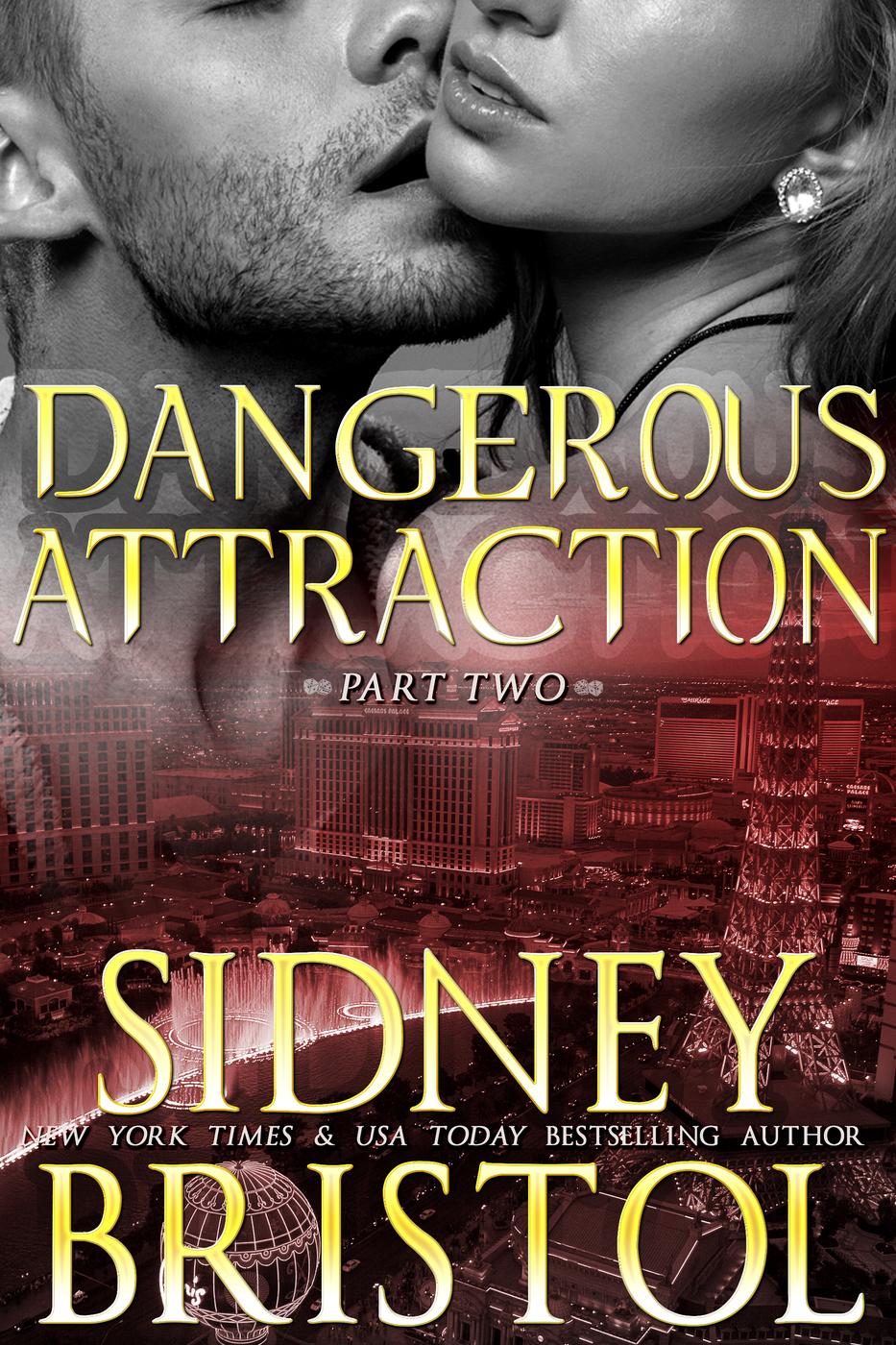 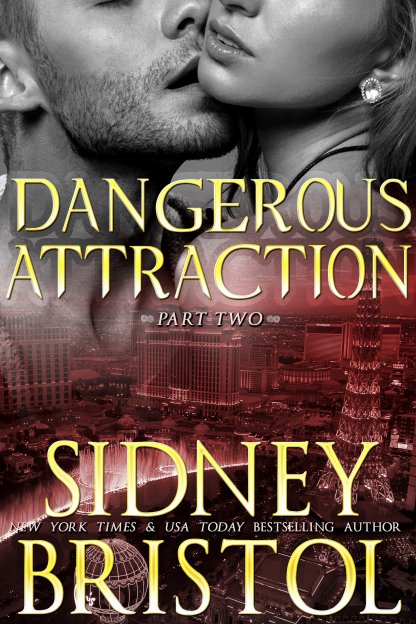 Ex-Navy SEAL Travis Ration is on the trail of a killer who kidnapped his girl. Bliss Giles is everything he can't have, but he's falling for her anyway. He won't rest until he's reclaimed the woman who unlocked his heart. But that will only be the beginning. He knows the real battle will be over her heart and mind, overcoming the horrors she's seen. There's just one thing Travis isn't prepared for. To fall in love with a woman who is now as broken and haunted as himself.

The hunters become the hunted in this tale of serial killers and SEALs for hire. One shattered woman must come to grips with her reality, a determined man out to fix her has to choose to love or run, and a killer is out for more than blood in this romantic suspense serial by NYT & USA Today bestselling author, Sidney Bristol.

Warning: It won't end happily ever after—this time. Get extra batteries, because nothing is safe.

Sometimes a little heartbreak is a lesson,

and the best thing to do is just learn the lesson.

T
ravis’ boots crunched with each step. The Nevada desert was rough terrain at the best of times. Today was not one of those.

The trail had deep ruts on either side just wide enough for an ATV to fit through. Acrid smoke hung low in the air from the house fire not even a mile away. The smoke mixed with the repugnant scent of death, decay, and animal feces, setting the tone for his foul mood.

He held his breath as he topped the hill and the crime scene unfolded in the small valley along the Muddy Mountain. A dozen or more forensics personnel from the Las Vegas police department clustered here and there around yellow markers.

Was this Bliss’ fate?

Would the serial killer treat her like he had these bodies? Or would he do worse?

Daniel Campbell might be the most dangerous serial killer on the loose in decades. And Travis had put Bliss squarely in the man’s crosshairs. This was his fault. The knowledge made him sick.

He should have told Bliss no when she insisted on going with him to rescue her sister, Wendy. If he’d known then that Daniel had Wendy’s entire family under surveillance, he’d have made a different call.

It should have been Travis Daniel went after, not Bliss.

“Travis, thanks for joining us.” Supervisory Special Agent Ryan Brooks strode toward him, arm extended. He breathed federal officer, from the close-cropped hair to the no-nonsense suit. He seemed a little out of place in the middle of the desert, but Travis wasn’t about to underestimate the man. He led the FBI’s Behavior Analysis Unit that specialized in serial killers.

Travis shook the agent’s hand and nodded at the man and woman at his back.

“I’m sorry to meet like this.” Somehow Ryan was able to cram sympathy and briskness into those few words. “This is SSR Connor Mullins and Jade Perez. The rest of our team is at the police station and Bliss’ apartment.”

“They find where the cameras are transmitting to?” Travis asked.

“Not yet, but our tech is working on that remotely,” Ryan replied.

After calling in Bliss’ abduction, it had only taken the cops thirty minutes to locate half a dozen cameras in Bliss’ home and five times that many at her sister’s residence.

The bastard had watched them make love, and then he’d taken her.

“Think you could walk us through what happened yesterday?” Connor’s voice rolled and lilted. Wherever the man was from, it wasn’t America, that was for sure. Travis’s money was on Ireland.

“Sure. Where do you want to start?”

“The beginning. Right now you are our only inside view into David Campbell’s life,” Jade said. The chilly December breeze blew her long, red ponytail over her shoulder.

“What about family? Co-workers?” Travis glanced between them. Someone had to know David better than him.

“Family is deceased, and he worked remotely from home the last two years. To our knowledge, you’re the only person that’s seen him,” Jade replied.

Travis might not be an FBI agent with all the training, but he could read between the lines. This was not good news for Bliss. He glanced over Ryan’s shoulder to watch a forensics guy dusting sand off a small mound.

“How many do you think are out there?” Travis nodded at the dump site.

“No telling. They’ve found remains starting at that stone,” Connor gestured at a large rock and then flung his arm wide, “to about fifty yards that way.”

“It will take a while to match all the bodies,” Jade said.

“Wendy said there were three men with her. Even if he kept three men between his kidnapping and dumping of the women that’s...twenty-four possible victims.” Travis’ stomach knotted further.

“Christ.” Travis shook his head. At the least, Daniel Campbell was responsible for forty lives lost once they factored in the women, and probably more.

“I hate to push, man, but we need to know what you know.” Connor took a step closer, standing between him and the scene.

“Yeah, yeah.” Travis nodded and dredged up that first memory of Bliss. “I went to records yesterday morning to pull the case files on the other women, look for similarities. Bliss walked in to report that her sister was missing. I figured, it’s the right time frame, the sister fits the profile, why not follow up on it? So we got some coffee, she told me what happened, that she saw her sister the night before, but yesterday she was gone. We went to Wendy’s house, and that’s when I found the security system had been tempered with. Digging back into the other cases, I was able to find out a few of them had security systems that were monitored by the same company. Between that, and the make and model of the car Wendy left in, we were able to track down David Campbell.”

“How did you know Wendy left in that car?” Jade asked.

“Wendy and her husband live in a gated community. We had a look at the security tape from the night before.” He was pretty sure those moments crammed into the security booth with her were the bedrock of this thing between them. Or maybe he’d been a goner from the moment she walked into the police station.

“But not Bliss?” Jade’s gaze narrowed.

“No. Wendy’s husband, Grayson, is rich. Her family isn’t. Bliss lives in an apartment complex about ten minutes away.”

“Why didn’t you call us or tell the cops when you located David Campbell?” Ryan asked.

“Because by then, Grayson had retained Aegis Group to get his wife back. I had to obey orders first.”

Travis ignored the comment. He was a SEAL. It was who he was. If the agent didn’t like it, he could fuck off.

“Why’d you bring her here? Why not leave her at her sister’s house?” Connor asked louder. The man was belligerent and starting to rub Travis the wrong way.

“Her sister’s mental state. She argued that I might do more harm to her than good if I had to manhandle her out of the situation. Since it appeared to be low risk, I agreed.” How did he explain to them the passionate way Bliss spoke? He was still positive that if he hadn’t taken her with him, she’d have done her best to follow him.

“Walk us through the rescue,” Ryan prompted. He glanced at Connor, who ignored the pointed look.

“I approached the house from the northwest on foot. I didn’t know at the time no one was home. I saw the path, followed it, and found Wendy. I had to tranq her to get her out of the cell. On my way back I saw that Bliss had driven up to the house. I made a beeline for the truck, secured Wendy in the back seat, and that was when I heard a shotgun blast. Bliss exited the house, followed by Daniel. I returned fire, covering her until she could get in the SUV, and we got out of there as fast as we could.”

“Did Wendy mention the other victims?” Jade asked.

“Yeah.” Travis nodded. “Called them Stumpy and something else. They told her about the other victims, how they wound up there.”

“According to Wendy, Daniel kills the men, who he calls his test subjects, around the time he takes a new wife, as he calls the women. He forced Wendy to marry him at a drive-through wedding chapel under the name of Daniel White.”

“Lali was able to track down a half dozen wedding licenses we think were Daniel’s aliases.” Jade shook her head.

“We think he’s doing that to Bliss?” Connor asked.

“She doesn’t fit his profile. She’s not blonde or born in Vegas,” Ryan said, not looking at Travis.

“What you’re saying is he’s probably using her as a test subject. He wants to get back at her for taking away Wendy.” Travis didn’t flinch from the truth. In the SEALs, they hadn’t had the luxury of ignoring the truth, and it wouldn’t change now. The only difference was him. The agony of knowing these terrible things were happening to Bliss. He’d change places with her in a heartbeat if he could.

“We don’t know that,” Ryan said quickly. “What else do we know about the victims?”

“Did Wendy say anything about the Psycho Club?” Connor asked.

“We need to talk to Wendy. Find out what she knows,” Ryan said.

“Good luck with that.” Travis chuckled bitterly. “Her husband has her on lockdown.” He curled his hands into fists. If he had the time to worry about Grayson Horton, he’d have already decked the guy.

“Where do we think he’s gone? He torched his house, abandoned his holding cells. The Buick was burned with the house. He has to have a plan,” Jade mussed out loud.

“He’s detail-oriented. He would have had a getaway plan. We aren’t dealing with a killer on the run yet,” Ryan said.

Travis had tracked criminals and terrorists across deserts, seas, and continents. He was going to find Bliss, and when he did, he would kill Daniel Campbell.

It was the first thought that swam up through the fog. Whatever party Bliss had gone to last night must have been something wild.

Who convinced her to go?

Her mouth was dry, and someone had let a herd of elephants loose in her head. It must be the landscapers. They always seemed to mow the tiny patch of grass outside her bedroom window for half an hour. They had the worst timing.

The bed lurched, and Bliss reached out to catch herself. Her hand smacked into a metal bar. Light stabbed her bleary eyes.

This wasn’t her bedroom.

She gasped for breath and blinked away the crud matting her eyelashes.

This could not be happening.

Bits of last night teased her memory, but she hurt so bad.

What was going on? Was she going to die?

Across from her, shelves lined the wall. Strapped in like precious cargo were glass jars.

She squinted. Where had she seen those before? It was recent.

Light slashed in through the window above her, illuminating the jars.

Daniel Campbell. She’d seen them in his house.

The diesel engine chugged loud enough to block out her thoughts.

She pressed her hand to her mouth and tried to pull her legs up, but the space was too narrow for her to do anything but lie on her back or maybe her side.

What happened? Where was she? Was Wendy okay? Had he hurt Travis?

Snatches of memory swirled in her head. They’d rescued Wendy, Grayson had arrived from London, and Travis had taken her home. After that it got a little fuzzy. They’d kissed and she knew there was more she couldn’t recall.