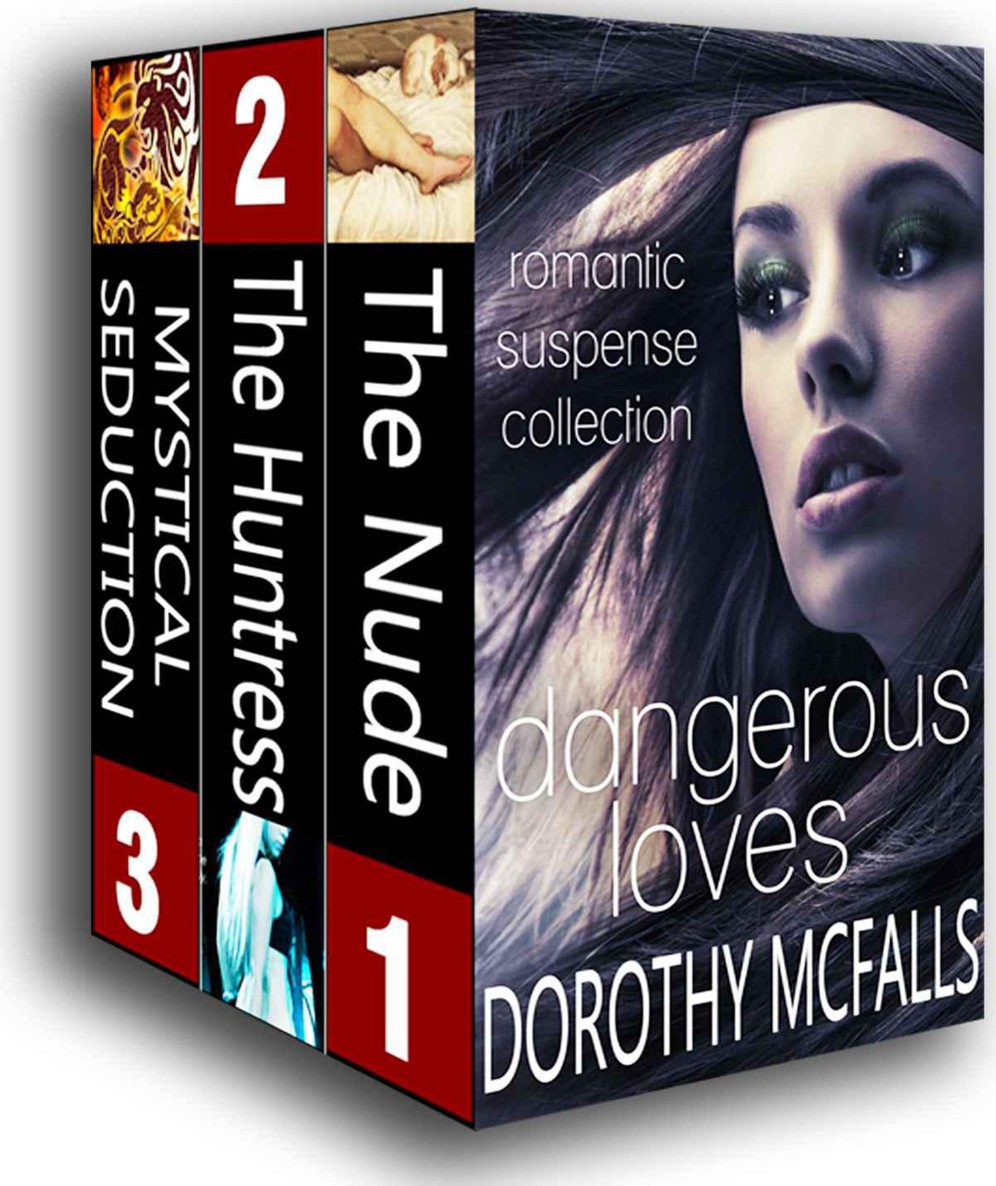 This story has always been for you, my personal hero.

And to my father, Robert Dollar McFalls

You were my best champion with my writing. I miss you dearly.

Writing a book can be a solitary and sometimes lonely endeavor. But like any passion in life, it’s rarely accomplished without outside support. My family has provided never-ending encouragement as I chased my dream of writing fiction, believing in me even when I forgot to believe in myself. My online buddies, especially Tracy Anne Warren and Mallary Mitchell, have let me share in their writing triumphs, which lately have been many. Can I be you when I grow up?

And I can’t say enough about my critique group partners: Nina Bruhns, Kieran Kramer, Vicki Sweatman, and Judy Watts. They are a group of talented writers who are unfailingly honest, cheerfully supportive, and quite simply a great group of friends. The next bottle of wine is on me.

Finally, my loyal readers, your emails and notes have touched my heart and have never failed to make me smile. I hope this book does the same for you. Bless you.

He’d finally lost his sanity. There was simply no other way to explain it. His breathing quickened as a solitary tallow taper sputtered, the bright orange flame turning smoky. Dionysus tore his gaze from his work long enough to search the cluttered workshop—the floor littered with discarded brushes and paints—for a replacement.

“Sir?” a servant called after tapping on the door. “Sir? Please, will you eat today?”

Dionysus, too absorbed in his work, lit a new taper and returned his attentions to the canvas. His heart thundered in his chest. He lifted his brush and pulled it slowly across the canvas—tracing the gentle curve of a thigh.

He’d only seen her briefly at the Baneshire’s ball. She was a widow, one of the grand matrons of the
ton
had whispered, after taking notice of his overlong stare. He could not, no matter how hard he tried, lift his eyes from the beautiful creature dancing—nay—floating like a gossamer faery across the glassy ballroom floor.

“She’s my niece,” the Earl of Baneshire had told him when asked. “Her husband died on a battlefield in France, poor thing. Left her without a
sou
. It appears his estate was mortgaged to the hilt.” The earl paused to watch his niece curtsy to the man she’d been dancing with as the set came to a close. “She’s just now out of mourning clothes. It warms my heart to see her in something other than widow’s weeds. I could introduce her to you.”

Dionysus’s heart had been hammering, like now. His palms had grown moist and his mouth dry.

Could it be her? Could it really be her?

“No, no, thank you,” he’d said with a bow. He didn’t even ask her name before finding a footman, before demanding his carriage sought and his cloak retrieved. No matter what, he could not stay.

That very evening he’d locked himself in his workshop, trying desperately to exorcise the demon that had stolen his sanity. He’d tossed aside six canvases before finally finding the right strokes and the right shades of pigment to create a portrait of the woman.

He held his breath, lightly tinting the tips of her breasts with a delicate paint prepared from powdered garnets. Her deep eyes from crushed sapphires. Her full lips from the dust of rubies.

As he stepped back, a wave of dizziness overtook him. He reached out to steady himself against a small worktable. He’d missed too many meals, lost too many nights of sleep. Pulling a shaky hand through his hair, he stared at the image in front of him.

Now that the work was finally finished and his obsession drained away, he could see what he’d done for what it was—madness.

Unable to lift his eyes from the painting, he sank to his knees. What had he been thinking? What had he created?

No one could ever see it.

But to destroy it, to deface the perfect image of
her
, would surely be echoed by the destruction of his soul.

His strength gone, Dionysus curled up at the base of his easel and fell asleep with her perfect ruby lips smiling down on him.

The breathless demand sailed into the tiny parlor where Elsbeth sat alone. Not a moment later the parlor door came crashing open. Elsbeth glanced up from her embroidery work and frowned. What excitement had caused her cousins to forget, yet again, that they were gentlewomen and well beyond the reckless age of sixteen?

“The exhibition promises to be the grandest event this week! You simply must want to come,” Olivia shouted as she dashed into the parlor. Lauretta, the younger of Elsbeth’s cousins, came trailing closely behind. The two ladies crowded around Elsbeth’s overstuffed chair.

“Papa already said we could attend, but only if
you
agree to chaperone,” Olivia said in an overeager tone. She tugged on Elsbeth’s sleeve, nearly ripping the tender pale-blue muslin.

Their exuberance brought a bitter pang to Elsbeth’s chest. They were both so innocent, so excitable. She paused, trying to remember what it truly felt like to be so mindlessly happy…

No matter, such foolishness only led to trouble.

She pried her cousin’s fingers from her arm. “I fear I’m suffering from another headache.” She set aside her embroidery—a table runner she’d been trying to finish for the past three months—and reached for the tea tray. A delicate Wedgwood cup clattered against the saucer in her hand while her conscience battled a silent war.

Her uncle, the generous Lord Baneshire, had invited her to come live with his family after her husband’s death. Although her options had been severely limited, she’d accepted his charity only after he’d agreed she could serve as chaperone to his two daughters for the Season.

She shouldn’t be shirking her duty to her uncle. Not after all he’d provided. It shouldn’t matter that the thought of mingling with the gossipy ladies of the
ton
frightened her all the way down to her trembling toes.

No, that wasn’t precisely correct. It wasn’t society she was afraid of facing—but herself. How could she live with herself when nearly everything that passed her lips felt like naught but a lie?

“La, you’ve suffered from a headache for the past week,” Lauretta said with a long sigh.

“Ever since Mama’s and Papa’s ball,” Olivia finished.

Ever since the ball. All gathered had praised her for her strength of character. And they praised her husband for his heroism.

Elsbeth winced, and thought just how undeserving they were of those praises. But she’d accepted their words, agreed with them even though she felt by no means strong. And her husband…She shuddered at the thought of him; her husband was certainly no hero. He’d been just a man…a man foolish enough to be shot by a Frenchman a mere six months after purchasing his commission.

“Yes,” she agreed, yet another lie forming on her tongue. “I haven’t been well since the ball.”

Her gaze strayed to the new pile of invitations that had arrived in the morning post. Her husband’s dead hero status—a by-product of a brutal war—had made her a curio, a much sought after one at that.

Despite the
ton’s
eagerness to include her at their entertainments, Elsbeth had discovered she was unready to face the
beau monde
and continue the charade. She planned to pen gracious refusals, delaying her full return to Society for at least another week.

As if a week could change the truth.

“Ask your Aunt Violet if you’re so anxious. She should enjoy the frivolities of such an art exhibition.”

Olivia swooped down beside Elsbeth’s chair. “But you’re ever so good at puzzles,” she said, her hazel eyes coming alive with color. “Shouldn’t you want to attend the art exhibition? Shouldn’t you want the chance to discover the true identity of Dionysus?”

Olivia inched closer. “Imagine, all those fantastic paintings. They say a nobleman paints them. But no one knows who. His identity is more carefully guarded than Sir Walter Scott and his Waverley novels.”

“Wouldn’t it be grand if Dionysus were my Donald?” Lauretta whispered. “Wouldn’t it simply be grand?”

Sir Donald Gilforth was a fine young gentleman perfectly suited to the mild Lauretta, and dull. Exceedingly so. He couldn’t possibly be this mysterious Dionysus, this new artist fueling the gossips.

Elsbeth sighed. She
was
curious about the paintings. She would like to see for herself if—

A sharp pain struck her heart.

“Ah—she doesn’t give us the company you do,” Olivia quickly said, sending her younger sister a quelling glance.

“I understand very well why you prefer me over Aunt Violet. I allow you and Lauretta to disappear with your beaus unescorted. She does not.”

Lauretta and Olivia both lowered their pretty heads. Tears sparkled in their eyes. It was the lowest trick in their arsenal. She hated to disappoint the lovely girls. Olivia, the elder of the two, had recently turned one-and-twenty, and Lord Baneshire was beginning to openly despair that she’d ever settle on a man long enough to marry. Lauretta, on the other hand, at merely eighteen was lost in love.

Elsbeth reached over to pat Lauretta’s hand. “Will Sir Donald Gilforth be in attendance?”

“Oh, yes, he’s promised to explain the finer points of the paintings.”

“Truly?” Elsbeth said, and felt the tug of a rare smile. Lauretta was something of an artistic genius and could tell Sir Donald volumes more about the paintings than he could possibly think to tell her.

“If I refuse, you will no doubt badger me the entire afternoon. At least at the art exhibition your attentions will be on something other than me.”

Both of her cousins remembered their manners long enough to thank her politely before dashing away like unschooled hoydens.

The carriage rocked and swayed. The horses’ hooves clopped a steady beat on the pavement as they approached Montagu House, the stately building that housed the British Museum. It was located in the middle of the affluent residential neighborhood of Bloomsbury. Having visited its exhibits several times with Lauretta in the past few weeks, Elsbeth knew the building well. And she usually enjoyed the museum. But unlike her regular visits, this event turned out to be a quite a crush. She should have known it would be. Hadn’t Olivia warned her?

Her cousins led the way into the special exhibition room, their eyes wide. The three of them squeezed their way past a throng of young gentlemen and a pair of giggly young ladies with their stone-faced chaperone, stopping in the first unclaimed niche adjacent to a small painting framed with ornately carved mahogany.

A Step Beyond by Christopher K Anderson
Shattered by Kailin Gow
A Notion of Love by Abbie Williams
Hemlock At Vespers by Tremayne, Peter
The Final Solution: A Story of Detection by Michael Chabon
Star Trek: The Original Series - 082 - Federation by Judith Reeves-Stevens, Garfield Reeves-Stevens
From the Earth to the Moon by Jules Verne
And the Show Went On: Cultural Life in Nazi-Occupied Paris by Alan Riding
Echoes of Justice (DI Matt Turrell Book 2) by JJ Franklin
His Mating Mark by Alicia White
Our partner