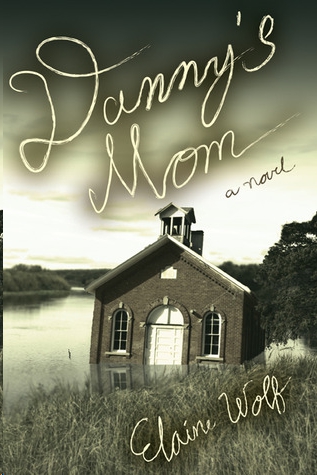 This is a work of fiction. Names, characters, places, and incidents are from the author's imagination or used fictitiously. Any similarity to real persons, living or dead, is coincidental.

All Rights Reserved. No part of this book may be reproduced in any manner without the express written consent of the publisher, except in the case of brief excerpts in critical reviews or articles. All inquiries should be addressed to Arcade Publishing, 307 West 36th Street, 11th Floor, New York, NY 10018.

Arcade Publishing® is a registered trademark of Skyhorse Publishing, Inc.®, a Delaware corporation.

To Ira, my remarkable husband.
And to Adam, my wonderful son.

And to all those teachers who go above and beyond.

The present changes the past. Looking back
you do not find what you left behind.

The Inheritance of Loss

Woman must come of age by herself.
She must find her true center alone.

Gift from the Sea

P
eople would say it began with the snow. Yet in the end, I could see it started long before last winter.

Danny was in his room while Joe and I argued about letting him drive that night.

“Jesus Christ, Beth!” Joe said as he stepped from the bathroom. “You've got to let him grow up already. We've been through this a hundred times.”

“Please, Joe.” I spoke softly, anxious to hide our quarrel from Danny.“I know you told him he could go to Noah's, but another storm's coming. It's not safe for him to drive.”

Joe leaned into the doorframe and sucked in a long breath. His citrus shaving cream perfumed the hallway.

“If it wasn't safe, do you think I'd let him go? You have to stop babying him.”

My stomach twisted.
What's the matter with you, Joe?
I wanted to say.
I'm not babying him. I'm only treating him like a seventeen-year-old who just got his license.
But my mouth filled with cotton; I couldn't push the words out.

“And don't change our plans with Tom and Callie,” he went on. “I've been thinking of that steak all week. I'm not staying home to play chauffeur tonight. Danny doesn't need us to drive him anymore.”

That's when Danny came out of his room.

“Please, Mom.” His eyes found mine. “Dad said I could go. I already told Noah. And all the other parents said yes. Even the girls'. Please, Mom.”

“Come on. You gotta let me. I won't take Dad's car. I'll take the Buick. Airbags and anti-lock brakes, right?”

“I'll wear my seatbelt. Promise. And anyhow, it's not even snowing yet.”

Then Danny hugged me—just like that. Standing there in the hallway, in the summer scent, in the dead of winter, my son wrapped his arms around me. I felt the muscles he'd been working on since September.

Joe and I were at The Bay View Steakhouse with Callie and Tom Harris, our closest friends, when it happened. We had taken Tom's Jeep because Tom knows storms brew quickly in the Northeast.

That's why I should have said no.
No, Danny. You can't drive to Noah's later. It's gonna snow again.

That's what my father would have urged me to say if only I'd have called him.
Joe's wrong on this one, honey. Just tell Danny he can't take the car tonight. How long do you think he'll stay mad at you?
Dad would have told me what I already knew: A teenager's resentment melts faster than snow.

Before the accident, I hadn't seen my father cry since the first time he heard me sing to my newborn son:

Mama's gonna buy you a mockingbird.

“Your mother used to sing that to you, Beth,” Dad said, stroking Danny's tiny hand. “She would've been so happy and so very proud of you.”

Then my father reminded me—as he always did—that after my mother died, I began biting my lower lip, chewing on it until a frayed, bloody rim outlined its edge. What I remember is that when I was seven and eight, toothpaste burned when I brushed.

After the accident, Dad came to see me every day for three weeks. Then I went back to work. Joe had headed off to JM Construction after only a week. Now everyone said I had to get back to Meadow Brook High School: Joe, Callie, even Bob Andrews, my principal, who had paid a visit and called a couple of times.

“Take as long as you need,” Bob told me. “You've got plenty of unused sick days. But you know, Beth, the counseling center isn't the same without you, kiddo. So…well…maybe it's time to come back. Nobody else in Meadow Brook appreciates my ties.”

I pictured my principal strumming his mustache and showing off his Beatles collection. Bob owns every Beatles CD and an assortment of Beatles ties, each illustrating a song. Whenever Bob wore one, he would find an excuse to come to the counseling center, where I'd guess the title and sing a line or two.

I don't know why, but I never forget lyrics. Tell me a phone number, it's gone in a second. Lyrics, though, live in my head forever.

But not in Joe's; he rarely remembers the words. Yet he loved to sing. He even signed us up for a song contest when Danny was in fourth grade. Winter vacation, 1993. We had gone to one of those old-fashioned family hotels with a never-ending agenda of silly games—bingo, charades, Name That Tune. In this particular contest, the activities director shouted a word and family teams had just one minute to call out songs with that word in the lyrics. We won G
RAND
C
ATSKILL
R
ESORT
T-shirts when I came up with eleven tunes for
star.
Danny high-fived me that whole afternoon.

He was good with lyrics too, even at that age. He loved music, though he never took up an instrument—unless you count his three-week stint with the trumpet, which he begged for when he was nine. That ended when the teacher told us Danny had to practice more, and Danny pleaded with me to let him quit.

So I admit Joe was right when he used to say Danny had two speeds:
no interest
and
passion.
The summer after tenth grade, Danny went to the British Virgin Islands with a student group of volunteers and came back a do-goodnik craving spicy chicken and reggae.

Joe smiled whenever he told anyone Danny helped build a house in Tortola. And to Danny he said, “Building's good, son. It's like I always say: If you can build a house, you can do anything.”

After Danny came back from Tortola, reggae seeped through our house, filling the air with sad tales trapped in happy beats. Danny taught me to dance to it, to let the music pull my hips while my feet stayed still. We sang along with Bob Marley: “Buffalo Soldier”; “Get Up, Stand Up”; “I Shot the Sheriff.” Sometimes Joe sang with us. And though he mangled the words, he tried all the same.

But Joe stopped singing after the accident. I noticed the silence when he showered. No reggae or pop classics booming through the spray. No humming my wake-up call while he dressed for work.

It didn't matter, though, that morning I went back to Meadow Brook High School. I didn't need help getting up; a nightmare jolted me awake.

I see it still, this dream in which I race to the tennis courts for Danny's match. Noah's on Court 1. He's playing without a partner.

I spot Eric's mother in the parents' line up. “Joan, have you seen Dan?”

That dream clung to me as I pulled myself out of bed. And though hot sweat soaked my nightgown, my icy bones didn't thaw. I wrapped myself in my navy flannel robe and worked my way downstairs.

The coffee maker hissed as I called Callie. Tom answered the phone.

“No way. It would take a miracle to sleep around here on a school day.” Tom hesitated, as if deciding what to say next. “You okay?” he finally asked.

I battled tears. “Sure. I just need to talk to Callie.”

I didn't hear Tom call Callie, but I did hear Ellen, their older daughter: “Dad, it's not fair! Mom said
I
could borrow her sweater, and stupid Mollie won't take it off!”

When Callie picked up, I cried.

“Another dream?” she asked.

“Yes. And Cal, I don't think … I don't think I can go back yet. It's only three weeks since … since the accident.” As I said those words, I didn't know that everything had already changed for me—even Meadow Brook High.

“So here's the deal,” Callie said, knowing I wasn't ready for before-school hall traffic, well-wishers at my office door, and teens who have problems and futures. “I already spoke to Bob. He's arranging first period coverage for me. It's just my photo class. They can
have a study hall. So get yourself together. I'm picking you up at eight.”

“Sure you can. You have to go back to work. You can't just sit around and cry all day. That doesn't do anyone any good.”

I couldn't think of what to say, so I poured a cup of coffee and waited for Callie to tell me what to do next.

“Beth, you hear me? You have to get ready now.”

Silently, I took a swig from my favorite mug, the one with Mom written on it.

“Just put on your gray dress with that scarf I gave you for your birthday,” Callie instructed. “And don't worry about make-up or anything. I'll be there soon. Bob'll have my head if I'm not in by second period.”

Then I called Dad to check in—despite the early hour. I needed his familiar
Hey, honey. How's my girl?
In the last few weeks, I had come to count on him as a bellows for my lungs, as if I couldn't get enough air until I'd hear my father's voice.

I lied and told him I was fine.

“Callie's picking me up. I don't know what I'd do without her.” I swallowed hard. “And without you, Dad. Thanks.”