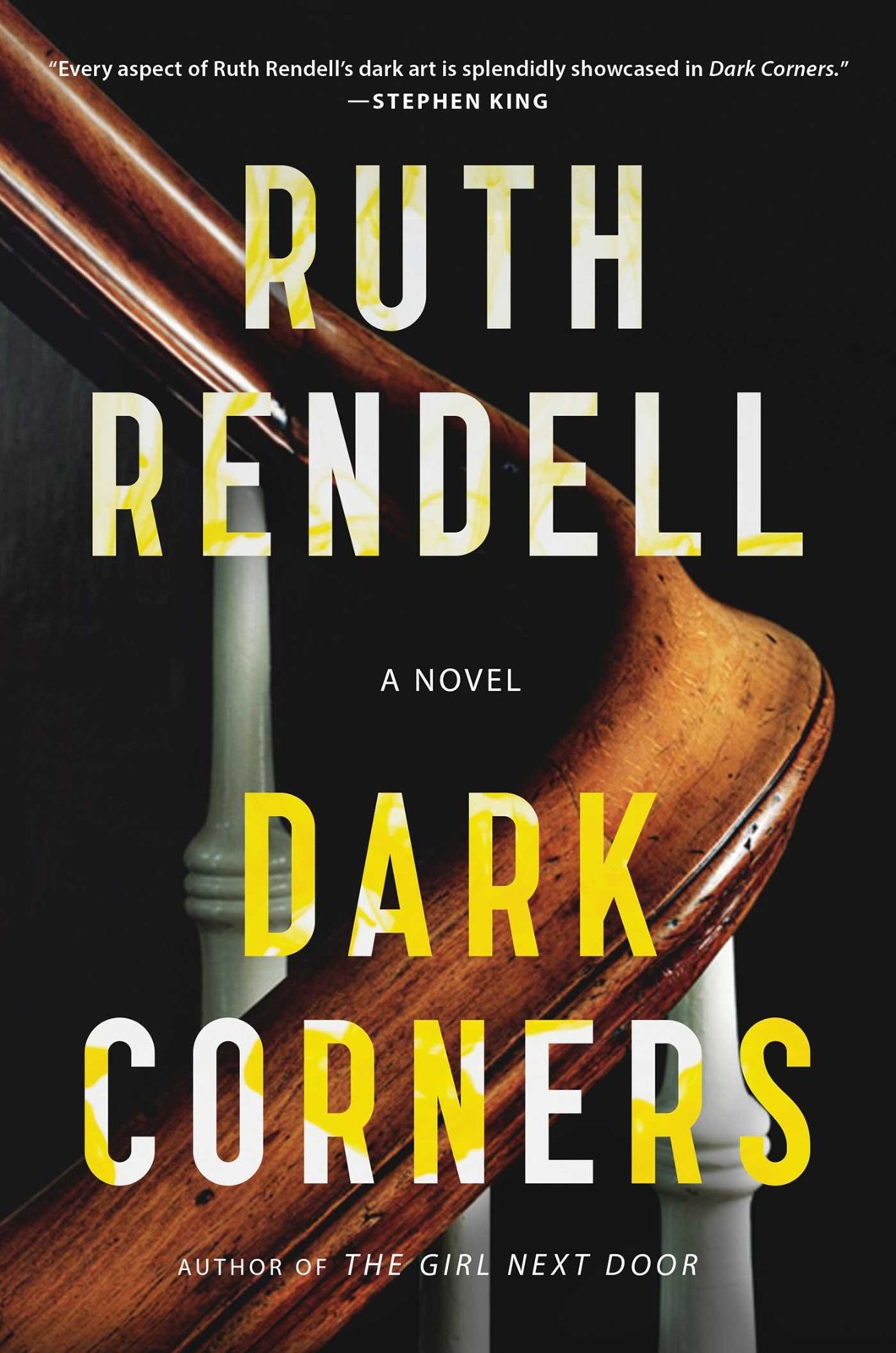 When Carl sells a box of slimming pills to his close friend, Stacey, inadvertently causing her death, he sets in train a sequence of catastrophic events which begins with subterfuge, extends to lies, and culminates in murder.

In Rendell’s dark and atmospheric tale of psychological suspense, we encounter mistaken identity, kidnap, blackmail, and a cast of characters who are so real that we come to know them better than we know ourselves.

Infused with her distinctive blend of wry humour, acute observation and deep humanity, this is Rendell at her most memorable and best.

Ruth Rendell
was an exceptional crime writer, and will be remembered as a legend in her own lifetime. Her ground-breaking debut novel,
From Doon With Death
, was first published in 1964 and introduced readers to her enduring and popular detective, Inspector Reginald Wexford.

With worldwide sales of approximately 20 million copies, Rendell was a regular
Sunday Times
bestseller. Her sixty bestselling novels include police procedurals, some of which have been successfully adapted for TV, stand-alone psychological mysteries, and a third strand of crime novels under the pseudonym Barbara Vine.

Ruth Rendell died in May 2015.
Dark Corners
is her final novel.

FROM DOON WITH DEATH

A NEW LEASE OF DEATH

WOLF TO THE SLAUGHTER

THE BEST MAN TO DIE

NO MORE DYING THEN

MURDER BEING ONCE DONE

SOME LIE AND SOME DIE

SHAKE HANDS FOR EVER

PUT ON BY CUNNING

THE SPEAKER OF MANDARIN

AN UNKINDNESS OF RAVENS

THE BABES IN THE WOOD

NOT IN THE FLESH

THE MONSTER IN THE BOX

TO FEAR A PAINTED DEVIL

THE SECRET HOUSE OF DEATH

ONE ACROSS, TWO DOWN

THE FACE OF TRESPASS

A DEMON IN MY VIEW

A JUDGEMENT IN STONE

THE LAKE OF DARKNESS

MASTER OF THE MOOR

THE TREE OF HANDS

THE KEYS TO THE STREET

A SIGHT FOR SORE EYES

ADAM AND EVE AND PINCH ME

THE GIRL NEXT DOOR

AN INTERVIEW WITH RUTH RENDELL

‘But why the fascination with psychopaths? …

“Well,” Rendell says in her precise voice, “I do empathise with people who are driven by dreadful impulses. I think to be driven to want to kill must be such a terrible burden. I try, and I think I succeed, in making my readers feel pity for my psychopaths, because
I
do.”’

FOR MANY YEARS
Wilfred Martin collected samples of alternative medicines, homeopathic remedies and herbal pills. Most of them he never used, never even tried because he was afraid of them, but he kept the lot in a cupboard in a bathroom in his house in Falcon Mews, Maida Vale, and when he died they went, along with the house and its contents, to his son Carl.

Carl’s mother recommended throwing it all out. It was junk, harmless at best, possibly dangerous, all those bottles and jars and sachets just taking up room. But Carl didn’t throw it out because he couldn’t be bothered. He had other things to do. If he had known how it, or one particular item among all the rest, would change his life, transform it, ruin it, he would have emptied the lot into a plastic bag, carried the bag down the road and dumped it in the big rubbish bin.

Carl had taken over the former family home in Falcon Mews at the beginning of the year, his mother having moved to Camden when his parents divorced. For a while he thought no more about the contents of his bathroom cupboard. He was occupied with his girlfriend Nicola, his novel
Death’s Door
, which had just been published, and with letting the top floor of his house. He had no need of those two rooms plus kitchen and bathroom, and great need of the rent. Excited though he was about the publication of his first book, he was not so naïve at twenty-three as to suppose he could live by writing alone. Rents in central London had reached a peak, and Falcon Mews, a crescent looping out of Sutherland Avenue to Castellain Road in Maida Vale, was highly desirable and much sought-after. So he placed an advertisement in the
Paddington Express
offering accommodation, and next morning twenty prospective tenants presented themselves on his doorstep. Why he chose the first applicant, Dermot McKinnon, he never knew. Perhaps it was because he didn’t want to interview dozens of people. It was a decision he was bitterly to regret.

But not at the beginning. The only drawback Dermot seemed to have was his appearance – his uneven yellow teeth, for instance, his extreme thinness and round shoulders. But you don’t decide against a tenant because his looks are unprepossessing, Carl told himself, and no doubt the man could pay the rent. Dermot had a job at the Sutherland Pet Clinic in the next street and produced a reference from the chief veterinarian there. Carl asked him to pay each month’s rent at the end of the previous month, and perhaps the first mistake he made was to request that it be paid not by transfer into his bank account, but in notes or a cheque in an envelope left at Carl’s door. Carl realised that these days this was unusual, but he wanted to see the rent come in, take it in his hand. Dermot put up no objection.

Carl had already begun work on a second novel, having been encouraged by his agent Susanna Griggs to get on with it. He didn’t expect an advance payment until he had finished it and Susanna and his editor had read and accepted it. There was no payment promised on paperback publication of
Death’s Door
, as no one expected it to go into paperback. Still, what with being both a published author with good prospects and a landlord receiving rent, Carl felt rich.

Dermot had to enter Carl’s house by the front door and go up two flights of stairs to get to his flat, but he made no noise and, as he put it, kept himself to himself. Carl had already noticed his tenant was a master of the cliché. And for a while everything seemed fine, the rent paid promptly in twenty-pound notes in an envelope on the last day of the month.

All the houses in Falcon Mews were rather small, all different in shape and colour, and all joined together in long rows facing each other. The road surface was cobbled except for where the two ends of the mews met Sutherland Avenue and where the residents could park their cars. The house Carl had inherited was painted ochre, with white window frames and white window boxes. It had a small, very overgrown back garden with a wooden shack at the end full of broken tools and a defunct lawnmower.