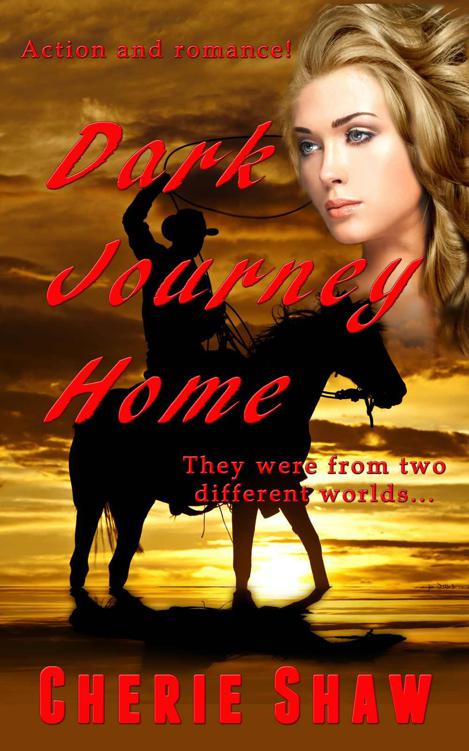 This
is a work of fiction.  Names, characters, places, and incidents either are the
product of the author’s imagination or are used fictitiously.  Any resemblance
to actual persons (living or dead), events, or locales is entirely
coincidental.

To my father, Harry.  A brave and honest cowboy.

The fog lay heavy on the already darkening narrow
cobblestone streets and alleyways of London.  At intervals the gas lit street
lamps struggled to show a glimmer of light.  It was gloomy, dreary and damp.  Nothing
unusual.  Crime of every sort imaginable lay rampant on those narrow dark
streets at night.

The shrill laughter of a tavern wench cut through the
haze, as a tall, though bent, shadow of a man staggered slowly through the
confines of the thick smog.  His clothing was ragged and damp, his hair long
and matted.  He sighed, stifled a groan, deeply grateful for the fog cover, amid
the darkness of night, just barely aware that morning lay only a few hours
away.

As ghostly human shadows made their way from one gloomily
lit pub to another, the man staggered on, hoping for some form of shelter
before he fully collapsed from exhaustion and injury, along with total neglect
during the past years.  He quietly gasped for breath, one choking breath after
another, fearing to fully relax among the unknown, unfamiliar surroundings.

It was imperative that he find shelter quickly, as in
his weakened state he knew that every second counted, and when daylight came he
may well be found and taken back to the belly of the cargo ship he had escaped
from just twelve hours before.  The fog would lift somewhat during the daylight
hours, and he would no longer be hidden in the fog’s safety net.  As Logan made
his way slowly, through what he now hoped was an alleyway, though narrow and winding,
there were no gas lamps to attempt to light the way, and his procedure, slow
and labored that it was, was well hidden.  The stench from overflowing garbage,
and open sewage sickened his already deteriorating senses as he struggled
through the rat-infested litter.  No matter, as something shifted across his
foot, he was beyond caring or feeling.  This was still heaven, compared to the
surroundings and abuse he had suffered during the years of his captivity on the
high seas.  Six years?  Had it really been that long?  Maybe more like seven or
eight.  He wasn’t at all sure……. possibly eight.

Logan
Wakefield tried to keep his mind active and alert, as he thought back to that
night long ago.  It had been at the docks of Seattle.  Yes, that was where he
had been drinking heavily with his new-found friend.  Ha!  Some friend!

Before that fateful night Logan had spent three long
years panning for gold in the Alaska gold fields and was on his way home to Wyoming.  He’d finally had a particularly eventful past year, and had turned in his small
fortune of gold dust to a Seattle bank account under his and his father’s
names.  Logan knew the money would be safe in his father’s name as well as his,
until he could start up a small cattle ranch.  The faded bank receipt had been
thoughtfully stuffed inside the lining of his left boot, and even though faded
now, it was still there, probably water-soaked too, but he could still feel it
was in there.  Surprisingly enough the captors hadn’t thought to search his
boots.  He’d dreamed of starting up a small spread ever since he’d first worn
long pants, and had struggled for years with that thought in mind, saving every
dollar he had made punching cattle, before finally giving the Alaskan gold fields
a try.  That had finally paid off!

Now, after all those wasted years at sea, just where
in hell was he???  He thought probably London, just guessing, though maybe he’d
heard the name somewhere on board ship.  He wasn’t sure of anything anymore.

One thing had kept Logan going during all those years
at sea, his strong belief that somehow, some way, he would escape, and finally
return home to start living again.  He would return to the mountains and
prairies, finally viewing them from between the ears of a horse, even any old
broken down nag would do now.

He wondered just how many of his string of mustangs,
he’d captured and saddle-broke, his pa would have kept.  He could always get
more.

It had been many years since he’d sent pa that wire
from Seattle, telling him that he was on his way home to Wyoming.  He’d briefly
mentioned finding enough gold dust to begin the ranch and opening the bank account.
Seth Wakefield, Logan’s father, was a fine hard-working man, set his sights on
raising horses on his small spread twenty-five miles northwest of Buffalo, in Wyoming territory and that was where he’d raised his family.  Logan had also mentioned in the wire that he would be looking to buy a small herd of cattle
on the way home, so to expect him when he got there.  Yes, it had been a lot of
years since he’d sent pa that wire.  Had he given Logan up for dead?  He didn’t
think so, knowing that old man.  His mother, Cassandra, was a strong western
woman, hard as nails, but soft with her family, and she did fit well on the
horse ranch.  He wondered how she was doing but restrained himself from
thinking too much of home.  He also wondered how well his parents had aged
during the past years, though he needed to keep his mind on the present.  Also
just how the hell had a Wyoming boy ended up halfway across the world, on the
dark side of Hell. Maybe he’d figure it out sometime.

Seattle
, the end of
everything and the beginning of nothing.  Years had been stolen from his young
life.  How old was he now?  He figured maybe thirty, or more.  Not sure.  He’d
been celebrating that night so long ago along the waterfront of Seattle, a large shipping port.  He had been treating a new-found friend, a bloke named
Jeremy, to many mugs of ale, and spending a bit of the gold dust he’d held back
to buy supplies and a good sturdy cattle horse for the trail home.  In
hindsight he’d remembered all too well that Jeremy hadn’t been imbibing nearly
as much ale as he’d been buying for him.

He had planned to travel part of the way home by stage
then by horse the rest of the way.  He thought of purchasing a small herd of
cattle on the way and hiring some hands to help push them towards home.

Logan and his friend Jeremy were soon joined by
another character named Charlie.  Jeremy seemed to know him, but never admitted
to it.  Charlie was an unsavory character by appearance, but Logan was so far
into his cups by then, that everyone seemed to be a friend.  All buddies.  Pals.
They slapped each other on the back and sang loudly, one bawdy song after
another.

The friendly, plump tavern wench went about collecting
empty mugs, and refilling others, always making sure that Logan’s cup was continually
full of the foaming brew.  What a setup.  Logan was usually a smart and careful
man; all the years in the rough goldfields had trained him well in that
respect.  He’d gotten careless.  His pa raised him better than that.

All three men finally left the tavern, planning to
seek another establishment along the waterfront, though Jeremy and Charlie, in
their friendly way, convinced Logan that he’d had enough celebrating, and
needed to be assisted back to his hotel room.  As they each took an arm they proceeded
to do just that.  Logan was in high spirits now, but through the haze of his
thinking, realized that he needed to get some rest for the long trip home.

Jeremy, or maybe it was Charlie, (he never did get
their last names), told Logan that they’d come by the hotel in the morning to
see him off and tell him goodbye.  Suddenly realizing the men were helping him
walk along the darkened pier, Logan saw many ships tied up, and one was lit
with lanterns while sailors were busy loading merchandise onto the decks. Logan slurred, “Wait a minute boys, this isn’t the way to my hotel, and we’re jush goin’
back through the docks.”  He never did figure out which one of his ‘friends’
had slugged him from behind.

Logan Wakefield woke up twenty-four hours later with a
worse headache than he’d ever had in his entire life, deep in the belly of a
heavily loaded cargo ship, far out to sea.

Shanghaied!  That was years ago.  Long and torturous
years.  He had finally found his one slim chance to jump ship and under cover
of darkness and smog, he’d done just that.  But hell, he was halfway across the
world from home, now how to get back?

In his weakened condition, Logan tried to recapture
the memory of his beloved hills and plains of Wyoming territory.  The vision
was vague, but was there none-the-less.  That memory had kept him going, even
during the gold-fever years in Alaska, but mostly in the belly of the cargo
ship during his years in captivity.  He’d been exhausted from hard,
backbreaking labor.  There had been much sickness among the shipmates, and many
deaths at sea.  Then every few weeks or more, two or three new captives had
been brought aboard.  The small ration of food they were given wasn’t fit to
eat, but Logan was a survivor, and though he’d lost much weight during the
first months, he’d built muscle, more than he’d even had before, which had been
substantial.

Some of his memories were hazy, but he mostly
remembered Seattle in vivid color.  He would never forget the faces of Jeremy
and Charlie, the two thugs who’d ruined his life.  He hoped he’d run into them
some day, and with a vengeance he would deal out proper sentencing and
destruction to those two.  Logan blamed himself somewhat too though, as he had
really been stupid that night to trust strangers, not figuring out the obvious
for himself.  He had known better.  Yet he would still make those two wish
they’d chosen a different occupation.  And Logan would be stone-cold sober then
too.  He didn’t believe he would ever touch alcohol again, in any form.

Logan Wakefield had awakened those many years ago in
that creaking cargo ship, the Red Dragon, under the ownership and control of
Captain Devlin.  A cruel, inhuman sort of character.  Logan had for several
days after, the worst headache of his life.  There were about fifty other men
in the same hold of the ship.  The place was akin to a dark, dank dungeon, and
was to be his home for years to come.  It was the beginning of Hell on earth (
actually
Hell on water
) and far out in the briney sea.