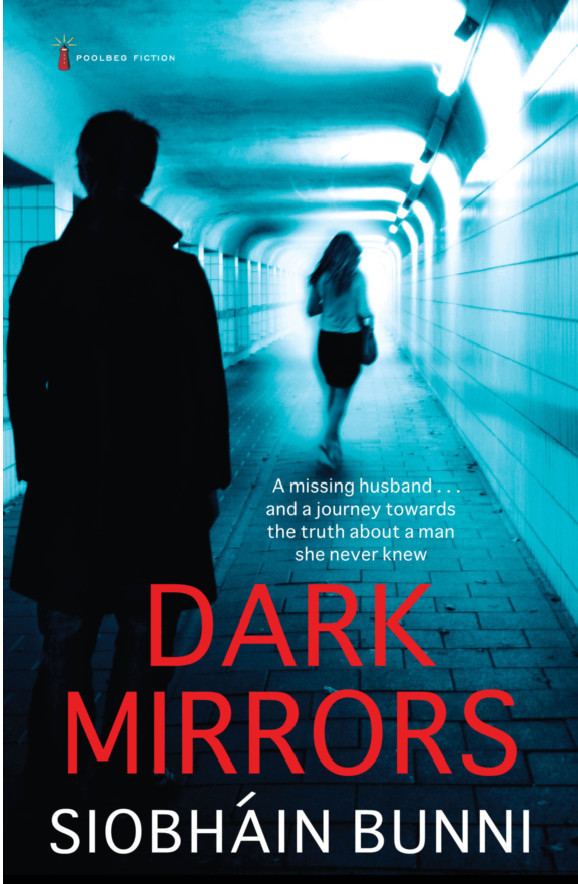 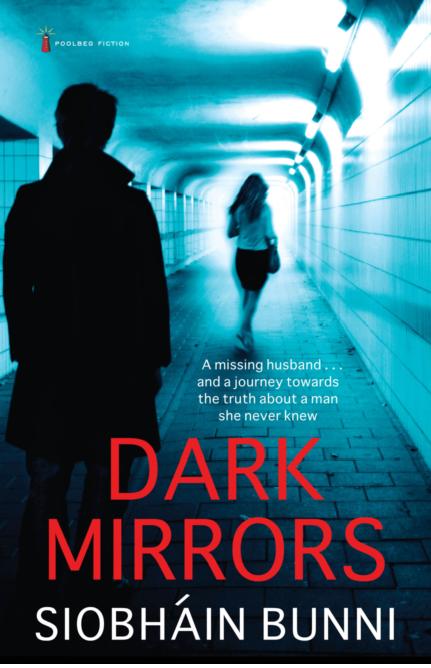 This novel is entirely a work of fiction. The names,

characters and incidents portrayed in it are the work of the

living or dead, events or localities is entirely coincidental.

All rights reserved. No part of this publication may be reproduced or transmitted in any form or by any means, electronic or mechanical, including photography, recording, or any information storage or retrieval system, without permission in writing from the publisher. The book is sold subject to the condition that it shall not, by way of trade or otherwise, be lent, resold or otherwise circulated without the publisher’s prior consent in any form of binding or cover other than that in which it is published and without a similar condition, including this condition, being imposed on the subsequent purchaser.

Born in Baghdad, Iraq, Siobháin is one of six children born to her Irish mother and Iraqi father. She was educated at Kylemore Abbey, Connemara, and then graduated from the College of Marketing & Design in Dublin. She and husband Ross live in Malahide, County Dublin, with their three children.

This book, despite its considerable life cycle, has passed through very few hands, but each touch has had a profound impact on its progress and for that I have to say a few thank yous:

To Nadia and Lara for their positive feedback on a dreadful first draft! Thanks for telling me it was great.

To Emma Walsh, for a first professional view on a raw manuscript.

To Mary in Village Books, Malahide, for her advice and guidance
at a time when I faced a wall and found it hard to get over.

To Susan Feldstein for her astute and constructive critique that helped me move this book to the next level.

To Fiona Barron for her legal expertise and contributions.

To the team at Poolbeg, in particular Paula Campbell: Thanks for reading and re-reading the various drafts of
Dark Mirrors
, for your suggestions and direction. Thanks for taking a risk and trusting me to deliver the finished manuscript. Thanks for saying yes and making me smile wider than I’ve done in years. And to Gaye Shortland, thanks for putting manners on my writing, for your razor-sharp instinct, attention to detail and expertise in turning this rock into a shining diamond.

Apart from those mentioned above, I owe a huge debt of gratitude to a number of people who have advised, guided and supported me in a multitude of ways throughout this entire process:

To Vanessa O’Loughlin at Inkwell for her recommendations: a fantastic resource for writers.

Thanks to authors Michelle Jackson and Conor Bowman for giving me the advice I needed to avoid making a huge publishing error: glad I listened.

To my past colleagues at Eason, who joined me on the last leg of this journey, in particular Maria Dickenson for her good counsel, Stephen Boylan for his patience in listening to me babble, and Alan Johnson for sharing his knowledge and expertise. For Cormac, Wilf, Brian and Rita, who became enthusiastic sounding boards
and made this final stretch a whole lot of fun. Their goodwill and genuine faith in my abilities gave me the final push that was needed to get this book finished. Thanks also to Ruth, Lynn, Kevin, Derek,
Eamonn, Sandra, Anthony, Niall, Patricia, Claire, Caoilfhionn, and the two Davids, O’R and O’C. It’s been emotional!

And Melanie, thanks for listening when I needed an ear, thanks for the advice and the laughs. Just what the doctor ordered.

A special thanks to my parents, Nael and Anne, and my siblings, Nadia, Layth, Lara, Layla and Lydia who have been there for me throughout. A special mention, though, needs to go to Lara for her constant and persistent nagging – yes, nagging. She is one of the reasons why this piece of work was never far from my mind. So Lara, I’m delighted to say, the story is . . . it’s done. And as for my brother Layth, well, thanks a bunch, bro – you’re the best.

To my husband Ross: thanks for your enduring patience and encouragement and for being there when it mattered. Thanks for your creative spark that helped shape and name this book.

And to my incredible children, Daniel, Lara and Lulu: you are the guys that make me smile every day without fail. Thanks for not minding on those days and evenings when I was busy typing away instead of hanging out with you. When you’re old enough to read this, I hope it will make you as proud of me as I am of you.

For my husband and best friend Ross, and the greatest kids a mum could ask for, Daniel, Lara & Lulu,

Her eyes opened as the weight of his body depressed their mattress. The smell of perfume and alcohol drifted into her slumber while a shaft of cold air chilled the warmth beneath the duvet. She did her best to keep her breathing steady, and inhaled deeply to catch that scent again. It was a sweet smell, slightly musky with essence of heather. Or was it lavender? She wasn’t quite sure. A sickly smell. Not his aftershave and certainly not her own perfume.

Well, she silently acknowledged, at least he’s come home this time. And, closing her eyes, she let the familiar pictures form of her apparent rival. She assumed, despite his consistent denials, that it was another woman keeping him away from home. It seemed logical and though, as a rule, she hated to generalise, wasn’t that what normally happened when a man hit forty? Usually she would challenge him about his whereabouts, but tonight was different. Tonight she felt different. It was comical really, almost like he wanted her to catch him. Had he stopped hiding from her or had he just become sloppy? Careless even. Because she never followed through on her threats. She didn’t have the guts. Until now. The clichéd assumptions were always there: they could work through their differences, make it through the “rough patch”. And Esmée stayed with him on that basis. It never occurred to her – never, not even for a single moment – that perhaps she’d got it wrong. Lying there beside him, listening to his breathing settle into a steady rhythm, she accepted for the millionth time that she just couldn’t help herself. In spite of him, and all the shit that came with him, she did, in truth, love him. But even so, it had to stop. And it was that knowledge that made her different. Lying there beside him now, if only for a brief moment, she felt an enormous sense of relief. It was over.

And, when at last she became drowsy and her eyes heavy, sleep eventually conquered.

She woke what felt like seconds later to the sound of the shower running in the en suite. Her eyeballs felt like they were on fire inside sockets that were a size too small. She swallowed hard to quench the thirst that parched her mouth and, turning towards the closed bathroom door, considered the day that faced her.

He would, she assumed, expect her to say something about his late return. He was probably in there, right now, concocting his alibi. But this morning she had no intention of asking him for an excuse. Resigned and exhausted she threw back the covers, swung her legs to the floor and steered her toes into fluffy pink slippers. Opening the window to welcome the morning sun, she stole a breath of freshness as it rushed past to fill the room. Sensitive to the suddenly silent shower, she warily anticipated his re-entry into the room, bracing herself for what would be the first deliberate task of the day: to behave as though nothing had happened. She was petrified by the fear of failure and at the same time exhilarated by the thought of possible success. Intoxicated by this blend of emotions, Esmée navigated the room blindly, collecting Philip’s carelessly discarded clothes while rejecting the urge to bring his shirt to her nose.

Pushing her frustrations aside, for the last time she reached overhead to haul down the silver hard-shell suitcase that sat on top of the wardrobe. Placing it with a heavy bounce on the bed she turned to the various drawers, cupboards and closets to extract, bit by bit, the pieces of his travel wardrobe. She was the expert, having done this so many times before. Suits first, shirts then with matching ties and, of course, underwear, socks and comfortable shoes. When Philip emerged finally from the bathroom she was matching a tie to his striped shirt and, despite her best attempts to ignore him, couldn’t help but steal a quick glance in his direction. Even at forty, eight years her elder, he looked fantastic. Regular workouts at the gym took care of that and he was neither shy nor ashamed to admit he indulged in all sorts of body-pampering. Would she miss that body? Perhaps. Before, definitely before, she would have answered yes. But this morning she just wanted to be rid of it, his body nothing more today than a sore reminder of an intimate relationship long since gone. And missed.

“What are you doing, Esmée?”

His question, yanking her back to reality, was laced with impatient disdain and that condescending tone he knew she hated.

“What does it bloody look like I’m doing?” she snapped, unable to hold back the caustic sting while continuing to place his shirts with deliberate care into the case. “I’m packing your case!”

This chore, packing his bags, was one of the many housewifely duties she had accepted over the years. Without fail she laundered his clothes in readiness for his next trip. And recently he seemed to be travelling more often than not, at least twice a month for a week, sometimes two, and as she had stopped asking about the purpose of the trips, he had stopped trying to lie about them. Why she bothered packing for him she wasn’t entirely sure. In a way, she supposed, it was a therapeutic exercise, laying item after item carefully into the case, pressing the air out of each new layer, making way for the next. But today her actions were that little bit slower and more deliberate than usual – so conscious of her soon-to-be-estranged husband looming over her, watching her every move with his own level of emotional suspension.

“For God’s sake, Esmée!” His whinge was more irritating than usual. “Do you have to make such a meal of it? My flight’s not till twelve. What’s the story? Have you nothing better to do?”

“Exactly!” She tossed the tie that was in her hand over her shoulder and into the case as she turned away from the packing, pausing as she passed him to give him ‘the look’. “To be honest I’ve plenty to do, so maybe you should finish packing your own bloody case, shouldn’t you?”