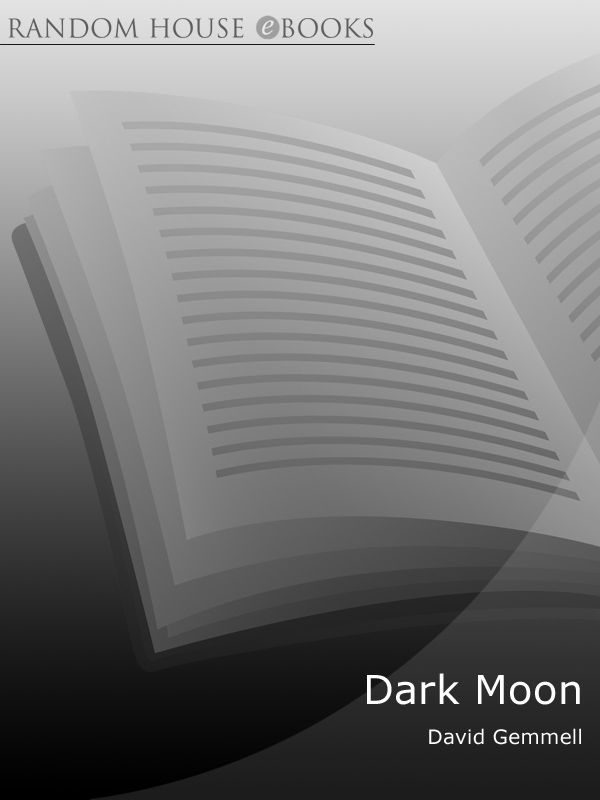 The peaceful Eldarin were the last of three ancient races. The mystical Oltor, healers and poets, had fallen before the dread power of the cruel and sadistic Daroth. Yet in one awesome night the invincible Daroth had vanished from the face of the earth. Gone were their cities, their armies, their terror. The Great Northern Desert was their only legacy. Not a trace remained for a thousand years …

The War of the Pearl had raged for seven years and the armies of the four Duchies were exhausted and weary. But the foremost of the Dukes, Sirano of Romark, possessed the Eldarin Pearl and was determined to unravel its secrets.

Then, on one unforgettable day, a dark moon rose above the Great Northern Desert, and a black tidal wave swept across the land. In moments the desert had vanished beneath lush fields and forests and a great city could be seen glittering in the morning sunlight.

From this city re-emerged the terrifying Daroth, powerful and immortal, immune to spear and sword. They had only one desire: to rid the world of humankind for ever.

Now the fate of the human race rests on the talents of three heroes: Karis, warrior-woman and strategist; Tarantio, the deadliest swordsman of the age; and Duvodas the Healer, who will learn a terrible truth …

Version 1.0
Epub ISBN 9781409084518
www.randomhouse.co.uk
DARK MOON
A CORGI BOOK : 9780552142533
Originally published in Great Britain by Bantam Press,
a division of Transworld Publishers
PRINTING HISTORY
Bantam Press edition published 1996
Corgi edition published 1997
17 19 20 18
Copyright © David Gemmell 1996
The right of David Gemmell to be identified as the author of this work has been asserted in accordance with sections 77 and 78 of the Copyright Designs and Patents Act 1988.
All of the characters in this book are fictitious, and any resemblance to actual persons, living or dead, is purely coincidental.
Condition of Sale
This book is sold subject to the condition that it shall not, by way of trade or otherwise, be lent, re-sold, hired out or otherwise circulated in any form of binding or cover other than that in which it is published and without a similar condition including this condition being imposed on the subsequent purchaser.
Corgi Books are published by Transworld Publishers,
61–63 Uxbridge Road, London W5 5SA,
a division of The Random House Group Ltd.
Addresses for Random House Group Ltd companies outside the UK can be found at:
www.randomhouse.co.uk
The Random House Group Ltd Reg. No. 954009.

Dark Moon
is dedicated, with much love, to the memory of Olive ‘Lady’ Woodford, who taught me that style is everything. A former dancer, she lost her left leg to cancer. The day after the operation she ordered a bottle of champagne to ‘toast the leg on its way’ and six months later, with an over-size NHS artificial limb strapped to her knee, stepped out onto a dance floor to waltz.

David A. Gemmell’s first novel,
Legend
, was first published in 1984 and went on to become a classic. His most recent Drenai and Rigante novels are available as Corgi paperbacks; all are
Sunday Times
bestsellers.

Lord of the Silver Bow
, the first in a trilogy of novels encompassing the Trojan War is also published by Corgi, as is the second in the series,
Shield of Thunder
, and the final book,
Fall of Kings
, is now available from Bantam Press.

Widely regarded as the finest writer of heroic fantasy, David Gemmell lived in Sussex until his tragic death in July 2006.

My thanks as always to my editor Liza Reeves, copy editor Jean Maund, and test readers Val Gemmell and Stella Graham. Thanks also to Big Oz for the inspiration, and Mary Sanderson for the fingers of bone.

Special thanks to Alan Fisher for his many valuable insights into the mysteries of the craft.

Tarantio was a warrior. Before that he had been a sailor, a miner, a breaker of horses, and an apprentice cleric to an elderly writer. Before that a child: quiet and solitary, living with a widowed father who drank in the mornings and wept in the afternoons.

His mother was an acrobat in a travelling group of gypsies, who entertained at banquets and public gatherings. It was from her he inherited his nimbleness of foot, his speed of hand and his dark, swarthy good looks. She had died of the plague when Tarantio was six years old. He could hardly remember her now, save for one memory of a laughing girl-woman who threw him high in the air. From his father he had – he believed – inherited nothing. Save, perhaps, for the demon within that was Dace.

Now Tarantio was a young man and had lived with Dace for most of his life.

A cold wind whispered into the cave. Tarantio’s dark, curly hair had been shaved close to the scalp to prevent lice, and the draught chilled his neck. He lifted the collar of his heavy grey coat and, drawing one of his short swords, he laid it close to hand. Outside the rain was heavy, and he could hear water cascading down the cliff walls. The pursuers would surely have taken shelter somewhere.

‘
They may be just outside
,’ whispered the voice of Dace in his mind. ‘
Creeping up on us. Ready to cut our throats
.’

‘
Each to his own
,’ said Dace amiably. Tarantio was too tired to argue further, but Dace’s intrusion made him sombre. Seven years ago war had descended upon the Duchies like a sentient hurricane, sucking men into his angry heart. And in the whirling maelstrom of his fury he fed them hatred and filled them with a love of destruction. The War Demon had many faces, none of them kind. Eyes of death, cloak of plague, mouth of famine and hands of dark despair.

War and Dace were made for each other. Within the beast’s hungry heart Dace was in ecstasy. Men admired him for his lethal skills, for his deadly talents. They sought him out as if he were a talisman.

Dace was a killer of men. There was a time when Tarantio had known how many had died under his blades. Before that, there was a time when he had remembered every face. Now only two remained firmly in his mind: the first, his eyes bulging, his jaw hanging slack, blood seeping over the satin sheets. And the second, a slim bearded thief and killer whose swords Tarantio now wore.

Tarantio added two logs to the fire, watching the flame shadows dancing on the walls of the cave. His two companions were stretched out on the floor, one sleeping, the other dying. ‘
Why do you still think of the slaughter on the beach?
’ asked Dace. Tarantio shivered as the memories flared again.

Seven years ago the old ship had been beached against a storm, the mast dismantled, the sail wrapped and laid against the cliff wall. The crew were sitting around fires talking and laughing, playing dice. Against all odds they had survived the storm. They were alive, and their relieved laughter echoed around the cliffs, the sound drifting into the shadow-haunted woods beyond.

The killers had attacked silently from those woods – appearing like demons, the firelight gleaming from raised swords and axes. The unarmed sailors had no chance and were hacked down without mercy, their blood staining the sand.

Tarantio, as always, had been sitting away from the others, lying on his back in the rocks, staring up at the distant stars. At the first screams he had rolled to his knees, and watched the slaughter in the moonlight. Unarmed and unskilled, the young sailor had been powerless to help his comrades. Crouching down he hid, trembling, on the cold stones, the incoming tide lapping at his legs. He could hear the thieves plundering the ship, tearing open the hatches and unloading the booty. Spices and liquor from the islands, silks from the southern continent, and a shipment of silver ingots bound for the mint at Loretheli.

Towards dawn one of the attackers had walked into the rocks to relieve himself. Terror filled Tarantio with panic and Dace rose within him, flaring like a light within the skull. Dace reared up before the astonished reaver, crashing a fist-sized rock against the man’s head. The thief pitched forward without a sound. Dragging him out of sight of his comrades, Dace drew a knife from the man’s belt and stabbed him to death.

The dead man wore two short swords, their black hilts tightly bound with leather. Dace had unbuckled the sword-belt and swung it around his own waist. Relieving the man of his bulging purse, Dace had stolen away through the rocks, leaving the scene of the massacre far behind.

Once clear, the panic gone, Tarantio dragged Dace back and resumed control. Dace had not objected; without the prospect of violence, and the need to kill, he was easily bored.

Alone and friendless, Tarantio had walked the thirty miles west to the Corsair city of Loretheli, looking for a berth on a new ship. Instead he had met Sigellus the Swordsman. Tarantio thought of him often, and of the perils they had faced together. But the thoughts were always tinged with sadness and the velvet claw of regret at his death. Sigellus had understood about Dace. During one of their training sessions Dace had broken loose, and had tried to kill Sigellus. The Swordsman had been too skilled for him then, but Dace managed to cut him before Sigellus blocked a thrust and hammered his iron fist into Dace’s chin, spinning him from his feet.

‘What the Hell is wrong with you, boy?’ he had asked, when Tarantio regained consciousness. For the second time in his young life, he talked about Dace. Sigellus had listened, his grey eyes expressionless, blood dripping from a shallow cut to his right cheek just below the eye. When at last he had told it all, including the murders, Sigellus sat back and let out a deep sigh. ‘All men carry demons, Chio,’ he said. ‘At least you have made an effort to control yours. May I speak with Dace?’