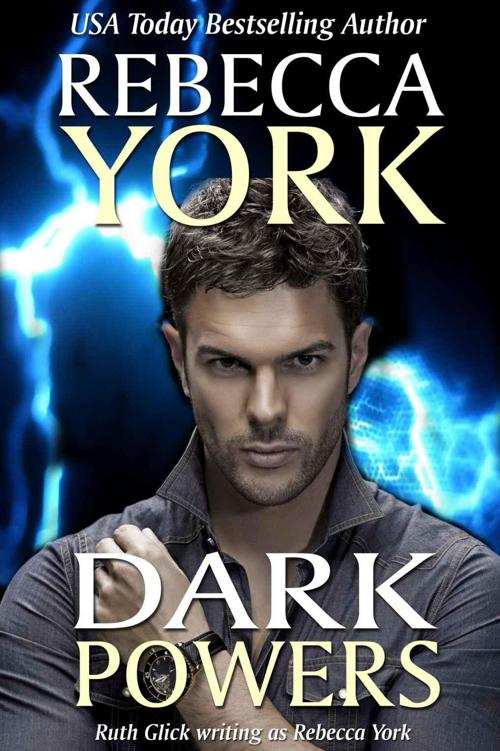 This is a work of fiction.  Names, characters, places, and incidents either are the product of the author's imagination or are used fictitiously, and any resemblance to actual persons, living or dead, business establishments, events, or locales is entirely coincidental.

Death or disaster were only seconds away.

Ben Walker leaped from his car, shouting a warning at the slender blond woman crossing the Decorah Security parking lot, oblivious to the battered pickup truck bearing down on her, sun glinting off its windshield.

Dashing into the traffic lane, he snatched her out of the way while the truck rattled past.

The woman he’d pulled to safety clutched his broad shoulders and buried her head against his chest.

While he held her close, he fixed his gaze on the rapidly departing vehicle. It was blue, with no particular distinguishing features except a dent in the left rear bumper. The license plate was smeared with mud. All he could make out was the letter “J” at the beginning.

He kept his arms around the woman, the first female he had reached for in almost a year. The denial of intimacy a punishment for his sins.

She stirred in his embrace.

“You okay?” he asked, hearing the rough quality of his own voice.

“Neither was that bozo. You have any idea who it was?”

She stared in the direction where the truck had disappeared. “No. I didn’t even see him.”

“The driver was wearing a baseball cap. That’s all I could tell.”

She made no move to disengage from him, and he liked the feel of her feminine body against his, liked the closeness and the way she put her trust in him.

That thought was followed by the inevitable counterpoint. If she only knew the things he’d done, she would probably leap away—disgusted.

But no more disgusted than he was with himself.

The woman in his arms stirred, snapping his attention back to the present. “Thank you.”

“No problem.” He cleared his throat. “From where I was standing, it looked like that guy was deliberately trying to run you down.”

When she finally took a step back, he dropped his arms to his sides.

She looked from him to the building in front of them. “You’re headed for Decorah Security?

”Yeah.” He wondered why she’d questioned him about that. Before he could ask, he realized he’d left the door of his two-year-old Honda wide open. “But I’d better lock my car before I come back and find it missing.”

She nodded and headed inside. He returned to his vehicle, locked the door and followed, hurrying to keep from being late for his morning meeting.

When he walked into the plush conference room, the woman he’d snatched from the path of the speeding truck was sitting at the table with his boss, Frank Decorah, a crusty old ex-Navy SEAL who’d gone into the security business after losing a leg in the service. With him was Teddy Granada, one of their IT guys. He was a large man who often forgot to shave and change his clothes but who did fantastic computer work. If the information was on the Web, he’d find it.

“Ben, I’d like you to meet Sage Arnold. She’s hired us to find her missing sister,” Frank said, then added, “Ben is one of our top agents and the best one for this job.”

He let the praise roll off of him. Of course Frank would claim that.

She gave him an anxious look, probably embarrassed by the incident in the parking lot.

Ben managed to say, “Good to meet you.”

He had studied the case before coming in, but he hadn’t known the woman he’d rescued was their client. She was a hard-working accountant whose sister had gone missing. Frank had taken her case at a reduced rate, as he often did when dealing with distraught relatives of innocent victims. Initially Ben had wanted to turn down the assignment. Then he’d figured that rescuing a woman in pain would be part of his atonement.

“We’ve contacted the authorities in Doncaster,” Frank said as Ben took a seat opposite Sage. “The police chief is certain your sister ran away. Tell us why you think she’s been kidnapped.”

Ben studied the client. In the parking lot he’d only gotten a quick impression of her. Now he took in her shoulder-length ash-blond hair, her wide blue eyes and her delicate features.

She glanced at Frank, then at Ben and Teddy, before fixing her gaze somewhere in the distance.

“My sister, Laurel Baker, and I are from a family you’d call dysfunctional. We don’t have the same name because Mom was married three times. Laurel and I have different fathers, and there was another guy when I was in my teens. Laurel’s eighteen, ten years younger than I am, and I’ve been her role model. One thing I drummed into her was that she’d be stuck in a dead-end life like our mom unless she got a good education. She was working at a restaurant called the Crab Shack in Doncaster part time and going to school at the community college. She didn’t come home from the restaurant after her shift a couple of evenings ago.”

Ben watched her body language. More than concerned or upset, she seemed ill at ease. Was she lying or simply uncomfortable about speaking so frankly about her family?

Frank said gently, “Chief Judd says there was conflict between her and your mom. Could that have made her leave home? What if she’s staying with a friend?”

Sage raised her head and gave Frank a direct look. “If she’s staying with a friend, why would that keep her from going to work?”

The woman dragged in a breath and let it out. “I know something’s happened to Laurel. Nothing had changed in her life. There was always some kind of conflict with Mom, but Laurel knew she had to hang in and get her degree. She likes working with people, and she decided to become an X-ray tech because there are lots of good jobs in that field.”

Frank reached into his pocket and took out the gold eagle coin he always carried. As he began to turn it over in his hand, he said, “But something could have happened. She could have gotten into drugs. Or even gotten pregnant and been afraid to tell your mother.”

“Not Laurel. She’s too smart for that.”

Ben didn’t say he’d thought his own sister, Erin, was too smart to get into the trouble that had killed her, but her story proved that you didn’t always know your siblings as well as you thought. Still, for the moment, he’d have to rely on Sage’s judgment.

“In our initial phone conversation, you mentioned Laurel’s father, Gary Baker. You think he could be involved?” Frank asked.

“Well, after he and my mom broke up, he abducted Laurel.”

Sage sighed. “Eight years ago. My mom was angry when he didn’t make child support payments on time. She paid him back by not letting him see Laurel. He’s no sweetheart, and he took Laurel away for a long weekend without permission. The authorities gave Laurel back to Mom, of course. But that’s part of what I meant about our family problems.”

“Your mother was with your dad before she was with Laurel’s father?” Frank asked.

“Yes. Married to him. Like I said, I’m ten years older. They eloped when she was seventeen. That marriage didn’t last very long. I mean, he left her right after I was born.”

“He said I cried too much.”

Frank made a snorting sound. “Nice. When’s the last time you saw him?”

“Never, really. He disappeared a few years ago, and I haven’t made any attempt to get in touch. For all I know, he’s in jail or dead. But it doesn’t matter what he’s doing. He doesn’t have anything to do with my life now.”

Ben listened to the dispassionate way she spoke, thinking that she had compartmentalized her life. But he knew all too well how that worked.

“You’re saying your mother has a rocky reputation with men,” Frank said, trying to dig up more insights into the sister’s character. “Would Laurel have picked up her mother’s habits? Would she go off with some guy she was seeing?”

They talked for a half hour longer about Laurel and incidents from the past. When Frank was finally out of questions, Ben jumped in.

“I can pay Laurel’s father a visit in Baltimore and see if she’s there,” he said. “If not, I’ll go down to Doncaster and see what I can turn up.”

The town was on Maryland’s Eastern Shore, separated from the main part of the state by the Chesapeake Bay.

Before he finished speaking, Sage shook her head. “I’m going with you.”

Ben’s gaze shot to her. “It’s better if I handle this on my own.”

“It could be dangerous. That attempted hit and run in the parking lot could be connected.”

“What hit and run?” Frank asked.

“A pickup almost ran her over.”

“I understand someone may not want me poking around this case, but I also know you’ll have a better chance of finding Laurel with me along,” Sage answered.

“Starting with Gary Baker. I know how he’ll react. And if my sister’s not at his house, I can help you in Doncaster. I grew up there. In fact when I was a teenager, my circumstances were a lot like Laurel’s are now. I worked at some of the local restaurants while I was going to school. I know the community. Doncaster’s a tourist town.” She glanced at Frank. “You already said the police chief thinks Laurel ran away. That’s because it’s the best interpretation he can put on it.”

Exploits by Poppet
One Blood by Amaru, Qwantu, Casher, Stephanie
Secrets of the Tides by Hannah Richell
Steel Rain by Nyx Smith
Kidnapping His Bride by Karen Erickson
Enthrall Me (The conclusion to Enchant Me) by Violet, Anne
Forever and a Day by Jill Shalvis
This World We Live In (The Last Survivors, Book 3) by Susan Beth Pfeffer
Like Chaff in the Wind by Anna Belfrage
Broken Heart 03 Because Your Vampire Said So by Michele Bardsley
Our partner