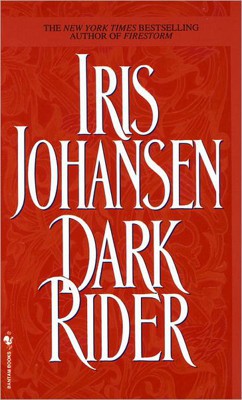 An electrifying tale of deadly and forbidden desire that sweeps from the exotic islands of a tropical paradise to the magnificent estates of Regency England. Cassandra Deville's carefree life on the islands of Hawaii is shattered by the sudden arrival of a savagely seductive stranger. She's the key to Jared Daremount's plan to avenge his father, actually only a pawn in his plans, but once she becomes his captive, Jared realizes she's a prize he can never surrender.

From the Paperback edition.

THE UGLY DUCKLING
“Bravo! [An] intense thriller.
[The Ugly
Duckling]
is a real knockout.”
—
Atlanta Journal

MIDNIGHT WARRIOR
“A magical, memorable story tinged with enchantment and brimming over with passion and perils.”
—
Romantic Times

THE BELOVED SCOUNDREL
“All the makings of a classic romance—an intriguing hero, a strong and endearing heroine and a fascinating plot.”
—
USA Today

THE TIGER PRINCE
“If you are looking for a unique, unforgettable reading adventure, this book is for you!”
—
Rendezvous

THE GOLDEN BARBARIAN
“Sizzling tension … an exciting tale … the stuff which leaves an indelible mark on the heart.”
—
Romantic Times

LION’S BRIDE
“Lion’s Bride is all any reader could ask for … and more.”
—
Rendezvous

No part of this book may be reproduced or transmitted in any form or by any means, electronic or mechanical, including photocopying, recording, or by any information storage and retrieval system, without permission in writing from the publisher. For information address: Bantam Books.

Bantam Books are published by Bantam Books, a division of Random House, Inc. Its trademark, consisting of the words “Bantam Books” and the portrayal of a rooster, is Registered in U.S. Patent and Trademark Office and in other countries. Marca Registrada. Bantam Books, New York, New York
.

Cassie jumped over a small cask and darted around a sailor.

“You know what will happen if I have to come after you!”

Oh yes, she knew. She would be forced to listen to one of her nurse’s long lectures and then be locked in the ship cabin for hours and hours. But she had seen the crew load horses, two beautiful horses, and she would not lose this opportunity because of Clara’s threats. Some things were worth any punishment her nurse could inflict.

She glanced over her shoulder. Clara was stalking after her, her face twisted with anger.

Darting around a corner, Cassie dived behind a pile of trunks. She held her breath as she heard the swish of Clara’s stiff skirts.

She waited two minutes more before peeking
around the trunk. Clara was not in sight. Her breath released in an explosion of relief. She started running back the way she had come.

“And what have we here?” Papa was standing at the rail with another man. “Come here, wild one.”

She skidded to a stop in front of him and sighed resignedly. It could have been worse. She could not count on her father to stop Clara from punishing her, but he might lessen the sentence. Papa was not like other grown-ups; he didn’t shout or frown or shake his head. There was even a chance she might persuade him to go with her to see the horses.

“What a sweet child.” The man to whom her father had been talking was looking down at her. “How old is she?”

Her father smiled proudly. “Cassandra is eight. Cassie, this is my friend, Raoul.”

Raoul knelt before her. “I’m delighted to meet you, Cassandra.”

He was smiling, but his gray eyes were as cold and unblinking as the garden snake she had put in Clara’s bed last week.

“You’re a lucky man, Charles. She’s as lovely as your beautiful wife.”

Why was he lying? Clara had told Cassandra over and over that she was as ugly as a toad. She had said that beauty was founded in obedience and a bad girl like Cassandra would never be anything but homely. She had come to realize that Clara didn’t always tell the truth, but there was a chance Clara was right about Cassie’s lack of beauty. Mama was always gentle, always obedient to Clara, and no one could deny she was pretty. Cassandra set her jaw and said clearly, “That’s not true.”

The brilliant white smile on Raoul’s lips never
faltered. “Modest as well as comely.” He patted her cheek and rose to his feet. “We must be sure to find a suitable match for her when you return.”

“Match?” Her father looked dismayed. “You think I’ll have to be gone that long?”

“We both know that’s a possibility. Naturally, I’ll let you know the moment it’s safe for you to return.” He clapped her father on the shoulder. “Don’t look so morose, my friend. Tahiti is supposed to be a beautiful land. I was just talking to Jacques-Louis David about it last week, and he was saying what a thrill it would be to paint in such a place. You may be inspired to create a great masterpiece.”

“Yes …” He lifted Cassie in his arms and gazed blindly down at the dock. “But it’s so far away.”

“Distance is safety,” Raoul said softly. “You’re the one who came to me in a panic. You even moved from Paris to Marseilles to escape him. Have you changed your mind now? There’s a possibility you may be safe here for a time. Do you wish to stay and chance letting him find you?”

“It’s done.” Raoul cut into his sentence. “Now we must protect ourselves from the consequences. Why do you think I intend to change my name and cut all my former ties? Now, do you need more funds for the journey?”

“No, you’ve been more than generous.” He tried to smile. “But you’ll remember to let me know as quickly as possible? My wife has a delicate constitution and is not pleased to be going to such a savage land.”

“She will thrive in Tahiti. The climate is much more pleasant than that of either London or Marseilies.”
Raoul smiled again. “Now I must go. Good journey, Charles.”

“And good journey to you, little mademoiselle.” Raoul turned his smile on Cassie. “Take care of your father.”

Exactly like the garden snake. Her arms tightened fiercely around Papa’s neck. “I will.”

They watched him move down the gangplank and walk across the dock.

Papa tugged at her hands. “A little air,
ma chou.”
He chuckled. “You cannot protect me if you choke me to death.”

Her gaze never left Raoul’s retreating back. “I don’t like him.”

“Raoul? You don’t understand. He’s my good friend and wants only what’s best. You heard him say he wanted you to take care of me.”

She was not convinced, but grown-ups never paid attention when she argued with them. She laid her head on his shoulder and whispered, “I’ll always take care of you, Papa.”

“My big girl. I know you will.” He bit his lower lip as his gaze went back to Raoul, and he added absently, “But it’s not Raoul who is the danger, it’s the Duke.”

Cassie knew about dukes. Clara had told her with great enthusiasm of all the aristocrats who had lost their heads on the guillotine. Clara was English, like Mama, and had no use for French aristocracy. But, then, Clara had little use for anyone. “Like the dukes who died in the Place de la Concorde?”

“No, he’s a British duke.” He suddenly turned away from the rail and set her down. “Now I must return you to Clara and your mother. The ship is about to depart.”

“Do you? I’d like to stay with you, too, but Clara will be most upset with both of us.” His eyes suddenly lit with boyish mischief. “Where will we hide?”

She was already prepared. “Down with the cargo.” The cargo hatch had been her destination when Papa had caught sight of her. “We can stay with the horses.”

He laughed. “I should have known you’d find horses even on a ship.”

“Beautiful horses. Clara won’t look there; you know she hates them. I’ll get your easel from the trunk, and you can paint them.”

“Excellent idea.” He took her hand and set off down the deck. “You see, you’re already meeting all my needs.”

As she always would, she resolved, her hand tightening on her father’s. Mama had told her once that Papa was not like other men. He was an artist who needed all their love and care so that he would be free to paint beautiful pictures and give his gift to the world. He must not be bothered with the concerns that plagued lesser men. That rule surely meant he must never be as frightened as he had been a few moments ago. She knew how terrible fear made you feel. When she was smaller, she had let Clara frighten her.

“
C
ome with us, Kanoa,” Lihua called out as she waded into the surf. “Why stay here on the shore when you could be where there is fine food and finer gifts? The English are beautiful and make love like Gods.”

English. Cassie gazed out at the gleaming lanterns lighting the sleek lines of the ship in the darkness. The
Josephine
was smaller than the other ships that had come to the bay, but that did not mean it did not bring danger. She had been uneasy since she had come to the village that afternoon and Lihua had told her of the ship that had sailed into the bay two days ago. She had attempted to convince her friends that these foreigners might be a threat, but the village women had laughed at her. Still, she had to try once more.