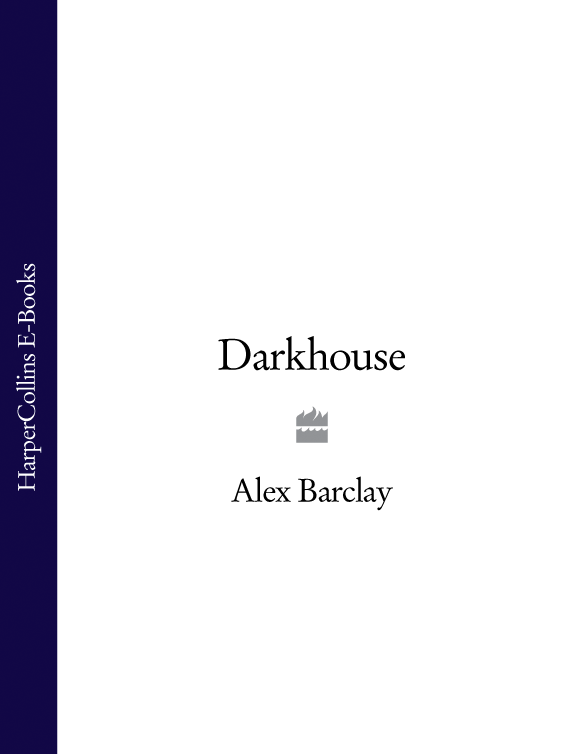 To Brian, my hero

Edgy hands slid across the narrow belt, securing it in place on the tiny eight-year-old waist. Donald Riggs pointed to the small box attached.

‘This is like a pager, honey, so the police can find you,’ came his lazy drawl.

Hayley’s mouth moved, but she couldn’t speak. She bit down on her lip and looked up at him, beaming innocence. She gave three short nods. He smiled and slowly stroked her dark hair.

The fourth day without her daughter was the final day Elise Gray would have to endure a pain she could barely express. She breathed deeply through
anger and rage, guilty that it was caused more by her husband than the stranger who took away her child. Gordon Gray’s company had just gone public, making him a very wealthy man and an instant target for kidnap and ransom. The family was insured – but that was all about the money, and she didn’t care about the money. Her family was her life and Hayley, her shining light.

Now here she was, parked outside her own apartment at the wheel of her husband’s BMW, waiting for this creep to call her on the cell phone he left with the ransom note. Yet it was Gordon who dominated her thoughts. The insurance company had told the couple to vary their routine but, good God, what would Gordon know about varying his routine? This was a man who brewed coffee, made toast, then lined up an apple, a banana and a peach yoghurt – in that order – every morning for breakfast. Every morning.
You stupid man
, thought Elise.
You stupid man and your stupid, stupid, rituals. No wonder someone was waiting outside the apartment for you. Of course you were going to show up, because you show up every day at the same time bringing Hayley home from school. No detours, no stops for candy, just right on time, every time.

She banged her head on the steering wheel as the cell phone on the seat beside her lit up. As she fumbled to answer it, she realised it was playing
Sesame Street
. He’d actually set the tone to
Sesame Street,
the sick bastard.

‘Where am I going?’ she asked.

‘To get your daughter back, if you’ve been behavin’ yourself.’ He hung up.

Elise started the engine, put her foot on the gas and swung gently into the traffic. Her heart was thumping. The wire chafed her back. By calling the police in that first hour, she had set in motion a whole new ending to this ordeal. She just wasn’t sure if it was the right ending.

Detective Joe Lucchesi sat in the driver’s seat, watching everything, his head barely moving. His dark hair was cut tight, with short slashes of grey at the sides. He questioned again whether Elise Gray was strong enough to wear a wire. He didn’t know where the kidnapper would lead her or how she would react if she had to get any closer to him than the other end of a phone. He had barely raised his hand to his face when Danny Markey

– his close friend of twenty-five years and partner for five – started talking. ‘See, you got the kinda jaw a man can stroke. If I did that, I’d look like an idiot.’

Joe stared at him. Danny was missing a jawline. His small head blended without contour into his skinny neck. Everything about him was pale – his skin, his freckles, his blue eyes. He squinted at Joe.

Joe’s gaze shifted back to Elise Gray’s car. It started to move. Danny gripped the dashboard. Joe knew it was because he expected him to pull right out. Danny had a theory; one of his ‘black and whites’, as he called them. ‘There are people in life who check for toilet paper before taking a crap. And there’s the ones who shit straightaway and find themselves fucked.’ Joe was often singled out. ‘You’re a checker, Lucchesi. I’m a shitter,’ he would say. So they waited.

‘You know Old Nic is getting out next month,’ said Danny. Victor Nicotero was a lifer, a traffic cop one month shy of retiring. ‘You goin’ to the party?’

Joe shook his head, then sucked in a sharp breath against the pain that pulsed at his temples. He could see Danny hanging for an answer. He didn’t give him one. He reached into the driver’s door and pulled out a bottle of Advil and a blister pack of decongestants. He popped two of each, swallowing them with a mouthful from a blue energy drink hot from the sun.

‘Oh, I forgot,’ said Danny, ‘your in-laws are in from Paris that night, right?’ He laughed. ‘A six-hour dinner with people you can’t understand.’ He laughed again.

Joe pulled out after Elise Gray. Three cars behind him, a navy blue Crown Vic with FBI Agents Maller and Holmes followed his lead.

Elise Gray drove aimlessly, searching the sidewalks for Hayley as though she would show up on a corner and jump in. The tinny ringtone broke the silence. She grabbed the phone to her ear.

‘Where are you now, Mommy?’ His calm voice chilled her.

‘Head south and make a left onto the bridge at 59th Street.’

The three cars made their way across the bridge to Northern Boulevard East, everyone’s fate in the hands of Donald Riggs. He made his final call.

‘Take a left onto Francis Lewis Boulevard, then left onto 29th Avenue. I’ll be seein’ you. On your own. At the corner of 157th and 29th.’

Elise repeated what he said. Joe and Danny looked at each other.

He dialled the head of the task force, Lieutenant Crane then handed the phone to Danny and nodded for him to talk.

‘Looks like the drop-off’s Bowne Park. Can you call in some of the guys from the 109?’ Danny put the phone on the dash.

Donald Riggs drove smoothly, his eyes moving across the road, the streets, the people. His left hand moved over the rough tangle of scars on his cheek, faded now into skin that was a pale stain on his
tanned face. He checked himself in the rear-view mirror, opening his dark eyes wide. He raised a hand to run his fingers through his hair, until he remembered the gel and hairspray that held it rigid and marked by the tracks of a wide-toothed comb. At the back, it stopped dead at his collar, the right side folding over the left. He had a special lady to impress. He had splashed on aftershave from a dark blue bottle and gargled cinnamon mouthwash.

He turned around to check on the girl, lying on the floor in the back of the car and covered by a stinking blanket.

It was four-thirty p.m. and five detectives were sitting in the twentieth Precinct office of Lieutenant Terry Crane as Old Nic shuffled by, patting down his silver hair.
Maybe they’re talking about my retirement present
, he thought, narrowing his grey eyes, leaning towards the muffled voices.
If it’s a carriage clock, I’ll kill them
. A watch he could cope with. Even better, his boy Lucchesi had picked up on his hints and spread the word – Old Nic was planning to write his memoirs and what he needed for that was something he’d never had before: a classy pen, something silver, something he could take out with his good notebook and tell a story with. He put a bony shoulder to the door and his cap slipped on his narrow head. He heard Crane briefing the detectives.

‘We’ve just found out the perp is heading for
Bowne Park in Queens. We still don’t have an ID. We got nothing from canvassing the neighbourhood, we got nothing from the scene – the guy jumped out, picked up the girl and drove off at speed, leaving nothing behind. We don’t even know what he was driving. This is just from the father who heard the screech from the lobby. We also got nothing from the package the perp dropped back the following day, just a few common fibres from the tape, nothing workable, no prints.’

Old Nic opened the door and stuck his head in. ‘Where’d this kidnapping happen?’

‘Hey, Nic,’ said Crane, ‘72nd and Central Park West.’ With no clues to his retirement present apparent in the office, Old Nic moved on, until a thought came to him and he doubled back.

‘This guy is headed for Bowne Park, you gotta figure the area’s familiar to him. Maybe he was going that way the day of the kidnapping, so he could have headed east across 42nd Street to the FDR. I used to work at the 17th and if your guy ran a red light, there’s a camera at 42nd and 2nd might have given him a Kodak moment. You could check with the D.O.T.’

‘Scratch that carriage clock,’ Crane said to the group, winking. ‘Nice one, Nic. We’re on it.’ Old Nic raised a hand as he left. ‘You just want to hug the guy,’ said Crane as he put a call in to the Department of Transportation. Thirty minutes
later, he had five hits, three with criminal records. But only one had a prior for attempted kidnapping.

Joe could feel the drugs kick in. A warm cloud of relief moved up his jaw. He opened and closed his mouth. His ears crackled. He breathed through his nose and out slowly through his mouth. Six years ago, everything from his neck up started to go wrong – he got headaches, earaches, pain in his jaw so excruciating that some days it was unbearable to eat or even talk. Strangers didn’t react well to a dumb cop.

Hayley Gray was thinking about
Beauty and the Beast
. Everyone thought the Beast was mean and scary, but he was really a nice guy and he gave Belle soup and he played in the snow with her. Maybe the man wasn’t all bad. Maybe he’d turn out to be nice too. The car stopped suddenly and she felt cold. She heard her mommy shouting.

‘Hayley! Hayley!’ Then, ‘Where’s my daughter? You’ve got your money. Give me back my daughter, you bastard!’

Her mommy sounded really scared. She’d never heard her shout like that before or say bad words. She was banging on the window. Then the car was moving again, faster this time, and she couldn’t hear her mommy any more. Donald Riggs
threw open the knapsack, his right hand pulling at the tightly-packed wads.

Danny reached for his radio to run the plates of the brown Chevy Impala that was driving away from Elise Gray: ‘North Homicide to Central.’ He waited for Central to acknowledge, then gave the number. ‘Adam David Larry 4856, A.D.L. 4856.’

Joe was on Citywide One, a two-way channel that linked him to Maller and Holmes and the 109 guys in the park. He spoke quickly and clearly.

‘OK, he’s got the money, but he hasn’t said anything about dropping off the girl. We need to take it easy here. We don’t know where he has her. Everyone stand by.’

Danny turned to him and gave his usual line. ‘And his voice was restored and there was much rejoicing.’

Halfway down 29th Avenue, Donald Riggs stopped the car, reached back and lifted the blanket.