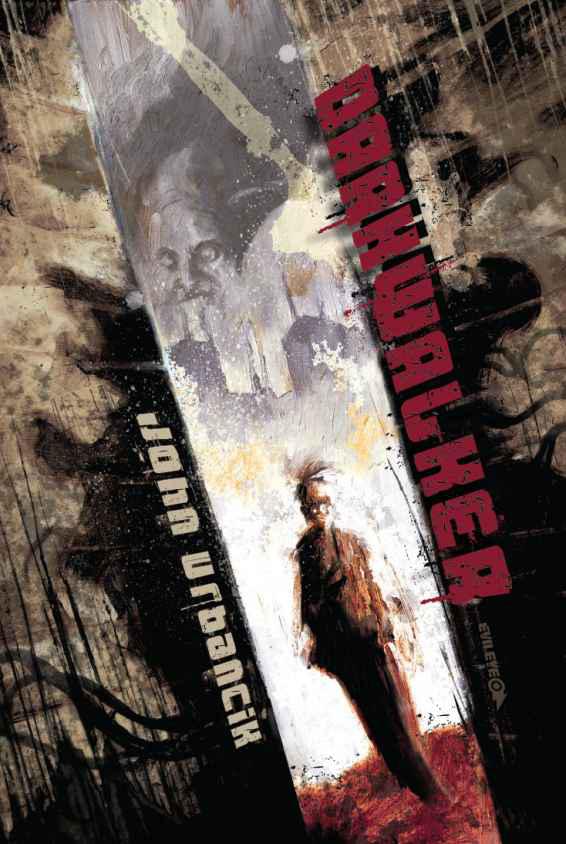 A Game of Colors

The Rise and Fall of
Babylon
{ with
Brian Keene }

Wings of the Butterfly

House of Shadow and Ash

Sins of Blood and Stone

Breath of the Moon

Once Upon a Time in
Midnight

This book and all derivative works in the
DarkWalker
series are exclusively licensed from the author by
Pulp+Pixel
Entertainment Company. No part of this book may be reproduced, in any form, or by any means, without the permission of the publisher.

This is a work of fiction. Similarities to persons, living or dead, are neither intended nor should be inferred.

For more information about this series or other books published by
Evileye
Books, please visit
Evileyebooks.com

A world of people spanning hemispheres and decades deserve thanks for helping me bring this to fruition. Especially
Mery
-et, who makes all things possible. Also
India
,
and most the scattered gang from
Orlando
, for helping me survive in that tiny not-quite-Southern city. The Four Horsemen, especially Mike, for the introductions.
Jazno
, for inadvertently lending me his apartment.
A.N.
Ommus
, Greg
Kishbaugh
, and everyone else involved with
Evileye
Books, and of course the men and women who kept bringing us all that wonderful steak. As always, a special thanks to Sabine and to the Rose Fairy. Lastly, to
Daniele
Serra
for the fantastic cover art.

A night like any other.
Dry. Warm. The pulse of music, the rhythm, the bodies dancing obliviously.

Meat. That’s all the dancers meant to some creatures—demons,
succubi
, vampires.

In a corner of the club, outside the range of strobe lights and neon, past the rank odor of
uncleaned
bathrooms, a gorgeous woman—straight dark hair to her shoulders, brown eyes that were almost amber, lean and lithe and confident—pinned a piece of meat to the wall. He was relatively average, a little overweight, somewhat shy, surprised and thrilled to have been chosen by this Asian beauty—typical prey.

She kissed his neck, licked it, her hands everywhere at once. She pressed so hard into him he didn’t even feel her bite. For him, it was nearly orgasmic.

She held him up, drinking cleanly, and over her shoulder looked into the farthest shadows. Someone watched. She recognized what he was, if not who—and winked.

Jack Harlow returned to the
bar from the bathrooms and asked for another beer and a shot of Jack Daniels. It didn’t bother him much anymore, the things he saw; a man could grow used to that. It was the smiles, the nods, the acknowledgements . . . and the winks. That was new.

He wasn’t a hunter, and he was never their victim. He knew it. They knew it. The whole damned underground knew it. He chased the whiskey with half the beer, and averted his gaze as the Asian vampire chick strode by.

She ran her fingers across his back as she passed.

Through the mirror behind the bar, he watched her sashay to the door, hug and kiss the bouncer, and then enter the night.

That wasn’t lipstick she’d left on the bouncer’s neck.

Jack hated being seen. This time, the whole thing had been accidental. His bladder had sent him back there, nothing else; he hadn’t noticed the vampire until she was already feeding.

“Don’t you just hate that,” a gruff voice asked at his side. “Struts in here like she owns the place.”

The man was as tall as Jack, broader and paler. He shook his head until the vampire was gone, then turned to Jack with a smile. “Why don’t you let me buy you a drink?”

“I don’t take drinks from the dead,” Jack told him.

A woman stepped up to the bar, through the ghost as if he wasn’t there, and ordered a drink. The spirit grinned. “Now, that’s what I’m talking about. You know how long it’s been since I’ve had a good piece of flesh?”

Sometimes, they talked to him. Jack hated that, too.

All Jack really wanted was to be left alone. Ignored. Forgotten. Maybe then he could find an average, normal, nine-to-five life somewhere. Get a job, a regular paycheck, a wife and kids. He could do without the white picket fence. And if he really thought about it, he didn’t need the kids, either.

The first time he saw a
thing
was the night of his seventeenth birthday. He, Marie, and a few friends went through beer and cigarettes in the basement of an abandoned house. There were no rumors about it being haunted; the owners had put it on the market and left for
South Carolina
during the summer.

So there they were, drinking and getting high, doing the very normal things teenagers were supposed to do, when the lantern died. It was a cheap electric bulb with cheap batteries. No one was really surprised. Someone banged it a few times on the concrete floor. Someone laughed. Someone else put their hands around Jack’s shoulders and hugged him close.

When the lantern came on, Marie screamed. So did one of the guys. Someone cursed, and the lantern fell. It cracked, and the light died again, but not before Jack saw what they’d seen: the woman with her arm around him, who had slid very comfortably next to him and seemed about ready to nibble his ear or kiss his neck or whisper, was translucent. He felt the weight of her arm, her cool skin; he saw bones through her flesh, teeth under her smile, a skull behind her eyes.

He froze. One girl fainted, the others ran, but Jack calmly turned to the unreal woman.

“Wasn’t that just
grand
?” she said. She faded away; he couldn’t see her, but felt her become less substantial. Just a moment before becoming smoke and dust, she kissed his lips, like a feather brushing his mouth.

He might have seen things before then and not been aware of it; he might have noticed oddities in the shadows or heard voices that spoke to no one else. He might have smelled deeper layers of death in the cemetery, or felt eyes upon him when no one was around. But that moment—the ghost in the basement—had brought awareness.

“Not very talkative tonight, are you?” the ghost asked.

The ghost occupied the woman’s space, as if they were joined. Jack said, quietly, “No.”

“Somewhere more private, is that what you want?” the ghost asked. “I’ve got stories to tell that’ll blow your mind.” He laughed. “Literally.”

The bar was relatively old for
Orlando
, the music loud, and dancers packed the floor. There was the constant smell of excessive cologne, stale beer and cigarettes—and
a mustiness
underneath it all. The walls were bare brick in some places, probably fifty or sixty years old.
Plenty of time for a dead man to lay down roots.
Maybe he’d been shot in the backroom, a drug deal gone
bad
or a debt unpaid. Maybe he’d overdosed. More likely, he’d been innocent, a bystander caught unaware by a situation as random as lightning. They tended to linger when death was unexpected.

Norma Jean by Amanda Heath
Ghosts of Engines Past by McMullen, Sean
Waiting in the Wings (Soulgirls) by Long, Heather
The Fed Man by James A. Mohs
The Rift by Walter Jon Williams
The Everlasting Empire by Yuri Pines
Uneasy Spirits: A Victorian San Francisco Mystery by M. Louisa Locke
Mother's Story by Amanda Prowse
Deviant by Helen Fitzgerald
The Boy Kings by Katherine Losse
Our partner