Hachette Digital
www.littlebrown.co.uk
Table of Contents
Title Page
Copyright Page
Dedication
Introduction
CHAPTER I - THE QUEEN’S ORANG-UTAN
CHAPTER II - THE GREEN TYRANNOSAURS
CHAPTER III - SHOCK AND AWE
CHAPTER IV - THE TRIUMPH OF THE WELL-BRED
CHAPTER V - THE DOMESTIC APE
CHAPTER VI - THE THINKING PLANT
CHAPTER VII - A PERFECT FOWL
CHAPTER VIII - WHERE THE BEE SNIFFS
CHAPTER IX - THE WORMS CRAWL IN
ENVOI THE DARWIN ARCHIPELAGO
Also by Steve Jones
The Language of the Genes
In the Blood
Almost Like a Whale
Y: The Descent of Men
The Single Helix
Coral: A Pessimist in Paradise

Hachette Digital
www.littlebrown.co.uk
Published by Hachette Digital 2008
Copyright © J. S. Jones 2008
The right of Steve Jones to be identified as author
of this work has been asserted by him in accordance with the
Copyright, Designs and Patents Act 1988.
All rights reserved.
No part of this publication may be reproduced, stored in a
retrieval system, or transmitted, in any form or by any means, without
the prior permission in writing of the publisher, nor be otherwise circulated
in any form of binding or cover other than that in which it is published
and without a similar condition including this condition
being imposed on the subsequent purchaser.
All characters in this publication are fictitious and any resemblance to real persons, living or dead, is purely coincidental.
A CIP catalogue record for this book
is available from the British Library.
eISBN : 978 0 7481 1138 1
This ebook produced by Jouve, FRANCE
Hachette Digital
An imprint of
Little, Brown Book Group
100 Victoria Embankment
London EC4Y 0DY
An Hachette Livre UK Company
To R. C. Simpson, who first taught me biology
INTRODUCTION
THE DARWIN ARCHIPELAGO 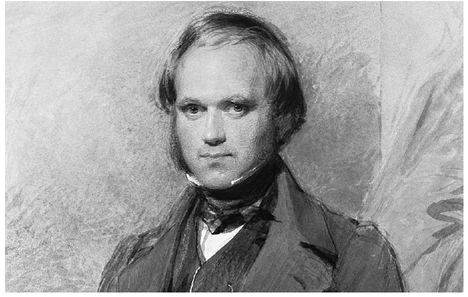 The Spirit Path by Madeline Baker
So Many Reasons Why by Missy Johnson
The Wrong Boy by Suzy Zail
The Wittering Way by Nat Burns
The Tale of the Body Thief by Anne Rice
Forgotten by Lyn Lowe
Fletch Won by Gregory Mcdonald
Southern Beauty by Lucia, Julie
Vices of My Blood by Maureen Jennings
Promise Me by Harlan Coben
Our partner