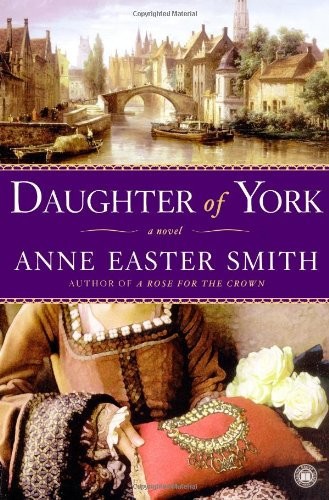 A
LSO
B
Y
A
NNE
E
ASTER
S
MITH

A Rose for the Crown 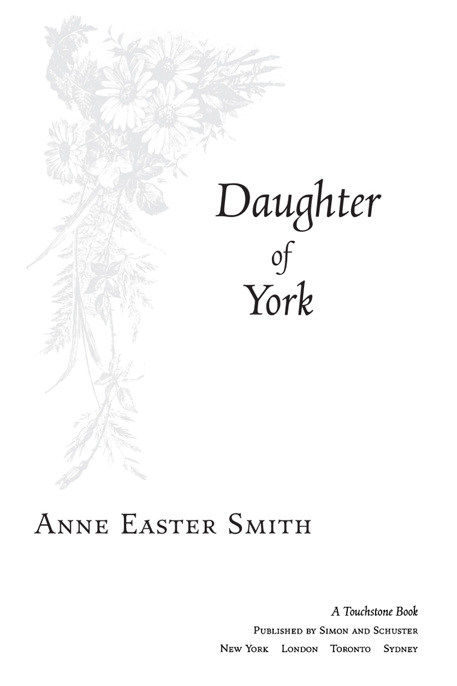 All rights reserved, including the right to reproduce this book or portions thereof in any form whatsoever. For information address Touchstone Subsidiary Rights Department,
1230 Avenue of the Americas, New York, NY 10020.

TOUCHSTONE and colophon are registered trademarks of Simon & Schuster, Inc.

With love to my husband, Scott,
who encourages me every day to dream

It is my great pleasure to acknowledge and thank several people for helping me tell Margaret of York’s story. First and foremost, my friend Maryann Long, who agreed to accompany me on my journey to Belgium to follow Margaret’s footsteps. She was Passepartout to my Phileas: carrying the maps, taking hundreds of photographs, acting as a sounding board as I plotted out the novel and saving my life as I blithely stepped off sidewalks onto busy Belgian boulevards thinking I was back in the fifteenth century. We discovered Burgundy together and shared many fascinating excursions. I must also thank my sister, Jill Phillips, who once again hosted me in London while I went to the British Library, the Public Record Office and other venues. Through her friend Jo Cottrell I was able to view the only medieval portion of Greenwich Palace (now the Royal Naval College), which is not generally open to the public. Thanks, too, to Ann Wroe, author of
The Perfect Prince
(entitled
Perkin
in UK), whose knowledge of Margaret was invaluable to my research and who gamely photocopied the entire Vander Linden’s
Itinéraires de Charles, duc de Bourgogne, Marguerite d’York et Marie de Bourgogne
for me. Claire Denenberg, nurse practitioner extraordinaire, helped me with medical aspects of the book.

I would also like to acknowledge: Professor Marc Boone of the University of Ghent, who graciously gave me a crash course in Burgundian politics in just under two hours in his office; Professor Emeritus Walter Prevenier of the same university, who through an e-mail exchange pointed me in the direction of fifteenth-century buildings in Mechelen; medieval-history consultant Henk’t Jong of Dordrecht, Netherlands; my friend Kiek van Kempen for help with Dutch/Flemish; and Pamela Butler, membership chair of the U.S. branch of the Richard III Society, who kindly lent me Joseph Calmette’s
Philip the Good
and
Charles the Bold
for more than a year even before she had read them herself.

My thanks to erstwhile singing partner and graphic artist Patrick Duniho of Plattsburgh, N.Y., for contributing his creative talent to the chart and map at the front of the book.

I would be remiss not to thank again my tireless agent, Kirsten Manges, and my overworked and brilliant editor, Trish Todd.

And finally, to my family for supporting my new career venture, all love and thanks.

Richard, earl of Warwick,
her nephew

Dr. Fryse,
one of Edward’s physicians

Señor Martin Berenger,
emissary of the court of Aragon

Maximilian,
archduke of Austria and heir to the Holy Roman Empire

Lord Louis of Gruuthuse,
merchant of Bruges and Margaret’s councilor

Men in Green Faces by Gene Wentz, B. Abell Jurus
Blademage Adept (The Blademage Saga Book 3) by Chris Hollaway
Hot SEAL by Lynn Raye Harris
A Matter of Days by Amber Kizer
Fair Play by Deirdre Martin
Jackson by Hazel Hunter
Dreamscape by Rose Anderson
At Grave's End by Jeaniene Frost
The Book of Fire by Marjorie B. Kellogg
North by Night by Katherine Ayres
Our partner