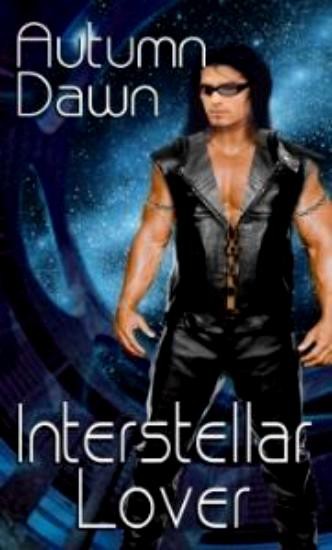 This is a work of fiction. All characters, events, and places are of the author’s imagination and not to be confused with fact. Any resemblance to living persons or events is merely coincidence.

Jay slammed the door to her apartment, kicking it for good measure. Rotten, rotten day. First she’d lost her mail, had it literally snatched out of her hands by the wind and scattered through two lanes of busy traffic. In seconds the envelopes had been crushed under speeding rubber tires, stuck to wet windshields and whisked away. One paper had landed in a puddle by her feet. She’d picked up the forlorn flyer and stared in disbelief as muddy water dripped off it, making the corner curl. She’d dropped it with a groan, settled her gig bag on her back and took off at a fast clip, praying that no important bills had been in that batch of mail.

She was late to practice, and the lead singer in their ‘undiscovered’ band was in a nastier mood than usual.

Amber tossed her hair back over her shoulder as Jay ran in, dripping with rain. The bar they used was still closed, the chairs stacked on the table tops. They had a good two hours before their opening act.

“How nice of you to join us, Jaynie. Let me guess--you finally found a boyfriend and you’re recovering from a torrid night of lovin’.” Her hair looked like it had been sawed off with a knife and attacked with an entire bottle of peroxide. Thick rings of eyeliner emphasized her narrowed blue eyes and there was a decided sour look to the perfectly red bow of her lips.

Her sister Red snickered as she tuned her guitar. “Now, Amber. You know our Jaynie doesn’t believe in sleeping around.” A voluptuous ‘man killer’, Red, aka Reeda Baker, had been the one to get Jay into the band, talking up Jay’s ‘awesome’ guitar playing until her sister relented and let Jay in. Lately she’d cooled, though, beginning to mock where she’d once supported. She didn’t care for Jay’s quite attitude and disinterest in partying. The ultimate party girl, she had no use for someone who chose to go home after the gigs instead of stay and bask in the lime light.

Krystal, the drummer, ducked her head when Jay tried to catch her eye, searching for support. She wasn’t the type to stand up and rock the canoe, not when it would catch her in the crosshairs.

“Oh, don’t bother, honey,” Amber said, a faint smile of satisfaction on her face. “We’ve decided to audition for someone else. We’ve got too many guitars...I’m hoping for a keyboard, or maybe a cute sax player. Sorry.” Her expression was anything but.

A smile that wasn’t tugged at Jay’s lips. This was so predictable, it was almost funny. Almost. She tugged her guitar up higher on her shoulder. “Fine. Have a nice life.” It wasn’t worth being humiliated over, but as she stepped back into the rain, she sucked in an angry breath.

Her shoes squished as she stalked back home, her head down against the downpour. She was half a city block from her home when a thoughtless driver zoomed through a puddle and sloshed muddy water from Jay’s elbow to her sloshing shoes. Her temper did little to warm her as she swore in time to her stomping, eager for a hot shower and a good pout.

It was not to be. No one was lingering in the downpour outside the tall, narrow old building she called home, and the hallways of the four-plex were deserted. Drenched, she unzipped her gig bag and took her Fender out of the damp padding, setting it on its stand to air. Stripping off her squishy socks and shoes, she hurried to the bathroom, cranking the hot water to the max. Her clothes hit the floor and she jumped in the shower.

Her scream rocked the building.

Gasping, she leaped out of the shower and snatched up a towel. The boiler must be broken again—there wasn’t a drop of hot water in the place. With a growl, she stomped to the stove and got a kettle of hot water going. If nothing else, she could manage a sponge bath and a hot cup of cocoa.

She had a spoon in one hand and a mug in the other when the doorbell rang. Rolling her eyes toward the ceiling, she let out a breath and thumped down her utensils before moving to her door. “Who is it?” she yelled, unwilling to open the door still wrapped in a towel.

Jay closed her eyes and drew in a breath. Fred was the nerdy artist who worked upstairs. Exactly what he did all day, she wasn’t sure, but his ugly gray shirt was always paint spattered and his baggy, blue and red striped pants held matching pizza stains. She assumed he slept in them since it was the only way she ever saw him. He might have been bald for all she knew, for he always wore a big, floppy hat, reminiscent of a doctor’s scrubs, which completely covered any trace of his scalp. Worse, it was lurid red and purple. The crowning touch was his big, square glasses with the brown tinted lenses.

Still, he’d heard a scream and rushed to her rescue. That counted for a lot.

When she took seconds too long to answer, he called suspiciously, with a trace of worry, “Jay? Are you all right?”

She sighed. “I’m fine. Thanks for checking on me.”

“I’d like to check inside, please.” His voice was firmer than she would have expected, and he still sounded concerned.

She did
not
want to let him in, not while she was still wrapped in a towel, but he sounded ready to break down the door if she stalled, probably thinking there was an attacker in there with her. Worse, he might go away and call the police. Gritting her teeth against the urge to vent her spleen on him, she grabbed the throw off her secondhand couch and wrapped it around her before opening the door wide.

Fred blinked at her a moment, then came inside and took a quick look around. Flattening himself to the wall like a cop, he thrust her bathroom door open and peeked inside. Using the same cop technique, he checked the rest of her tiny apartment. That took all of ten seconds.

Jay was fighting a smile when he nonchalantly strode out, looking mildly sheepish. “Cold shower,” she supplied to his questioning look. She glanced at the hissing kettle, gesturing him to move out of the corner that served as her kitchen. “I was going to dump some warm water over my head and settle for a cocoa.” She hesitated, remembering the interested vibes he’d sent her way in the past. It wouldn’t do to encourage him. Still, the man had tried to save her—he couldn’t have known it was only from a cold dunking. “Would you like to share a cup?”

He eyed her cautiously, like a puppy that’d been kicked one too many times and was suddenly offered a treat. “If you’re sure?”

A guilty frown drew her brows together as she filled two mugs with water. “Sure. Go ahead and mix the cocoa—I like three scoops.” She got a big bowl and took it and the kettle into the bathroom, then fetched some clothes from her room. “I won’t be long.”

It was weird having a man in her kitchen while she cleaned up, and stranger still that it was Fred. Her parents might be dead, but her upbringing had been conservative, and she still lived by their values, even though she was twenty-two. As Red had so cuttingly observed, she didn’t have sleep-overs or many guy visitors. Well, any guy visitors lately, but it was hard to find decent, family oriented men in the smoke filled dives she’d been playing.

The reminder of her lousy afternoon had her scowling as she left the bathroom. Fred took one look at her face and hastily slugged down his cocoa, hissing in pain as it scalded his mouth.

Jay winced. “Don’t kill yourself! Let it cool first.” She handed him a cold glass of water.

“Sorry,” he muttered a little sheepishly after he’d cooled his mouth. “You looked annoyed, and I thought I’d better leave.”

Jay glanced at the door, saw it was wide open, and relaxed onto her bar stool. “I am, but not at you. It was nice of you to check on me. Any idea when the boiler will be fixed?”

He accepted her subject change without a blink. “No telling. I already called the landlord.”

“Thanks. Maybe he’ll get to in the next week or two.” Their old building was constantly on the fritz, but the tenants put up with it because of the low rent. Jay couldn’t afford to move, so she bought a gas space heater and occasionally warmed her water on the stove. She was good at creative solutions.

Fred stared at his steaming mug, occasionally shooting her a nervous look. He seemed at a loss for neutral conversational topics until his eyes lit on her Fender. “I hear you playing your guitar sometimes. I like it.”

Jay eyed the cherry red electric guitar affectionately. “Thanks. I try to keep it down when I know I might disturb people.”

“I don’t mind. If you want, you can bring it up to my place some time and play while I work. I think the acoustics are better up there.”

She eyed him doubtfully, wondering if he knew an acoustic from a screeching cat. “Er, thanks. I’m pretty comfortable down here.” She winced at his disappointed look, but she wasn’t good at letting guys down easily, and he was the type who’d fall in love and stay sunk there forever. He needed someone else, maybe a Beatnik poet with a love for pizza. Someone who appreciated berets. Someone who would introduce him to black—it would be an improvement over his current, colorblind ensemble. She grinned as the idea occurred to her, and then quickly hid her smile behind her mug, hoping he wouldn’t see.

“What?” he looked suspicious, and a little vulnerable.

Thinking quickly, she grabbed an idea out of thin air. “Uh, I was just wondering if you liked poetry.”

A knot formed between his brows. “Not really.”

She shrugged. “Too bad. There’s a couple of really cute poetesses that meet at the library on Wednesdays. I met one when I was browsing through the music theory section. They had a great video,
Rockin’ Guitar Rifs
. She was checking out books on classical art. I think her name was Rainbow Star...Red Star...something like that. She invited me to join, said something about discussing music lyrics, feminism, and the role of the female musician in modern times.”

His faintly raised brow spoke volumes about her clumsy matchmaking. Then his lips twitched. “I’ll go if you come along and introduce me.” It was a challenge, delivered with a faintly mocking smile.

Surprised, Jay blinked at him. She hadn’t expected him to step out with both guns blazing. It worked, though. Guilt pricked her, and a thousand lectures about not judging people by their fashion sense niggled at her conscience. Shifting uncomfortably, she looked around for something to stare at, but couldn’t bring herself to be so rude. “All right,” she heard herself say reluctantly. The surprise on his face was nothing compared to her own dismay.