“Oh, the flock is enormous, no question. But if you’re proposing any sort of partnership …”

I held up both hands in a “No way!” gesture, but he went right on talking: “…  forget it. I believe I
have
convinced you that I’m no more a pedophile than you are. But I maintain my belief that you are a disturbed, dangerous individual. And I wouldn’t want you within a thousand miles of anyplace where such people gathered in groups.”

“Well, like you said … be pretty hard to bomb an island that doesn’t exist.”

“You caused me to go to prison. I took that as the cost of doing business. You seem healthy enough, although your face—”

“—is part of
my
cost of doing business,” I told him, meaning it. “Besides, we each hold the other’s hole card.”

“I know the truth about Darcadia, sure. But
you
know I’m not dead.”

“Ah. Well put, then. Besides, I believe it is just about time for me to, as they say, move on. Most of the juice has been squeezed out of the lemon. Only the prospect of one last giant financial repast tempted me this time.”

He got to his feet. I stayed where I was.

“May we never meet again,” he said.

He turned his back on me. Held that pose for an extra second. Then climbed the stairs to where his Zodiac was waiting.

M
ax appeared in the stateroom, signaled to me that the Zodiac was on its way back to its home.

I made the sign of a man shooting a rifle. Max nodded and left. Levi was down in the stateroom a minute later.

“Right to the mast,” he assured me. “I’d never used an air rifle at a distance like that, but it was a big target—sticks way up there, nice and thick. And with three shots, prone, off a bipod rest, it was a sure thing. Gordo locked on to the frequency, said he could hear the whole thing as it was being transmitted to their ship. If I hadn’t gotten it full-confirm, I would have gone back to Plan A.”

I’d
hoped
the freak would say enough to hang himself, but I hadn’t guessed within a hundred miles of his real game. Once that started to come out, I’d signaled for Levi to try and attach the transmitter.

Plan A was a lot more straightforward. Gem had taken the honored visitor’s slicker from him and stowed it away before bringing him to me. She would have returned it to him marked with a dye that would fluoresce its entire back under the scope Levi would be using on his beloved custom Bedeaux.

But the flying transmitter had found its mark. The collection of life-takers waiting for the Chancellor of Darcadia to return to his ship had been passing the time listening to our whole conversation. And they’d know Ruhr and Timmons were the ones closest to the man who’d been screwing them all along.

Some movies, you don’t wait around for the ending.

“Tell Flacco to open her up,” I said to Gem.

W
e found a berth somewhere along the coast that Flacco and Gordo knew about. I paid them what Gem told me to. They were going to sail the old man’s boat back to its home, with Max aboard.

An old station wagon came by the motel and picked up the little girls. Gem dealt with it.

Levi vanished without saying goodbye … and I wouldn’t have offered him money, anyway.

I phoned the clinic. Randy and Michelle would haul the old man back to Key West. She’d make the Mole come along, too. The Prof and Clarence would cover their route. They’d all be in place before the boat got back.

And then they’d all head back home.

“I
must return to my house,” Gem told me. “There are things I need to attend to; things that I have neglected.”

“And you will come with me.”

She just stared at me, unblinking.

It wasn’t a good time for me to go back home. And I couldn’t operate where Gem lived. But Portland was close by. And that town looked ripe for the kind of work I do.

As far as New York was concerned, I was dead. So, for now, I figured I might as well be dead and gone.

And once I learned Portland better, there were a couple of Russians in Lake Oswego I wanted to visit some night.

So I could tell them how their son turned out.

Andrew Vachss has been a federal investigator in sexually transmitted diseases, a social caseworker, and a labor organizer, and has directed a maximum-security prison for youthful offenders. Now a lawyer in private practice, he represents children and youths exclusively. He is the author of twelve novels, two collections of short stories, three graphic series, and
Another Chance to Get It Right: A Children’s Book for Adults
. His work has appeared in
Parade, Antaeus, Esquire
, the
New York Times
, and numerous other forums.

Further information about Andrew Vachss and his work is available on his website, “The Zero,” at
www.vachss.com
. 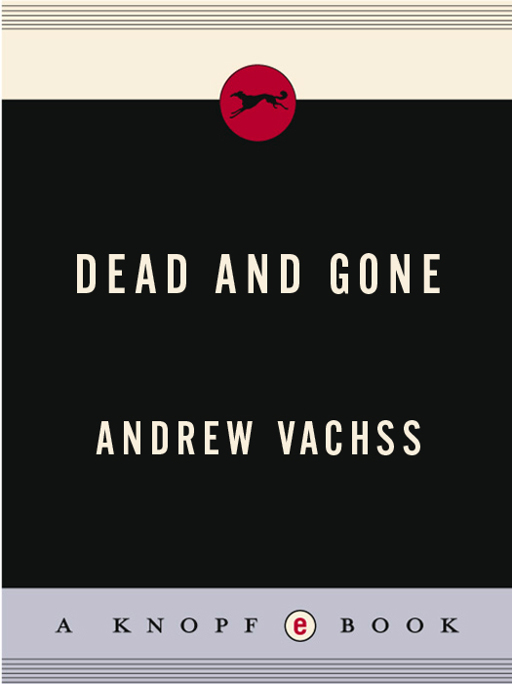