Dead in the Rose City: A Dean Drake Mystery 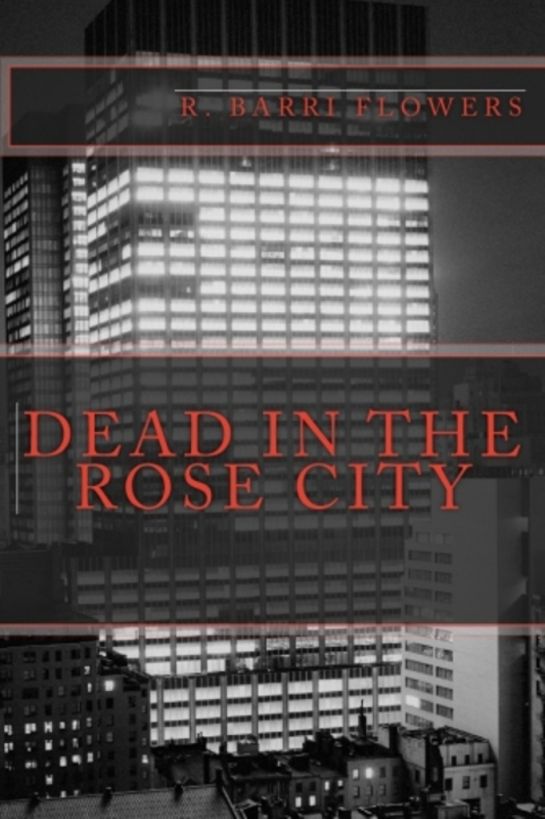 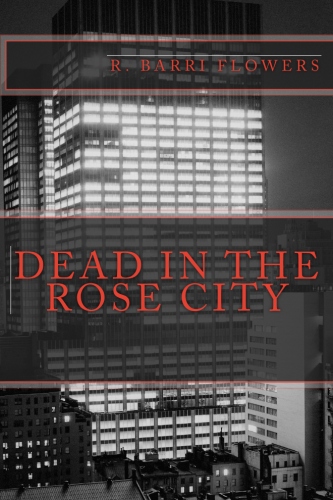 DEAD IN THE ROSE CITY
A Dean Drake Mystery

Copyright 2011 by R. Barri Flowers at
Smashwords. All rights reserved.

Dead in the Rose City is a work of fiction.
Names, characters, places, and incidents are either the product of
the author's imagination or are used fictitiously. Any resemblance
to actual events, locales, business establishments, or persons,
living or dead, is entirely coincidental.

Dark Streets of Whitechapel (A Jack the
Ripper Mystery)

Killer in the Woods (A Psychological
Thriller)

The Jury Has Spoken

Review of DEAD IN THE ROSE CITY

“Rose City is an interesting blend of classic
film noir and rough, modern black cinema... Quick action and tight
dialogue make it a jolting thriller, but it’s also got the
psychological tightness of a good mystery puzzle. The clues are
there...giving you a shot at your own observations.... Good book to
put on some slow jazz with and relax, letting your brain work on
some problems that are nothing like your own.” — Robert A. Sloan,
author of Raven Dance

“Raw, primal, thrilling, incredible—one of
the best books that I have read. I was completely riveted from the
first page.” — Romance Reader at Heart

“An excellent look at the jurisprudence
system...will appeal to fans of John Grisham and Linda Fairstein.”
— Harriet Klausner

“It has all the aspects of a perfect mystery,
and thankfully, it isn’t so predictable you figure out what’s going
on.” — RAWSISTAZ Reviewers

“Vividly written, this book holds the
reader’s attention and speeds along.” — Romantic Times

“A model of crime fiction...Flowers may be a
new voice in modern mystery writing, but he is already one of its
best voices.” — Statesman Journal

“Weaves a magical web, as well as, a tangled
one [and] wraps up the mystery thriller beautifully.” — Huntress’
Book Reviews

“A page-turner legal thriller that begins
with a bang and rapidly moves along to its final page.” — Midwest
Book Review

“Plot is clever and intriguing with unusual
twists, with the suspense escalating rapidly.” — Romance Reviews
Today

To my dad, who recently passed away and I
sorely miss, and to my mother, who has always inspired me to be the
best I could be as an author and a man.

I’d just stepped out of the restaurant, the
greasy food still settling in my stomach, wondering if I was ever
going to get out of the Rose City, when I saw her approaching with
a tall man. I did a double take, barely believing my eyes, but
trusting the sudden racing of my heart.

It was
her
—Vanessa King. Still as
gorgeous as ever. How many years had it been? Ten? Eleven? Too many
to even want to think about. Yet that was all I could do at the
moment, especially when she was the best thing that ever happened
to me. And I’d thrown it all away for reasons I couldn’t
explain.

If only I could turn back the hands of time,
things might have turned out differently. Me, Vanessa, and all the
joy we could bring to each other.

The day we met years ago was forever
ingrained in my mind for more reasons than one...

The dictionary defines fate as “unfortunate
destiny.” Once upon a time, I didn’t buy into forecasts of doom and
gloom, much less associate it with my life as a private eye and
even more private individual. But then I took on two seemingly
unrelated cases and one bizarre thing seemed to lead to the next
and even I began to wonder if I was somehow tempting fate.

Before I begin my fateful tale, let me
introduce myself. The name is Dean Jeremy Drake, or D.J. for those
close enough to be called friends or kin. Otherwise it’s simply
Drake. Some call me a pain in the ass. Others see me as a
half-breed with an attitude. I prefer to think of myself as a
forty-one-year-old, six-five, ex-cop turned private investigator
who happens to be the product of an interracial affair.

My parents, who have both since gone to
heaven, couldn’t have been more different. My father was Jamaican
black, mother Italian white. But for one steamy night they found
some common interests and ended up with me for their trouble.

I admit I can be a pain in the ass with an
attitude, or a gentle giant with a perpetual smile on my
square-jawed face, depending on which side of the bed I wake up on.
But that’s another story. Let’s concentrate on this one for
now.

It was raining like the second coming of
Noah’s Ark on that day at the tail end of July. I was sitting in my
Portland, Oregon office, my feet on the desk as if they belonged
there. The Seattle Mariners were on the tube playing the Oakland
A’s in sunny California. With three innings to go, the Mariners
were getting a major league ass whipping, 11-0. To add insult to
injury, there was a rumor that the players were planning to go on
strike next month.

Who the hell needed them anyway? I’d had just
about all I could take from greedy players, and owners who never
seemed to tire of bleeding the fans dry. For me, this was merely a
tune-up for the mother of all sports—football. The exhibition
season was due to start next month in what might finally be a
winning season for the Seahawks, my adopted team and a three hour
drive away on a good day with light traffic.

The Mariners had finally gotten on the
scoreboard with a solo shot when I heard one knock on my door and
watched it open before I could even say come in.

A tall, chunky, white man entered wearing a
wrinkled and dripping wet gray suit. He had a half open umbrella in
one hand that looked as if he had forgotten to use it, a leather
briefcase in the other. “Nasty out there,” he muttered, and let out
a repulsive sneeze.

“Tell me about it,” I groaned. You didn’t
live in a city like Portland if you expected sunny, dry weather
year round, though a soaker like this was pretty rare in late July.
I was still partly distracted by the game, when I asked routinely:
“How can I help you?”

That’s when he walked up to me, stuck an I.D.
in my face, and said: “Frank Sherman, Deputy District Attorney for
Multnomah County—”

Only then did it dawn on me that I knew the
man. Or at least I used to. Like me, Sherman was an ex-cop in his
early forties. He had made that relatively rare jump from law
enforcement to criminal law, while I had chosen private
investigation work as my answer to justice for all. The closest I’d
come to law school was the B.A. I’d earned in Criminal Justice from
Portland State University. This hardly made me in awe of the man
before me. He had gone his way and I had gone mine. Right now, it
looked as if our ways had converged.

“Narcotics, right?” I asked, taking my feet
off the desk.

He nodded proudly, and ran a hand through
wet, greasy dark blonde hair. “And you were homicide?”

“Seems like two lifetimes ago,” I
exaggerated. In fact, it had been six years since I turned in my
badge and the stress and strain that went with it for a lesser,
more independent kind of misery. That Sherman could identify my
department meant he had done his homework or my reputation preceded
itself. I chose to believe the latter.

“At least we made it out on our own two
feet.” Sherman looked down on me with big blue eyes and a twisted
smile. He was heavier than I remembered him, by maybe fifteen
pounds. No, make that twenty. I turned off the TV to give him my
undivided and curious attention. I did maybe a quarter of my work
for the D.A.’s office, but I almost always went to them rather than
the other way around.

“So is this a social call?” I asked, but
seriously doubted. “Or have those unpaid traffic tickets finally
caught up with me?”

He lost the twisted smile, and said directly:
“I’d like to hire you, Drake—on behalf of the State. Mind if I
sit?”

I indicated the folding chair nearest to
him—a flea market pickup that was a bargain. “I’m listening...”

Sherman laid the briefcase on the desk,
opened it, and removed a folder. “It’s the dossier on Jessie
The
Worm
Wylson,” he explained, handing it to me. “He’s wanted in
connection with the sale and distribution of narcotics and
methamphetamines. This bastard is personally responsible for most
of the drugs poisoning our city and turning our kids into
junkies!”

I looked at the face of a bald, dark-skinned
black man on the dossier. It said he was thirty-five, six feet
tall, and one hundred and seventy-five pounds. Wylson was a
resident of Portland and had been in and out of jail most of his
life for an assortment of drug and theft charges.

Even if I believed he was the scum of the
earth, I had trouble buying that this one dude was behind most of
the drugs floating about the city. In my book, that distinction
belonged to the Columbia drug cartels and the rich Americans who
made getting drugs into this country as easy as addicts getting
crack on the inner city streets.

Sherman shrugged. “Heard someone gave him
that name while he was in the joint, probably because he always
seems able to worm his way out of trouble.” He scowled. “Not this
time.”

There was something sinister about Sherman’s,
“Not this time.” I took another look at Jessie The Worm Wylson,
before shifting my gray-brown eyes to the man on the other side of
the desk. “If I find him—which I assume you’d like me to do—what
makes you think he won’t manage to slip away again?”

Sherman shifted somewhat uncomfortably. “It’s
a chance we’re more than willing to take,” he said evenly,
“provided you can locate his ass. If I have my way, once he’s in
custody, Wylson will be in a cheap, wooden box the next time he
gets out.” He sneezed then wiped his nose with a dirty
handkerchief. “So what do you say, Drake, will you take the
case?”

I glanced once more at the dossier and the
man called The Worm. It seemed like a simple enough investigation.
But I knew that no investigation ever turned out to be that simple,
especially when it involved the district attorney’s office. In
fact, finding anyone on the streets of Portland could sometimes be
like searching for a hypodermic needle in an urban jungle.

Home Is Where Hank Is (Cowboys To The Rescue 1) by Martha Shields
Stalking Shadows (Scary Mary) by Hunter, S.A.
Bullettime by Nick Mamatas
Frey by Wright, Melissa
Capture (Restless Motorcycle Club Romance) by Julia Marie
Infinite in Between by Carolyn Mackler
This Scepter'd Isle by Mercedes Lackey, Roberta Gellis
Frankie's Back in Town by Jeanie London
plaything by Moran, M. Kay
Deception by Silver, Jordan
Our partner