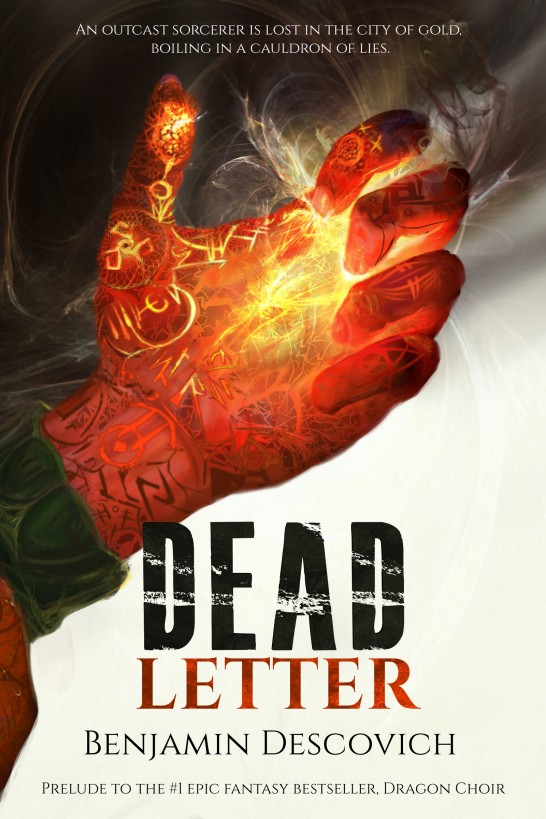 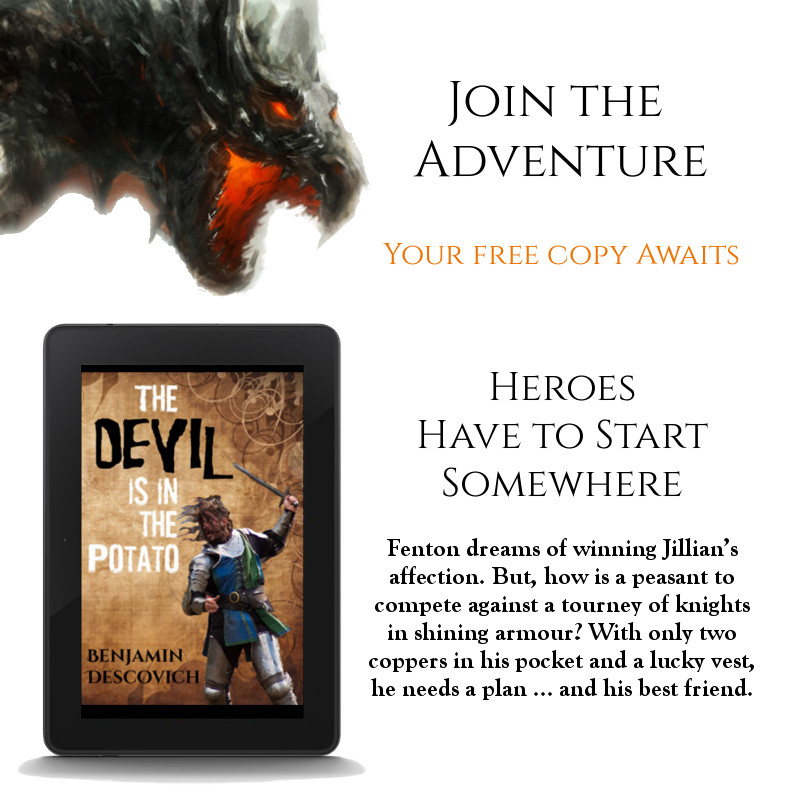 GET YOUR FREE
EBOOK!

Reproduction of this publication is prohibited without written
consent from the Author.

I appreciate that you are taking the time to enjoy my work and
would love it if you left a review where you made your purchase.
Tell your friends and family about it too. Every voice strengthens
the choir.

Thank you for your support.

Benjamin Descovich is the founder of
ethicalwriter.com
and works
everyday writing the seeds to grow a better future. Not only a best
selling author, he is a passionate environmentalist, social justice
advocate and holds a degree in Political Science. Born in Australia
and well travelled through Europe and Asia, he has been spoilt with
inspiration for his fiction. While the dramatic landscapes,
political intrigue and epic battles will captivate your
imagination; the dragons and magic take your breath
away.

The fans of
Dragon Choir who asked for more.

The pioneers
who took a risk

and set off on
a magical adventure

in a new
world.

You were the
first to say I could be a storyteller.

Your love and
belief made me beam. 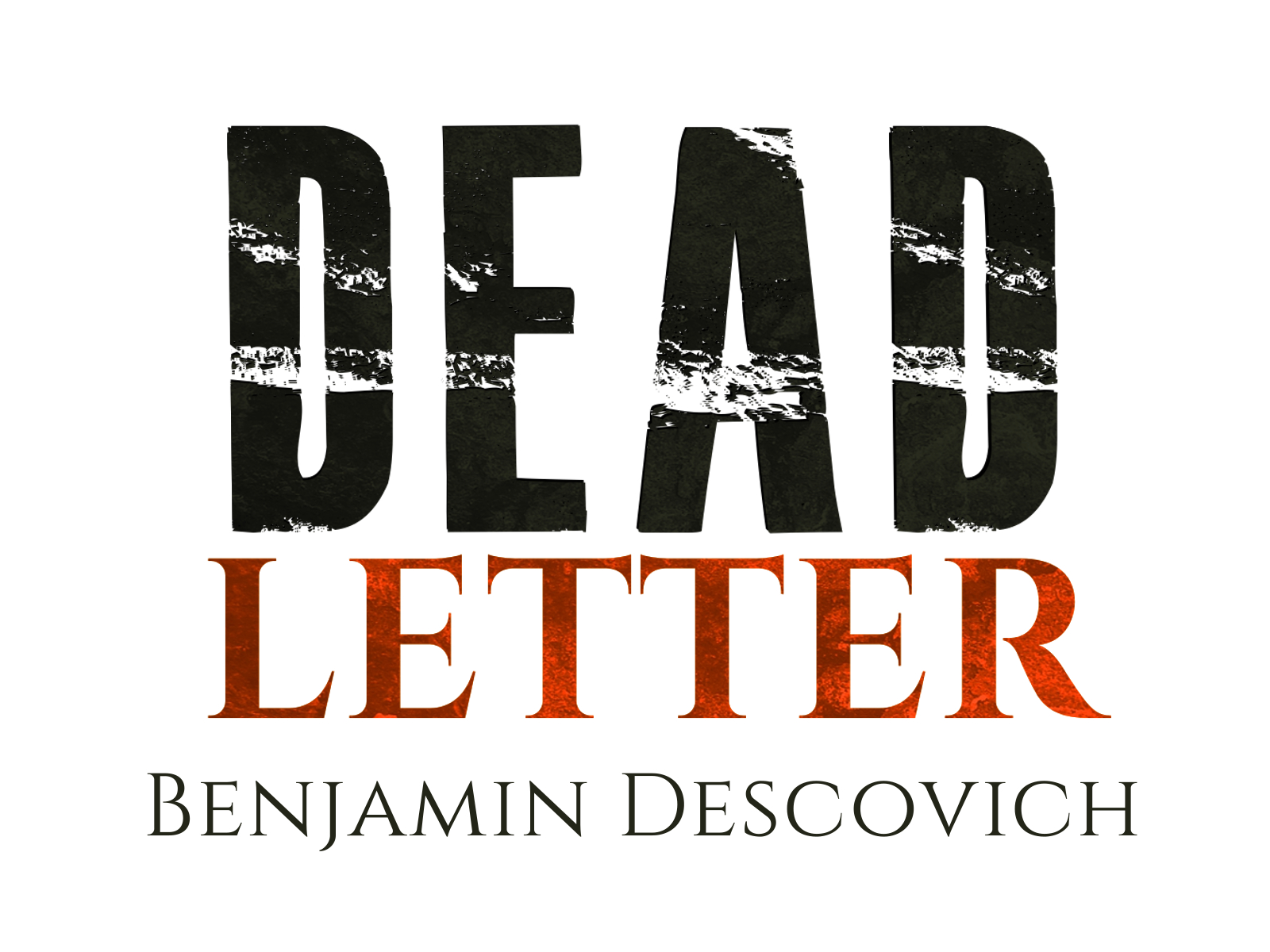 An outcast sorcerer is
lost in the city of gold, boiling in a cauldron of lies. Novice
Kettna is commissioned to solve a string of robberies, but is
haunted by a forbidden secret. Murder, blackmail and espionage
drive her investigation into the shadows of danger where she must
confront Bloody Agnus, the queen of the criminal underworld. Can a
mage with failing magic discover the truth to find her lost love
and save the city from itself?

The climb up
the stairwell to the Dean’s quarters wore on her mind more than her
legs. Had her transgressions been discovered, or had she been
promoted? Each step was a question that rocked between two equally
horrid possibilities. It reminded her of plucking daisy petals and
chanting;
He loves me, he loves me
not
. Neither of those options worked out
well when she was a girl. The average field daisy had thirty-four
petals. This skewed the results of the outcome, but not the truth
of it. In her experience, young love returned was just as painful
as the unrequited variety. No matter what the approaching result
would be, Novice Kettna took each stride in a steady rhythm,
determined to have her review over and done with.

At the
top of the stairwell, her resolve faltered. The door to Dean
Fynze’s chamber was open, as was his custom. Kettna would have
appreciated a shut door to linger behind, to gather her thoughts
and tick and tock between the same questions that had worried her
at each step. Instead, her worry was assaulted by the Dean’s robust
and cheerful greeting. “Novice Kettna! Welcome. Don’t dwell at the
door now. Make your way forth. Mind your step past that book stack.
It received a bump earlier from the cleaner trying to muscle around
the place like an ox in a paddy.”

The
stack of knowledge leaned like a rotten tree trunk, ready to fall
at the slightest sneeze. Kettna reached out to right the stack then
thought better of it, not wanting to risk death-by-bookfall should
she nudge it the wrong way.

“
I thought you’d scared off all the cleaning staff,
Dean.”

“
No such luck! This new woman is a relentless monster, poking
her nose in here everyday for the last month. With her penchant for
symmetry, I would have sworn she was part elf, but her pig-headed
disregard for my instructions lends favour to my certainty she is
of a lesser species.”

“
You always taught us that diligence was a virtue to be
rewarded. Her duty and your chambers are at odds. Why not reward
her virtuous persistence?”

“
Pfft! I’ve heard enough about the state of my chambers today,
thank you very much. All is where it should be. Now, there are
matters we must discuss. Have a seat.”

Given
that mounds of paper and piles of books occupied each of the seats,
Kettna raised her eyebrows at the request.

“
Here then,” offered Dean Fynze, waddling around the desk to
bisect a tower of solid tomes and drop them into a chair sized
stack. “Don’t say a word. We must appropriate function from all
objects, no matter their inherent use.”

Kettna sat carefully upon
Dissecting
Duplicant Behaviour: Enduring Replications of Temporal
Subjects
and concerned herself with
claiming a measure of poise from the hefty tome, as Dean Fynze
advised. At any rate, it was not as uncomfortable as the title
implied.

Dust
motes ascended in a frenzy from the impact of the Dean’s ample
weight and settled upon his plush velvet high-backed chair. “You
are aware that I have called you here to discuss your review,
yes?”

“
I am,” said Kettna, preparing herself for the bad
news.

“
You’re an outstanding student. Your grasp of complex
technical calculations and your critical engagement with magical
and alchemical theory is on par with our senior adepts, yet here
you are again, under review for a flagging practical
performance.”

“
So, I don’t qualify for the trial this season?”

“
No. It would be irresponsible to send you into such danger
without adequate proof of the required talent.”

Kettna
relaxed her balled fists. The novice was glad of it, for she knew
the trial was a death sentence for those with unreliable talent. It
was an honour to be awarded the right to take the trial, but she
knew no matter how long the Order of Calim delayed her promotion,
she would never be ready to claim a higher name. Novice would be
her pinnacle rank and she would fade to grey and perish amongst the
labyrinthine archives of the Great Library. Better that than
getting caught using unsanctioned aides.

“
I understand,” she announced, attempting to cover her delight
with a mask of measured respect for the elders’ judgement. “Perhaps
by next season I will have improved. I won’t take up any more of
your time. I’ll take my leave.”

“
There is something else,” the Dean’s expression tightened.
“Please, keep your seat.”

This was
it. They’d finally found her out. Child prodigy no longer, just a
fizzed out talentless hack, poaching to stop-gap her failing
connection to the weave. How had they found out? No one else knew
except Rix and he’d never rat on her. He couldn’t, even if he
wanted to. They must have detected some residue or found her hidden
stash. The punishment was worse than death; it was a life of shame.
She’d be banished, her name taken, her ink blacked over. “Shouldn’t
this be coming from the Archmagus?”

“
Well, it does come from her in a way,” replied Dean Fynze
with a quizzical look before returning his attention a stack of
sealed letters.

“
Don’t I get a right of reply?” She’d be damned to take
banishment unless she heard it from her mother’s own
lips.

“
Of course you can reply, though I think you’d want to read it
first.” The Dean pushed a letter across the heavy desk, ploughing a
path through the clutter of dried orange peel, sunflower seed husks
and scrunched up sweet wrappers.

The
Order of Calim’s wax seal stared at her like a swollen red eye,
gloating at her inability to guess what message was contained
within. Kettna cracked the seal open and digested the bitter
serving. Swallowing the edict injured her pride. She folded the
letter and picked at the broken seal, dropping bits of wax on her
green robes.

“
I’ve never known you to be without a response. What of the
instruction? Isn’t it what you wanted?”

“
I wanted permission for a brief sabbatical in the city. Not
to serve with the odious city watch!”

Shocked
by the outburst, Dean Fynze wrapped his knuckles on the desk. “Calm
yourself, Novice. What does it say? It can’t be as bad as that. The
watch isn’t for the likes of you.”

The
novice reluctantly handed the missive back to the Dean, who pulled
his monocle out and read over the contents. “No, no, no. It doesn’t
say that, not exactly. Your graces here with the Order have not
plummeted so low as to be offered up as our tribute to the city
guard. You are there to assist the Constable with investigations of
special importance.”

“
That is just Mother making pretty words for my ugly
exit.”

“
Take it as an opportunity.”

“
What? To lean on a pike all day and help imbeciles count
beans at market?”

“
What then? How will I find Rix if I am running errands for
the Constable?”

“
I’ll pretend I didn’t hear that name.” The Dean unwrapped a
sweet and offered it to Kettna, who refused. “First, I think you
need to find yourself before you chase after past mistakes,” he
said, popping the lemon drop into his mouth.

“
Then how is it that magic evades you?”

“
I know everyone expected me to follow in Mother’s footsteps,
but what if this is everything I’ve got. What if I’ve peaked
already? The magic just isn’t coming. Nothing works.”

“‘
What if’, is not how you understand ‘what is’. Clutching at
water with a fist will leave you thirsty. An open palm will fill
your needs. You should accept this task with the grace it deserves.
Represent the Order of Calim with dignity and serve the citizens of
Calimska with honour. Never before has a novice been assigned a
post so close to the Constable. This is quite a feather for your
hat, Kettna.”