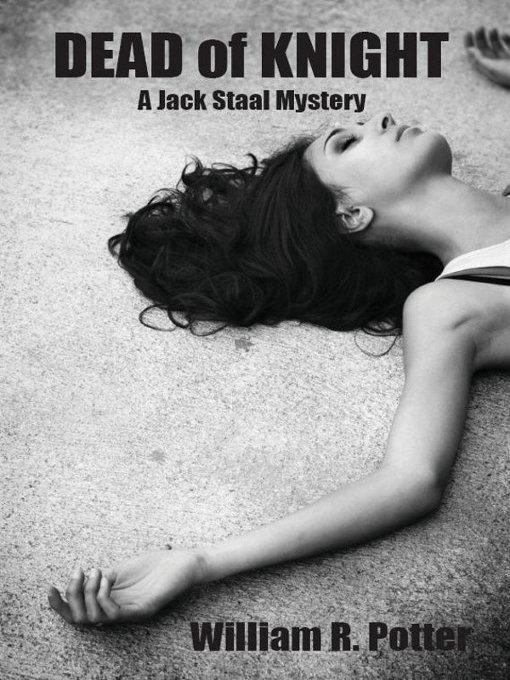 No part of this book may be reproduced, stored in a retrieval system or transmitted in any form without prior written permission of author/publisher, except for a brief quote or description for a book review. Please do not participate in or encourage piracy of copyrighted materials in violation of the author’s rights. Purchase only authorized editions.

This book is a work of fiction. The names, characters, and places written within are the product of the author’s imagination or are used fictitiously. Resemblance to actual persons, living or dead, businesses, companies, events or locales are coincidental.

Dedicated to the memory of my mother. Her love of reading was surpassed only by her love for her family and friends.

Hanson
, British Columbia, is a fictional town of 100,000 approximately seventy miles east of Vancouver, and nestled between the Cascade Mountains and Lake Hanson.

The transit rider was outfitted entirely in black, from his snakeskin boots to the bandanna that held back his hair. In his regular clothes, he felt vulnerable and inept, but when he pulled on his dusky 501 jeans, t-shirt and leather jacket he was unbeatable. The big city gang-bangers had their purple or red, the cops had their blue; his signature was the color of the night.

He sat in the rear seat of the First Avenue South bus as the sluggish vehicle plodded along spewing sooty diesel exhaust skyward. The stench of vomit and body-odor was too familiar to disturb him as he thumbed through the stapled and taped pages of a tattered, coverless book. He knew its contents by heart. He was ready. Ready to pass judgment on the guilty.

His first two judgments had been utterly successful and he was confident this mission would be no different. Still, he was only an apprentice, unworthy as yet to cast off his beginner’s code name, Tyro. In time, however, he would replace his teacher and become the greatest soldier of justice in history.

Blue-haired old ladies, street bums, and teenagers boarded and exited the bus. He ignored them. When his stop approached, Tyro tugged on the bell rope and rose to his feet. Could the plebeians around him sense that justice was about to be served? No, he thought with a sneer. They were too caught up in their own little lives.

The bus hit a pothole and lurched as it approached the curb. Tyro staggered, swore, recovered his footing, and glanced left and right to see if anyone had noticed.

He pulled his jacket tight around his shoulders and hurried down the steps, pausing on the street to reach into his jacket pocket and pull out a pack of cigarettes. He fumbled to get a butt into his lips, flicked open his Zippo, and lit it. He inhaled and coughed, his face flushing as he fought to control his breathing. With an angry twitch of his lips, he inhaled again and headed north up First Avenue.

The street was quiet, but he knew it would soon be crowded with moviegoers exiting the late show at a nearby Cineplex. Tyro avoided eye contact with any of the other pedestrians. A soldier of justice should never be noticeable, he told himself. Besides, he hated how vulnerable it made him feel, like anyone looking at him could tell he had never kissed a girl in his thirty-four years. That he still lived at home with his mom, barely holding on to his brainless, loser job.

Stop it. You are a soldier of justice. No self-loathing tonight.

Tonight he was Tyro, a man of action and purpose. He had a duty to uphold.

He made a right on Jackson Street and a left on Second Avenue. He dropped his cigarette, ground it out against the sidewalk, then strode straight through the front door of Jim’s Diner. A quick glance revealed only two customers, both seated at the counter; an old geezer in an ancient tan suit and a guy in his fifties wearing faded torn jeans and a green t-shirt. They rambled on about Tiger Woods and why he had missed the cut at the British Open.

Tyro knew this type of place all too well. Sixteen tables filled the dining area and a dozen stools lined the counter. He scowled at the stink of stale deep-fryer grease and slid into a booth that could easily hold six people.

“Yeah.” He picked up the menu and scanned it. “I’ll have a Jim’s cheeseburger and fries.”

“It’ll be ready in two shakes,” she said. Her uniform exposed half of her breasts when she bent to fill his cup, and as she walked away her ass wiggled in that sleazy way some waitresses used to entice tips from their male customers. Barely five feet tall with bottle blonde hair, Kim’s tired eyes and deeply lined face made her look much older than her thirty-two years.

Tyro lit another cigarette and coughed when the harsh smoke flooded his lungs. At the cash register, Kim bit her lip and looked away. He felt anger build in him, not just at her amusement, but at himself for thinking anyone would be fooled by his act
. Stop it. You are a soldier of justice
. The old man left cash at the counter and limped to the door, a clubbed right foot scraping against the linoleum floor. The geezer’s friend went to the washroom and then left through the rear exit out to the back lane.

The kitchen door swung open and a man in a filthy white apron emerged carrying a tray of food. The cook slapped the burger and fries on the table in front of him and turned to go. The patty was undercooked and the fries too greasy, but it had been six hours since Tyro’s last meal and he wasn’t one to complain. He shook his head when Kim appeared and asked if he needed anything else, irritated at the interruption.

She sauntered away and yelled toward the kitchen, “I’m taking a break before the rush, Jim!”

Tyro nibbled his food and watched her silently. She poured herself a coffee, grabbed her purse from behind the counter, and headed for the washrooms. Instead of turning left for the ladies, however, she continued straight on and out the rear door. He stared at the hall where a fluorescent light flickered as if it was about to expire.

Now was his chance.

Tyro had known Kimberly Angela Walker since he was a teenager. She might not have recognized him, but he definitely remembered her.

For an instant he hesitated, his mind racing. He could bolt from the booth—sprint to the entrance—flee into the street....

His master would never flee. He would stand firm.

I’m strong. I am law and order’s only hope. Judgment will be swift.
Tyro rose from the booth, pulled on his leather gloves, and followed his mark from the restaurant out into the lane. He had waited fourteen years to build up the courage to face her, to confront her with the sins of her past.

Kim leaned against the red brick wall of the restaurant, sipping coffee and smoking. She was probably thinking of her kids, he thought. Bryan and Bradley must be the only bright spots in her pathetic life.

She glanced up at him with a flicker of interest. He knew she was looking him over, trying to figure out why he looked familiar. She gave a little shrug, tossed her smoldering butt, and fumbled in her purse for another one.

The lane was barely wide enough to allow the pssage of service vehicles. Despite two dumpsters placed near the door, the alley was littered with trash, old clothes, newspaper, and bottles. He could see the blue flash of televisions screens in most of the apartment windows that lined the alley and he doubted anyone would be peering out to witness his actions.

He smiled at Kim, stopped a few feet from her, and lit up, managing not to gag as he inhaled.

“Jim doesn’t enforce the smoking ban.” Kim flipped her hair. “I just come out to get some fresh air.” She grinned and looked away.

Her grin angered him. His heartbeat began to increase until it thumped in his chest and pounded in his ears. He took a deep calming breath, held it, and then exhaled.

“Yeah, me too,” he said. He offered her one of his cigarettes. She accepted. He placed it on her lips and flipped his Zippo. Her cheeks furrowed when she inhaled. She grinned at the Bud Light beer label on the lighter and sipped her coffee.

“What?” She retreated a step. “How did you know it’s my birthday?”

Tyro clenched the lighter in his fist, pulled back and struck a quick blow to her throat. The porcelain cup of steaming coffee burst from her grip and smashed to the ground. Her eyes widened in shock as she clutched at her neck and sunk to her knees. He grabbed her hair in both hands and slammed her face down against his rising knee once, twice, releasing her so that she cracked her head against the wall. He stepped aside to survey the results of his attack.

“You have accomplished a great deal in your thirty-two years, haven’t you, Miss Walker?” he said as he dragged her into the hidden space between the two dumpsters. “Two illegitimate children, a deadbeat boyfriend, and a minimum wage job slinging burgers to the scum of the earth.” He undid his leather belt and pulled it from his waist.

Tyro looped it around her neck and pulled it tight. The pressure on her windpipe woke Kim up, and she fought to get it off, gasping for breath. Tyro straddled her, using his weight to hold her body in place. She bucked like a bull against him, but the more she struggled, the tighter he drew the noose. She gasped and wheezed a shuddering breath, then finally fell still. Tyro waited until he was sure she was really dead.

“How’s that feel? Huh?” He spoke into her ear. “How does it feel, you stupid bitch?”

He finished the rest of his sentence quickly. The entire process took less than a minute. His training left no room for mistakes, and when he was done he paused for one last look.

“I know how it feels. You and your friends made sure of that,” he whispered.

Releasing the belt from around her neck, he stood up and threaded it back through his jeans.

“Kim!” An annoyed voice called from the doorway. “Shit, woman, the movie is over. The rush is on!”

Tyro crouched between the dumpsters and held his breath. He did not desire a confrontation with the cook, but he would deal with the man if he had to. When the door slammed shut again, he escaped along the alley and into the street.

The evening breeze chilled Tyro’s sweat-drenched body. Now that the judgment was over, he felt at a loss. It was always that way; the adrenaline, the feeling of absolute control as he took a life, and then the seeping return of normalcy with its agonizing uncertainties. The sidewalk was jammed with movie fans and he pushed his way through them, panicking until he remembered he still wore the outfit; he was still strong. He hailed a cab and left the scene of the crime.

Rule of Three by Jamieson, Kelly
One of Us: The Story of Anders Breivik and the Massacre in Norway by Asne Seierstad
Everflame by Peters, Dylan
In Loco Parentis by Nigel Bird
Love_Unleashed by Marcia James
The Sinking of the Bismarck by William L. Shirer
El druida del César by Claude Cueni
Second Time Around by Jaine, Simone
Perfectly Honest by O'Connor, Linda
Chaos by Nia Davenport
Our partner