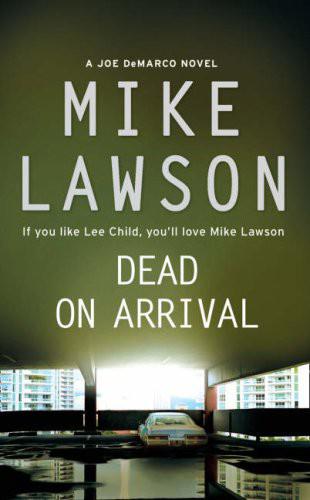 To Keith – the best birthday present ever
.
We’re so very proud
.

They had no idea how big the blast might be.

The techs, those useless dorks, said the bomb could take out just the garage or just the surrounding homes – or it could flatten struc tures as far as a quarter mile away. It all depends, they said. It depended on how the bomb was constructed, if it was shaped to blow in a par ticular direction. It obviously depended on how much ammonium nitrate the bombers had. It all depends.

No shit
, had been Merchant’s response,
and thanks
for all your help
.

But Merchant knew, no matter how big the bomb might be, that he couldn’t evacuate the nearby homes. If he started an evacuation, the two guys inside the garage might notice all the lights going on at three in the morning and then would see people running like hell, dressed in their pajamas. Or, with his luck, one of the good citizens they were trying to protect would call a radio station, and the bombers would hear that they were surrounded by fifty FBI agents. And once they knew that, they’d probably blow the thing right where it was, and Merchant and his guys, hiding less than twenty yards from the garage … well, they’d be toast. Literally.

If the bomb did explode and a bunch of civilians were killed, the media weenies and the politicians would naturally second-guess the hell out of his decision not to evacuate. They’d call him reckless and irresponsible, and his bosses would blame it all on him to save their bureaucratic butts. But then what did he care? He’d be dead. No, the smart thing to do was to forget evacuating anybody and go in now. And as for trying to negotiate with the guys in the garage. … Hell, even the suits at the Hoover Building agreed that would be useless. You can’t negotiate with people who are willing to kill themselves in order to kill you.

What a way to spend Labor Day.

He spoke softly into his mike: ‘Alpha to Bravo Team Leader. Any sign of a third man yet?’

The two men assembling the bomb were in a garage that was fifty feet from a two-story house. Merchant had overall tactical command of the operation and command of the five-man squad that made up Alpha Team. Another senior agent commanded Bravo Team, also a five-man squad. Bravo was on the opposite side of the garage from Alpha. Charlie Team, which consisted of almost forty agents, was protecting the perimeter, making sure no one entered or left the site. Charlie also had the snipers. The snipers would shoot anyone they thought needed shooting – and they wouldn’t miss.

Merchant and his men were dressed in SWAT gear: combat helmets with face shields, black fatigues and body armor, headsets so they could hear and talk to Merchant, night-vision goggles, and an assortment of assault rifles, shotguns, and .40-caliber pistols. They were dressed for war, a war they were going to start.

‘Alpha to Charlie Team Leader. What about you? Any sign of the third man?’

The reports they’d received said three guys were involved, but there might not even
be
a third guy. The intelligence on him was weak. Maybe the third guy was in the house sleeping, or maybe he’d left to get something. Whatever the case, it was time to move. They had to move before daylight and the longer he waited the higher the likelihood that the guys in the garage would see his men or, even worse, drive the truck out of the garage. If that happened he’d be dealing with a
mobile
bomb, and that would be no fun at all.

‘Alpha Team Leader to all personnel. We’re going in. Bravo, are you ready?’

‘Charlie, are you ready?’

Merchant nodded, although no one could see the gesture. He couldn’t rely on the intelligence and he couldn’t rely on the techs – but he could rely on his guys. He spoke into his mike again. ‘Re member, we want these assholes alive but I don’t want any of you people dyin’ to keep them that way.’

Merchant took a breath, flipped the safety on his weapon, and felt the adrenaline start to squirt into his bloodstream. ‘On my go,’ he said. ‘Three. Two. One. Go!’

The garage had two doors: a normal door, like the door to a house, and a slide-up garage door operated by an electric garage door opener. There were also two small windows. On Merchant’s
go
! the men from both teams belly-crawled forward until all ten agents were pressed up against the walls of the garage. Merchant tapped one of his men on the shoulder, and the agent placed four small C-4 charges on the large garage door, each charge at the corner of an imaginary six-foot square. A fifth charge was placed in the center of the square. Merchant took a breath and whispered into his mike a second time. ‘On my go. Three. Two. One. Go!’

Three things happened simultaneously: flash-bang grenades that produced a horrific amount of noise and light were shot in through the two windows; a door knocker – a heavy piece of pipe with a plate welded on one end and equipped with handles – was slammed into the small door, ripping it open; and a button was pushed on a re mote control and the five small charges on the garage door exploded, blowing a hole in the door. Merchant’s men were inside the garage in less than three seconds, screaming like banshees out of some urban nightmare.

It went down perfectly, like a training exercise at Quantico. The two men inside the garage were both on the floor, knocked down by the concussion of the door being blown open. They’d been blinded by the flash-bangs, had their fists pressed against their eyes, and were wondering why their ears didn’t work. Merchant’s guys had handcuffs on the mutts less than a minute after they breached the building.

Jesus, Merchant thought, they’re just kids. Then he looked inside the truck. Holy shit! That was a
lot
of fertilizer. There had to be at least a ton, maybe two.

‘Merchant to Charlie Team Leader. Garage secure. Perps in cus tody. Get the bomb techs in here now,
right
now, to tell me if this goddamned thing is armed.’ Turning to the agent in charge of Bravo Team, he said, ‘Harris, take your people and do a quick sweep of the house and make sure the third guy’s not in there. Clemens, you take these bastards to the command vehicle and stand by. I’ll wait here until the bomb techs show.’

Merchant looked into the truck again. Man, that was one big bomb! He wondered what – or who – these guys had been planning to blow up.

He was two blocks away when he saw all the flashing red and blue lights. He stopped the car and took the binoculars from the glove box. There were so many lights that he could see the scene as clearly as if it were noon instead of 4 a.m. He could see a fire truck, two ambu lances, and more than a dozen marked and unmarked police vehicles. There were also two armored trucks, one truck looking like some thing a bomb disposal squad might use. The other truck, with the satellite dishes on the roof, was probably a command and communi cations center. There were uniformed men milling about and men wearing windbreakers over white shirts and ties. FBI, he assumed. Standing off to one side was a group of men dressed in helmets and black clothes, shaking hands, patting each other on the back, acting like athletes who’d just won a game. There were also a lot of people standing outside their homes wearing robes or clothes they’d just thrown on, wondering what was happening in their peaceful Ameri can neighborhood.

What had those fools done wrong?

He had to leave immediately; he was particularly vulnerable now. He hoped he hadn’t left anything inside the house or the garage that would identify him, but if he had there was nothing he could do about it. They could have cars patrolling the area and if they stopped him he had no doubt they’d detain him because of the way he looked. He made a slow turn into a driveway, backed up, and began driving in the direction from which he’d come, forcing himself to drive slowly.

His right leg was on fire; it always hurt when he’d been sitting for a long time. He needed to get out of the car and walk around a bit, but he couldn’t do that. He would bear the pain – as he’d always borne the pain – until it was safe to stop.

He headed in the direction of the freeway. With God’s blessing, he’d be in Philadelphia in two hours. There he had a place to go, a place set up in advance. There he
might
be safe.

What had those fools done?

He always looked fresh whenever he conducted an interrogation: his shirt wrinkle-free, his tie in place, face clean-shaven, hair carefully combed. He looked as if he’d just stepped from a shower after a full eight hours of peaceful sleep. The truth was that he was surviving on catnaps, but he would never allow the prisoners to see this. They had to think that Clark could go forever, that he’d never stop. And he wouldn’t.

Clark was an ordinary-looking man in his forties, five-nine, reced ing hairline, carrying twenty pounds he ought to lose. He wasn’t physically intimidating and he knew it – that’s why he had Warren Knox for an assistant. Knox was six-four, heavily muscled, and kept his hair cut close to his big knobby skull. He had a particularly brutal face, the kind you’d expect to see on a tattooed felon, and he always looked like he was just barely suppressing an incredible amount of rage. The truth was that Warren Knox was hardly violent at all; Clark had killed more men than Knox.

Caine's Reckoning by Sarah McCarty
The Diamond Lane by Karen Karbo
My Sister's Best Friend (Best Friends 3) by G.L. Snodgrass
The Pickled Piper by Mary Ellen Hughes
You Are Here by Donald Breckenridge
Autumn Sacrifice by Green, Bronwyn
Eyes of Silver, Eyes of Gold by Ellen O'Connell
In the Memorial Room by Janet Frame
Seducing the Ruthless Rogue by Tammy Jo Burns
Away by Megan Linski
Our partner