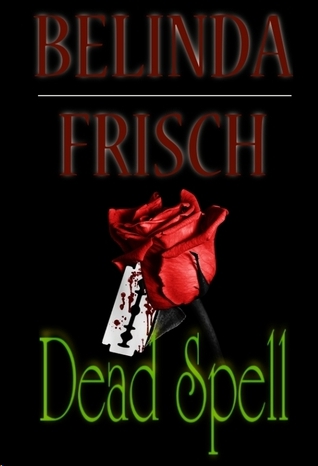 Special thanks to Glen Krisch and AJ Brown for their keen editing and to Summer Dawn Hammond and Shahrukh Husain for their tireless cheerleading and overwhelming support.

This book is dedicated to my loving husband, Brent.

Thank you for making my dreams come true.

Also by this author:

Crisis Hospital: Dark Tales from the Ward, the World, and the Bedside

Adam cut the Chevy’s engine, silencing the rumbling exhaust. It was Harmony’s first time home in weeks and she postponed the visit as long as she could, but now that fall was giving in to winter, she needed warmer clothes and to relieve her nagging conscience.

She put on her camouflage jacket, careful not to scrape the fresh cuts on the inside of her arm, and froze with a momentary fear of what she might find inside.
Afraid that if her mother was dead that there was no place safe to run to.
The security light on the trailer next door glistened across the frosty lawn and burned through the windshield like a spotlight.

Her own trailer was dark. Something covered the windows from the inside, but no light seeped around it. The loose front stair had finally collapsed and the door had several new dents.
One for each new boyfriend.
The place looked condemnable and Harmony couldn’t wait to leave it.

Adam turned to Harmony and sighed. He was exhausted from worry, the dark circles around his eyes lending a skeletal hollowness to his thin, but handsome face. “Promise me you’re going to that appointment tomorrow,” he said.

Family court had ordered monthly psychiatry visits in an attempt at keeping Harmony with her mother after she overdosed on antidepressants. They went to only two sessions and the last time Harmony saw her mother, it was clear she was in no shape to go to a third. She was running out of excuses.

“Please don’t start that again.” Harmony straightened the garter clips on her thigh highs, smoothed her long, black and pink-streaked hair over her shoulders, and climbed onto his lap. The steering wheel jabbed her in the back and she couldn’t get comfortable.

Adam slid the bench seat back and rested his hands on her hips. “Don’t even start with the distractions.”

But distractions kept him from talking. She opened her mouth against his and tasted his sweet mint gum with the familiar and not at all bothersome hint of tobacco.

Adam held her off even as she tried to unbuckle his studded belt. “If they put you back in foster and take you away, what do you think it means for me?”

“I know what
this
means for you.” She reached between his legs and grinned at his eagerness.

“Stop it.” He grabbed her wrist and she drew back, smacking her knuckles into the door.

“What the hell did you do that for?”

Adam held his hands up, confused. “What are you talking about? I barely touched you.”

She couldn’t admit she was cutting again and he would never believe that it wasn’t her fault. That something or someone was making her do it. She spent her whole life looking for explanations for why she felt better with pain, but this time was different. A ghost named Tom was to blame and he was going to kill her unless she figured out who he was and what he wanted in time to stop him.

Adam tried to look at her arm, but she blocked him.

“I’m fine,” she said. The burning pain faded to a dull sting and then disappeared altogether. Harmony leaned into Adam. She pressing her corseted breasts to his chest and crushed him with kisses. Her long hair fell around her face and Adam wrapped it around his hands using it to draw her closer.

His hips moved beneath her. The studs on the belt pressed into her thighs and she pushed them away. His breath slowed to labored panting and she knew she had him.

“I still want to take you to your appointment,” he said. “Tell me you’ll let me.”

“Shh…” She lifted her short, pleated skirt and undid his zipper.

She shrugged and flashed a naughty smile. “Who cares?” she whispered. “Let them watch.”

The dark trailer reeked of stale cigarette smoke. The clutter was nothing less than encroaching. The door was blocked by boxes and garbage and Adam had to force it to get inside. Charity, Harmony’s mother, lunged at them. She was disheveled and wearing black-on-black clothes.

“What the hell?” Adam shoved Harmony behind him and fumbled for the light switch. It clicked, but no lights turned on.

“Shut that off before they see,” Charity hissed, her breath liquor-soaked.

“See what?” Harmony took her mother by the shoulders and struggled for eye contact. Her mother’s pupils were dilated and fixed on the floor. “There’s nothing to see, Mom. You’re fine.”

Charity growled and shrank into the shadows--a frail, broken, shell of a woman strung out and off her meds. If she recognized Harmony at all, there was no indication. “Get out of my house.” She swiped her hand at Adam as if she had claws.

“Harmony? Oh, God. They’re coming.” Charity sniffled and blood ran from her nose. “My baby, they’re going to take you away.”

Harmony cried at the lucid moment and the pain of the memory of when that was true. “No one’s coming, Mom. Not this time.”

Adam rummaged through the countertop clutter for the bottle of sedatives that was usually there. “She did a number on this place,” he said.

It wasn’t the first time.

Cardboard covered the tiny windows and was held in place with duct tape. Charity fashioned bunkers out of boxes, couch cushions, and blankets and from the garbage all over the floor appeared to have been living inside them.

Harmony shook her head and looked for the pills. “See, this is why I don’t stay gone.”

Charity curled up against the wall and pulled her knees tight to her chest.

Harmony found the pills tucked inside the aluminum foil-lined bread box. “I got them.”

Charity picked at the patch of scabs on her forearm, shushing no one in particular. “The place is bugged,” she whispered. Her bloodshot eyes sprang wide and she waved away the beam of the flashlight.

Harmony filled a cup half-full with tap water and handed Charity two white pills. It was easier to play into her delusions than fight them so she offered a story with as straight a face as she could manage. “Here,” she said softly, “The pills will make it so they can’t hear you.”

Charity smiled and swallowed them without argument.

Harmony sat down next to her mother and smoothed a tangle of ratty hair away from her sunken cheek. The bones were more prominent than even a week ago and Harmony sniffled, wiping her nose on her sleeve. Adam held his top lip between his teeth. His eyes glossed over. “This is why I can’t go tomorrow,” Harmony said. “Dr. Reed’s expecting her and she can’t see him like this.”

“You missed too many appointments already, Harmony. You’re going to have to think of something.”

The number twelve bus was full of morning commuters reading and drinking their coffees. Harmony leaned her head against the window and hid her bloodshot eyes behind a curtain of hair. Concrete Blonde played loudly through her headphones but neither angst nor ballads could soothe her.

“This is such a bad idea.” She huffed at the lady flipping and folding the Life section in the seat next to her.

The lawyerly woman stared at Harmony’s knee-high boots, her trench coat, her piercings, and the pentagram necklace dangling in the low cut “v” of her black lace bustier with obvious disgust.

“Why don’t you take a picture?” Harmony hit the filter end of her cigarette box hard against her palm.

The woman changed seats without saying a word and settled in next to a neurotic, middle-aged man furiously texting on his smart phone.

The bus slowed and Harmony took out her left ear bud.

The filter end of an unlit Marlboro dangled between Harmony’s lips and she drew a breath through it, antsy for a light.

The bus stopped at the corner of 9
th
and Oak and holding her black trench coat closed, Harmony pushed her way through the line of standing passengers.

“This is me,” she said barely making it out before the driver closed the door. She stepped onto the sidewalk and lost her cigarette down a sewer grate.

“Perfect,” she said and rolled her eyes.

The wind blew her coat open and it flapped like a bisected flag, exposing her fishnet stockings. She pulled it closed hoping to avoid drawing further attention, but a scruffy man in ripped-up jeans and paint-splattered work boots standing outside the check cashing place already noticed her. He whistled and headed in her direction.

She put her hands in her pockets, tightened her grip on the pepper spray in her right hand and laced her keys between the fingers of her left. If she had to hit him, it was going to hurt.