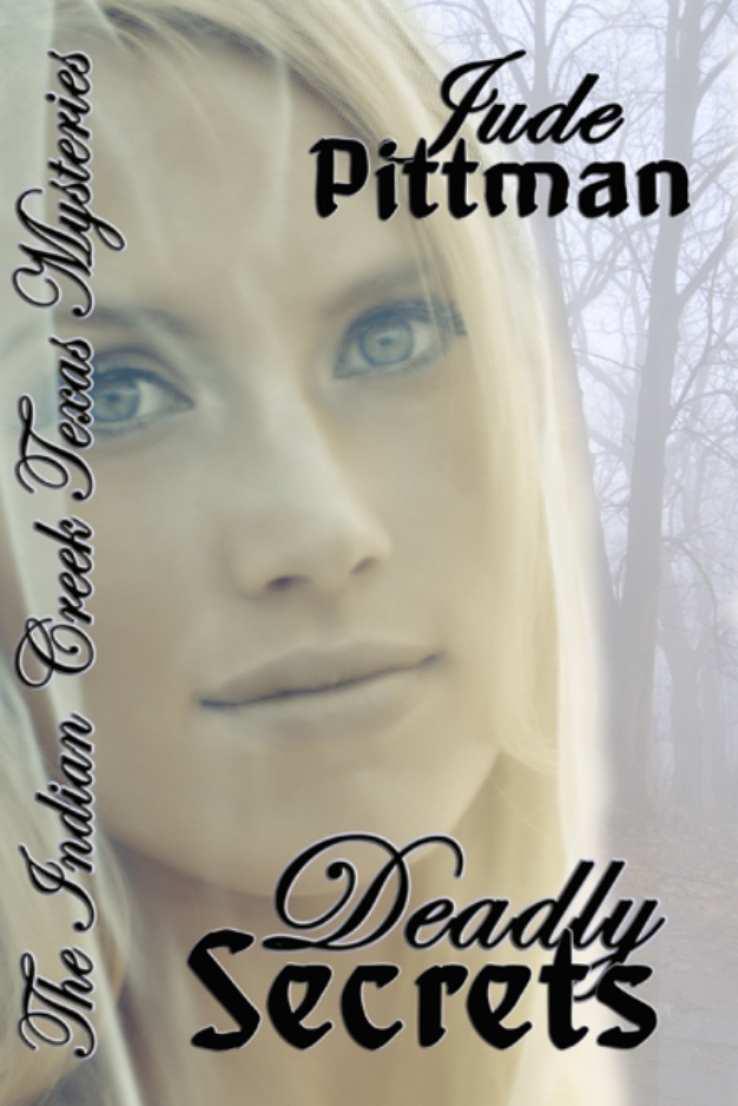 This book has been previously published as “Anna’s Secret”.

All rights reserved. Without limiting the rights under copyright reserved above, no part of this publication may be reproduced, stored in or introduced into a retrieval system, or transmitted, in any form, or by any means (electronic, mechanical, photocopying, recording, or otherwise) without the prior written permission of both the copyright owner and the above publisher of this book.  This book has been previously published as Anna’s Secret.

This is a work of fiction. Names, characters, places, brands, media, and incidents are either the product of the author's imagination or are used fictitiously.  The author acknowledges the trademarked status and trademark owners of various products referenced in this work of fiction, which have been used without permission.

Deadly Secrets is dedicated to my husband John whose love is an everyday treasure.

“You just try to throw me out of this cockroach-infested whorehouse.” Anna’s high-pitched shriek echoed through the front door of the Hideaway Bar.

Kelly McWinter, in the act of stepping across the sill, stopped mid-stride and cursed his luck. He’d agreed to meet bar owner Cam Belsher for a couple of beers but if he’d known Anna was on one of her rampages, he’d have turned Cam’s invitation down flat. Gritting his teeth and preparing to face the inevitable, Kelly strolled across to the bar. A cloud of thick blue smoke cloaked the semi-dark room and Kelly aimed his eyes toward the sound of Anna’s voice.

“Cam’s got his hands full tonight,” Darlene, Cam’s barmaid, stopped beside Kelly and pointed across the room to where a scrawny little woman in an old black poncho had Cam backed as far up against the pool table as he could get without settling his backside onto the felt.

“Sure looks that way,” Kelly agreed. “Bring me a cool one, will you? I’ve got a feeling I’m going to need a couple of them.”

Turning back to watch the show, Kelly was just in time to catch Cam’s eye. “Help!” the desperate barman mouthed a plea and with a resigned shrug, Kelly swung his leg off the barstool and headed across the room.

“What’s wrong with my best gal?” Kelly moved in front of Anna blocking her view of Cam.

“Whoa. Steady now.” Kelly reached out to catch her shoulders just as she lurched and landed flat against his chest. Giggling, she tilted her head and gave him a drunken smile.

Kelly sighed and tightened his arm around her shoulders. He liked Anna a lot, even if she was a drunk. “Easy now.”

He took her arm and steered her toward a table where Bubba Tate and Leroy Elliott were set up with one of those giant bottles of whiskey that Southerners refer to as Texas Mickies.

“How’s it going, boys?” Kelly nodded to Bubba and Leroy.

“Hey, Kelly!” Bubba grinned at Kelly and reached over to pull out a chair. “How ya doin’?”

“Not bad,” Kelly helped Anna into the chair and rested his arm along the backrest.

Bubba, a bowlegged, potbellied shorty with the face of a mischievous boy, pushed his cowboy hat back on his forehead and pointed at the bottle. “Care for a shot?”

“Thanks, I’ll pass but Anna could probably do with one,” Kelly picked up a glass and handed it across the table. “I’m going over to have a chat with Cam, so how about you boys keep her company for a spell?”

“You bet!” Bubba grabbed the bottle. “She was sitting here with me’n Leroy before her and Cam got mixing it up,” he said, pouring a healthy shot into Anna’s glass.

At the bar, Cam had his head bent over a sink full of soapsuds. “Time for a break,” Kelly shouted over the clamor of voices.

Cam
grabbed the towel from around his neck and wiped his hands. “You bet,” he said, with a sigh of relief. “This place has been nuts ever since the flea market closed and as you’ve noticed, Anna’s geared up for one hell of a bender.”

“Why not let Darlene take over for awhile and we’ll go out on the patio.” Kelly nodded his head toward the back of the room.

“Sure thing.” Cam walked down the bar to where Darlene stood chatting with a couple of the boys from Eagle Mountain power station. “I’m going outside for a spell,” he said.

Cam
grabbed a couple of longnecks out of the cooler and followed Kelly outside. The patio—added after his folks retired—was Cam’s pride and joy. The fancy barbecue pit, charcoal smoker and raised platform stage had been an instant hit and the row of outdoor booths flanking the stage allowed non-smokers like Kelly an opportunity to join the fun while still preserving their lungs.

“So, what’s going on with you and Anna?” Kelly folded his long legs into one of the booths and accepted a beer.

“Beats the hell out of me, Kelly. She’s been fit to chew nails ever since they came in from the flea market.”

Kelly frowned. “What did she mean by that crack about you throwing her out?”

Cam
flushed and twisted the bottle between his fingers. “Aw, I wasn’t really gonna toss her,” he said. “I was just tryin’ some damage control. You know how Anna is once she’s had a snootful. She came in the door raisin’ hell with Bubba, even before she’d gotten at the whiskey. When she’s like that, it’s only a matter of time before somebody lights the fuse and she explodes.”

Kelly sighed and shook his head. “Hopefully, Bubba and Leroy will keep her occupied for a while. In any event, the way she’s pouring it back, she won’t last long.”

Cam
brushed his mop of sandy hair off his forehead and shook his head. “She’s a bit hard to take at times,” he said. “But I’ll give her another hour or two to party, then get Darlene to walk her home. She handles Anna better than I do.”

“I wonder,” Kelly said, his voice puzzled. “There was a little gal at the flea market earlier today who got into a bit of a ruckus with Anna. Maybe that has something to do with the mood she’s in?”

“What kind of a ruckus?”

“Oh, nothing major. Just some gal who knocked Anna out of her chair. I wouldn’t have known anything about it if the girl hadn’t caught my eye when she first came into the flea market.”

“As a matter of fact, she was. But what got my attention was the way she edged into the flea market—almost as if she was hiding from someone.”

“Oh, one of those flashy dames who always seem to spell trouble?”

“Nope. On the contrary, she looked more like she belonged over at Lake Country estates than at a flea market—lots of class.”

“Weird! What would someone like that want with Anna?”

“It was strange,” Kelly said. “She darted in the front door and into the crowd like a fox with the hounds on her tail and she kept glancing over her shoulder. Of course that made me curious and since I was already on duty, I started following her down the aisle but she spotted me right away.”

“Getting careless in your old age, Mr. Security Expert?”

Kelly laughed. “You know what it’s like on Saturday afternoons with the kids running up and down the aisles and mom and pop keeping one eye on them and the other peeled for bargains. I tried not to be obvious but I had to get close just to keep her in sight and that’s what spooked her. As soon as she realized I was following her, she ducked into the refreshment stand.”

“Maybe she thought you were stalking her.”

“Nope. She came in the door watching her back. Anyway, I ducked behind Luis’ patio and watched her after she went inside the refreshment stand. She darted into that little kitchen where Luis steams his tamales, then ducked out again. I had a good view from where I stood, so I stayed put and kept my eye on her. She watched the crowd for a while, looking for me probably, then she started edging up toward Anna’s stall.”

“Was anybody in the stall besides Anna?”

“Not at first but Bubba came along while the girl was watching. It was right after he showed up that she went into her act.”

“It sounds more like you and Bubba set her off than Anna. Hell, she might’ve been an out-of-town collector going to Anna’s stall on business. You gotta look at it from her point of view. First she spots this long, tall country dude with a knowing look in his eye following her down the aisle and she no sooner ditches him than she runs smack into a sawed-off shrimp with exactly the same kinda knowing look in his eye.”

Kelly threw back his head and laughed. “Frankly, I’d be inclined to chalk it up to a bad case of the jitters if it wasn’t for the way Anna acted after the whole thing was over.”

“Like I said, I was keeping my eye on her and when she started edging toward Anna’s stall, I decided to get a little closer. I had just about reached the entrance when that gal took a flying leap across the aisle and straight into the stall. I hopped on it then and made it to the door just in time to see Anna’s rocker tipping ass over tea kettle dumping the girl face down on the floor and spilling Anna on top of her.”

“I bet that had Anna chewing nails.”

“That’s the funny part. The woman was out cold but Anna was okay. When I picked Anna up and dusted her off, I expected she’d cuss that gal up one side and down the other but she never said a thing. Not one single word. She just sat back down in that rocker, turned her eyes onto the girl and kept them there. I swear to God, Cam, she acted just like she’d seen a ghost.”

“You figure Anna knows the girl?”

“Either that or there was something going on between them that I didn’t pick up on. The girl came around while I was watching Anna and before I realized what was happening she’d taken off out the door and disappeared into the crowd.”

“Yeah, I know. There’s probably nothing to it but that girl’s got my curiosity piqued. I’m going to wait until Bubba sobers up and see if he knows anything about her.”

“Good plan.” Cam nodded agreement. “By the way, where’d Jake get to?”