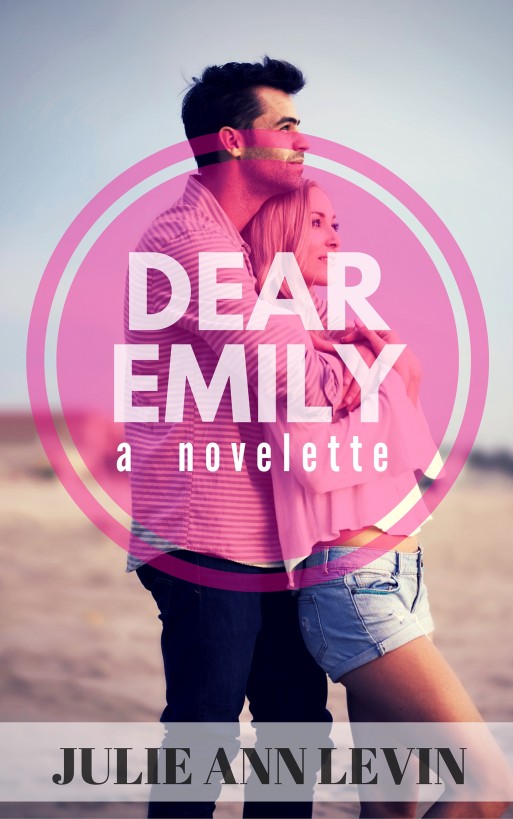 Go to
www.julieannlevin.com
and subscribe to the newsletter for a free copy
Release date: May 17
th
, 2016

Stay tuned at the end of
this novelette for the

Worth the Wait, Contemporary
Romance

None of this was supposed to
happen.

Jack Harper walked into Amy's life the
night Joey Mangano defeated the champ with a knockout in the second
round of the world championship.

No one saw it coming.

The bar exploded in equal jeers and
hoots as the Champ hit the floor. His defeated image multiplied
across sixteen flat screens around the bar.

A good boxing match brought patrons to
the bar until the fighters were left staggering around the ring
with their eyes swollen shut and their faces
unrecognizable.

Usually, the tips would be plentiful,
but knockouts in the second round left room for doubt. It was only
eleven o'clock and practically a wasted night. Couldn't the Champ
have last six rounds? Weren't these things rigged anyway? Would the
customers be generous with their tips or not?

Amy circled around to check her tables,
her vaseline smile rivaling that of a beauty queen. Her long
ponytail tap-danced across her shoulders as she transported
itty-bitty, chicken carcasses and beer from table to kitchen
repeatedly.

Can I get you another pitcher? We have
a knockout special on thirty wings tonight. Sweet of you to propose
marriage, but if you saw me in frumpy sweatpants instead of these
biker shorts, you'd think twice.

The tips were good, and the patrons in
an early drunken state, high on experiencing a Great American
sports upset on live television.

Forget the smell of stale beer and
fried food in the air. Forget the leering, and yes, the occasional
ass smack.

Seven days left until payday, and she'd
been evicted from her apartment hours earlier.

She counted her meager savings
repeatedly in her head, thinking she would magically come up with a
different number. She was still short to put down on a new place,
but she could at least get a room at a cheap motel. A couple of
nights and she'd figure things out.

Kelly, a girl from Ohio, gave Amy an
extra table. She wouldn't complain about it tonight. She crossed
the pub before stopping dead in her tracks fifty feet away from
Kelly's table.

It may have been fifty feet. Amy wasn't
exactly skilled in spatial estimates but suffice to say it was far
enough and close enough that she saw Jack Harper before he saw
her.

Jack Harper, with the same good looks
she remembered.

Jack Harper, top of his class in high
school.

Amy began to turn around, seconds away
from returning the table back to Kelly. But Jack Harper's friend
signaled with his hand in the air. “Are you our server?”

Jack Harper's green eyes locked with
Amy's as she propelled herself forward without thinking. “Yes,” she
said. “I'm your server.” The pad and pen slipped through her
fingers, forcing her to bend down to pick them up off the
floor.

Could she stay there, crouched down on
the floor? What would her co-workers say if she crab-walked it back
to the kitchen and hid out for the rest of the night?

Straightening, she brushed the hair out
of her face. The pen's tip remained poised on the sheet of paper.
Her heart thudded in her chest and she worried she'd have a panic
attack right there in the middle of the bar. As if a tiny angel
appeared on her shoulder and whispered in her ear, she told
herself, as hard as this moment is for you, it's ten times worse
for Jack.

She'd changed a lot in the past four
years. Aging from fifteen to nineteen will do that to a person, but
he'd recognized her all the same. He knew Amy's name, he knew her
age, and he knew that when she cried, she covered her face with her
hands.

He'd seen it before.

He'd been the cause.

Her hair was longer than he remembered
and she'd grown a couple of inches taller. She was pretty
too.

Amy took their uncomplicated order of a
pitcher and wings, and all the while Jack stared at her. He didn't
speak, or chime in when prompted. He stared at her and let his
friends do the ordering. This was bad because his friends would
order the really, hot wings, and he hated the really hot
wings.

He thought about Emily and her family
every day of his life, but to actually see Emily's sister in front
of him was a whole other experience.

He hated the effect he seemed to have
on her. She couldn't wait to get away from the table. Her eyes
darted in every direction, but he kept his eyes on her. She took a
steadying breath before allowing herself to focus on him. They
regarded each other for a few beats before she high-tailed it
toward the kitchen.

“I'm embarrassed for you,” Marc
said.

Jack never told his friends about
Emily. He didn't like the disgust or the sympathy that might result
in him divulging such secrets. For some reason, there was always
sympathy. Or maybe pity? It was hard to tell the difference. Most
people couldn't know what it felt like to be him. No one knows what
it feels like to be anybody.

“Jack, a little longer and she was
going to file a restraining order,” Jerry added.

“No,” Jack said, shaking his head, both
in response and to shake Amy from his mind. “We're from the same
town.”

“Good; I can ask her out then?” Marc
asked, straightening his posture.

“You have to call it like everyone
else, Jack,” Marc said.

“It's not like that.” He shifted his
gaze to the flat screen as if to end the topic of conversation.
“She's off limits,” he said again, driving it home in their heads.
His friends did not press the issue, even after Amy returned to
deliver their first pitcher of beer.

Jack's curiosity flared as a single
thought rose above the noise of the pub. What was Amy Knight doing
working at a sports bar anyway? If he knew anything about Phil and
Dianne Knight, and he knew enough, they would never allow their
daughter to work at a place like this. So, what was Amy doing
there?

After delivering the pitcher, Amy
pushed Jack to the back of her mind, because that's the healthiest
way to deal with feelings and emotions, right? Instead, she went
through the motions of taking orders and fulfilling orders in a
never-ending cycle. She suspected she would not get a good tip from
Jack Harper's table. She'd been less than attentive and only
circling back around when necessary.

She hated herself each time she
returned to Jack's table. She could have given the ticket back to
Kelly, but Amy chose to serve the beer and wings herself. She
wasn't upset at seeing Jack. He didn't cause a rush of emotions to
surface. A rush of emotions would imply she wasn't already thinking
of Emily.

Emily was always there in the mindful
part of Amy's brain--no--it was the void that was always
there.

With her shift over, she headed for the
parking lot. It was a slow, reluctant trek and she managed a smile
to see her car in the parking lot.

Pleased it wasn't stolen, she closed
the door behind her and sat in the car, studying the back seat. It
bulged with all her worldly possessions and she worried someone
would break in through a window.

The center console of a car not only
does a fantastic job of being a center console; it can also double
as a table. To count money for instance.

She still didn't have enough for a new
place, which was okay. A lot could change in the blink of an eye,
in the passing of an hour, in the rotation of a day. Amy would
survive. And she would not call her parents.

Everything is temporary--except for the
permanent things, of course.

She stowed the money away in her wallet
and back in her black, leather purse. She slipped the key into the
ignition to start the car, except the car wouldn't
start.

Of course, it wouldn't
start.

People are dying in Africa.

One in seven adults goes to sleep
hungry in the United States.

She told herself these things like a
demented mantra as other pitiful thoughts popped into her
head.

Why me? What did I do to deserve this?
Why does my life so fucking suck at this moment?

Okay? See? Things aren't so bad. Other
people have it much, much worse. Try leaving your home when your
country is demolished in a civil war. Hurricane Katrina for crying
out loud!

She tried the ignition again, but the
only sound she heard was the knock on the driver's side
window.

“Jesus Christ!” Her leg jerked up and
pain flashed through her hamstring.

“Are you okay?” Jack Harper asked,
opening the driver door.

“No, I'm not okay. Who sneaks up on
people in a dark, parking lot?”

She rubbed her leg. If she were a piece
of art, the title would read, Portrait of the Glare.

“I'm sorry,” he said, shifting his
weight from one leg to the other. “You looked like you were having
car trouble.”

“You were watching me?” She asked
because that's not weird at all.

He nodded. “I make a habit of watching
women and sneaking up on them in dark, parking lots.”

“Jack, we both know there is nothing
either of us can do to make this less awkward. Except to walk
away.”

This was the first conversation Jack
Harper and Amy Knight had ever had.

His brow furrowed in dismay. “Can I see
if I can figure out what's wrong?”

This is the point where Amy should have
been able to say something like, no, I'll call my boyfriend, or my
friend, or someone, anyone, but she was unskilled at making college
friends, and could multiply that exponentially on the boyfriend
front. So, yeah, Amy had no one to call to help. What is it they
say? Only you can help yourself?

She unfastened the seat belt buckle and
slid out of her already loved (used) Honda Accord. Jack remained in
the cone shape created by the open car door, forcing her to squeeze
by him. She stretched her leg and tested the muscle. It didn't hurt
anymore. Call the amputation off, doctor.

“Maybe it needs a jump?” she
said.

“Possibly.” Jack listened to the car as
he turned the ignition. It wasn't even doing the whoooo whooo.
Nope, dead air.

He found the lever to pop the hood with
ease and circled around the front of the car to investigate. Not to
be outdone and vehemently against being cast as the damsel in
distress, Amy located the flashlight function on her phone and
stood next to him as she illuminated the car's organs.