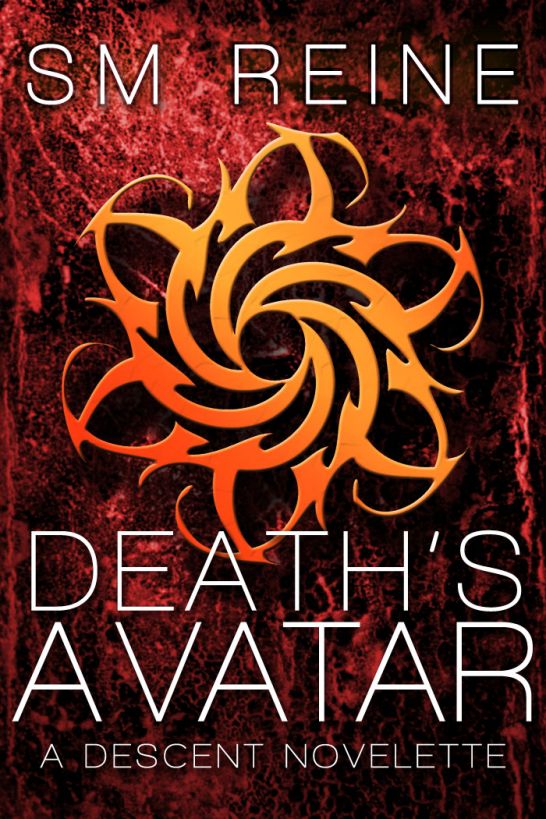 This book is a work of fiction. Names, characters,
places, and incidents are either the product of the author’s
imagination or are used fictitiously, and any resemblance to actual
persons, living or dead, is entirely coincidental.

All rights reserved, including the right to reproduce
this book, or any portions thereof, in any form.

SEASONS OF THE MOON

For five years, Elise Kavanagh and James
Faulkner have policed relations between Heaven, Hell, and Earth
with blood and blade. They're notorious as heroes and killers—the
greatest demon hunting team in history. But they're getting tired
of fighting.

Now a Goddess of Death is driving the world
toward destruction. When her doomsday clock reaches twelve, the
barriers between Hell and Earth will be ripped away and bring
humanity to extinction.

The clock just struck nine. The world is
running out of time.

Part
One: The Clock 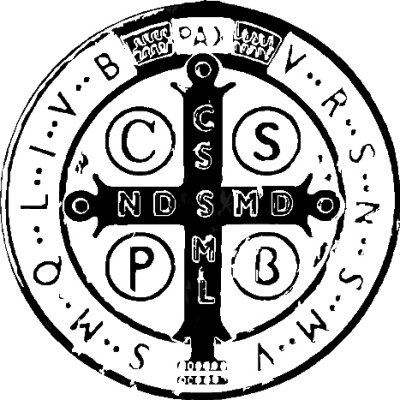 There is a hidden temple deep beneath the
earth in Guatemala. It used to be the glory of a cult that ate
intestines and worshipped apocalypse, but once they committed mass
suicide, it was forgotten in time—mostly.

The main chamber was designed around a
single, towering clock. Although twelve symbols were marked around
its face, they were not digits, and it had six hands instead of the
usual three. Two tracked hours and minutes. One jittered at random.
The others rotated counterclockwise at varying speeds.

In the five hundred years since its
abandonment, the clock passed each hour mark daily without
chiming.

And then the chamber was opened.

The clock struck nine, and its tolls were
felt throughout the dimensions, from the infernal undercities to
the heavenly gates. Most humans went on with their lives,
blissfully unaware, but two heard it as clearly as though the clock
was beside them.

When the ninth and final bell chimed, Elise
Kavanagh jerked her sword free from the breastbone of a strigoi. It
collapsed, gripping its chest with brittle fingers, and immediately
dried into a husk. Dead before the last bell.

"Did you hear that?" she asked.

James Faulkner tucked his Book of Shadows
under one arm and tilted his head to listen to the lingering echoes
of the bell. "That was… unusual." Which was similar to saying a
nuclear blast was breezy.

Elise scanned her surroundings. There was
nothing but a barren, rocky slope to the north, offset by cliffs to
the south. The nearest village was two hours away. A feeling of
dread settled over her. She had spent too much time hunting demons
to pass off strange sounds as innocent.

She wiped one sword clean on her sleeve,
took its twin from James's outstretched hand, and sheathed both on
her back. The strigoi's empty eyes gazed at the sky as she lifted
it. It was lighter than it looked, like a good breeze might have
flung it into the air.

She set it down at the edge of the cliff and
stuffed rocks into its pockets. "What made that noise?"

"Something distant and most likely evil,”
James said, crouching at her side. The wind buffeted the jacket
around his ankles, further tattering the hem. He had already
patched the elbows twice. “Isn’t it always?”

Maybe not always, but all too often. Elise
tossed the frail body of the strigoi over the cliff and watched to
make sure it vanished into the ocean. It looked human enough that
the discovery of its body would have attracted awkward
questions—not that they were planning to stick around for any
investigations.

White froth consumed the body. Elise dusted
her gloves off on her jeans.

James’s eyes were distant. “It's still
echoing.” He gave her a small smile. “Would you like to take bets
on how soon this will turn into running, screaming, and general
terror?"

The right corner of her mouth twitched. "I'd
rather keep my money."

They walked back to their hotel, and by the
time they locked James's Book of Shadows in its metal case, wedged
a chair against the door, and packed their backpacks, they had
already decided on their next destination.

For the record, the screaming and terror
took about two months to follow.

At a restaurant in Mexico, two demons were
discussing the end of the world over crispy fish tacos. They sat in
a shady corner of the patio to conceal their strange faces, and
spoke Latin to prevent humans from overhearing. Their conversation
went like this:

"Hernandez says someone's taken over the
pyramid in the undercity." The first speaker looked like a man
whose eyes had been wrongly attached at the temples. His name was
Vustaillo. He was a nana-huatzin, and he made his living
trafficking slaves for the drug cartels.

"Who cares? Let them have it." The second
speaker was a woman named Izel with the kind of curves that usually
require implants. Sharp teeth filled her mouth in rows like a
shark. "Nobody wants that dump of a den anyway."

"But they said she's a goddess."

Izel dug into her fish and let the grease
dribble down her chin. "Such a goddess must not have godly brains
if she wants anything in the undercity. She's an idiot and a fool.
May she enjoy her blessed ignorance."

Those kinds of insults made her companion
uncomfortable. He toyed with his beer. “You heard the tolls,” he
whispered. “The clock's been wound again.”

“More suicidal humans fascinated with death.
They won’t achieve anything.”

A shadow fell across their table. The demons
cut off. “Good morning. I couldn’t help but overhear your
conversation.”

A dark-haired man with a friendly smile took
a chair from an adjacent table and sat. He wore a white button up
shirt and slacks, like a tourist on vacation, but he had a bandage
on his cheekbone and not an ounce of body fat. Vustaillo could
smell the magic pouring off him.

And he was speaking Latin fluently.

Izel’s eyes narrowed to slits. “Who are
you?”

“My name is James. Forgive me for intruding,
but I heard you mentioning the clock, and I hoped you could tell me
where it's located."

James arched an eyebrow. “And you too.”

What kind of human understood insults in the
demon tongue and spoke Latin with such ease? Not the kind of human
Vustaillo wanted at his table. Definitely not the type that should
be anywhere near the clock, either. “You should move on,” Vustaillo
said.

Her hand lashed out, latching onto his
forearm. Pinpricks of red sprung up where her nails dug into his
skin. Even though she hadn’t touched him, Vustaillo flinched.
Izel’s touch was murder. Sometimes literally.

“I said you should—”

Izel froze. A figure had appeared behind her
and pressed a knife against her throat. A thin line of blood
dripped down the blade.

The woman at her back wasn’t smiling or
friendly, like James had been until that moment. Her body was made
of hard angles, from her aquiline nose to the jut of her wrist. In
the sunshine, her hair was like flame, and she looked furious.

“Get this blade off me,” Izel whispered,
barely daring to move her lips.

The woman spoke. “Let go of my aspis.”

The color vanished from Izel’s face, and
Vustaillo felt dizzy. Women did not have aspes. Only a kopis could
have an aspis—a demon hunter descended from legend, born to mediate
the balance of power among humans, demons, and angels. To bind a
witch as their partner and protector, a kopis had to be powerful,
and a man—there were no female kopes.

Except one. And she was known as the
greatest.

Demons whispered about her. They said she
had no name and that she was as tall as a gibborim. She had become
the “greatest” by slaying angels, which was something most mortals
would not dare to do, even if they could. Obviously, the first two
things were not true, but if the third was, then Vustaillo feared
he and Izel did not have long.

“I don’t want to die,” Vustaillo said, and
he wasn’t ashamed to be on the verge of tears.

It was James who replied. “Then you might
want to tell your friend to let go of me.”

Vustaillo begged for her to comply with his
eyes. One at a time, Izel’s fingers uncurled. She slid her hand
back across the table. The kopis’s blade did not budge. “Release
me,” Izel said.

“Elise.” A single word from James.

She sheathed the knife and took position at
his back. He lifted his arm to show it to her. The demon’s hand had
left a red imprint burned on his skin, but he was not seriously
injured.

Vustaillo pushed his plate away. The sight
of food made him want to retch. "I'm sorry. For both of us. We
didn't know."

“It’s in the undercity—south of here, very
far south. In Guatemala. The entrance is hidden. You would never
find it.”

“You might be surprised,” he said, pushing
aside the plates to clear space. He spread a map over the table.
“Where should we go?”

The eyes of the demons met over the map.
What would be more profitable—a truth or a lie?

Elise unfolded her arms and folded them
again. Her biceps made Vustaillo suspect she could pop off his head
with a pinky finger.

He pointed at the map. “There. I can’t be
more specific. I haven’t seen the entrance myself.”

“How close do you think that is?”

“And how certain are you about that?” James
asked.

He marked it with a pen, folded the map, and
put it back in his pocket. “Are you going to eat that?”

Vustaillo couldn’t think of a response.
James ate the tacos, and he seemed to enjoy them despite the
uncomfortable silence around the table. Music played at a
restaurant down the road, the wind breezed through the trees, and
the witch chewed loudly. He offered chips to Elise, and she shook
her head.

“What else do you want?” Izel spat, fists
clenched atop the table. She was trembling. “Our money? Our lives?
You think you can threaten us without recourse because… what?
You’re
famous
?”

“If you’re offering, we could use a guide to
the undercity.”

Izel barked out a laugh, but Vustaillo
perked up a little. “For how much?”

James stood, wiped his mouth with a napkin,
and dropped it on the empty plate. He was a full head and shoulders
taller than Elise. Definitely not bigger than a gibborim. “From
what we’ve head, everyone dies if this clock strikes twelve.
Humans. Demons. Anyone on Earth when Hell crashes into us. It’s in
your best interests to help.”

“For how much?” Vustaillo pressed.

Elise turned to leave. The message was
clear: They would not pay. He may not have been a demon of much
prestige, but he didn’t work for free. Even the cartels wouldn’t be
so insulting.