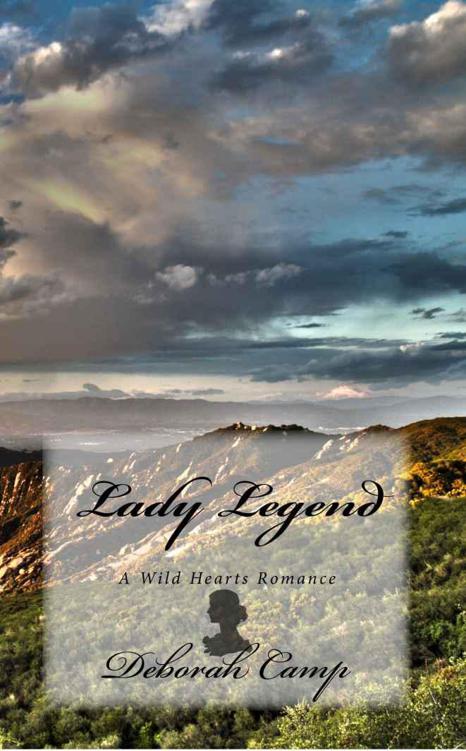 Right Behind the Rain

The Love and Adventure Series

For Love or Money

In a Pirate’s Arms

The Love and Laughter Series

They Said it Wouldn’t Last

To Have, To Hold

Too Tough To Tame

To Joyce Anglin, the head jailer,
for providing an open forum
for writers who work at it

Pickin’ up bones to keep from starvin’
.

Pickin’ up chips to keep from freezin’
.

Pickin’ up courage to keep from leavin’
.

Way out West in No-Man’s Land
.

A
t first he thought she was a mirage. She sat astride a horse, silhouetted against the horizon, the setting sun streaming from her shoulders and making her head a fireball. Her skirts flew back across her mount’s rump, wind-tossed. Far, far away, he thought. A vision, he thought. A vicious trick, he thought.

His cheek made contact with the snow-dusted ground again and he closed gritty eyes. Most of the excrutiating pain had faded from his battered body. Numbness had set in, but he could still feel the torn flesh throb around the arrow shaft sticking through him. His toes tingled—they’d taken his boots—frostbit, most likely.

Sleet battered his face, his hands, his feet. So cold. Winter in the foothills of the vast northern territory and he was sprawled in this open, Indian-infested country. He’d die soon. He hoped. Soon. Please.

He drifted into a dreamless place, and was aroused by thunder in his ear. Forcing one eye open, he stared at a horse’s hoof inches from his nose. Fear struck, jerked his body, fired a moan from his empty belly.

Hands, small and strong, rolled him onto his back. A face, round and female, blocked out the gray sky. The vision, he thought. The woman with the flaming hair, peering at him as if he were not
a man at all, but an animal she’d never seen before.

“Gros Ventre,” she said, touching the feathered arrow shaft, and that light pressure sent a flash of fire through him.

She moved from his sight. He waited for a bullet, another arrow, a deeply buried lance to end his ordeal. Nothing. She’d gone. Left him as the others had. Didn’t matter. He was a dead man. Even as he thought it, he heard the yipping of coyotes and saw winged black circles against the gray sky. Come and get me, his limp mind begged. Finish me off, damn you. No Christian burial for this black soul.

She returned with two long, sturdy branches she had hacked off a fir. Scaring off scavenger birds and skulking coyotes, she left her horse untethered so that he could paw the earth, snort, wheeze, and charge, keeping the hungry at bay. Working quickly, she tied the corners of a blanket to the ends of the branches, fashioning a travois, which she attached to the back of her saddle.

“Stand still, Ranger,” she commanded the shaggy pinto. The horse peeled back its lips to reveal square, yellow teeth. “I know you think you’re too good for hauling, but you’ve got no choice. I’m not leaving this pilgrim here for coyote meat. He’s still got life in him.” She eyed the unconscious man. “Not much, but some. He’s a tough nut, and I surely admire a strong will.” She tugged lovingly on the pinto’s white mane. “That’s why I put up with you, you ornery hay-burner.”

The icy shower falling from a darkening sky prodded her to get moving. Her buckskin dress and leggings kept her warm, but exposure would surely kill the man, seeing as how he wore only faded red underwear, blue Union trousers, a ripped, dirty white shirt, and black wool socks.
The awkward, unnatural bend of his leg gained her scrutiny. Busted, she thought. She guided the horse-drawn travois closer to him, then rolled him onto it. Sweeping off her leather poncho, she tucked it around him. She yanked a wool scarf from her neck and covered his face with it, warding off frostbite.

That done, she swung into the saddle and clucked the horse into an easy gait. The travois bounced upon the rock-strewn land, but she gave it little mind. Its passenger wouldn’t arouse from his death-like sleep. Only powerful medicine could save him now, and legend had it that she possessed that in fearful quantity.

She rode the lonely landscape, banked by saw-toothed mountains, wind-lashed and time-sculpted. White topped the peaks. Soon the white would snake down the sides and finally cover the purple mountains altogether. But she was ready for the winter. She had to be.

No one approached her, although some eyes might have spotted her. The sun set, its last rays dying in the overcast sky. Blanketing clouds obscured the moon and stars. She let Ranger have his head, knowing the horse would find his way to the corral by instinct alone. The night grew colder, cutting into her buttery soft clothing. She glanced behind her at the travois and wondered if its passenger felt the cold. Probably not. She hoped he wasn’t dead. That would mean a grave would have to be dug or a funeral pyre built. Hard work for a burdened woman and with winter crouched and ready to pounce.

Her muscles had stiffened with cold by the time Ranger veered off the wagon trail and into a dense outcropping of fir, birch, and juniper. Her house backed against a cliff face, the overhanging shelf of rock serving as a waterproof roof. Constructed of logs, buffalo skins, grass mats, and even a few big stones, her home was ugly, but a thing of
beauty to any head with a lick of sense in it, for it was a snug shelter in a hard country.

Two yapping hounds bounded forth, tails wagging. The largest, an elegant wolfhound, sniffed at the covered form on the travois. The other, a swift herder and half the size of its brother, danced ahead of the ill-tempered, snapping pony.

“Hush now, Patrol. Sentry, get out of the way before Ranger bites off your head,” she told them, and they fell silent, tails still swishing as they stood back from her and the snorting pinto. South of the house sat make-shift stables, ringed by a corral. A mule blew noisily. Two other ponies, a dapple gray and a roan, shrieked into the bracing wind.

Pulling Ranger to a halt before the lodge, she dismounted and unstrapped the travois, letting it drop to the ground. First things first. The man could wait. The stock had to be seen to before any other’s comfort could be considered. She hadn’t meant to stay out so late; her plan being to return by sunset. The man had toppled her timetable.

She untied the string of rabbits from the horn, flung them against the house, and unsaddled her mount, setting him free in the corral. Then she trudged to the rickety stables, followed closely by the small herd. She tended them—Hauler, the gentle mule; Brave, the dapple gray; and Courage, the twitchy roan.

“Have you died on me?” she asked when she returned to the man. She lifted the wool covering from his face and pushed one hand under the poncho, pressing her palm above his heart. She waited until she located a flutter. “Still with me,” she muttered, drawing out her hand. “Then inside we go.”

Kicking open the door, she grabbed the travois poles and backed into the lodge. She bolted the door and blew at the curling red hair tickling her forehead.

She allowed herself a minute of rest before yanking the leather poncho off the inert body. It hung for a second on the protruding arrow, and the man moaned, breaking through the threshold of awareness briefly.

Running her hands over his body, she checked for other wounds and then examined his shattered leg. His cuts and bruises would heal if kept clean, but his leg would require more. She cut away his trouser leg and probed up and down the long bone to find the broken place, then discern the proper angle. With a swift, sure jerk, she fit bone to bone, making two one again. The man sucked in a breath, then exhaled and fell back under again.

With the ax that had been propped against the fireplace, she hacked at the fir branches to shorten them from travois poles to splints. She fished long strips of leather from a ceramic pot and lashed the braces in place on either side of his leg from thigh to ankle. Then she rested, considering her next task, weighing her options. After a while, she released a short, decisive sigh and unsheathed the knife at her waist.

She broke off the arrow’s feathered end with one snap. Holding the long shaft in one fist, she used the knife to carve a narrow trough in it, which she filled with gunpowder from her horn. She wrapped a leather thong around her hand to protect her palm, selected a glowing twig from the hearth fire, shoved the man onto his side, and set flame to black powder. Smoke belched and an acrid scent stung her nose. She flattened her shielded palm against the hissing shaft and pushed with all her might.

The man released a garbled, growling shout as the tip of the arrow pierced through his other side just to the left of his shoulder blade, missing the bone as she’d hoped it would.

“Good,” she said, congratulating herself as she grabbed the arrowhead and tugged it clear of flesh and sinew. Blood painted the shaft and a drop of it dribbled down the man’s back. She sent the arrow clattering across the stone apron that fronted the fireplace. Studying the wound, she sniffed at the man’s charred skin.

“Cauterized,” she announced and smiled, recalling the night when Goose Down Woman had taught her this method of removing arrows. The wise Crow had shown her many things she’d needed to survive.

Rocking back on her haunches, she began unbuttoning the man’s shirt and funny underwear. Five, six, seven, eight white buttons. So many to unfasten each time he had to make water! Stupid clothing. She decided the garments weren’t worth saving, so she cut them off him with four sweeping slashes of her knife, balled them up, and threw them into her rag basket. He was filthy, streaked with grime and crusted blood.

Jake & The Gingerbread Wars (A Gryphon Chronicles Christmas Novella) (The Gryphon Chronicles) by Foley, E.G.
Destiny's Bride by Simpson, Ginger
Love Will by Lori L. Otto
Shadow's Witness by Kemp, Paul
Make Me Beg for It by Kempe, C. Margery
Tempestuous by Kim Askew
Feels Like Summertime by Tammy Falkner
In the Dark by Mark Billingham
Fight or Flight by Vanessa North
Beside a Narrow Stream by Faith Martin
Our partner