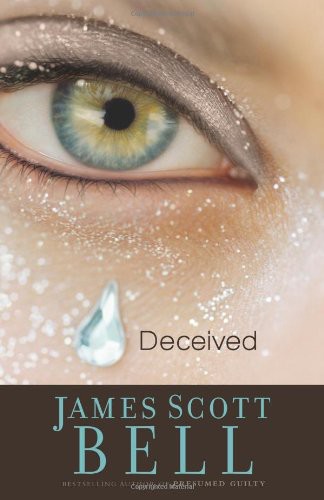 This title is also available as a Zondervan ebook. Visit www.zondervan.com/ebooks.

All Scripture quotations, unless otherwise indicated, are taken from the
Holy Bible, New
International Version
®
. NIV
®
. Copyright © 1973, 1978, 1984 by International Bible Society. Used by permission of Zondervan. All rights reserved.

Internet addresses (websites, blogs, etc.) and telephone numbers printed in this book are offered as a resource to you. These are not intended in any way to be or imply an endorsement on the part of Zondervan, nor do we vouch for the content of these sites and numbers for the life of this book.

Hey, Jon, thanks for the e-mail.

You’re right, I’ve had TV people practically camped out in my front yard. There’s even a movie guy wanting me to cooperate on a screenplay. He’s the craziest. He actually followed me into the men’s room at Ruth’s Chris and wouldn’t let me close the stall door! Says he’s got two screenplays “in development” at the studios. Maybe he does, maybe he doesn’t, but you don’t corner a man when nature is calling. Know what I mean?

Still, that’s all part of it. You and I know it’s a juicy story, and I know you must be getting the same kind of calls.

Yes, I will do a paper on this. My specialty is cognitive psych, as you know, and that’s why you called me in the first place. And you also know what’s got me into so much trouble lately with my peers — introducing the concept of what I call “sin dissociation” to the academic discussion.

But from the research I’ve done, and the interviews, I know we have a biblical case right here. That’s your department, of course, but remember — I was a year ahead of you in seminary. I get to pull rank, don’t I?

Please, don’t think there is any way you should have suspected this. Not under the circumstances. Especially not with the killing happening the way it did.

I’m attaching some notes. This is all just preliminary. I suspect the paper will take a good year. I’ve tried to put the events in chronological order and, every now and then, bring in the past to explain the present.

Let me know what you think. Your input will be invaluable.

It was good getting together with you. Hey, maybe you and I should do the screenplay. I mean, you live in LA. Isn’t it required that everyone in LA write a screenplay?

If there is to be any hope of recovery, we must recognize the unalterable fact that this is a spiritual malady, and as such requires a spiritual answer.

For too long, our profession has done real harm by failing to recognize the existence of soul and spirit, as well as the reality of sin and consequence.

But if we can attune our patients to listen, listen to what we may call the voice of God, that is ground for real hope and healing.

The big, fat liar was dressed in yellow slacks, a yellow golf shirt, and a straw hat with a black band. He even had yellow socks to go with the black shoes. He looked like a ripe banana with feet.

He also looked like dead meat, Rocky thought, as she watched him take a full practice swing.

They were on the first tee at Woodley Lakes, a public course in Van Nuys. But Mr. Sawyer W. Pinskey was all decked out, like he was about to tee off at Augusta in front of a bank of television cameras.

Roxanne “Rocky” Towne smiled at the thought. Because, in a way, he was about to do something very much like that.

Pinskey took his stance again. Rocky kept her head steady as she observed from the golf cart.

He took a mighty swipe at a dandelion, then posed after the swing. As if he’d just hit one three hundred fifty yards and was listening for the approval of the gallery.

Rocky approved. Oh, did she ever.

As Pinskey waited his turn on the tee, Rocky, who did not play golf but was dressed like she did, approached the middle-aged man. He was about to take another practice cut when he looked up and saw her.

“Hi,” Rocky said. She watched as Pinskey did what most people did the first time they saw her. He looked her in the eye — into her sunglasses, actually — then down slightly at her scar, then back up to her eyes.

Rocky interrupted his gaze. “I just took up golf myself, and I saw you practicing, and I was wondering if I could ask you a question.”

“I never seem to hit the ball very far. You look like you hit it a mile.”

“Well, it depends.” He chuckled. His big, fat lying face was ruddy and jowly. “If you don’t get it in the fairway, it doesn’t matter how far you hit it.”

“But the secret to power is to take it back just a hair more than you think.” He took his stance again. “Now watch.”

In slow motion, Pinskey took his driver back, twisting around on his spine’s axis. When he got the club to the apex, he held his position, his upper torso coiled. “See that?” he said. “See how my club is parallel to the ground?”

“Now I just crank it a little more” — he twisted himself a little further — “and then start the downswing with a hip nudge.” Pinskey gave it a full swing, the club whooshing through the air. He turned the other way on the follow-through and held the finish a moment.

Then he came back to start position. “That’s all there is to it,” he said. “Or as John Daly puts it, ‘Grip it and rip it.’ Pretty simple game, huh?”

“Nice meeting you. Remember, keep it in the short grass.”

Rocky nodded and watched as Pinskey joined his foursome — three other men about the same age, varying in their paunch factor. Pinskey led the belt-overhang competition, yet he moved with a certain confident elasticity.

Which was odd for a man who had supposedly suffered a spinal injury in a car accident in May.

Rocky trained her sunglasses on the tee box and watched the gentlemen take their various cuts. Pinskey was the last to play. He even gave her a wink as he teed the ball up. Then he stood back, surveyed the fairway, took a practice swing, and stepped up to the ball. He waggled the club once, then took it back and came through solid.

The ball took off like a bullet and rose, curved a little to the left, then hit the grass and rolled.

“Good ball,” one of his companions said.

Pinskey, broad smile on his face, turned to Rocky. “And that’s how it’s done,” he said and waved at her.

She waited until the foursome chugged their two golf carts to the first ball, then got back in her own cart. She made a U-turn on the cart path and scooted back toward the clubhouse. She wouldn’t be needing her cart anymore.

Rocky Towne allowed herself a fleeting moment of satisfaction. She’d done a really good job this time. Working freelance, it was essential to do good work. You built a rep that way.

And right now she especially needed to get back to the apartment. Back before Boyd got home.

Because he was going to be stinking mad at what she was about to do.

“Just don’t talk.” Liz meant it, too. If he said another word, another soft-spoken, understanding word, she’d pick up a rock and throw it at his head.

They were hiking well inside Pack Canyon, his favorite spot, not hers. She walked reluctantly, silently, baking in the afternoon sun. It was a clear Saturday, the winds blowing away the haze that usually blanketed the city.

Move to Strike by Perri O'Shaughnessy
More Than Enough by Johnson, Ashley
R. L. Stine_Mostly Ghostly 06 by Let's Get This Party Haunted!
Invisible by Lorena McCourtney
Every Other Saturday by M.J. Pullen
Out of Her League by Lori Handeland
Manifestations by David M. Henley
Hero by Alethea Kontis
Picnic on Nearside by John Varley
Kingdom by Tom Martin
Our partner