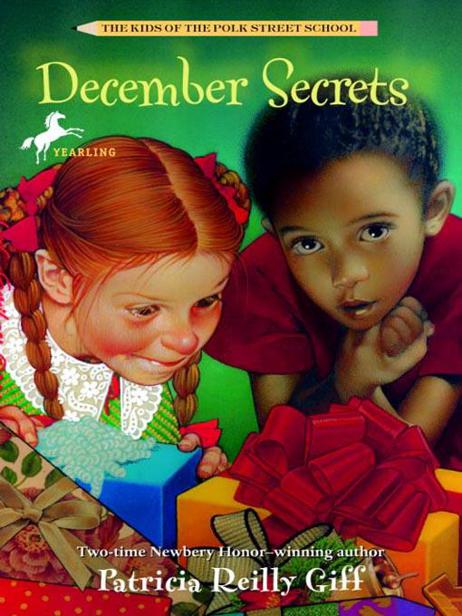 For more than forty years,
Yearling has been the leading name
in classic and award-winning literature
for young readers.

Trust Yearling paperbacks to entertain,
inspire, and promote the love of reading
in all children.

Emily Arrow bit down on her pencil. Then she started to write.

The firefighter is your friend
.
He puts out fires
.
He comes to school
.
He takes you for a ride in his turk
.

“How do you spell
truck
?” she asked Ms. Rooney.

“The fire truck is in the schoolyard,” Emily whispered to her friend Richard Best. “I can hear the sirens, Beast.”

“Me too,” Beast said. He was drawing a big red fire truck.

Right then the firefighter was giving another class a ride.

One of the kids would be sitting up in the front with the firefighter, Emily thought. He'd be wearing the big black fire hat. He'd be ringing the. siren.

Ms. Rooney's class would be next.

Emily hoped she'd be in the front, wearing the big hat, ringing the siren.

She was wearing her almost-new pink sweatsuit. It had dark blue polka dots and a little green stain on one knee.

She hoped no one would see the green stain.

When they walked out to the fire truck, she was going to keep her knees together.

She looked around. Dawn Bosco was wearing a brand-new sweatsuit. It had a big
D
on the shirt.
D
for Dawn.

It should be
L
for Lucky, Emily thought.

Even her middle name, Tiffanie, was great.

Dawn's real middle name began with an
M
. But she'd never tell what it was.

Emily hoped it was something horrible.

“It's snowing out,” shouted Beast.

Everyone ran to the window.

Jill Simon looked as if she were going to cry.

Jill always looked as if she were going to cry.

“Maybe we can't go out to the fire truck now,” she said.

Jill shook her head. She rubbed her eyes.

Emily looked at her for a minute.

Everything about Jill was fat. She had four fat braids. Two in front Two in back. She was wearing four yellow loopy ribbons on her braids.

They made her head look like a round yellow sun.

But her face didn't look like the sun, Emily thought. Her face looked like a big fat raincloud.

Emily bundled up. She wished she had a long jacket. Long enough to cover the green stain on her knee.

She took Uni, her white rubber unicorn, out of her desk. She tucked him in her pocket.

She raced to get near the front of the line.

She made sure she ran with her knees bent. It made her jacket look longer.

She hoped the firefighter would see her up in front. She hoped he'd ask her to sit in the seat with him and wear the fire hat.

Dawn Bosco tapped her on the arm. “Can I get ahead of you, Emily?” she asked.

The line started down the hall. Emily made believe she hadn't heard Dawn. She hurried as fast as she could with her knees bent.

In back of her everyone was bunching up.

Everyone wanted to get near the front.

“Can I—” Dawn started to ask again.

Outside Ms. Rooney clapped her hands. “We're not going to a fire,” she said.

The firefighter laughed. She was a woman.

She helped Beast and Matthew Jackson climb up on the side of the truck. Emily was next.

But the firefighter put Dawn up on the side of the truck.

“Why not?” she said. She let Emily climb up into the front seat.

“What's the matter?” the firefighter asked.

“I wanted to sit in front,” Jill said.

“Plenty of room,” the firefighter said. “Move over a little,” she told Emily.

Emily moved over an inch.

Jill squeezed in next to her. “Can I wear the hat too?” she asked the firefighter.

The firefighter put the big black hat on Jill. She swung into the seat.

Jill looked big and fat with the hat on her head.

She looked silly with all those yellow ribbons hanging out under the hat.

Emily looked down. She could see the stain on her knee. It looked very green.

“That was really exciting,” Ms. Rooney said when they were back in the classroom. “Everyone's cheeks are red.”

Emily's hands still felt cold. She blew on them a lit-tle.

“It's the first day of December,” Ms. Rooney said. She looked at the class. “Does anyone know what happens in De-cember?”

“Right,” said Ms. Rooney. She drew a candle-holder on the board. It had one big candle in the middle and four smaller ones on each side.

“This is a special sign for Hanukkah,” Ms. Rooney said. “It's called a menorah.”

Matthew raised his hand. “It's Christmastime too.”

Ms. Rooney nodded. She drew a green wreath
on the board. “And this is a special sign for Christ-mas.”

Dead In The Water (Rebecca Schwartz Mystery #4) (The Rebecca Schwartz Series) by Smith, Julie
Love of the Gladiator (Affairs of the Arena Book 2) by Lydia Pax
The Viscount Always Knocks Twice (Heart of Enquiry Book 4) by Grace Callaway
J. Edgar Hoover: The Man and the Secrets by Curt Gentry
Immortal by Dean Crawford
The Complete Sherlock Holmes, Volume I (Barnes & Noble Classics Series) by Arthur Conan Doyle
Burnout (Jack 'Em Up Book 0) by Allen, Shauna
Under the Mistletoe by Lexi Buchanan
Catastrophe by Liz Schulte
Star Wars: Tales of the Bounty Hunters by Kevin J. Anderson
Our partner