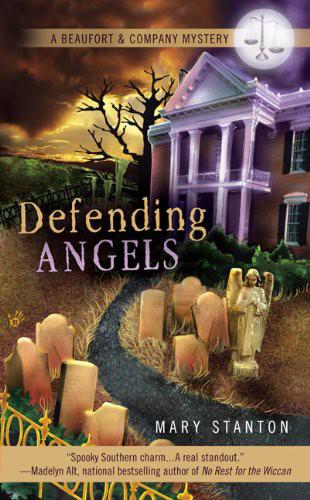 Table of Contents
Title Page
Copyright Page
Dedication
One
Two
Three
Four
Five
Six
Seven
Eight
Nine
Ten
Eleven
Twelve
Thirteen
Fourteen
Fifteen
Sixteen
Seventeen
Eighteen
Nineteen
Twenty
Twenty-one
Twenty-two
Twenty-three
Epilogue
A Note on the Origin of Angels
Judgment Under Fire
His expression didn’t change, but the gray of his eyes looked ever more silvery in the dim light. “It’s Skinner, and those like him, that we’re here to defend.”
Bree felt her temper slipping. She held on to it with a mighty effort. “There’s more clients like Skinner? Cordially loathed by everybody while they’re alive? Demanding some kind of justice when they’re dead?”
“Exactly,” Gabriel said. He looked very pleased. “Skinner’s soul has been sentenced to purgatory. He’s filed an appeal. He claims his actions have been either misinterpreted or that they were legal to begin with.”
“What,” asked Bree, fascinated despite herself, “has he been convicted of?”
“Greed.”
“Greed,” Bree said pleasantly, “of course. Naturally. You bet.”
“One of the Seven Felonies, as you know.”
“There’re only seven?” She smacked the palm of her hand against her forehead and answered herself. “D’uh. Sure there are. What could be more screamingly obvious? Pride, Wrath, Envy, Gluttony, Lust, Greed, and the Damn Lazy. And his defense?”
Gabriel grinned at her. He had a perfectly charming smile, and Bree, to her annoyance, found herself smiling back.
Berkley Prime Crime titles by Mary Stanton
Beaufort & Company Mysteries
DEFENDING ANGELS
Titles by Mary Stanton writing as Claudia Bishop 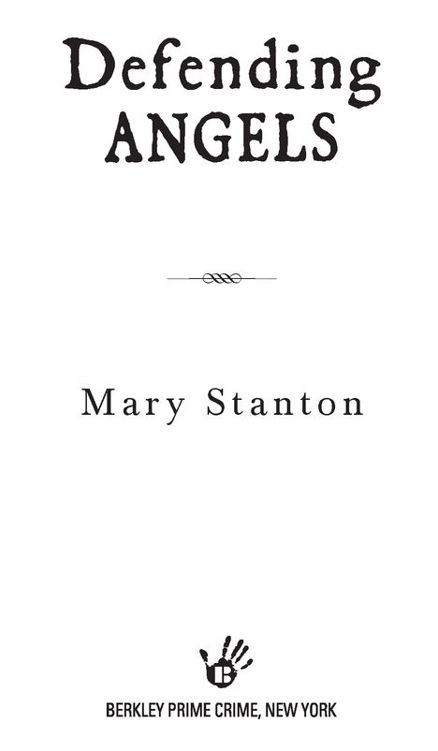 All rights reserved. No part of this book may be reproduced, scanned, or distributed in any printed or electronic form without permission. Please do not participate in or encourage piracy of copyrighted materials in violation of the author’s rights. Purchase only authorized editions. For information, address: The Berkley Publishing Group, a division of Penguin Group (USA) Inc., 375 Hudson Street, New York, New York 10014.

For Harry, who listened to it, and for Michelle, who believed in it.
One
What hangs people . . . is the unfortunate circumstance of guilt.
—
The Wrong Box
, Robert Louis Stevenson and Lloyd Osbourne