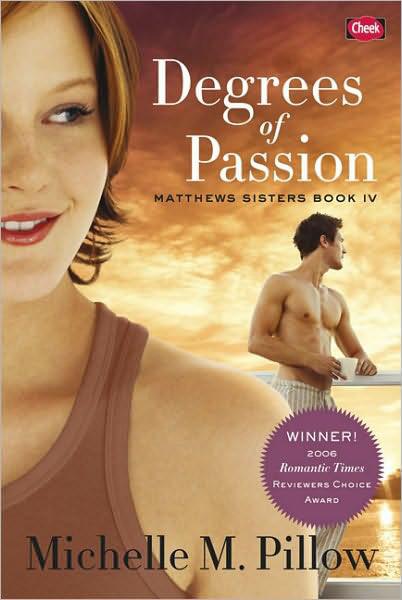 The second college student Sasha Matthews spotted Trevor Kingston she knew it was fate. He’s everything a girl could want—handsome, charming, rich. With student loans piling up and no clear idea what she wants to do with her future, he’s the best thing she has going. But, Mr Perfect’s façade begins to crumble when she sees him photographed with another woman in the newspaper’s society pages.

Breaking up with her high society boyfriend, a distraught Sasha finds comfort in the arms of moody, hard working Kevin Merchant whose cuteness is overshadowed by his know-it-all attitude. One drunken night of passion is hardly the start of a relationship and when Trevor wants her back the choice seems clear.

In order to graduate Sasha must participate in an important internship. But, she’s paired with the very guy she’s swore never to see again. Forced to work alongside Kevin, long hours in the lab turn into tempting nights of seduction. Should she deny what’s between them and await the return of her ideal boyfriend,or will life teach her lessons this professional student never expected to learn?

Michelle M Pillow, Author of All Things Romance, is a multi-published, award winning author writing in many romance fiction genres including futuristic, paranormal, historical, contemporary, fantasy and dark paranormal. She was the winner of the 2006 RT Reviewers' Choice Award, nominated for the 2007 RT Award, a Brava Novella Contest Finalist and a PAN member of RWA.
She has a monthly interview column with Paranormal Underground Magazine and co-hosts a live radio talk show, Raven Radio, which was recently mentioned in Romantic Times BOOKreviews Magazine.
Readers and Listeners can contact her through her website michellepillow.com.

Cheek books contain sexual fantasies. In real life, always practise safe sex.
Published by Cheek 2008
2 4 6 8 10 9 7 5 3 1
Copyright © Michelle M Pillow 2008
Michelle M Pillow has asserted her right under the Copyright, Designs and Patents Act 1988 to be identified as the author of this work.
All characters in this publication are fictitious and any resemblance to real persons, living or dead, is purely coincidental.
This book is sold subject to the condition that it shall not, by way of trade or otherwise, be lent, resold, hired out, or otherwise circulated without the publisher’s prior consent in any form of binding or cover other than that in which it is published and without a similar condition, including this condition, being imposed on the subsequent purchaser.
First published in Great Britain in 2008 by
Cheek
Virgin Books
Random House, 20 Vauxhall Bridge Road,
London SW1V 2SA
www.rbooks.co.uk
Addresses for companies within The Random House Group Limited can be found at:
www.randomhouse.co.uk/offices.htm
The Random House Group Limited Reg. No. 954009
Distributed in the USA by Macmillan, 175 Fifth Avenue, New York, NY 10010, USA
A CIP catalogue record for this book is available from the British Library
ISBN 9780352341778
The Random House Group Limited supports The Forest Stewardship Council [FSC], the leading international forest certification organisation. All our titles that are printed on Greenpeace approved FSC certified paper carry the FSC logo. Our paper procurement policy can be found at:
www.rbooks.co.uk/environment
Typeset by Palimpsest Book Production Ltd, Grangemouth, Stirlingshire.
Printed and bound in the USA
Sasha wanted him. Without pause, she tugged his vest over his head. She traced the tip of her finger over warm skin, mapping a long puckered scar down one pectoral, passing a small nipple.
‘What happened to you?’ she whispered.
‘Boyhood mishap,’ he answered.
Sasha assumed there was much more to the tale, but didn’t know him well enough to push for the full story.
Her fingers found their own path, moving to the bandage taped to his waist. She wanted to see his tattoo, the sexy sweep of black on his firm skin, but left the bandage where it was. Instead, she drew her fingers across his waistband to his zipper. Unfastening his jeans, she discovered tight black cotton boxers. The material molded to the unmistakable form of his arousal.
Her heart beat so hard that the sound of it mingled with their heavy breathing. Together they drowned out the noise beyond the window. It was strange to think there were so many people in the city, surrounding them, because right here in this moment there was only the two of them.
By the same author:
Bit by the Bug
Fierce Competition
Opposites Attract
Recipe for Disaster
To my fabulous Editor, Adam Nevill, who gallantly puts up with my changed storylines, author quirks and who has allowed me to breathe life into the Matthews sisters. And to the wonderful staff at Virgin Books and Random House who helped to make these books a reality. It’s been a pleasure working with all of you.

Chapter One
Steel & Ink Tattoo, Greenwich Village, Manhattan, New York
Sasha Matthews flinched as the needle bit into the flesh of her forearm just above her wrist. A burning wave of fire traveled along her nerves. She focused on maintaining her cool. Even slightly tipsy, the tattooing process hurt like a bitch. If the artist found out she’d been drinking before coming into his parlor, he’d kick her out – or so the big sign of warning in his front room indicated.
The unusual beat of Indian-flavored hip-hop music filled the shop, blending with the Asian-influenced décor. The buzz of the machine added a constant backdrop of sound. She bit down on a peppermint, hearing it crunch between her teeth. The little piece of candy hid the smell of liquor. She made the conscious effort to swallow often and not breathe directly in the tattoo artist’s direction – just in case. Funny that a man with a red-tipped faux-hawk, two full sleeves of bright-orange and red bone tribal tattoo designs and combat boots would care that the college student in his chair was sober and of age. But, hey, Sasha actually respected him for it. At least she knew he was clean, not like some back-alley ex-jailbird that illegally tattooed with dirty equipment.
Her fingers twitched spontaneously as the needle ran over a sensitive place on her wrist. It was a strange reflex, one she couldn’t keep from happening. So instead she stopped trying to control it and stared at the long mirror across from her seat. Her reflection gazed back and she couldn’t help but study herself. Bobbed brown hair stuck out into two small messy pigtails behind each of her ears. She liked the shorter cut, as it afforded a kind of wash-and-go ease.
In her first two years of college, Sasha had put on over twenty pounds. There was no seeing it now. She made sure of that with her very strict workout schedule. Even so, she looked almost neurotically for signs of weight gain in the seated position of her body in the mirror.
‘Fuck,’ Sasha swore, flinching when the artist hit a particularly painful area.
‘Almost done,’ the artist soothed, the pleasant sound automatic and practiced as if he used that exact same tone with every customer.
‘Looks good.’ The third voice came from the hall that led back to the restrooms.
Sasha glanced up and almost gulped in surprise as she saw Kevin Merchant. She’d almost forgotten he was with her, which was crazy since they’d spent most of the evening in each other’s company. Maybe it was because she was wallowing in her unhappiness over a recent break-up.
It was only by chance that she’d run into Kevin at a bar earlier in the evening. She hadn’t been looking for company, especially not in the form of a handsome, arrogant man. Though cute, Kevin was one of those people she liked sometimes and disliked more often than not. He had a way about him, a smug intellect that shone in his speech and gestures.
Sasha again checked the mirror to make sure she looked all right. She wore what her sister, Kat, liked to call college chic. Her black jersey scoop-neck T-shirt and faded denim jeans worked well in the classroom, or on a casual date.
Not
that this was a date. She turned her attention back to her arm, hoping her little mirror check wasn’t too obvious.
If asked, Sasha would have said Kevin was a friendly acquaintance. They didn’t hang out, not before tonight, and they hadn’t really crossed paths socially – aside from the very rare college party. But tonight, as she downed a couple of heady shots of tequila, they’d somehow connected. Alcohol was great for forging fast friendships and, on such a lonely night, she really had needed a friend.
Kevin was a jeans-and-T-shirt kind of guy, an urban cowboy without the hat and boots. His appearance was clean but a little rugged with short dark-blond hair that spiked into a sun-bleached lighter shade. He only wore suit jackets from a department store sales rack when networking functions in the NYU anthropology department required it.
The conversation seemed to flow between them, easily moving across a wide array of topics, none of which was too serious – even if everything he said gave the impression he was smart to the point of insufferable. Kevin was the kind of person who knew exactly what he wanted to be and he toiled towards his PhD in cultural anthropology with a single-minded purpose. He worked through school, paying his own way with the aid of scholarships and grants. She envied his certainty in life, his decisive reasoning. Sasha could barely decide on a degree long enough to call home about it.
Her thoughts swam, blurring her vision for a brief moment, and she wondered if maybe she’d overestimated how many shots of hard liquor she could handle. She couldn’t take her gaze off Kevin. His light-brown gaze held an intensity that frightened her. At least her legs held steady, even if her stomach fluttered with nerves.
‘All done!’ The tattoo artist dabbed at the black design on her arm with a paper towel. When he pulled his hand away, a bloody outline of a Celtic knot imprinted the white cloth. It matched the half-dollar-sized design on her arm. Done completely in black lines with gray shading, it stood out in stark contrast to her lightly tanned skin. The artist rubbed ointment over it, making it shine. It took on the appearance of a fake tattoo, though the slight red of her irritated skin surrounding it reminded her of how real it was.

Mistress by Meisha Camm
American Babe by Babe Walker
His Girl Friday by Diana Palmer
Let It Snow... by Leslie Kelly, Jennifer Labrecque
Triple Dare by Lexxie Couper
Wed to the Witness by Karen Hughes
Queen of Hearts (The Crown) by Oakes, Colleen
The Loves of Ruby Dee by Curtiss Ann Matlock
The Broken Universe by Melko, Paul
The Faraway Nearby by Rebecca Solnit
Our partner