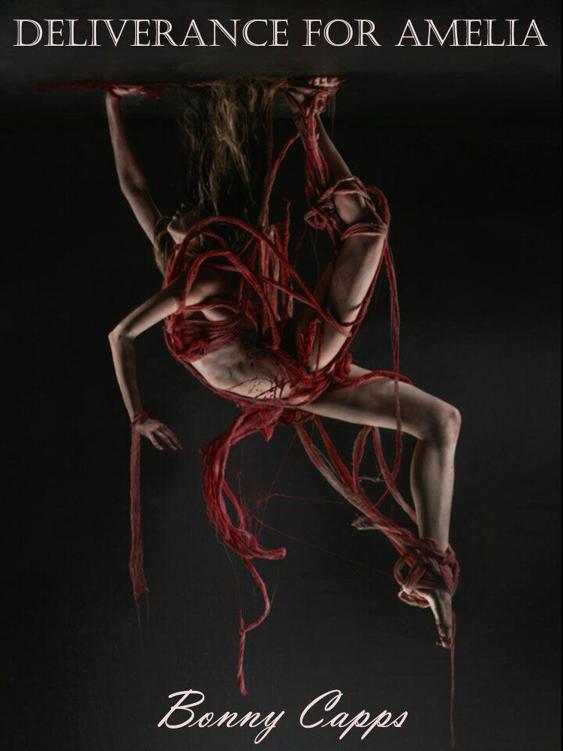 All rights reserved. No part of this book may be reproduced or transmitted in any form without written permission from the author.

This book is a work of fiction. Any resemblance to any person (alive or dead) is coincidental. The characters and story were created strictly from the author’s imagination.

This e-book is licensed for your enjoyment only. This e-book may not be re-sold or given away to other people. If you would like to share this book with another person, please purchase an additional copy for each recipient. If you’re reading this book and did not purchase it, or it was not purchased for your use only, then please return it to your favorite e-book retailer and purchase your own copy.

THIS IS A DARK NOVEL. IT IS NOT INTENDED FOR THE FAINT OF HEART. THERE ARE SCENES WITH EXTREME HORROR AND BRUTAL TREATMENT AS WELL AS ABUSE AND SCENES OF DUBIOUS CONSENT/RAPE.

IF YOU HAVE TRIGGERS OR IF THE ABOVE MENTIONED MAKES YOU UNEASY, THIS IS NOT THE STORY FOR YOU.

READ AT YOUR OWN RISK.

To my guys – I love you all so very much.

Dusty, you’re an amazing husband, thank you for all that you do. It’s always so fun bouncing ideas off of you!

To my amazing mother Bunny Bennett for taking the time to edit this novel. I love you.

To my best friend and sister, Heather.

To my amazing fans, friends and family.

This is for all of the survivors out there.

“The feat of surviving is directly related to the capacity of the survivor.”

When I first began writing Deliverance for Amelia, I knew that it would be a difficult story to tell. What I didn’t foresee was the amount of anger that would be felt or the tears that would be shed when writing this story.

Amelia’s story is an abusive one. She goes through a lot in order to survive. The tale that you’re about to read is not for the faint of heart, so it is very important that you pay mind to the warning.

This book does not glorify an abusive, controlling relationship – in fact, it strips it down to the muscles and bones. There is no sugar coating what an abusive relationship is. Abuse is abuse, plain and simple.

It took some serious digging through the depths of my mind to create Gabe. He is everything evil, while Amelia is a kind heart, trapped in a very unfortunate situation.

There may be points where you want to put this book down, understandably so. I can imagine that if it was as hard to write for me as the author, it will be even more difficult for you as the reader. However, I can promise you - if you stick to it – Amelia will find light at the end of the cold, dark tunnel that she has found herself in.

This is a story about strength and perseverance. Not allowing yourself to become completely broken or losing sight of who you are. Amelia discovers this throughout the book.

If you have triggers - please, put this book down. It was not written to shock and awe. It was written because I wanted to see a strong girl survive incomprehensible circumstances, and in order to do that, I did put her in shocking – terrifying – troubling circumstances.

In this book you will find that everything in Amelia’s life is controlled. Absolutely everything. Everything that Amelia loves is either taken from her, or jeopardized in some way.

Yes, Amelia’s story was a tough one to tell. You never know what you’re capable of surviving.

Take Mr. Grant Jackson for example. When you’re rather suave looking, it’s always easy to lure them in some way or the other. Mr. Jackson’s loving wife phoned me a couple of weeks ago and I’ve been following him since.

He’s a successful CEO of a media corporation and she’s a socialite who smelled the money. An odd couple they are, the fact that she’s purely using him for his bank account is obvious. She has thousands of his dollars pumped into her balloon like lips and fake tits, but she paid up – that’s what matters, ironically with her husband’s hard earned money.

Mr. Jackson is writhing about on the wooden table with ropes situated at the top and bottom. “The Rack” was designed to dislocate every joint in a human’s body and is often where I strap my victims down to play.

His mind is clearing of the fogged daze set on by the chloroform soaked rag. I slapped it over his mouth hours earlier in the parking garage of his company. He’s a stubby, short man – a nerd of sorts. His hair is wiry and coming loose from the low pony-tail he was sporting earlier. His white, hairy chest heaving up and down, stripped to only his tighty whities with his sorry excuse of a package. I’ve left his cliché nerdy, black-framed glasses on. I want him to see the “toys” that I’ve set out for him.

All I can hear are his muffled sobs and attempted screams from behind the gag, drowning out the classical tunes I have playing. I cock my head to the side and examine his frightened face.

I remove the gag and the pleas begin almost immediately.

“Please, p-p-please. Whatever she paid you, I can double it – triple it!” He exclaims.

I tick my tongue at him and turn to my table of instruments. I go for one of my favorite toys and turn to face him. I hold it over his face momentarily before turning it in my hands, his frightened gaze following.

“This is a Heretic’s Fork,” I say nonchalantly, a devious smile forming on my face, “the leather strap will go around your neck, and this piece here will sit right under your chin and the other right at your sternum. You’ll want to be still, because the forks will pierce right through your chin if you’re not careful.”

“No… NO!” He shrieks as he tosses his head from side to side emphatically.

“Shhhh.” I whisper, “Your screams will only motivate me.” Tears are now escaping his eyes as he tries to still his convulsing body.

I strap the Heretic’s Fork around his neck and he winces as he tries to lower his head, the fork jabbing him slightly, causing a single trickle of blood to run down his neck.

“Now,” I say as I turn back to the table, “Ah, yes – The Lead Sprinkler,” I turn and show him, his eyes struggling to look towards me, he’s afraid to move his head, in fear that the fork might pierce him again, “I will need to go heat it of course, but I can assure you that it will be rather difficult for you to remain still. I currently have tar inside the bulb end, these holes will release it with each flick of the wrist.” I stop when my phone begins buzzing in my pocket. I retrieve it and look at the illuminated screen. The Mayor, the bastard still owes me half a mill for offing the blackmailing journalist months prior.

I annoyingly place the Lead Sprinkler back on the table of instruments and respond with the most saccharine tone, “Ah, see – that’s going to be a problem Tony,” I pause and wink at Mr. Jackson before continuing, “You knew going into this what the consequences would be if you failed to pay up-”

He cuts me off and I clamp my teeth together. I loathe being interrupted.

“You better,” I sneer, “Because I will take something very precious to you, without hesitation”

I snap my phone shut and retrieve the Lead Sprinkler from the table once more, “Now, where were we?”