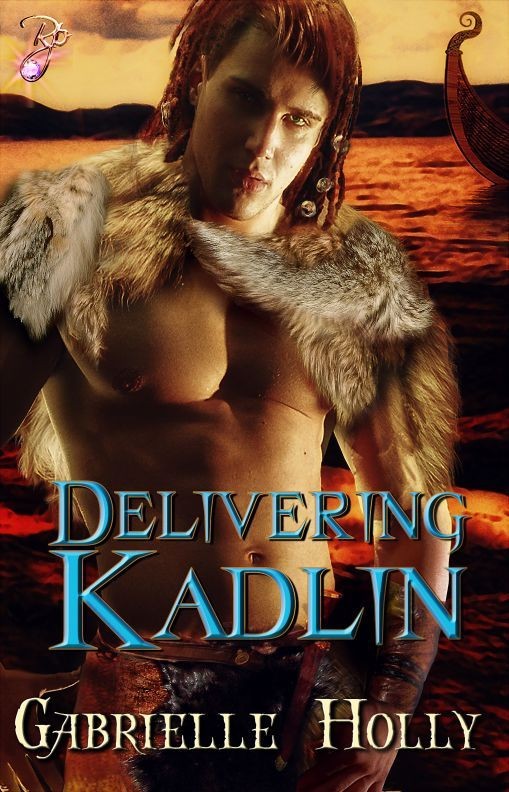 To T.J. for his boundless patience and support. 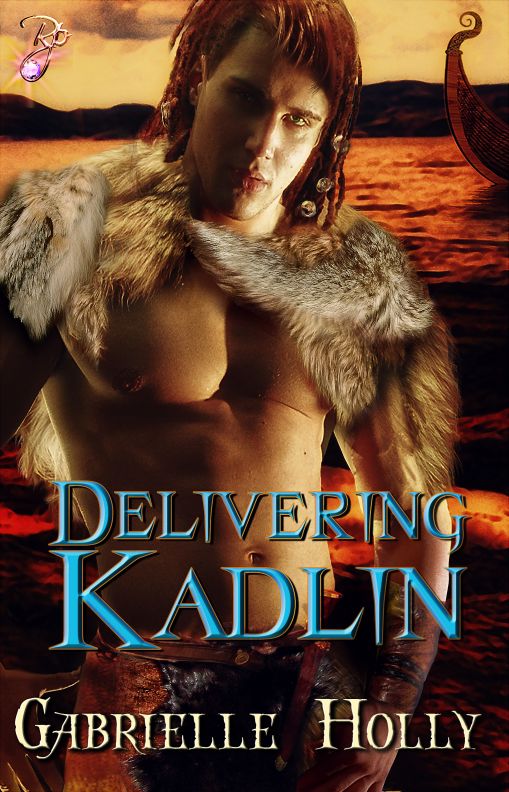 To T.J. for his boundless patience and support.

Gods forgive me, but I hate him so!

Kadlin stared at the Viking’s back and wished he would be struck dead. He seemed steady in the saddle, but she imagined his mount tossing him to the ground and stomping him until his heart stopped. Perhaps Thor would take pity on her and send a bolt of lightning into the oversized brute. Doubtful. Thor would likely side with the men—her uncle, her captor and the stranger to whom she was to be delivered.

Kadlin and the Viking had left her uncle’s home at dawn, and now, the sun was directly overhead. He had not said a word to her. She thought him big and stupid and surly—just like the bear he was named for. The sun beat down on Kadlin’s dark hair and sent rivulets of sweat into her eyes. It streamed down her back and between her breasts. At every clearing, she thought they would stop and rest, but the stupid “bear” just kept trudging onward. Her thighs ached from squeezing the sides of the skittish pony she rode. The prancing gait was jarring, and the heavy pouch that hung around Kadlin’s waist bounced with every step. Her wrists chafed beneath the rough ropes binding her. Her belly was empty, and her bladder was full. They rounded a stand of spruce, and she heard the sound of rushing water. The need to relieve herself was suddenly urgent.

He growled in response.

Yes, he is a stupid, surly bear.

The path opened onto a clearing that sloped down to a wide stream. The water coursed through a grouping of smooth boulders, causing it to froth and gurgle before flowing into a calmer pool.

Kadlin’s bladder contracted. “I have to stop now!”

The Viking didn’t turn, but slowed his horse and smoothly dismounted. Kadlin’s horse stopped and snorted. Bjorn walked his animal down to the bank, and it lowered its huge head to drink. The Viking trudged back to where Kadlin waited, squirming in the saddle. He didn’t meet her glare but looped his thick arm around her waist and hauled her down, setting her solidly on her feet. He gathered up her horse’s reins and led it to the stream.

“I’ll need my hands,” Kadlin shouted at his back.

He gave no indication that he’d heard her. He waited until her mount had begun drinking beside his before he slowly walked back to where she stood. She held out her bound hands. Bjorn looked down at her, his green eyes searching her brown eyes.

He combed his fingers back through his long, red-blond hair as if considering what to do.

“Would you have me stand here and piss on your feet?” she snarled.

The Viking looked down at his knee-high leather boots. He smirked then reached out to work loose her constraints. As soon as the last knot was undone, Kadlin turned her back to him, unwound the lengths of rope from her stinging wrists and let the coils fall to the ground then hurried into the bushes.

Kadlin swept her gaze over the edges of the clearing then held her breath to listen. She heard only the sound of the stream, the birds in the trees and the soft huffing of the horses. She slowly blew out her breath and crept to where the horses stood dozing in the shade. Bjorn’s animal roused and tossed his enormous brown head with a snort.

She reached for the reins, and his eyes widened. He skittered backwards and pawed the mossy earth. Kadlin’s heartbeat quickened. The long black tail began to swish. She realized that not only would she not be able to ride this horse, she was in real danger of being bitten.

Kadlin dropped her hand and began to ease away from the agitated animal. She’d taken two long backward strides before bumping into an immovable mass. She knew before turning that it was the Viking. She spun around and looked up into seething eyes.

She didn’t bother to finish the lie. The corner of Bjorn’s jaw flared slightly as if he were clenching his teeth. It was no less a signal of danger than the horse’s swishing tail had been. He held a freshly killed rabbit in each hand and gathered both in his right then reached out to her with his left.

She winced when he grabbed her by her abraded wrist, but he took no notice of her discomfort. He’d already looked away. He yanked her into the clearing and roughly shoved her to the ground. She landed on a pile of bags and blankets and glared up at him.

With no other way to express her anger, she crinkled her nose and stuck out her tongue. He pointed at her, making it clear she was not to move from that spot.

Bjorn stomped about the clearing, gathering sticks and kindling. He started a small fire, dressed the two rabbits then set them cook on long sticks. When they were ready, he shoved one towards Kadlin, and she crossed her arms under her breasts.

“Eat,” he demanded. “We won’t stop again until nightfall.”

Kadlin wanted to spit on the food he offered, but the roasted rabbit smelled wonderful and her empty stomach groaned. She snatched the stick from his hand and tore into the tender, juicy meat. She moaned in spite of herself. Bjorn took a long drag from a wineskin then tossed it to her. She gulped the sweet honey mead then tossed the skin back to him.

When she was full, she stood and walked down to the stream then knelt on the sandy shore. After shoving up her sleeves, she washed her face in the blessedly cool water then bowed her head and poured handfuls over the back of her neck. She rinsed her mouth before plunging her hands back under the surface to let the stream soothe her raw wrists.

The Viking knelt down beside her. She stole a look as he stripped off his tunic and washed. His body looked as if it were carved of wood. His skin was smooth and pulled taut over thick muscles. He washed carefully; first his face then his neck. He methodically swished a mouthful of water then spit onto the sand.

Kadlin tried to look away but was snared when he began scrubbing his chest and torso. She was mesmerized by the way the topography of his corded arms changed with each movement.

He turned, caught her admiring him then huffed a self-satisfied chuckle.

Kadlin sneered as she got to her feet and smoothed down her sleeves. “I thought your type didn’t bathe.”

Bjorn shook off his hands and stood. “I thought your type knew when to hold their tongue.”

He slid on his tunic then reached out and grabbed her wrist. “It’s time to go.”

This time her wincing did not go unnoticed. The Viking pushed up one of her sleeves and then the other. He turned her hands over, examining her wrists top and bottom. “Why didn’t you say something?” he thundered.

“Would it have mattered?” she said, pulling away her hands.

“My people are not animals.
I
am not an animal.”

“No? But they treat other people like animals! Who but an animal would tie up women like cattle and drag them against their will to be handed over to a complete stranger?”

Bjorn shook his head. “And who but an animal would offer up his ward to pay his debts? Perhaps, your uncle should not gamble if he cannot afford the stakes. The jarl isn’t stealing you. You are his due.”

“And what’s in it for you?” she demanded.

“I am earning my land by trading my services to the jarl. Delivering you will be my final payment.”

The Viking walked back to the fire circle, and she glared at his back.
His final payment!
She bit back angry tears and followed him. He knelt by his saddle and rummaged through one of the tooled leather bags.

“
Please
sit down,” he said, without turning. She didn’t need to see his expression to hear the sarcasm in his voice. She sank to the bare ground and leaned back against a rolled blanket.

He knelt beside her, sat back on his heels and held out his palm. She crossed her arms under her breasts and glared at him.

“May I
please
tend to your wounds so we can continue on?”

She thrust out one hand. He gently laid it across his thigh and yanked the wooden plug from a hollowed antler tine. It was filled with rendered fat that had been mixed with crushed herbs. Kadlin recognized the smell.

She pulled back her hand. “That’s for horses!”

He placed her hand back on his thigh, more firmly this time. “It’s for wounds.”

He dipped his finger into the medicine then smoothed it over the puffy red stripes on Kadlin’s wrists. She tensed at the sting of the healing plants. The Viking lifted her hand, bowed his head and blew cool air over the balm. Her body relaxed as the pain subsided.

While he tended to her other wrist, she looked down at the back of his head. His hair fell past his shoulders and was shot through with strands the color of copper, bronze and gold. Thin, neat braids hung amid the long waves and were adorned with coins, glass beads and tooled metal baubles. She leaned forward and breathed in his scent. He smelled manly, but clean.

When he’d finished with her wrists, he stood, kicked out the fire then began loading the horses. Kadlin waited until the last pack was secured then held out her arms.

The Viking shook his head. “I’ll not bind you, but do not make me regret it. Roll back your sleeves so you’ll heal.”

“How
kind
of you,” she said, smirking. She hoped that her disdain was not lost on the stupid ox.

Bjorn helped her onto her pony. “Not kind at all. I can’t very well deliver damaged goods to the jarl.”

Gods, give me strength. Just one more task, and my debt will be paid.

For three years Bjorn had provided meat and cheese for the jarl’s table. He’d fashioned tooled leather belts, pouches and wrist bracers for the jarl’s house staff and boatmen. With each exchange, the man had relinquished another tiny parcel of the fertile farmland. The last bit of land to be released was the most coveted. In its borders was a clear, fast-moving stream loaded with fat brown trout. The fish would help feed him, his workers and his future family, for years to come. He could almost taste savory, fire-roasted fish, and the thought made his mouth water.