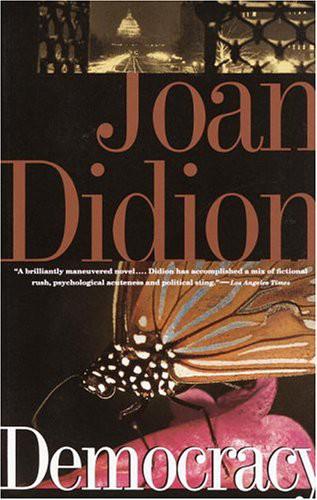 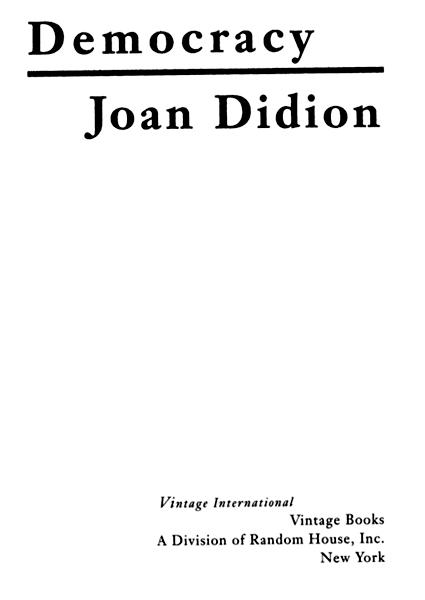 All rights reserved under International and Pan-American Copyright Conventions. Published in the United States by Vintage Books, a division of Random House, Inc., New York, and simultaneously in Canada by Random House of Canada Limited, Toronto. Originally published in hardcover by Simon and Schuster, New York, in 1984.

This novel is a work of fiction. Names, characters, places and incidents are either the product of the author’s imagination or are used fictitiously. Any resemblance to actual events or locales or persons, living or dead, is entirely coincidental.

The author gratefully acknowledges permission to include excerpts from the following works:
Random Harvest
by James Hilton, copyright 1943 by James Hilton. Published by Little, Brown and Company in association with The Atlantic Monthly Press.
“Of Mere Being” by Wallace Stevens, copyright © 1957 by Elsie Stevens and Holly Stevens. Reprinted from
Opus Posthumous
by Wallace Stevens, by permission of Alfred A. Knopf, Inc.
“September 1, 1939” by W. H. Auden, copyright 1940 by W. H. Auden. Reprinted from
The English Auden
, edited by Edward Mendelson, by permission of Random House, Inc.

This book is for Dominique and Quintana
.

It is also for Elsie Giorgi
.

T
HE
light at dawn during those Pacific tests was something to see.

Something that could almost make you think you saw God, he said.

He said to her.

He said: the sky was this pink no painter could approximate, one of the detonation theorists used to try, a pretty fair Sunday painter, he never got it. Just never captured it, never came close. The sky was this pink and the air was wet from the night rain, soft and wet and smelling like flowers, smelling like those flowers you used to pin in your hair when you drove out to Schofield, gardenias, the air in the morning smelled like gardenias, never mind there were not too many flowers around those shot islands.

They were just atolls, most of them.

Two Quonsets and one of those landing strips they roll down, you know, the matting, just roll it down like a goddamn bathmat.

It was kind of a Swiss Family Robinson deal down there, really. None of the observers would fly down until the technical guys had the shot set up, that’s all I was, an observer. Along for the ride. There for the show. You know me. Sometimes we’d get down there and the weather could go off and we’d wait days, just sit around cracking coconuts, there was one particular event at Johnston where it took three weeks to satisfy the weather people.

Wonder Woman Two, that shot was.

I remember I told you I was in Manila.

I remember I brought you some little souvenir from Manila, actually I bought it on Johnston off a reconnaissance pilot who’d flown in from Clark.

Three weeks sitting around goddamn Johnston Island waiting for the weather and then no yield to speak of.

Meanwhile we lived in the water.

Caught lobsters and boiled them on the beach.

Couldn’t walk. No place to walk. Couldn’t write anything down, the point of the pen would go right through the paper, one thing you got to understand down there was why not much got written down on those islands.

What you could do was, you could talk. You got to hear everybody’s personal life story down there, believe me, you’re sitting on an island a mile and a half long and most of that is the landing strip.

Those technical guys, some of them had been down there three months.

Got pretty raunchy, believe me.

Then the weather people would give the go and bingo, no more stories. Everybody would climb on a transport around three A.M. and go out a few miles and watch for first light.

And then the shot, naturally.

Nevada, the Aleutians, those events were another situation altogether.

Nobody had very pleasurable feelings about Nevada, although some humorous things did happen there at Mercury, like the time a Livermore device fizzled and the Los Alamos photographers started snapping away at that Livermore tower—still standing, you understand, a two-meg gadget and the tower’s still standing, which was the humorous part—and laughing like hell. The Aleutians were just dog duty, ass end of the universe, they give the world an enema they stick it in at Amchitka. Those shots up there did a job because by then they were using computers instead of analog for the diagnostics, but you would never recall an Aleutian event with any nostalgia whatsoever, nothing even humorous, you got a lot of congressmen up there with believe it or not their wives and daughters, big deal for the civilians but zero interest, zip, none.

He said to her.

Jack Lovett said to Inez Victor (who was born Inez Christian) in the spring of 1975.

But those events in the Pacific, Jack Lovett said.

Christ they were sweet.

You were still a little kid in high school when I was going down there, you were pinning flowers in your hair and driving out to Schofield, crazy little girl with island fever, I should have been put in jail. I’m surprised your Uncle Dwight didn’t show up out there with a warrant. I’m surprised the whole goddamn Christian Company wasn’t turned out for the lynching.

Water under the bridge.

You’ve been around the world a little bit since.

You did all right.

You filled your dance card, you saw the show.

I told you when I saw you in Jakarta in 1969, you and I had the knack for interesting times.

“Listen, Inez, get it while you can,” Jack Lovett said to Inez Victor in the spring of 1975.

“Listen, Inez,
un regard d’adieu
, we used to say in Saigon, last look through the door.”

Claiming The Prize by Nadja Notariani
Less than zero (RN: Book 1) by David Gunner
The Secret Circle: The Initiation by The Initiation
The Silence of the Chihuahuas by Waverly Curtis
Bound by Desire by Tempeste O'Riley
Fields of Rot by Jesse Dedman
Haunted Destiny by Heather Graham
The Wrong Way Down by Elizabeth Daly
Learning to Dance by Susan Sallis
Autumn Rose: A Dark Heroine Novel by Gibbs, Abigail
Our partner