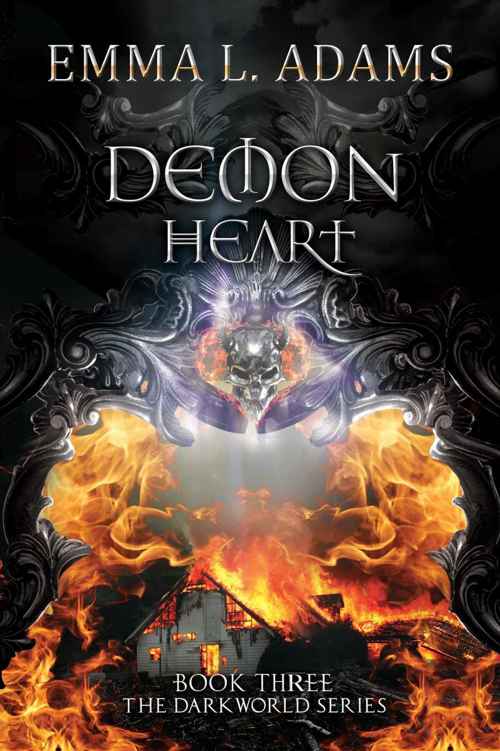 shlyn Temple
! You spent the night in a haunted house and never told me?”

I winced as Cara’s voice turned static, and she leant so far towards the webcam that I half expected her head to come out of my laptop screen.

“
And
you have a boyfriend? You have some explaining to do.”

I should have seen this coming a mile off, but the truth was, things had been so mad lately that I’d forgotten to keep my best friend up to date on developments. Trying to stop a crazed underground organisation of sorcerers from arresting me had been higher on my priority list than informing everyone about the change in my romantic status.

Now I was paying the price.

Cara leaned away from the screen, brushing back her short-cropped hair with one hand. She’d dyed it jet black since I’d last seen her, and it suited her. She pulled off the Goth look far better than I did, her eyes shadowed and outlined in liquid black. Of course, when
I
looked like I hadn’t slept for a week, it was usually true.

“I’m coming to visit,” Cara informed me, folding her legs underneath her. Like me, she sat on her bed, except hers looked like a makeup explosion had taken place on top of it. “Next weekend. No excuses. And I’m meeting Leroy.”

“I’ll sleep on the floor if I have to. But I’m meeting Mr. Prince Charming. Did you say he took you to a ball on Valentine’s Day?”

“Nope, we spent that night scaring the crap out of the Literature Society at that haunted house. But he did take me to see a film last night.”

“Fair enough.” Cara rearranged her legs, knocking what looked like half the contents of a Boots makeup display over in the process. “Did he pay?”

“Uh, yeah.” I felt kind of guilty about that, but it wasn’t as though Leo didn’t have money. His dad worked for the Venantium, and they hardly paid their employees a pittance, unsurprising as they supposedly risked their lives on a daily basis. Leo had hardly seen his father in years; like many people who joined the organisation in charge of maintaining the magical Barrier that kept demons from invading our world, Mr. Blake had sacrificed responsibility for his children in favour of trying to get into the highest ranks of the organisation. But he still gave Leo, and his brother, Cyrus, a pretty decent allowance.

“Was it really romantic?”

“We watched a zombie sci-fi film with lots of explosions.”

Admittedly, I couldn’t remember most of the film. I’d never felt self-conscious around Leo before, but knowing we were on a
date
suddenly made me hyperaware of everything from what I wore to whether I breathed too loudly. It was ridiculous, but I supposed this was what it felt like to be a
normal
teenage girl. Watching that film had been the first time we’d spent any time alone together in an ordinary situation―in other words, not sneaking around underground tunnels or haunted houses. Not ideal first date spots, however much fun it had been to hide in the cellar of the supposedly haunted old house on Tombstone Hill and scare the living daylights out of the Literature Society members who’d decided to stage their postponed Halloween Sleepover there. I wasn’t entirely sure Alex and Sarah, who’d also been there, had entirely forgiven me for that.

Of course, Cara really wanted to know if we’d kissed. I said, yes, we had―omitting to mention, of course, that our first kiss had been in a crypt, near an open grave I’d almost died in. Yeah, normal dating didn’t exactly seem to be my thing. The truth was rather more complicated. The crazed sorcerer, Jude, had been convinced I’d witnessed him murdering vampires, not realising that instead of me, he’d actually seen my doppelganger, the lost spirit of a dead half demon who’d sneaked under the Venantium’s radar. The leaders of an organisation well-known for its paranoia about magic-users certainly seemed to have missed a few issues with its members.

If it hadn’t been for Leo and the others, I’d have died that night. I’d originally gone along with Leo to help find out why his guardian, Mr. Melmoth had been murdered, and what connection that had to the murderous ghoul who’d been walking around pretending to be me. Instead we found ourselves in the middle of Jude’s plot to fight demons by seeking the advice of a lunatic sorcerer hiding in the Darkworld. Instead, a higher demon had intervened and killed the doppelganger.

“You set so much by the so-called virtue of your humanity? You don’t even have a heart. You can’t love. You can’t be loved.”

So the doppelganger had claimed… but the fortune-teller had told me otherwise.
I’m human. In all the ways that matter.
What I felt for my family and friends was no illusion. And Leo…

Well, I’d fallen into Leo’s arms following the chaos of that night. Leo was fun to be around, a great friend―but it had been a revelation to know that he thought of me like that at all. Just like me not to notice we were falling for each other even when it stared me right in the face.

He didn’t know I was a human-demon. The truth would come out eventually―and all I could do was hope it wouldn’t drive him away. Now I had him, I was damned if I’d let him go that easily.

“Next weekend,” Cara reminded me, and switched off the webcam.

I stared at my screensaver.
Okay,
I thought
, I can deal with this.
I hadn’t seen Cara since Christmas, anyway, since she lived in Edinburgh now. She was the only person from my secondary school I still kept in touch with, partly due to my life turning into a horror film in the middle of my final year. Seeing sinister eyes everywhere had driven me into my own private world, and in the end, most of my former friends had gone their separate ways. But Cara was different. She wouldn’t let even possible insanity ruin a twelve-year friendship, let alone a hundred-mile distance between our universities. I was lucky to have her.

Sometimes I wished I could tell her the truth, but I knew it would do more harm than good. Cara didn’t need to know that her fear of the unknown might be any more than superstition. I wouldn’t wish that knowledge on anyone else. Leo and I were a part of it because we had to be. We could see the Darkworld, and it could see us. I envied normal people sometimes, but I couldn’t change something I had no say in. Besides, it had brought me to Leo.

I’d told Cara we’d met at GameSoc, the same story I’d told my flatmates, Alex and Sarah. I’d never had a boyfriend before, so her opportunities to tease me about guys had been limited―not that she hadn’t tried. Last term she’d encouraged me to make a move on my former flatmate, David, who’d seemed to have a thing for me, but he’d turned out to be a spy for the Venantium. I’d liked him, but whether the feeling had been mutual or not, I hadn’t been able to forgive what he’d done. I’d acted pretty irrationally, but thankfully, no one other than me and Claudia know about the accidentally-turning-him-into-an-ice-statue fiasco. After that, forgetting about him seemed the simplest solution. At least we no longer lived in the same flat.

Leo was different. Being with him made me feel more alive than I’d felt in months.

My phone buzzed. I smiled when I saw Leo’s name.
Pizza 2nite?

Yearbook by David Marlow
The Duke's Dilemma by Nadine Miller
Marriage and Slavery in Early Islam by Kecia Ali
Last Kiss Goodnight (Otherworld Assassin) by Showalter, Gena
Flights of Angels (Exit Unicorns Series) by Brandner, Cindy
The Dream Thief by Shana Abé
Calvin M. Knox by The Plot Against Earth
If I Could Be With You by Hardesty, Mary Mamie
Bare Naked: Naked Cowboys, Book 4 by Desiree Holt
The Earth Conundrum: Book 1 of the Alliance Conflict by Jeff Sims
Our partner