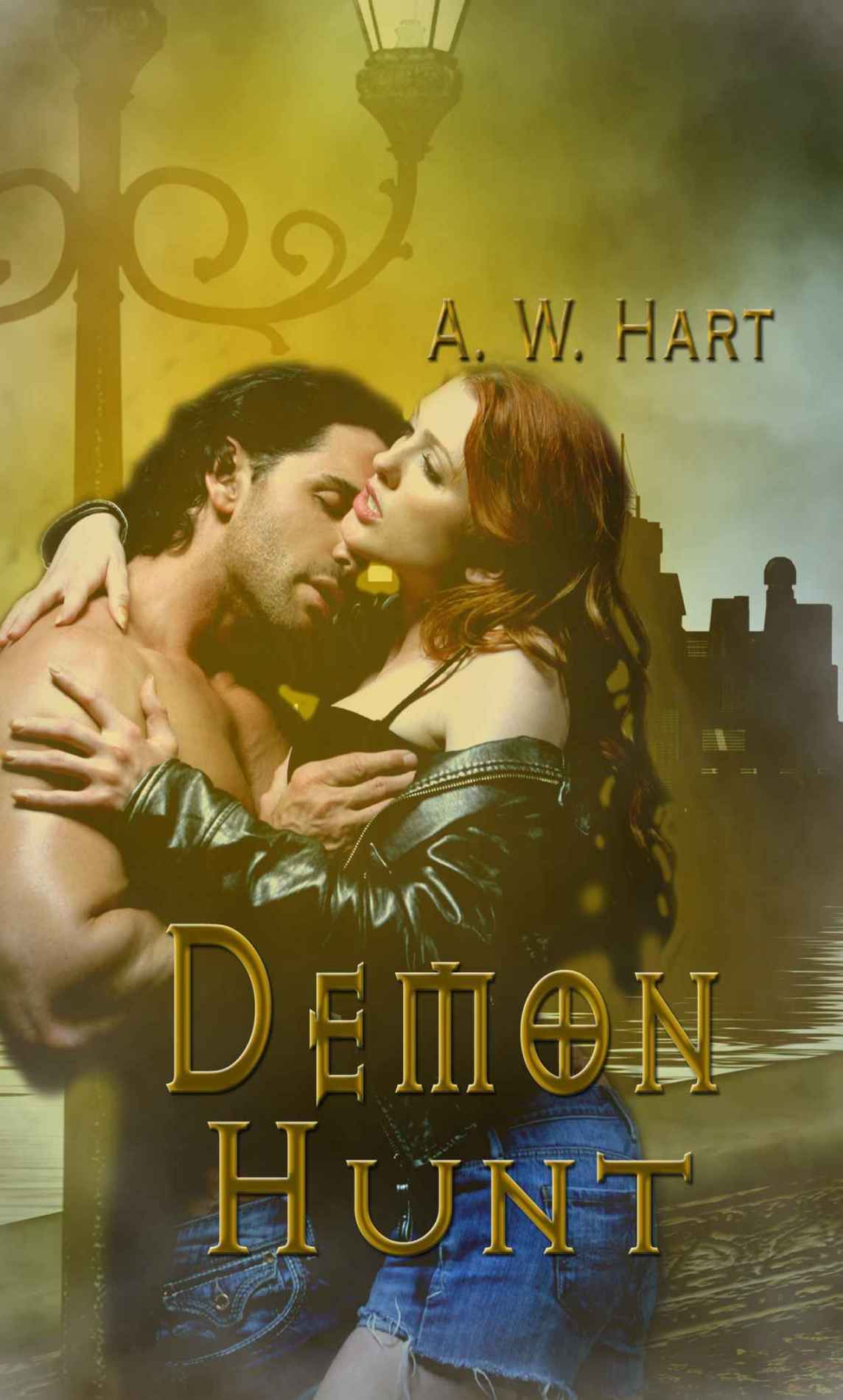 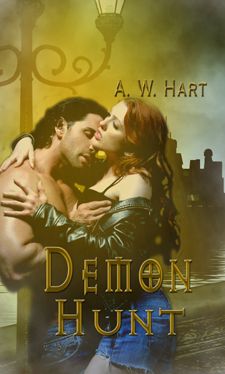 This is a work of fiction. All characters, events, and places are of the author’s imagination and not to be confused with fact. Any resemblance to living persons or events is merely coincidence.

Rhiannon Brennan surveyed the casino floor from her vantage point behind blackjack Table Four with a weary eye. The interior of the small, elegant casino looked like the aftermath of a frat party during rush week. Ash trays overflowed with cigarette butts, empty beer bottles lined the tops of slot machines and stools were scattered haphazardly down the slot aisles.

Raised voices told her the last few revelers were about to be escorted from the Silver Pearl Casino. She glanced at her watch and smirked. Exactly five minutes after closing. Hardcore gamblers. They never could get enough.

With a sigh, she flipped her dark hair over one shoulder, and the residual aroma of cigarette smoke and beer wafted out of the black strands, making her wince. She stank. Everyone who had entered the doors of the crowded casino during the evening rush for even a moment probably smelled like an ashtray.

The blackjack pit would not be sorted out for at least an hour. The pit supervisor stepped up beside her to place the clear, Plexiglas cover over her chips and lock up the table.

“
We’ll count the table down and sort cards in a few, Rhi. Go take a break,” Stephen, a slender, well-dressed man, told her. He appeared haggard and his eyes were red-rimmed from the smoke and noise of a ten-hour holiday shift.

“
Your eyes could pass for a Denver roadmap.” Rhi ambled over to lean on the center podium and watch him lock down her fellow dealers’ tables.

“
Yours ain’t much better, my sweet,” he replied over one shoulder. “Boy, things were a bit over the top on the maniacs tonight. Did you see the guy get hauled out for peeing in his token cup instead of taking two minutes away from his slot to hit the john?”

The pair shuddered in unison.

“
I think he’s still in jail over his last world tour.” Stephen nodded at the dealer next to him, signaling her to clear her hands and step back from the locked down tray of chips.

A visit from the legendary hermit to the casino meant a confrontation over Cootie’s losses, if the man were sober. If the hermit had buried himself in the town’s stock of Kentucky bourbon, a visit from Cootie meant a brawl.

“
Oh yes, we can’t forget about the money, filthy stuff!” Marie yanked her bow tie loose and glanced at the clock. “Hitting any parties?”

“
Are you nuts? I’ll barely be awake enough to drive home after we get done,” Rhi replied, rolling her eyes.

“
Well, I was gonna hit a few to let off some steam, wind me down…you know.”

Marie swiveled on one heel, pouting. Rhi moaned inwardly. The girl would be unbearable to work closing duties with if she didn’t get her way.

“
You mean it?” Marie squealed and hopped across the velvet rope.

Stephen, examining a new cigarette hole on Table One, straightened and eyeballed Rhi in disgust. “You know cutting slackers loose is
my
job, don’t you? Now you’re going to get to count down two tables.”

“
I don’t mind. Anyway, do you want to put up with her for another hour?” Rhi grinned, watching Marie’s retreating back as she headed towards the heavy steel side door leading to the downstairs offices and locker room.

Within ten minutes, Marie had returned to the main casino floor, dressed for the hike to the employee parking lots.

“
That was fast,” Rhi told her dryly. She lounged in a chair at one of the tables, resting her feet and sipping coffee.

“
Oh … Rhi, you aren’t closing for
everyone
are you?” Marie gave her a pitying glance, which annoyed Rhi. The pretty blonde openly detested her. She shrugged. She would rather close alone than listen to the other girl’s whining.

Marie put an arm around her shoulders, mistaking Rhi’s silence for embarrassment. “Come on, sweetie! Surely some fine piece of man flesh is waiting at home for you!”

“
The only piece of man flesh I want in my house is the cable guy so I can get upgraded to the deluxe package. My dog can’t watch HBO right now and missing
Rome
is making her cranky.” Rhi picked up her coffee cup, hoping the movement would signal to Marie the conversation was over.

“
Well, you just need to get out more! Live a little!” Marie whirled to head for the front doors, where she bounced impatiently as she waited for the security guard to unlock the doors to release her. Rhi observed as the guard lectured Marie for a moment about casino regulations mandating that workers leaving the casino after a shift were to exit via the employees’ entrance. Marie pouted and began to whine, her nasal pleas carrying to the pit. The older man, a grizzled Cripple Creek native, shook his head in despair and unlocked the doors.

Rhi began to turn back towards the pit when a shiver down her spine caused her to pause and stare again at the etched glass of the casino’s double doors. A shadow passed between the casino and the streetlamps lining the street. She gazed at the entrance through narrowed green eyes and blinked. She must have been more exhausted than she thought. The clouds of windblown snow moving in front of the streetlamps had taken on monstrous shapes in her mind.

“
What’s wrong, princess?” Stephen busily sorted cards on the table. A plate crowned by a doughnut had miraculously appeared next to her coffee mug.

“
You’re too good to me,” Rhi told him, settling back into her chair to sort the used cards. The cleaning crew and slot techs slammed and banged about behind the rows of slots but compared to the casino two hours earlier, the cavernous room was almost peaceful.

“
Finally,” Rhi replied. She hesitated and lowered her voice to speak again. “Is it just me or is something weird in the air tonight?”

Stephen laughed. “That’s just where the guy wearing the redneck sweatshirt puked in the corner around eleven. The air in here is gonna be weird for a while.”

The odds of spotting a virgin on the street at this hour were about the same as hitting a jackpot on one of Slim Willy’s video poker machines.

The dark figure snorted with laughter at the notion as he balanced on the rim of the Palace Hotel’s roof, watching the street below. He’d brought his favorite demon along for company but the thing kept moaning about being cold. They both needed blood and entertainment. The solution: settle for a bit of tarnish on the girl.

With an eye on Cripple Creek’s deserted main thoroughfare, he flipped a knife into a discarded wooden billboard. Nearby, the naked figure of the demon cowered in the cold, the icy mucus that covered its wings and body a testament to the frigid temperature.

The smaller creature edged closer and reached to wrap itself in a corner of its master’s cashmere overcoat. The moment its abnormally long fingers touched the rich fabric, the blade flickered and impaled the pathetic being against the rooftop.

“
Naughty, Adolph,” the demon’s master murmured. He jerked the smoking knife out and wiped the blade clean, first in the snow, then on his coat.

Adolph got up and tottered backwards. Black fluid poured from the cut and sizzled when the demon flopped to the ground. The hideous wound healed in seconds, the ebony flow slowing. Muttering, the creature scrambled a few feet away, hunched over, and rocked back and forth.

A lone woman emerged from one of the casinos across the street. She tucked a long strand of blonde hair behind one ear and surveyed her surroundings before setting off up the street for the employee lots.

The predator on the rooftop examined her aura. Not a virgin, but with those delicate features, who cared? He shifted and took a quick look at the faint glow of his designer watch. Time to announce his return.

Marie stepped out of the swinging doors of the casino into a beautiful winter’s night and an unidentifiable stench. She wrinkled her nose. A horrific stink had joined Cripple Creek’s regular brew of bourbon and cigarette smoke. The burnt metallic smell made her eyes water. God only knew what some idiot had dumped nearby to create such a reek.

She paused to take a last glance at the stain of light that spilled out of the casino’s plate glass windows onto the sidewalk and shouldered her backpack to start the long trek up Bennett Avenue.

Marie hated the ink black alleyways of the old town. Late at night, the old brick buildings creaked and moaned and the dark side streets sounded as if they were filled with something unspeakable. Damn the casino owners for making their grunts hike so far to the employee lots. She had been forced to park in the furthest corner of the most remote lot in town earlier in the day because she was an hour late for her shift. The more accessible lots were filled with the cars of dealers who were conscientious enough to get to work on time.

A Mortal Bane by Roberta Gellis
Just A Spanking: Tales of Dominance and Submission by Sarai, Lisabet
Divine: A Novel by Jayce, Aven
All the Queen's Men by Linda Howard
Mr Majestyk (1974) by Leonard, Elmore
The Devil by Ken Bruen
Captives by Edward W. Robertson
The kindly ones by Anthony Powell
Meet Me at the Chapel by Joanna Sims
Bad Girl by Night by Lacey Alexander
Our partner