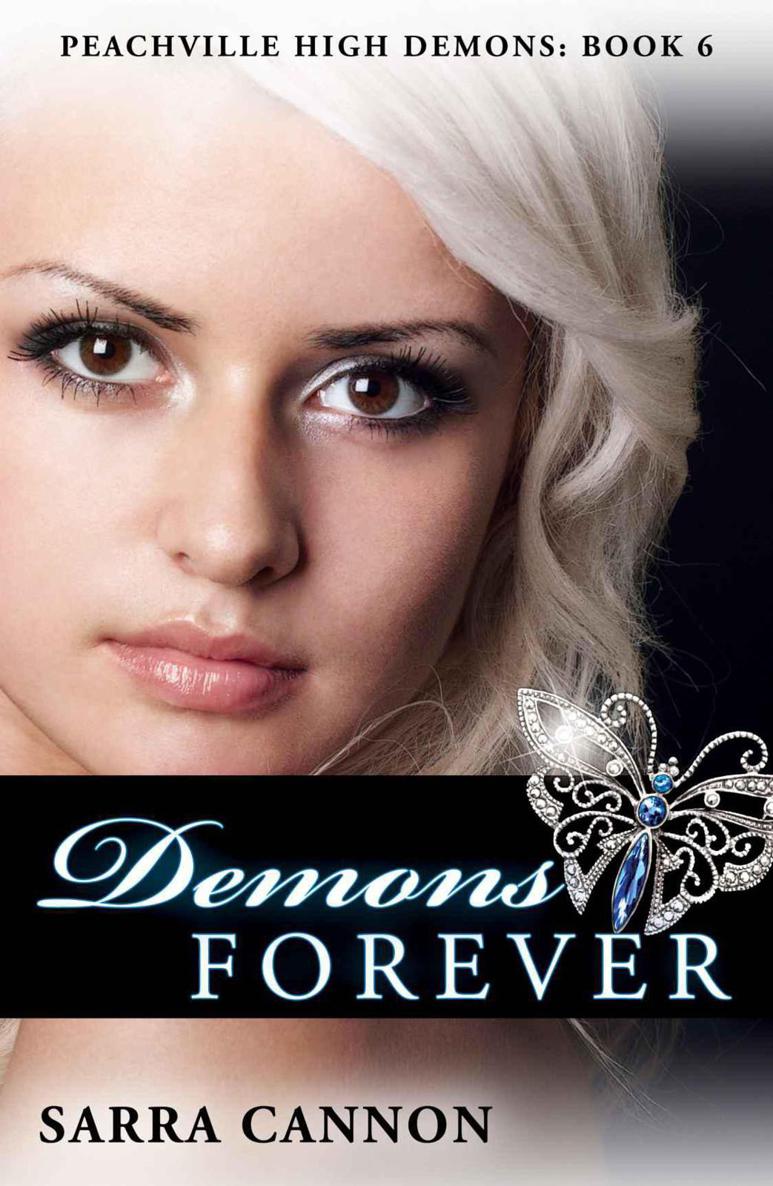 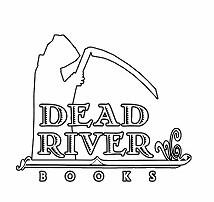 I wanted you all my life,

Prayed for you with all my heart,

And will love you with all that I am.

This book has been the hardest of my career to write, but in many ways, it has also been the most rewarding. While writing this book, I went through one of the most beautiful, life-changing events a person can experience. Something I had wanted for many years with all my heart.

I became a mother.

Finding the right balance between motherhood and career has not been easy, but I wanted to take a moment to say a genuine thank you to all my fans out there who have supported me throughout this year, always encouraging me to keep going and to make this book the best it could be. Thank you for believing in me and for waiting patiently for this last installment of the Peachville High Demons series.

I also want to say thank you to my amazing husband, George, for always loving me and supporting my choices. Thank you for taking on some extra baby duties during my late night writing sessions and for being my first reader and my muse. I love you.

This book would not have been possible if it wasn't for the help of neighbors Carissa and Miranda. I am so happy to have you in my life! Also, to all my 'Old Farts'. Words cannot express how much you mean to me. You ladies keep me sane and bring joy and much-needed friendship into my life. I love you all.

Thank you to my dear friend, Megg Jensen. Writing can be a very lonely career and I feel so lucky to have met a fellow writer like you to call my friend. Thanks for always being there for me.

As always, thank you to my critique group for your honest feedback. And to my beta readers, Lisa and Nick. Your insight and willingness to read quickly and with a reader's eye has helped this to be the book that it is.

A Castle And A Crown

There Was No Answer

She Wants It Back

You Get That From Your Mother

Such A Different Life

Exactly Who You Are

They Found You First

The Actions Of Evil People

I Wasn't Surprised To Hear Her Name

Everything You Think You Are

A Hatred So Deep

You Care Too Much

The People We Left Behind

A Hero Locked Inside

Every Second You Waste

A Cold Stone Where Her Heart Should Be

The Beginning Of The End

The World To Me

A Life Of Our Own Choosing

One Way Or Another

The Woman Sitting In The Wheelchair

You Left Me Here To Rot

Where Guests Were Not Allowed

No Song To Sing

All Magic Has A Cost

Anyone Could Be Anyone

You Won't Remember A Thing

She Couldn't Have Taken That News Well

No One Will Even Know It's Me

There Wasn't A Minute To Waste

A Beat Too Long

The Bomb Lea Had Just Dropped

What Happened That Day

I Came To Set Her Free

The Greater The Cost

Would They Help Us

Together We Are Stronger

Not A Day For Fear

I Am Not Your Enemy

The End Of It

A Crack In The Bond

The Lines Between Good And Evil

A Castle And A Crown

Cheers echoed through the streets of the domed city.

Breathless, I stared down at the crowd. Was this really all for me? My ears rang and time seemed to stand still. I blinked, unable to make sense of this scene.

My father, the King of the South, stood next to me, fist raised high in the air. A ghost. A vision.

Never in a million years did I think this could be my truth. How many times had I wondered about him? How many times had I dreamed he would show up at the door of my latest foster home and claim me? Take me away to his big house in suburbia where we would have a dog and a pool and a real life together?

And I'd thought that was dreaming big.

I didn't even know how to wrap my mind around the thought of a castle and a crown. Much less the fact that I was not completely human.

Jackson's hand squeezed mine, and I was instantly grateful he was here with me. He was the anchor holding my feet to the ground.

"We love you, Princess," someone shouted from below.

Me? A princess? Disbelief shot through me, making me so dizzy I had to grip the railing to stay upright.

I breathed in, warmth snaking across my cheeks. I wanted to duck my head. To hide in embarrassment. But I also wanted to smile and wave and giggle like a child on Christmas morning. My father was alive!

I had a thousand questions to ask him, but for now, the roar of the crowd washed over me like a wave. Inside, I tumbled end over end, one moment feeling as if I might drown and the next thinking I might float away.

Somewhere in the distance, a firework burst into the air. I followed it with my eyes, raising my chin toward the domed sky as it erupted in a flash of greens and blues.

When the sky cleared, a tiny speck of darkness descended toward us. At first, I thought it was part of the festivities. But as it drew closer, its inky blackness expanded and grew, blotting out the light of the distant suns. The crowd gasped as the sky grew dark, all eyes turned upward in fear and confusion.

The hand around my shoulder grew tense. I glanced at my father. His silver eyes darkened to a steel gray. He held his breath.

He motioned to the guards at our back. They rushed forward and gripped my arms. I resisted, unable to turn my eyes away, but they pushed me back into the safety of the throne room. Jackson stayed on the balcony, his eyes lifted to a growing darkness.

I pulled away from the guards, my heart racing. What was going on? Why did everyone look so afraid? I thought they'd said the dome was safe?

Trembling, I hugged my arms close to my chest and stared out through the archway. I watched genuine fear flash in my father's eyes. Beneath his silver beard, his jaw tensed. He lifted his arm like a shield above his head as a massive explosion rocked the domed city.

The tile beneath my feet shook from the force of the blow and my ears rang. I stumbled backward and fell onto the steps leading up to the throne. Screams echoed against the high ceilings and my blood went cold. Outside, the sky turned black as night. An oily darkness slipped down across the smooth surface of the dome, blocking any view of the forest beyond.

I stood, panic rising in my stomach as both Jackson and my father followed something with their eyes. Their heads moved in unison as the gasps and screams below grew louder.

I pushed forward, running past the stunned guards to see it for myself.

Before I could reach the balcony, I saw what it was they'd been watching. A single drop of black liquid splashed across the solid stone railing, inches from the king. With a hiss, it ate through the rock in seconds. Then, a cascade of drops fell around them and the balcony gave way.

I shouted and reached forward, Jackson's eyes searching for mine as he fell.

There Was No Answer

The domed city erupted into chaos.

Shouts sounded in the distance as hunters poured through the city's front gate, the dome's magical seal broken. Spells flashed as demons and humans banded together against them.

I lunged forward, hands outstretched toward the falling balcony. In the instant before they fell onto the stone steps below, Jackson and the king both shifted to smoke. One black as night. The other white as a cloud. They coiled and circled up toward me, rushing past. Hands gripped me tight and pulled me with them as part of the floor collapsed and crumbled to the ground.

Out of breath, we landed on the steps of the shining silver throne.

"What's happening?" I asked. "I thought the dome was safe from witch's magic."

My father shook his head. "Some kind of bomb. Or acid. They must have figured out a way to damage the outer shield," he said. "They've cracked a piece of the dome, disrupting the protection spell. Harper, we have to get you to a safe place."

He motioned to the guards who had dragged me inside moments earlier. They were at my side in the blink of an eye.

"I don't have time to argue with you about this," he said. "Jackson, help these men get her downstairs. The dungeons three levels down will be the safest place. They were built ages ago with very strong stone."

I opened my mouth to protest, but Jackson's hand gripped my forearm and squeezed. When our eyes met, he shook his head to silence me. I had no idea what he was thinking, but I had to trust him. We didn't have time to talk this out. The battle outside grew louder and closer.

My father's eyes darted toward the gaping hole in the castle wall.

He turned to me, his silver eyes clouded with worry. "Get to safety. I'll find you as soon as this is over."