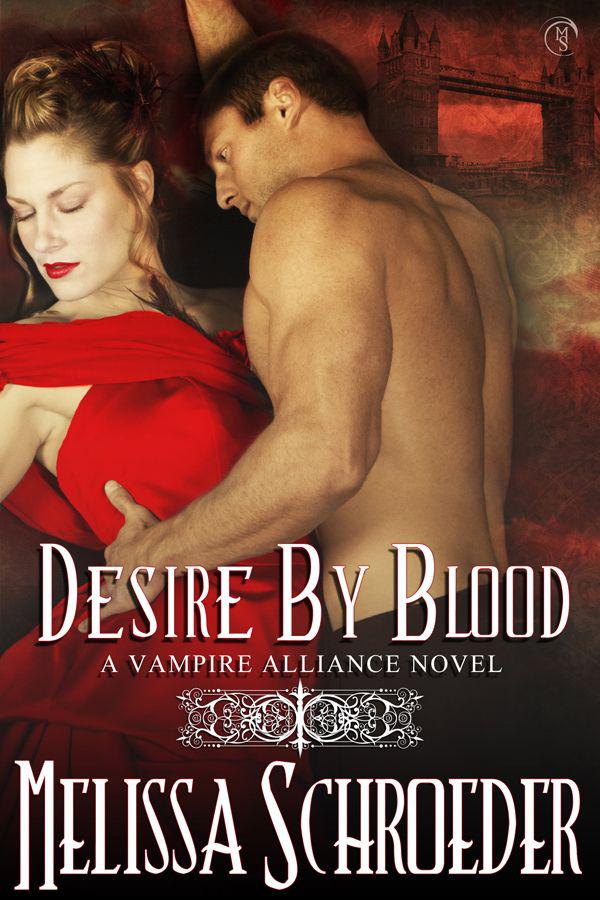 A Passion they could not deny

“It works better if you kiss me back.”

His voice was deep, resonant, filled with something she
could not discern. It did not matter if she did not understand, her body
responded. Heat shot through her veins causing her to shiver. Without another
word, he swooped down to capture her mouth again.

Every worry she had dissolved as he slanted his mouth over
hers. This time she responded the best she could. It was her first true kiss,
for she did not count the few stolen kisses early suitors had subjected her to.
If they had been as skilled as Blackburn, Cordelia might have been tempted to
break the rules.

Cordelia willingly opened her mouth, allowing Blackburn to
slide his tongue in. Little bursts of heat crackled over her nerve endings.
Slowly, she skimmed her hands up his chest, over his shoulders, and behind his
neck. He took the opportunity to pull her closer, into his warmth. His hands
slid down to cup her bottom, pull her tightly against him. Even through the
layers of clothing she could feel the beat of his heart.

Her head spun, her body rejoiced. Tentatively, she slipped
her tongue into his mouth, sliding it along his as he had to her. The taste of
him burst through her, tart lemonade, a touch of brandy, and Nicodemus Blackburn...that
was the most intoxicating part. Every reservation she had dissolved into the
glorious passion he was building,

A Little Harmless Fascination” is one of my favorite of the
Harmless series. It has some incredibly hot moments as well as some wonderfully
tender ones. It is a great romantic read.

A LITTLE HARMLESS SUBMISSION was just about perfect to me.
It had the perfect mix of sexual tension, eroticism, suspense and cheekiness
that I've come to associate with Melissa Schroeder's writing.

First thought when finished: Holy Cow! This is going to be a
fun series to read---just the right combo of story/romance!

This is a great Paranormal Romance novel!

The dynamics of the McLennan clan are
remarkable, the characters are impassioned and compelling, the plot is riveting
and the delivery is faultless.

To the one person who would never leave me alone about this
series: Joy Harris. Thank you for your support, even if it did border on
stalking. I treasure our friendship more than you know. Oh, and now will you
shut up and leave me alone?

This book was had a long road to publication, and if I did
not take a chance and publish it myself, it would not have happened. So many
people helped me make that decision.

First, Brandy Walker for helping me set up the schedule and
urging me to do it. It would not have happened without you.

I cannot ignore the
fantastic cover art done by Kendra Egert. Even after I decided to do a
different marketing plan, you stepped in and did the work, and my how lucky am
I?

And of course, to Les and my girls, all four of them. I
complain a lot but without you, I wouldn’t amount to much. Thank you for always
believing in my dream.

All Rights Are Reserved. No part of this book may be used
or reproduced in any manner whatsoever without written permission, except in
the case of brief quotations embodied in critical articles and reviews.

This is a work of fiction. Names, characters, places and
incidents either are the product of the author’s imagination or are used
factiously and any resemblance to actual persons living or dead, business
establishments, events or locales is entirely coincidental.

“He was Made?” Malik asked.

Nicodemus Blackburn did not look at his friend, but nodded
and continued to clean the blood from beneath his fingernails. The only sound
in the dank room was the splashing of water.

"I would say less than two months. Definitely not
completely transitioned."

Silence. When Malik didn't respond, Nico glanced at him. The
passive expression and cold gaze told Nico everything he needed to know. They
had learned long ago Malik would be the whipping boy for every damned Made
vampire.

"He was completely out of control. The woman..."
Nico closed his eyes and swallowed back the fresh wave of nausea that
threatened to bubble up. In five hundred years, he had never seen anything so
brutal, so bestial. He had killed Mades before, but never happened upon one of
their kills. He opened his eyes to find his friend with a knowing look on his
face. "She did not die easily."

If possible, Malik's expression grew colder. "Meaning
he raped her to death."

There was nothing to be said, for nothing would stop what
was going to happen, what was already happening. Nico grabbed a linen cloth and
started to dry his hands.

"We need to find out what the bloody hell is happening.
This one had no connection to family. There has to be a reason for the Made
vampires to be popping up all over the countryside."

Malik nodded. "I've heard more rumbling amongst the
Borns. Not to mention the Carrier woman they found dead in London two nights
ago. There might be trouble for my kind again."

Nico shrugged and retrieved another shirt. "I don't
think you need to worry."

"You are always exempt from these witch hunts. You
trace your roots back further than mine. Anyone who has made it through
transition has no problem. They never lose control."

A cynical smile curved Malik's lips. "True. And so I
shouldn't have to worry at all. But the youngest generation doesn't remember
the Inquisition...they don't remember how many of us fought on your side. They
will be out for blood—so to speak."

Nico faced him. Irritation and worry gripped his stomach in
a cold, hard fist. What Malik said was true. Before the Inquisition, Borns
regularly hunted for Mades, killing them before they gained control of their
new powers. He could not defend what had happened in the past, only work to fix
the present.

But that would come later. Nico could still smell the
corpse’s blood on his body. If he closed his eyes, he could remember
everything. The mutilation of the Carrier woman. The sickening feel of shoving
a piece of wood into the vampire’s flesh. The word
Suprema
still echoed in his ears.

It was worse than it had been almost four hundred years ago.
God, he did not want to do that ever again. But he would...he knew that down to
his core. There was no way to avoid it. If he allowed someone else to lead the hunt,
it would become a massacre of every Made vampire in England.

He opened his eyes and looked at his best friend. They had
seen the worst mankind could throw at them. Nico feared they were about to see
things neither of them were prepared for.

“Your father is the only family leader with any
intelligence.”

True, for he was the oldest of the four family patriarchs
that comprised the Vampire Alliance of England and Scotland.

“In father’s mind, he is the only one who matters. But, in
this case, he is correct. London would be easier…the maker could resort to the
lower classes, and it would not attract any attention.”

“Do you have any idea who it might be?”

Nico shook his head. “Not a clue. All I know is the
sightings in the country have dwindled, and those clues we have found all lead
to London.”

Nico smiled at his friend’s irritation. Both of them hated
London, the
ton
, and all of their
idiocy. But his father had asked him to go, and Nico could not refuse. "We
go to London."

Malik studied him for a moment, and then nodded. "We go
to London.”

He was avoiding her again.

Lady Cordelia Collingsworth searched through the milling
crowd in the Smythe’s ballroom as irritation shot through her blood. This was
the third night in a row she had lost him. The mysterious man was making it
impossible to discover anything about him...or his shady businesses.

She grimaced before she could stop herself. Viscount Hurst.
She had been dodging his steps at every event for the last fortnight. He always
appeared at her side, a genial smile on his face and pretty compliments. Drat
the man. She smoothed her expression and turned to face the viscount.

Cordelia understood why he had been labeled “The Catch” by
the ladies of the
ton
early this
season. Just thirty years old, he sported a strong physique. Blond hair and
deep brown eyes had all the women sighing, or so she had been told. He was
pleasant enough with that square jaw and all his proper manners, but there was
something about him she did not like. Something that made her blood chill every
time she came in contact with him. Even in the overwhelming heat of the
ballroom, she could not seem to keep herself warm in Hurst’s presence.

He smiled down at her, and she fought the shiver of dread
that raced along her flesh.

“I hope you are enjoying yourself tonight.”

She forced her lips to curve into a welcoming smile as she
offered her hand. He bent over it. Even with her skin protected by gloves, the
top of her hand grew cold. Bile rose in her throat as she watched him. Most
women—especially women decidedly on the shelf and with no dowry—would kill to
be this close to him. The idea that she wanted to flee whenever she spotted him
made no sense.

“I always enjoy the Smythe’s ball. It is very amusing.” She
tugged on her hand, twisting it to free it from his grasp. “And you, my lord?”

“I thought to ask for your hand in the next dance.” The
moment he said it, the first strains of a waltz filled the massive ballroom.
Dread filled her stomach. “I assume you are free?”

His smirk told Cordelia he knew she did not have one dance
on her card. She rarely did. She was not on the marriage mart, far too old and
poor to grab attention—except from the viscount. Now she regretted not securing
a dance partner for the first waltz.

“Lady Cordelia.” A strong masculine voice filled the air
around her and sent a rush of heat along her nerve endings. Even without
turning she knew who stood behind her. The man she had been chasing for three
days straight. The man she was positive ran illegal businesses in London. The
subject of her now-due article.

Teutonic Knights by William Urban
Campaigning for Christopher by Katy Regnery
The Fairytale Curse (Magic's Return Book 1) by Marina Finlayson
Fall Out (Against the Tides #1) by Katheryn Kiden
Dreamer by Charles Johnson
Fanning the Flame by Kat Martin
Blind Dating: by Taylor, Kerry
Circling Carousels by North, Ashlee
The Girl with Braided Hair (A Wind River Reservation Myste) by Coel, Margaret
The Tale of Holly How by Susan Wittig Albert
Our partner