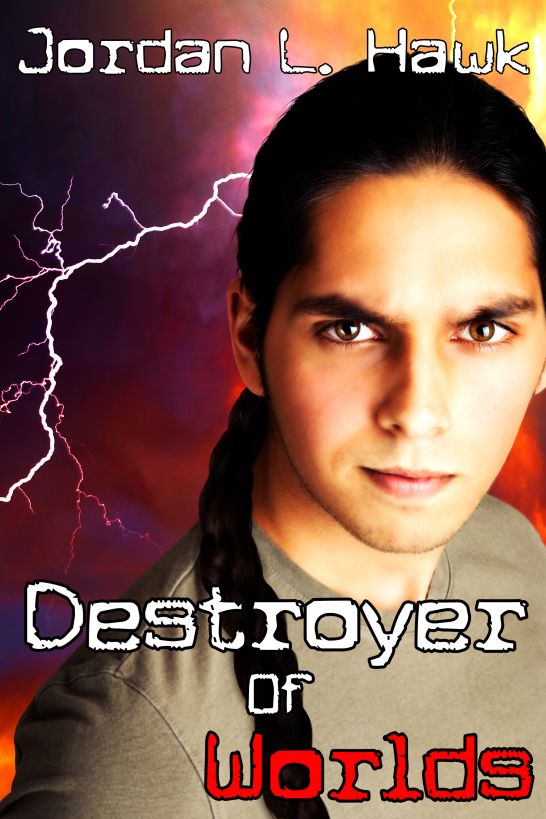 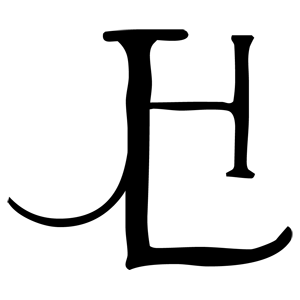 Caleb sat in the windowless back of a SPECTR
van, wondering how the hell he was going to get out of this
mess.

He studied the heavy bolt across the doors.
He’d heard another fall into place on the outside once they’d shut
behind him. The whole vehicle looked more like an armored car,
really…except armored cars didn’t generally come with attachment
points for restraints.

At least the manacles hadn’t come out. Not
yet, anyway.

“
Can I get you something?” Forsyth
asked. “Bottled water?”

Like Caleb was his guest instead of his
prisoner. Yeah, right. That’s why he had two armed guards sitting
to either side of him, packing assault rifles, grenades, and God
only knew what else. All for little old Caleb.

Well, not for Caleb, not really. They were
meant for Gray, the vampire spirit living in his head, who would
become a permanent resident if someone couldn’t figure out how to
exorcise him in a week. The victim of a possession had forty days,
no more and no less. After, the only cure for possession was a
skull full of silver-jacketed lead.

But for the moment, he had more immediate
problems. Like what Forsyth intended to do with him, and how he’d
get out of it.

“
A pillow would be nice,” Caleb said,
wincing as they hit another pothole. His butt didn’t have enough
natural padding for this.

Forsyth smiled. He sat ramrod straight, both
hands resting on his knees, in a pose which screamed “military”
even if he headed up the research division of Strategic Paranormal
Entity Control, aka SPECTR. “I apologize—we built this vehicle for
function, not comfort. I assure you, your new quarters will be much
more pleasant.”

Caleb thought about asking what function the
truck normally served. Transporting possessed people like him? But
John said the research division didn’t do actual fieldwork.

John. Fuck. What must he think about all
this? When Forsyth hauled Caleb off, John looked…well, scared.

“
Will we see John
again?”
Gray asked. The drakul lurked like a tiger in
the forest of Caleb’s mind, unnaturally still and silent as he
watched through their shared eyes.

I don’t know,
Caleb thought back. God, he hoped so.

“
We might have freed
ourselves. Why did we accompany these mortals?”

Because if they’d opened fire at SPECTR-HQ,
they would have hit John and Kaniyar. And John isn’t as resistant
to bullets as we are.

I don’t know.
They could probably survive being shot up by the guards, but
then what? SPECTR would just hunt them down—after all, Gray was a
dangerous Non-Human Entity, and SPECTR’s entire mission consisted
of keeping creatures like him from wandering around snacking on
people.

“
I do not eat mortals. They
are foolish to fear me.”

Which was true in its way. Gray ate
demons, the beings which
did
go around snacking on people. But there were no exceptions
under the law.

If they escaped now, they’d be on the run
from a federal agency. Hell, for all Caleb knew, the FBI and DHS
would get in on the act, too. He didn’t have the slightest idea how
to get a fake ID, or credit cards, or anything he’d need to
successfully disappear.

He had one possible chance. A group who
identified themselves with the symbol of a moth had contacted
him…Christ, had it just been yesterday? They’d offered to exorcise
Gray—on the condition Gray wasn’t subsequently destroyed, the way
everyone else thought he should be. The way
John
thought he should be.

Gray flinched back from the thought, as if
Caleb jostled an open wound. Until he’d found himself stuck in
Caleb’s living body, Gray had only the faded memories and dull
nerves of the dead to tell him about humanity. About what it meant
to really live.

Now he’d experienced color, warmth, and pain
first hand. Then topped it all off by falling in love with the man
whose job it was to kill him.

“
I do not wish to think of
these things.”
As if they could help it.
“You mean to contact these moths?”

I don’t see we have any
other choice.
Caleb shifted on the uncomfortable seat,
and hoped like hell he just looked bored or nervous, not like he
was plotting with the voice in his head.
For right now, we wait and see. Forsyth is acting like he
wants me to cooperate. He saw us fight the wendigo. He probably
figures it’s a lot safer and easier for him if I come along
voluntarily. I don’t want to kill anyone if we don’t have to, so
let’s see what our options are before making a decision.

Still, it would help to know where they were
going. “How long a ride do we have?” he asked.

“
Another hour and a half or
thereabouts,” Forsyth replied.

Might as well ask the direct questions, if
Forsyth was in an answering mood. “What are you going to do with me
once we’re there?”

“
You’re not a prisoner,” the older man
said with a reassuring smile. “We’re just going to take the
opportunity to run a few more tests on the drakul. We’ll exorcise
you first thing next Saturday, well before the
deadline.”

Sure, he wasn’t a prisoner. That was why they
hauled him around in an armored truck, in case he—or Gray, more
likely—decided to make a break for it. “John—Agent
Starkweather—couldn’t exorcise me,” he said cautiously.

“
We have access to more resources than
a field agent,” Forsyth replied. “Don’t worry.”

Right. Forsyth knew how to exorcise
Gray but just, what, forgot to mention it before?
Next he’s going to be selling me oceanfront
property in Kansas.

But pointing it out would just end up with
them in a cell for certain. John kept telling Caleb not to be such
a dick around authority. Time to start taking his boyfriend’s
advice.

“
Oh, okay,” Caleb said, plastering a
tentative smile on his own face. “And once Gray’s gone, I can
leave, right? Go back to Charleston?”

That seals it. We’re getting the fuck out of
here as soon as we can.

John sat behind his desk, staring blankly at
the wall, feeling as if the floor beneath him had collapsed and
dumped him into the lowest basement. How did everything go wrong so
fast?

A soft knock on his door broke him out of his
stupor. How long had he sat there, staring, feeling helpless?
Impossible to tell; most of SPECTR-HQ existed underground, which
meant no windows to show the change from afternoon to evening to
night. “Come in,” he said; his voice sounded rusty from his dry
throat.

The door swung open and Sean entered. “Hey,”
he said. “I just heard. Are you okay?”

Shutting the door behind him, Sean took the
seat across the desk from John. “Want to talk about it?”

Did he? “I
promised.
I promised Caleb if he cooperated, he’d
stay free.” Anger began to burn at the edges of the numb shock
filling his chest. “Caleb cooperated,
Gray
cooperated—they both did everything we
asked. Gray saved Tiffany’s fucking life, and Forsyth’s, and who
knows how many other peoples’. They didn’t do anything wrong, but
Forsyth is locking them up anyway! It isn’t fair, damn
it.”

Sean tiredly shoved a lock of hair back from
his forehead. “Listen, I know you didn’t expect this to happen, but
it’s going to be okay. Forsyth has way more resources than we do.
If anyone can exorcise Caleb, it’s him.”

“
Let me finish.” Sean leaned forward
and fixed John with a serious look. “Yes, Gray cooperated, and yes,
he even came in handy. But he’s still an NHE, John. You and I both
know he’s probably just biding his time until the forty days are
up. Smart NHEs
lie,
remember?
The ones high up on the food chain are clever enough to say and do
whatever the faust wants to hear, until it’s too damn late. You
know that.”

“
Gray isn’t like them.” Even as the
words left his mouth, he knew how they’d sound to Sean. Hell, he
knew how it would sound to him, if Sean had been the one to fall in
love with an NHE.

Sean shook his head and sat back, lips
thinning. “Shit, I was right—you do have a fucking death wish.”

“
I know how it sounds, but just
listen—”

“
No, John, you listen,” Sean snapped,
anger and bitterness lacing the words. “Once in your damned life,
just listen, all right? Do you have any idea what the last month
has been like for me? Coming to work every day, wondering if you’d
be in your office, or if this was the morning they’d find you in
little bitty pieces all over your condo?” He leaned forward,
intent. “I tried to be reasonable; I tried to keep an open mind. If
Caleb had just stayed with you, if you kept a spirit ward and a
locked door between you, maybe I wouldn’t have been scared out of
my wits. But you started fucking him!”

John rocked back. He couldn’t remember Sean
ever being this pissed off at anything, let alone him. “I love
Caleb!”

“
And if it was just Caleb, I’d be his
biggest fan for making you happy. But it was never
just
Caleb, and every night, you went
home and left yourself totally vulnerable to the thing in his
head.” Sean brought his fist down on his knee in frustration. “Do
you have any idea how scared the situation made the rest of
us?”

Fuck. It had never even crossed John’s mind.
“I didn’t think about it from your perspective,” he admitted.

“
No, you didn’t.” Sean sagged back in
his chair. “Look, there’s no point in arguing. It’s out of our
hands now. If it will make you feel better, send all the notes
you’ve made from Brimm’s books to Forsyth. I’m sure they’ll have
Caleb exorcised before the deadline. Next Sunday we’ll all go down
to King Street and drink green beer.”

“
Oh.” He’d forgotten, what with
everything else going on. Only the
16
th
held meaning for him any
more. The day Caleb’s time ran out.

Sean rose to his feet. “Go home and get some
rest. Take the weekend off and let Forsyth worry about the drakul.
You’ll feel better by Monday, you’ll see.”

“
Maybe you’re right.” He roused himself
to add, “Thanks, Sean,” as the other agent started out the
door.

Secrets of the Tudor Court by Bogdan, D.L.
Wild Ones by Cassie Black
Corrupt Practices by Robert Rotstein
Once Upon a Time: New Fairy Tales Paperback by Tanith Lee
The Pause by John Larkin
An Advancement of Learning by Reginald Hill
Enoch's Ghost by Bryan Davis
My Year of the Racehorse by Kevin Chong
Doctor Proctor's Fart Powder by Jo Nesbo, mike lowery
Hour of the Hunter by J. A. Jance
Our partner