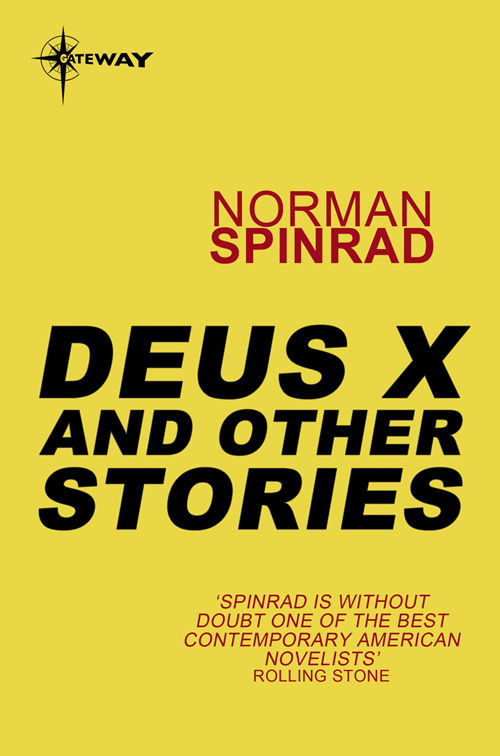 They say these are the last days, Moma Gaia’s been murdered by her idiot children, reefs all coral corpses, ice still going, waters still arising, biosphere melting away in the supertropic sun like a big jellyfish beached on the Martian shore.

For sure we’re the grandsons and daughters of less than wise old monkeys, but on the other hand, we all made of mud, one of the good books says, so considering where we come from, maybe we haven’t done too bad. And in my line of work, I’ve become convinced that even the entities on the Other Side are just playing the cards that someone else dealt as best they can.

I’ve been told that’s a bad attitude, but a lot of
the people who say it pay me good money to use it for their own devices. ’Cause that’s what it takes to deal with what’s on the Other Side, whether you think you’re dealing with electronic loas, or your dearly departed, or just the expert system ghosts haunting the bits and bytes.

Even if you believe there’s nothing on the Other Side capable of feeling anything, there’s plenty can model it well enough to pass any emotional Turing test, so when in postmortem Rome you better model yourself some manners, because the entities there have no trouble at all convincing
you
when your realer-than-thou attitude pisses them off.

Me, I ain’t faking it, man, I may have been born into the last days, but even what’s left of this sick old biosphere’s still gonna be around long after I’m gone to my chosen reward.

Maybe it’s the Herb that gives me a sunny spirit. Old Sol, he don’t seem so friendly now without the ozone to shade our poor hides from his death-ray glare, but I say it ain’t the Golden Boy who’s changed, besides which, without him there’s only the dark, so me, I grease myself with sunscreen, put on my old straw hat and shades, light me up a spliff, and set my course through sunlit seas.

So call me Ishmael, it’s not my name, but I’d rather do the Great White Wail than join the funeral march.

My real name’s Marley Philippe, and I live on
the
Mellow Yellow
. That’s my boat, man, not the Herb talking, and it’s as real as it gets for me. I bought her with ill-gotten gains, better you don’t know, six years past, and she’s still the perfected state of the art.

The
Yellow
’s a forty-foot windfoil sailer, and the foils double as solar collectors, and in the dead of night on a glassy sea she can still do seventeen knots on a full three days’ charge for ten hours and run my working hardware with plenty of juice left over to give me fifty watts of traveling music. In a bad-ass hurricane, the foils deflate into the masts, the masts fold into the deck, the cockpit canopy goes up, and I can seal up a cabin with a neat little galley and a great big fridge and everything I need to stay on the Board and make like a submarine if I have to.

What more can a poor boy ask? Except of course a sea full of leaping fish and tropical islands laden with sweet fruit and dusky damsels basking in the balmy sunshine. Admittedly, that’s a bit hard to come by, what with the Caribbean paradise of my ancestors reduced to a series of huddled masses clinging to highland remnants surrounded by moribund coastal swamp and all but the larger citified islands of the Pacific long since drowned in the desert sea.

But if the dumb hand of man has taken away the sunshine isles of yore, human stupidity giveth too, with the same blind chance. It giveth fjords
in Scandinavia where you sail between great rugged cliffs dripping with subtropic jungle on crystal waters where refugee seals come to graze on shoals of sardines. It giveth the Great Egyptian Sea where you glide through half a thousand miles of reeds infested with birds fleeing the Central African Waste. It giveth scuba diving over the verdigreed emerald streets of New Orleans. It giveth most of all the transformational shores of the Mediterranean, where I spend the months between November and April.

With sunscreen, and straw hat, and shades, the sun’s not so bad then; if you’re lucky enough to be black as me, you can even enjoy it.

I like to sail through the Gibraltar Bight long about the end of October and cruise east off the northern shore, what was once called the Costa Brava and the Côte d’Azur. It’s an old, old part of the so-called civilized world, mountains to the sea in some parts, coastal plains and deltas in others, and it’s been accumulating interesting ruins since before the Romans started kicking Greek ass.

Most of the latest and least romantic layer, the late-twentieth-century beach strip of turista tickytacky that ran all the way from the Rock to Nice, is mercifully sunk beneath the rising sea, leaving only the bargetowns of the boat people floating above the drowned hotels, now refugee camps for what few fish remain in the dying sea.

Where the old coast was more rugged, the little
towns and villages retreated slowly up the cliffs as the water rose in some places, in others former clifftop towns find themselves sitting on the shore. Along the eastern shore of North America, the North Sea coast, places like that where depopulated cities huddle behind the great seawalls, it seems like a battlefront where you know who’s gonna lose, but down here, the people who remain seem to have literally gone with the flow as they always have, their perpetually crumbling seacoast towns and villages rising and falling with the time and the tide.

These days I usually follow the boot of Italy about as far down as Sicily, then make the passage to the African coast. Sometimes I used to go up the Adriatic side as far as dear dead Venice to smoke the Herb among the pelagic ruins and get nice and maudlin at the noble follies of Old World Man, whose most lasting monuments are those to an endless succession of the Glory That Was.

The last few years, I haven’t ventured that far; I do not like to sweat the race with the summer sun back out into the Atlantic and up to the fjords to sit out the summer in endurable climes.

Once, early on in my migratory career, I sped along my eastern course and down the Italian coast so I could swing down through the Greek islands before I had to turn back to beat the sun. Bad mistake, man. My sense of timing turned out to
be muchisimo optimistic, and so did my classical illusions.

The Greek islands got it bad. When the fish died and the sun turned lethal to the tourist trade, the economy went Haitian and worse, and the die-off of the trees and ground cover did the rest, and now there’s nothing left of the magic kingdom of Homeric myth but boneyard isles, abandoned now to handfuls of human ruin-rats swimming pathetically toward you with knives in their mouths and starvation in their eyes.

But it did. There were hundreds of islands still more or less rising out of the dead azure sea, not a one of them without the bleaching bones of towns and villages that were a thousand years old when my ancestors were dragged out of Mother Africa to durance vile in the American Babylon. I don’t know what I was looking for as I sailed for weeks around this vast stone Sargasso of quaint seatown corpses and beautiful bleak marble monuments, too dead even for Homeric ghosts.

Whatever it was, I didn’t find it. Instead, an unseasonably early rise in the ultraviolet count found me while I was still off Algeria, and I had eight days sealed in cockpit and cabin to brood on the awfulness of it all, afraid to even partake of the Herb.

I decided that I hadn’t bought the
Mellow Yellow
to become an intrepid explorer, or to darken my skies with reminders of what this world must once have been, but to sail endlessly round as languid seas as I could find, fulfilling as best I could the ancestral dream in all those retro-Reg songs popular in the New York of my boyhood.

I want to play Columbus venturing out into deep unknown waters and wondering whether I’m going to sail over the edge into the void, I’ve got more than enough on the Other Side.

Fish no longer jump out of the sea into a beach-comber’s net, nor can I step ashore and pluck my fill of fruit from the trees, and one has other expenses in this life, man, so even I need a job.

More jobs than not still mean going somewhere to work, which means staying somewhere to live, but the Big Board is everywhere and nowhere, and those of us who work it can sail round their chosen circuit to their hearts’ content.

I’ve got a hammock slung in the cabin next to the console, and a sat-dish spinnaker, and all I have to do is lay out in it, put on the dreadcap, and plug right in.