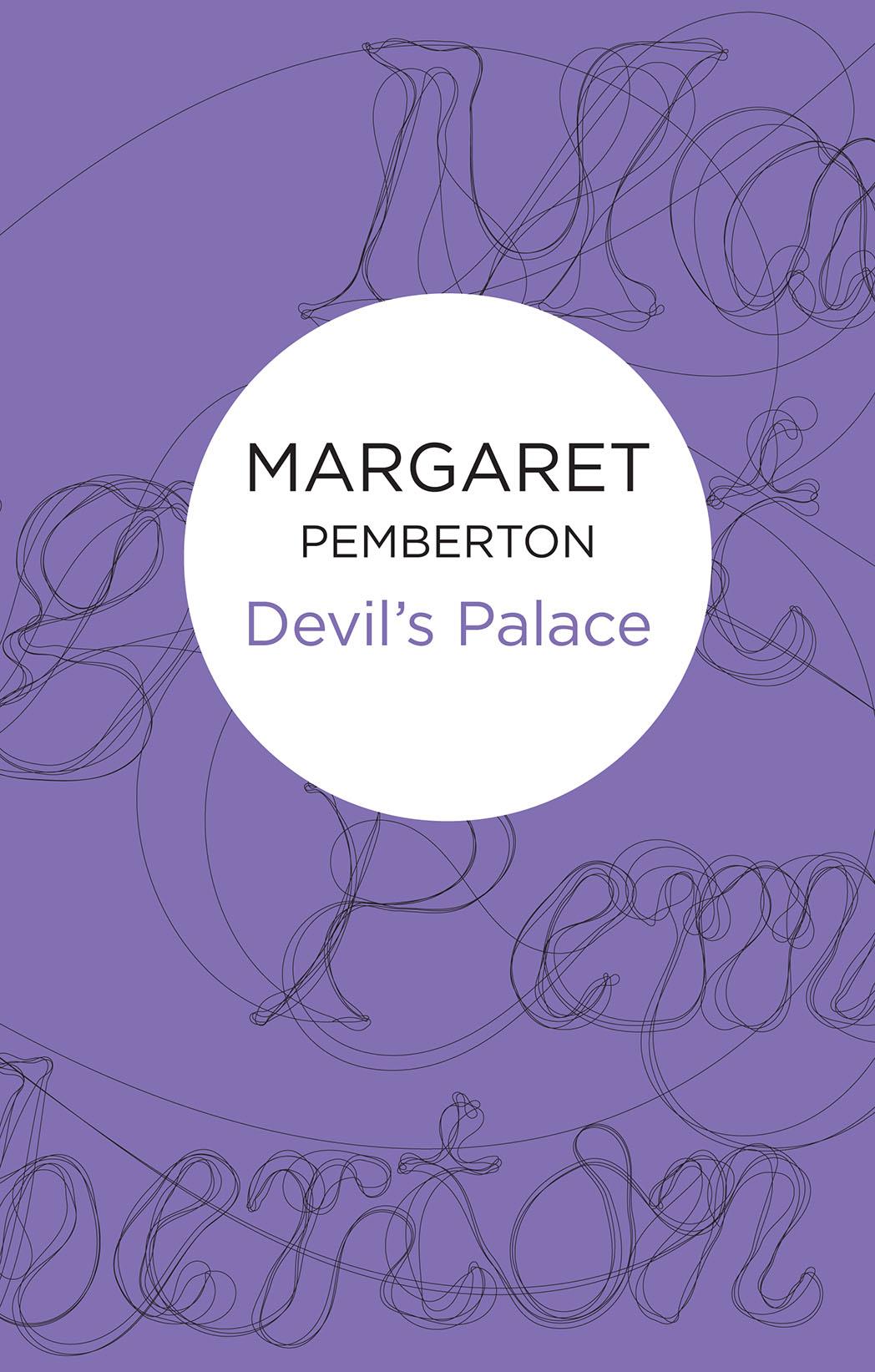 Margaret Pemberton is the bestselling author of over thirty novels in many different genres, some of which are contemporary in setting and some historical.

She has served as Chairman of the Romantic Novelists' Association and has three times served as a committee member of the Crime Writers' Association. Born in Bradford, she is married to a Londoner, has five children and two dogs and lives in Whitstable, Kent. Apart from writing, her passions are tango, travel, English history and the English countryside.

For Mike Pemberton, David Payne and
Martin Conradi. Gamblers all.

The air was fragrant, laden with the scent of bougainvillaea and jasmine, roses and orange blossom. A bee buzzed lazily around the heads of the two figures on the terrace and was waved bad-temperedly away by a black-gloved hand.

âIs that the Kaiser's yacht?' Princess Natalya Yakovleva asked her young companion, her hand reposing once more on her amethyst-topped cane.

Charlotte Grainger narrowed her smoke-green eyes against the glare of the bright sunshine and studied the vessel making for Monaco's harbour.

âI am afraid I cannot tell, Your Highness. It looks smaller and sleeker than the
Hohenzollern
and the flag is strange.'

The wizened figure at her side crouched over her cane and squinted at the pennant fluttering in the sea breeze.

âFetch me my opera glasses, child.'

Obediently Charlotte rose to her feet and hurried into the shaded interior of the villa. The Princess did not like to be kept waiting. Previous companions had suffered the indignity of having books and china thrown at their heads for such an offence and had departed from the Princess's employ in tears and umbrage. Charlotte was glad that they had done so. If they had not, she would be acting as governess to badly behaved children or as companion to a far less entertaining employer.

The opera glasses were on the photograph-filled secretaire. Charlotte picked them up and adjusted a silver-framed likeness of the Grand Duchess of Russia, Marie Fedorovna, with her two-year-old son Nicholas.

Charlotte paused for a moment. The Grand Duchess was beautiful, but not as beautiful as her sister Alexandra, who was now Princess of Wales. The Prince of Wales was fond of gambling. Perhaps he would visit Monte Carlo. The thought of meeting her future sovereign sent a ripple of excitement down her spine. Incredibly she had begun to regard as normal the day-to-day contact with Polish and Russian nobility. The Princess was related to half the crowned heads of Europe and in her six months as companion Charlotte had been presented to the ill and ageing Tsar Alexander II, to King George I of Greece and to King Leopold II of Belgium.

She smiled to herself as she stepped out on to the terrace, imagining her mother's reaction if she had known her daughter would one day be in the company of kings. The smile held sadness as it always did when she thought of her parents. Her childhood had been happy. Her father was a village parson. Their home had been a shabby, cosy rectory, full of her father's books, her mother's sewing and a strange and varied collection of stray dogs. When fever had broken out in their Sussex village, her father had spent long hours tending the sick. Her mother, too, had fallen ill and her father had nursed her devotedly. Within weeks they were both dead and at seventeen Charlotte was without home and without family.

A position was found for her, caring for the children of one of her father's brother clergymen. The clergyman had none of her father's amiability and his home was a cold, unhappy place. For over a year she had suffered it and then bravely decided that if she must make her own way in the world she would do so on her own terms.

She handed the Princess the opera glasses and sat down, surveying the sunlit sea and the graceful yacht gaining the harbour. She had made a life in a way that had exceeded her wildest imaginings. Monte Carlo and the rich and royal friends of Princess Natalya were a far cry from Sussex and the uneventful day-to-day happenings of rectory life.

âArrogant young cub,' the Princess said admiringly, her glasses fixed on the approaching yacht. âOnly Sandor would fly his family crest instead of the flag of his country. I can't see any females aboard which is strange behaviour for a Karolyi. Perhaps the rumours from Paris are true.'

âWhat rumours, Your Highness?' Charlotte asked with interest as the Princess handed her the glasses.

Charlotte raised the opera glasses and focused on the yacht as it skimmed past the headland and towards the harbour.

The sailors were busy preparing to berth. A white-suited figure leaned elegantly against the gleaming brass of the deck rail.

âIs that the Count, on the deck?' Charlotte asked curiously.

âIf he's handsome as Satan, then it's Sandor,' the Princess confirmed, her black eyes gleaming. âI shall tell Monsieur Blanc this evening that his Devil's Palace is drawing the attention of the Devil's spawn.'

Charlotte laughed. âYou must not tease Monsieur Blanc so. He takes great offence at the nicknames his family's casino has earned.'

âHe takes great offence at nothing that attracts more gold across his tables,' the Princess said practically. âThat is why he was so anxious the Nice-Menton road be completed. Now all the patrons of the German casinos will flock to Monaco.'

Charlotte was no longer listening. Her eyes were resting on the handsome figure of Count Sandor Karolyi. Oblivious of being watched, caught unawares, the passionate Slavic lines of his face were brooding and formidable, far younger than she had anticipated.

The sun caught on the lens of the glasses and flashed. Count Karolyi swung his head round, staring up at the pine-covered hillside and the golden stone of the villa, half-hidden among the trees. Her heart began to race. She knew it was impossible that he could see her, yet for one burning moment storm-dark eyes seemed to hold hers, grief and longing nakedly exposed to her gaze.

Slowly she lowered the glasses. â Is the Count â¦ Russian?' she asked hesitantly.

âHungarian. His cousin is Count Povzervslay, a devil of a very different colour. Sandor's crimes are all of passion. Povzervslay's are crimes of blood.'

Charlotte wondered if having a mistress take her own life was not a crime of blood also. Certainly Count Karolyi's eyes had been those of a man wracked by an inner hell.

The Princess reached out for the small silver bell on the trestle table at her side and rang it imperiously.

âChampagne,' she ordered the little maid who hastened to answer the summons. âAnd lemonade.'

The maid bobbed a curtsey and withdrew. The Princess smoothed an imaginary crease from the black silk of her skirt and adjusted the posy of Parma violets at her waist. âDo you have the residents list of the Hotel de Paris, Charlotte? Kindly read it to me.'

Charlotte withdrew a piece of embossed notepaper from her reticule.

âLord and Lady Pethelbridge arrived by carriage yesterday morning. Princess Helena is still in residence, as is the Countess of Bexhall, and Mademoiselle Floretta Rozanko has been joined by Mademoiselle Louise de Remy.'

âCocottes,' the Princess said disparagingly. â I'm surprised Princess Helena consents to stay under the same roof. Who else is here? I saw several carriages arrive from the direction of Nice late yesterday evening.'

The Princess sighed with satisfaction. âThen we must send a card to the Hotel de Paris and inform her immediately that we will be making her acquaintance. Have there been any departures? Has that dreadful Carlyon woman taken her tedious conversation elsewhere?'

âShe left this morning for Nice, Your Highness,' Charlotte replied, suppressing a smile.

Mrs Carlyon had been most deferential to the Princess, prudently losing whenever they had played bridge together. Her sacrifice had failed to curry favour. She possessed neither wit nor humour and as such was dismissed contemptuously from the royal presence.

The maid stepped out on to the terrace with a silver tray bearing a glass of champagne and a glass of lemonade. The Princess's black-gloved hand reached for the champagne. Despite the day's heat she made no concession to fashion. Black silk was worn, summer and winter, heavily ornamented by sumptuous jewels.

âI wonder,' she said thoughtfully, sipping her champagne, âif Monsieur Blanc will be able to persuade Mademoiselle Bernhardt to appear at the casino's theatre in the part of Phaedra? Such a performance would attract great attention and divert from the prominence the newspapers are giving to Monte Carlo's suicide rate.'

Charlotte felt the nape of her neck prickle. She had heard stories of the small, secret cemetery where those who had lost all at the tables and had taken their lives were buried unceremoniously under cover of darkness.

âI shall suggest to Monsieur Blanc that Mademoiselle Bernhardt gives a performance for our entertainment.'

Charlotte smiled and drank her lemonade. It was not an impossible request. The great actress had been at the opening of the gilt and gold Casino Theatre and had recited an impassioned prologue before hurrying to the tables and winning handsomely at roulette.

From where she sat Charlotte could see the tiled and pinnacled twin towers of the theatre and casino. The cream-coloured faÃ§ade gleamed golden in the sun. Beyond the casino, terraces ablaze with exotic flowers shelved down to the sparkling blue sea.

Her father would have disapproved strongly of gambling, but Charlotte could not. Though she had not the finances to gamble herself, she loved to accompany the Princess on her nightly visits to the casino. She loved the flamboyance and splendour of the red plush sofas and the huge rococo mirrors. Whenever she passed the entrance and the gilded statues of Nubian slaves clutching crystal candelabra, she felt a thrill of excitement and expectation.