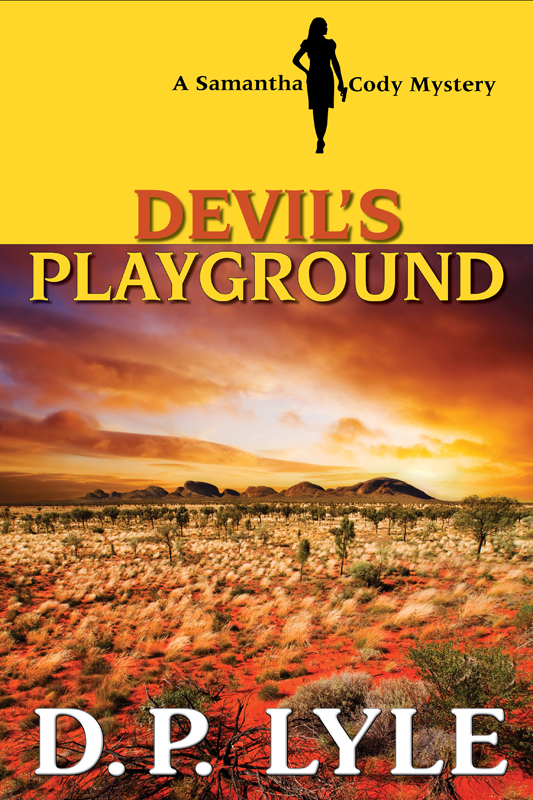 No part of this book may be used or reproduced in manner whatever without written permission from Reputation Books, except in the case of brief quotations embodied in critical articles and reviews. For information, contact publisher at [email protected]

This is a work of fiction. Names, characters, places, and incidences are either the product of the author’s imagination, or are used fictitiously, and any resemblance to actual persons, living or dead, business establishments, events, or locales is entirely coincidental.

This book would not have been possible without the help of many trusted friends. The members of my writing group: Roger, Ticky, Vicki, Anna, and Christina. My designated readers: Aunt Nancy, Janny, Jimmy, Bobbie, Hawk, Sparky, Tootie, Roxy, and Mikey, who had to pour over every draft because I know where they live. Nan, who gave me the time and freedom to pursue the madness of writing. Our late “kids” Squirt (1980-1997) and Mr. Punk (1984-2000), who helped with this story’s initial draft by kitty-walking on my keyboard, bathing in front of my monitor, playing with everything on my desk, driving me crazy, and making me laugh. I thank them all.

∙
About the Author
∙

...though now they lie groveling and prostrate on yon lake of fire...

James McElroy was into the sixteenth hour of the fifth day of his East Coast turn-around. The two Black Mollies he popped outside Gallup, New Mexico were on their downhill leg, no longer packing enough punch to keep him fully awake. Only two hours to LA. No sweat.

His back and shoulders ached from wrestling the eighteen-wheeler since sun up in Amarillo and his butt felt as though it had grown to the seat. He had made good time, 950 miles so far, and were it not for a shredded front tire near Tucumcari, he would be home by now. Instead, he faced another 130 monotonous miles.

He fired up a fresh Marlboro with the glowing remnant of the one he had lit seven minutes earlier and tossed the dead one out the window, creating a firefly wake, which quickly dissolved into the thick blackness of the desert night. He drained the last of the Wild Turkey in two gulps and dropped the bottle in the passenger side floorboard, where it clanked against its empty twin.

He yawned, rubbed his eyes with the back of his hand, and inspected himself in the rearview mirror. Two days growth, a thick layer of road dirt, and eyes, red to the point of bleeding, stared back. He curled his lip and ran his index finger across his front teeth, attempting to scrub the film from them. A dab of dried ketchup, left there by the greasy hamburgers he had picked up in Flagstaff, sat on his chin like a birthmark.

He also needed to piss. He should have stopped at King’s Truck Stop in Mercer’s Corner a couple of miles back. Whenever he made this run, he usually did stop there for a quick piece of pie and a caffeine jolt to carry him through the last two hours. Tonight, he had intended to, remembered seeing it as he flew by, but his mind must have been elsewhere. Where? He couldn’t remember. Probably concentrating on the white line that constantly disappeared beneath his left front wheel and seemed fuzzier with each passing mile.

He sucked down the last quarter of the cigarette, tossed the butt out the window, and grasped the gear lever. The engine whined in protest as he downshifted and the air breaks squealed and huffed, hauling the beast down from eighty-five miles per hour. He eased to the shoulder of Interstate 40.

As he stepped from the cab, a 20-mile-per-hour wind gust pushed the cold night air through his shirt, releasing an involuntary shiver. He snagged his jacket from the truck, slipped it on, and yanked open his fly. As he urinated, he wavered, the wind buffeting him more than his alcohol-sabotaged legs could handle, forcing him to lean against the truck’s door for support.

After unloading the Wild Turkey, he zipped his fly and inhaled the night air in a futile attempt to shred the cobwebs that clutched his brain. He yawned and climbed into the cab, where the smell of stale whiskey and grease wafted up from the passenger side floorboard. He gathered up the empty bottles and the hamburger wrappers and tossed them into the night. Slamming the truck in gear, he accelerated down the shoulder of the freeway, gravel flying.

After regaining the roadway, he snatched the CB mic from its dashboard mount. “Breaker 19. This is Big Dog, westbound, I-40. Need a smoky check.”

“Break 19. How you doin’, Big Dog. This is Gatorman outta Jacksonville, eastbound. All clear over my shoulder. Put the hammer down, Good Buddy.”

“Thank you, Gatorman. This is Big Dog, westbound and down.”

All clear. Maybe he could make LA in an hour and a half. The Peterbilt growled and the tires whined as he accelerated to ninety-five miles per hour. He wanted this trip to end, wanted to dump his load of gasoline in L.A. and get to Van Nuys where Lucy would be waiting with a warm shower and a warmer body. Christmas was still two weeks away, but maybe he'd give her the present he had bought for her tonight, rather than wait. She always looked good in black lace.

He massaged his stiff neck and yawned, wishing he had a cup of strong coffee to knock down the fatigue.

Soon, gravity tugged at his eyelids, tipped his head downward until his chin rested on his chest, and drew sleep into his brain. Warm, wonderful, welcome sleep.

The truck lurched as it slipped off the roadway, bouncing his chin against his chest, jerking him to wakefulness. He yanked the steering wheel to the left; the tires squealed, clutching the pavement. The truck wobbled unsteadily, and for a brief moment he thought he had lost it, but somehow managed to regain control. He gulped air while his heart did the Meringue in his chest.

Jesus, that was close.

Fatigue and somnolence evaporated as if a double espresso had been injected directly into his heart. He quickly recaptured ninety-five miles per hour, settled in his seat, and returned his concentration to the white line that led him toward L.A.

From nowhere, an unseen dagger of ice-cold pain penetrated his left temple, his brain, squeezing tears from his eyes. Through the windshield, the monochromatic night mutated into an explosion of color. The white line he followed remained white, stark white, but was now razor sharp, unwavering, as straight as a blueprint line.

The parade of red taillights, stretching before him, and the line of twinkling headlights, which delineated the eastbound lanes to his left, transmuted into smears of brilliant pastels like schools of tropical fish racing through a black ocean, their colors blending into long multicolored ribbons. Hot yellow, orange, and red fused with cool blue, green, and violet, creating a psychedelic cacophony of color in which each melted into the other while maintaining its own distinctiveness.

He blinked and shook his head. Surely, this was a dream. What else could it be? Panic swelled in his chest, but before it could take hold, it waned, sinking in the depths of the colors that swirled in his brain.

He scanned the pastel river before him, searching. For what? He didn’t know. He knew only that it was there and he must find it.

Panic returned with a surge of heat that expanded in his chest, whipping his heart into a gallop. His throat constricted as if snared by a hangman’s noose.

His focus shifted to the oncoming lanes to his left. Where was it? What was it? His gaze skimmed along the river of molten colors. It was there somewhere. He didn’t know how he knew it was, but he knew.

Panic and frustration smothered him. Sweat rolled down his forehead, into his eyes, as the heat within his chest swept outward, into his face, down his arms and legs. His blood felt like a boiling, bubbling cauldron. He wiped the sticky sweat from his face with his sleeve, then cranked down the window and sucked in the cold air in huge gulps.

There. That’s it. In the oncoming lanes. One pair of headlights, in the distance, neither white nor pastel nor fused with the tropical flow of color, but rather bright, crimson, penetrating, captured his gaze.

Alert, focused, he slid into the left lane and pressed the accelerator to the floor, hurling the churning Peterbilt forward.

One hundred, one hundred and five.

He moved to the right lane, passed a station wagon, to the left, nearly clipping a Cadillac.

One hundred and ten.

A Porsche swerved to the right to avoid being trampled, then waffled in the turbulence the truck dropped in its wake.

He aimed the truck off the road into the 100-yard-wide median that separated I-40 East and West. The truck bounced and gyrated over the rough terrain, eating the thick Creosote scrub brush and the low, round Burroweed in its path like a giant locust in a feeding frenzy. Cutting across a three-foot deep, fifteen-foot wide dry wash, its massive steel bumper ripped a twenty-foot Desert Catalpa Willow from its moorings and tossed it high into the night air. The driver saw none of this, his focus locked on the ruby headlights, now 800 yards away.

That corner of his brain where reason and sanity resided, screamed at him, imploring him to turn back. He wanted to veer away from the oncoming traffic, to slam on the brakes, to stop this madness, but he could not. His hands would not turn the steering wheel; his foot would not release its pressure on the accelerator.

As he neared the roadway, the oncoming cars, swerved, sped up, slowed down, locked brakes, anything to avoid the rampaging truck. McElroy ignored them, rocketing past, focused on only one, much as a cheetah gallops past easy prey to strike at the one Springbok that is most vulnerable. The one selected by some genetically imprinted template. The one that must be taken if the cheetah is to survive.

A similar need pulled James McElroy forward. He wanted to turn away, but the tenacious urge tightened its grip, squeezing his resistance into submission.

His target was now directly ahead, 400 yards. The truck climbed onto the pavement, brush hanging from its grill, like remnants from the jowls of some large carnivore after a successful hunt. A car swerved to the left, another to the right, catching the gravel shoulder, flipping over, sliding into the night in a swirl of dust.

A station wagon jerked sharply, too sharply, spinning off the pavement, tipping onto two wheels before coming to rest against a twenty-foot boulder.