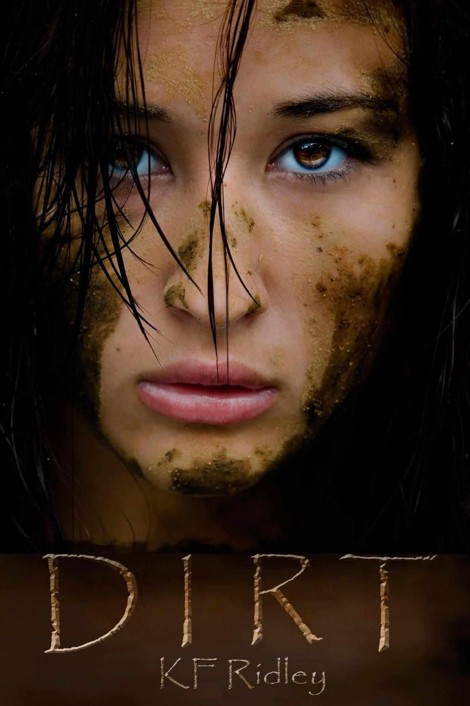 All rights reserved.
This book or parts thereof may not be reproduced in any form, stored in a
retrieval system, or transmitted in any form by any means without prior written
permission of the authors, except as provided by United States of America
copyright law.

The following is a work of fiction. Names, characters, places, and incidents are
fictitious or used fictitiously. Any resemblance to real persons, living or dead, to
factual events or to businesses is coincidental and unintentional.

Baby Jade, I love you so much.
You can read this when you’re older.
Dirt
Prologue

The only darkness I
’ve ever known is the tranquil night
that flows from moonlight. Now there is another darkness that
exists beyond my world of Darby; an evil that lies within the
hearts of beings where light cannot flicker.

I have a feeling things are about to change. Part of me
hungers for it; the other part fears my life may be the price. I
know this sounds crazy, but because of what I am, my life may
be a price worth paying.

He traces my shadow. I see his silhouette through the faintlytinted driver’s side window. Making my way off campus, I find
Highway 93. I push the pedal to eighty hoping to lose him, then to
eighty-five, then ninety. My hybrid is no match for the pristine ’67
Camaro. Hands trembling, I grip tighter to the steering wheel. I
look behind to see his iridescent black car rushing around each
bend. I try to out maneuver him. I can feel the vibrations of my
heart as I hold my breath. Although my dad would be upset, a
speeding ticket would really be nice at a time like this. Where is the
highway patrol when you need them? But if I get a ticket I’ll have
to explain to Dad why I’ve been driving like a maniac. That
explanation would cause a new set of problems.

My nerves unravel while the stranger trails one or two car
lengths behind. I change lanes several times and take side roads,
getting off and on the highway in an effort to lose him.
Is he trying
to kill me?
My skin tightens when finally the dark car drops off
somewhere down Tin Cup Road. Maybe I’m losing my mind, but I
know I’ve seen that car somewhere before.

Dad
’s car sits in the driveway, so I pull myself together before
I go into the house. I can’t let him see me upset.
I breathe in deeply as I lean over the kitchen sink. I never
thought my first week of college would be this nerve-wracking.
I see it sitting there on the kitchen counter, the glass full of
thick yellow muck where I left it this morning. I forgot to take my
daily dose. While I watch Dad from the kitchen window as he
buries another one of his secrets in the backyard, I chug down the
bitter medicine for my condition,“the condition” that doesn’t have
a name or a symptom. I try to keep from inhaling the horrid scent of
the homemade drug as it slides down with three huge gulps.
Dad walks in through the backdoor, unaware of his worn
appearance: a tailored button-down and wrinkled khakis with a
touch of dirt smudged on his knees. Without the dirtit isn’t Dad.
“Did you take your medicine?”
“Yeah, of course I did.” I roll my eyes. In a couple of weeks
I’ll be eighteen. I’m all grown up now, but he doesn’t get it. I’m the
one who takes care of him, but he doesn’t get that either.
“Ashe.” He lifts the empty glass with yellow film left on its
rim. “This was still sitting on the counter when I got home.”
“You didn’t ask me
when
I took it. Better late than never.”
“You can’t afford to forget, Ashe.”
I don’t know why I have to take that nasty yellow stuff he calls
medicine anyway. I’ve been drinking it for as long as I can
remember. Asking him why I need it agitates him. There isn’t
anything wrong with me. I take it to make him happy. Anything to
keep him from worrying. I’ve never forgotten a dose, but the
excitement of starting college has the better part of my mind.
“How’s school?”
“What?” I respond off guard still shaky from the ride home.
“Is everything okay?”
“Yeah…yeah, Dad. Everything’s fine,” I answer brushing him
off. I’m careful not to mention the black Camaro.
I start dinner and the bizarreness of the day begins to wear off
helping me calm down. After finishing the baked chicken and
mashed potatoes, Dad heads downstairs to his homemade lab in our
basement. If anyone ever found out about it he’d probably be
arrested. His lab looks like something out of a Frankenstein movie,
without the dead body.
Why couldn’t he be a normal father and
watch a ballgame on TV?
Glass tubes, flasks, pipes and bowls
move chaotically on his large stainless steel table. Cold, sterile,
metal panels cover the walls. He looks like a mad scientist with his
grungy
lab coat and extra-thick glasses. Busy, busy, busy.
Happiness meets him in his secret world of formulas and yellow
muck, a place I don’t think I’d care to visit.
During the day, Dad does research for a local pharmaceutical
company. I rarely ask questions regarding his work. The answer is
usually something I’d have to swallow later. Sometimes, he asks
me to help him when he’s working down in his dungeonous lab. If I
do ask a question, I get some crazy scientific explanation only he
and Isaac Newton could understand. I try to keep my curiosity
down to a minimum.“What I don’t know can’t hurt me,” I always
say.

As I prepare for the next day, I notice a beam of light charge
through my bedroom window. The pitch of darkness surrounds us.
No one drives down our road at night. Cars seldom travel down our
road at all, really. Besides ours, there are only three other houses in
the area, and they’re miles apart. I look outside and the moon fills
the sky as it gleams off something in the field across the street. A
rant of fear ices the chills that run down my back when I see the
black Camaro parked in that field. It would have been hard to
notice, but the fullness of the moon against the impeccable black
paint gives it away. The mystery of the stalker overflows my
curiosity and I push my fright away as I bite my lower lip. I have to
know who’s following me, watching me.

I run from my room and out of the front door. As he speeds
away, the high-pitched squeal of tires against the asphalt replace the
scent of evergreen with the stench of burnt rubber.

“Who was that?” Dad asks standing directly behind me.

“
I have no idea,” I answer as I stare down the dark empty road,
pretending to be oblivious.
“What are you doing out here? It’s late.”
“Just getting something out of my car,” I lie hoping to keep his
questions to a minimum. We
go back inside. I say whatever
necessary to keep the truth from Dad. Honestly, I don’t know the
truth at this point. This guy could be a serial killer.
As I lay in bed, I think how I miss the quietude of my previous
life, my life before The University of Montana. High school is over
and except for Taylie Winston, all of my friends have moved away.
Taylie and I have known each other since kindergarten. She’s the
best kind of best friend; the sister I never had. We do things
together, but she can also do what she wants with other people and
its okay with me. Jealously doesn’t figure into the equation of our
friendship.
Everyone else? Well, they couldn’t get away from Darby fast
enough. I don’t know what they’re looking for, but I love my safe
Montana home. The snowcapped mountains and evergreen woods
are breathtaking. I don’t think any place else in the world could be
half as beautiful. I have to admit sometimes I wonder what else
exists outside the world of Darby, but it’s easier to convince myself
to be content. Suppressing any thoughts of leaving home is the
logical thing to do.
Darby is a close-knit town. The fact that I don’t know this
stranger behind the windshield turns my blood to ice water. I want
my boring life back. I don’t do well with surprises. Predictability
and certainty are my favorite places.
My dad further restricts any thoughts of change. It’s always
been Dad and me. Sometimes he’s like a kid, helpless in some ways
and brilliant in others. Things would have been so different if my
mother hadn’t died during my infancy. He’s never gotten over her
death. For me, well, it’s hard to miss someone you don’t know. I
don’t have a single memory of her.
It’s not that I suffer a horrible existence with Dad. I love my
Dadand he’s been there for me as much as he could be. There are
some things, well, maybe a lot of things he doesn’t understand.
He’s a strange man; loveable, but strange. He’s scientific; I’m
artistic. He’s formulas and calculations; I‘m color and expression.
He has a Ph.D. in Chemistry and I’m majoring in Art. We have a
hard time relating to one another, but he needs me. Any dreams of a
life outside of Darby are strictly out of the question.
My creative expression is my saving grace and a place to
escape. Art fills a void an absent mother has left in me. I’m not
blaming her, because without her I wouldn’t be here, but I’m
resentful her death has left me with an identity of ambiguity.
I notice her picture on my dresser, a beautiful stranger, and her
intense teal blue eyes seeping through the picture with golden blond
hair draped across her shoulders like silken threads. Etched into the
mahogany frame is her name, Nuin. I know her only as my mother,
a stranger who gave me life. I’m not trying to sound indifferent, but
what I see in the picture is all I know of her.
Dad talks about my
mother
on very
limited occasions.
Sometimes, he doesn’t make any sense. He talks to her and about
her as if she’s still here. Anyone else would think his behavior
crazy and sometimes I do. I have to look really deep down to find
his sanity. With all the unexplainable things going on, I’m starting
to question my own.