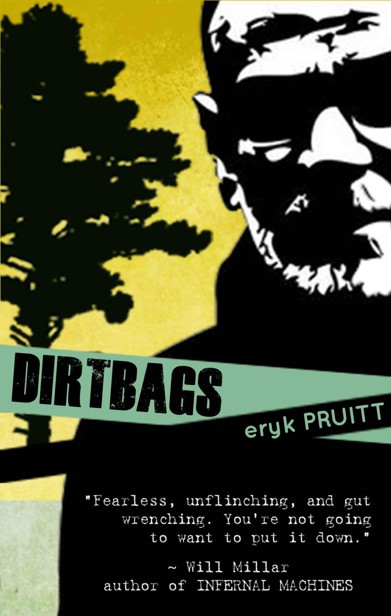 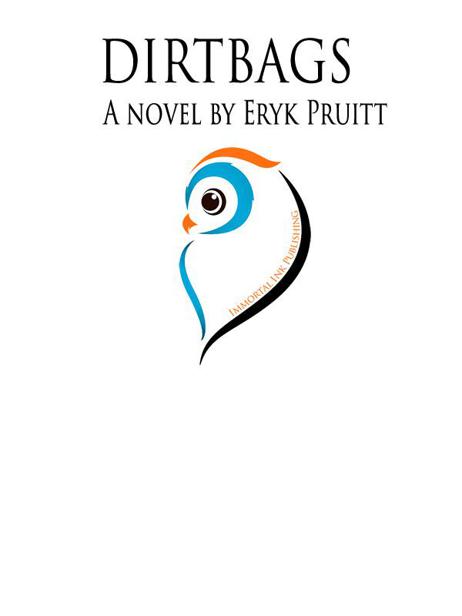 This is a work of fiction. Names, characters, places, and incidents are either products of the authors imagination or are used fictitiously, and any resemblance to actual persons, living or dead, business establishments, events, or locales is entirely coincidental.

The book may not be reproduced in whole or part, by mimeograph or any other means, without the permission of the publisher. Making or distributing electronic copies of this book constitutes copyright infringement and could subject the infringer to criminal and civil liability.

I love you to death

“Watch which way you turn:
take care you do not trample on the heads
of the forworn and miserable brethren.”
Dante’s Inferno
Canto XXXII

The woman had been at it since the moment Calvin Cantrell was let in the back door. Coughing. Wheezing. She sounded as if she might break a rib, she went at it so hard. He never saw her, no, she stayed in the far bedroom with the door closed, and her husband hadn’t let him past the small dining room just off the side of the kitchen. The place was a mess, and the shades were drawn, despite it being one in the afternoon.

Tom London must have registered Calvin’s interest because, after the fifth or sixth such outburst of coughing, he dismissed it by saying simply, “That’s my wife. Just ignore it.”

“Is she not well?” Calvin asked.

Calvin agreed, but the house wasn’t that big, so he could hardly get his mind off the racket in the back. He knew London’s wife, Reyna, and fancied her more social than this. She was a woman about town. She knew people. What few shindigs still happened in Lake Castor didn’t happen unless she was there, and the editors of the Society pullout in the weekly paper knew to take her picture. If they didn’t, London’s restaurant had a funny way of not running an ad for the next month or so.

So Calvin reckoned it odd, her not bustling about the house in her heels, serving pitchers of tea or margaritas, fussing over long neglected houseplants or even tending to the weak and sick German shepherd lying on a mildewed cushion in the corner. Or perhaps even wiping the tomato sauce stain from her husband’s shirt. He’d figure her anywhere but where she was: hidden away in the back bedroom of a drafty house desperately in need of tidying.

“I need you to understand that I’m serious about this,” said London. He made eye contact, but Calvin felt London was sizing him up. Calvin did what he could to hold his gaze, but after an awkward moment, looked away. “I wouldn’t ask this of just anyone.”

“I reckon it’s an honor,” Calvin said. “You done right by my wife. She’s had nothing but good things to say about you since you took her on at the restaurant. I appreciate that. I won’t let you down.”

London nodded. He kept eyes on Calvin a bit longer before patting him on the shoulder as if they were sport teammates or perhaps drinking buddies. He led him to a sofa cluttered with greasy toys. London took a seat without first clearing the way for his guest. Calvin, careful not to break anything for fear of its cost, gently moved the toys to a different spot on the couch and squeezed onto a cushion.

The wife coughed again. Calvin jumped in his seat. “Should we talk outside?” he asked, nodding toward the back room.

“Why?” asked London. “She won’t hear anything. And even if she does hear . . . ” He didn’t finish. To replace whatever thoughts he may have had, he picked up one of his son’s toys—an action figure—and examined it in his hand.

“I can see why you’d want her dead,” Calvin said.

“Your wife.” Calvin pointed over his shoulder. “I can see why you’d want her dead.”

London looked as if he’d just eaten a piece of bad chicken. “Not her, you idiot. My ex-wife. I want my
ex
-wife killed.”

Calvin thought it best not to say anything for a while, maybe let London take the reins of the conversation.

London looked at him a long moment, as if several thoughts flit about his head, and he wasn’t certain which to mind. A man not one to care about his appearance, he seemed comfortable enough staring with his mouth wide open. The dog’s wheezing behind them was the only sound in the house until Mrs. London coughed again.

London returned his attention to the action figure. “You remember these? From when we were kids? Not the garbage they’re watching and playing with now, but the original. The ones we grew up with.”

“They’ll reboot it every generation. Repackage and retool it, and our children’s children—our grandchildren—will love it and ask their parents to buy it. Our kids moaning about how it wasn’t like it was when they were little. It won’t bear the slightest resemblance to what we once knew. We’ll find it unrecognizable, or forgotten. But they will keep selling it. Making tons of money.”

“It’s tragic,” Calvin said. “Horrible. Some of my favorite memories are—”

“It’s far from tragic,” said London. “It’s impressive. They’ll make billions. You see, they have it all figured out. They understand that true value is having your shit copied and sold over and over. No less than a hundred thousand units. Brass ring.”

Calvin rebuked himself for not keeping quiet yet again. He put his hands in his lap and waited as London lighted a cigarette.

“Money,” London said. “You either earned it, or you didn’t. Lots of folk who didn’t earn it don’t give no mind to taking it from folk who did. Someone can work their tail off their entire life to save and earn, only to be a target for some law or loophole they didn’t see coming. They get taken for all their worth. Do you agree with that?”

Calvin did not. “Yeah, I suppose I can see it that way.”

London nodded. “I know you do,” he said. “That’s why I brought you here. I saw how hard you worked on Judge Menkin’s campaign. I was proud to know you.”

Calvin studied his shoes. The Menkin campaign was still a touchy subject. “I was only a volunteer,” he mumbled. “And I didn’t stay on for the entire thing. I was—I left before the end.”

“Your wife told me about some of that mess,” London said, nodding. He exhaled blue smoke, adding to the cloud already forming and hanging in a thick haze about the room. “That’s too bad. You had real spirit on that campaign. You can’t translate spirit like that.”

Calvin said nothing. The German shepherd whimpered and tried to stand, but, as though thinking better of it, lay back down on the pallet, whining sweet and pathetic.

“There are two kinds of people in this world,” London said, changing the subject. “Those who earn money, and those who don’t. My ex-wife falls into the second group. She’d rather feed off what somebody else earns. Bottom-feeding. The only thing she’s ever contributed to this world is my son.”

“She was Jason’s mother?”

As if he’d been slapped on the nose, London made a sour face. A small rage slipped into him. “She gave birth to him,” he said. “She’s not his mother.”

As if to answer, Reyna coughed again, this time so violently that she damn near rattled the walls.

“She’s a junkie,” London said. “I’ve exhausted every legal resource. Lawyer bills are getting me. I’m trying to run a restaurant. You know how hard that is in this economy? Not just here in Southern Virginia, but it’s tough everywhere.”

London continued: “I don’t have time for it. I don’t have the money. And she’s coming after my son now. The junkie wants custody.” He took a deep breath, exhaled slowly. He did his level best to calm himself. “The only thing I care about is my son.” He turned the action figure around in his hand, then realized the cigarette between his lips had burned too long. He tried carefully to maneuver it to a soda can without toppling the ashes, but failed. A long finger of ash fell to the carpet, and he stared after it a moment longer than Calvin thought necessary. Finally, he rubbed it into the carpet with his foot until nothing remained but a grey smudge.

“No one comes between me and my son.”

“She went to Dallas.” London sat straighter. “She’s in a rehab. That’s how I got custody of Jason. And now, for some reason, she thinks she can—” He stopped again. He put his head in his hands.

“If it’s too difficult—”

“This will be easy,” London said. “Easiest money you’ll ever make. Don’t overthink it.”

His wife coughed, gagged a little.

London went on: “You drive to Texas. Don’t fly. You get there, you find her, and you kill her. Take her stuff, her wallet. Make it look like a robbery. A drug deal gone bad. Leave drugs lying around. Cops won’t investigate a junkie’s murder. Let’s not give them reason to.”

“Not a problem,” Calvin said. The dog’s collar jingled behind him and, surprisingly, the German shepherd leaned and wobbled, eyeballing him. Calvin stuck out his hand, but the dog couldn’t care less.

“He’s blind in one eye, part-blind in the other,” London said. “And he lost his sense of smell a couple years back. I’d have him put to sleep, but my son loves him.”

“Any particular way you want her killed?” Calvin asked.

London looked around his house incredulously. “What does it matter? I want her killed dead, that’s how. Shoot her, stab her . . . run her over with a car. I don’t care. I just want her dead. The kind of dead that don’t wake up. What does it matter?”

“It matters quite a bit,” Calvin said. “The Green River Killer liked to strangle women with fishing wire. Son of Sam shot them with a gun. There are all kinds of ways to do it, and since I haven’t chosen how I would do it, I reckon I’ll allow you to offer a suggestion.”

London’s eyes squinted to slits. He took a half-breath and held it. He dropped the cigarette into the soda can. “Why do you say things like that?”

“Level with me.” London leaned forward on the sofa. Brought himself close enough to Calvin so he could whisper. “Tell me you ain’t crazy. I heard lots of talk, but I want you to settle it for me right here and now.”

“I ain’t crazy,” Calvin said. His face burned a mess of fire. He rubbed his cheek. “I just aim to make something of myself, that’s all. There’s little else to do since the mill closed, and whatever there is, I reckon to be the best at it. One day I found myself in deep hatred of a fella, then another day, there was another fella. Pretty soon I realized I hated more people than I cared to admit, and maybe hating was something I was good at. Now I aim to see if there’s a living to be made of it.”

London looked like a man stuck. His jaw taut, but his mouth agape. He hemmed and hawed but in the end, pressed onward.

“This is very simple,” he said slowly. “You kill her however you see fit. I don’t need to know about it. When you get back to Lake Castor, don’t come to the restaurant. Not even to see your wife. Got it? When she turns up dead, they’ll have some questions, and I don’t want us linked. As soon as it’s safe, I’ll get you your money. Hear me?”