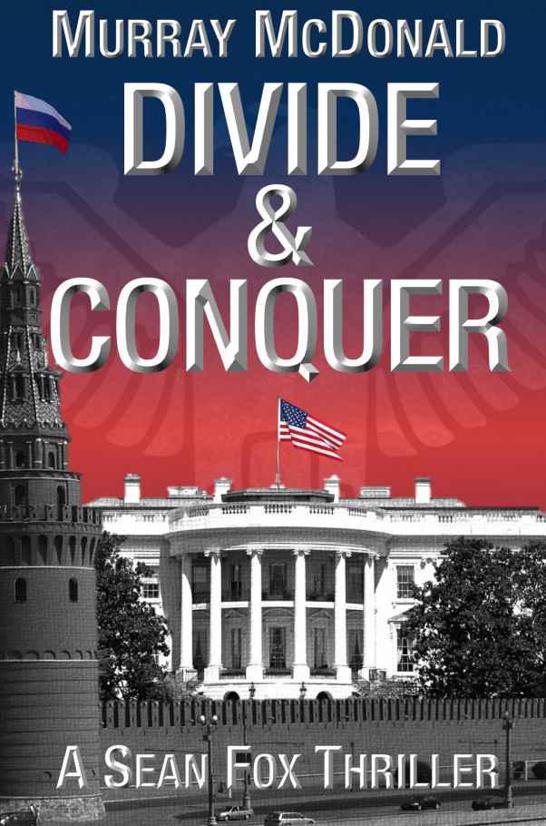 All rights reserved. This eBook is licensed for your personal enjoyment only. This eBook may not be re-sold or given away to other people. If you would like to share this book with another person, please purchase an additional copy for each recipient. If you’re reading this book and did not purchase it, or it was not purchased for your use only, then please return to Amazon and purchase your own copy. Thank you for respecting the hard work of this author.

This is a work of fiction. Names, characters, places, and incidents are products of the author's imagination or are used fictitiously and should not be construed as real. Any resemblance to actual events, locales, organizations or persons, living or dead, is entirely coincidental.

Other Books by Murray McDonald

The crinkle underfoot sent a shiver down his spine. The wall-to-wall plastic sheeting was a sinister addition to the hotel room décor. Sean reached for his gun but was too late. The club landed at the base of his skull and sent him crashing to the floor.

He opened his eyes and looked straight into the eyes of his boss. Fat Jake Lombardi, the Texan drug lord, stared back. The disappointment in his eyes was evident. Sean, his bodyguard, had failed him.

Sean counted at least six Mexicans in the room where he and Jake were gagged and bound by the ankles and wrists to the legs and arms of their chairs.

He watched helplessly as the disappointment in Jake’s eyes turned to panic. Jake struggled wildly against his bindings as an ear splitting scream filled the room. Sean turned his head as far as he could in an attempt to see what Jake was looking at, just in time to see the final breath of Jake’s other bodyguard. Sliced from navel to throat, it was not a pleasant sight, particularly as he was the only other person in the world who knew where they were and was, in effect, their last hope.

Once a month, they had crossed the border into Nuevo Laredo and met Jake’s Mexican supplier without incident. Up until they had stepped onto the plastic sheeting, everything had been exactly as normal, even down to the suite they always used. It was normally the highlight of the month. Once the cash had changed hands, the Mexican supplier would arrange for a number of young and beautiful Mexican women to join them and celebrate the deal.

Sean watched the Mexican who had just slit his friend wide open, wipe his blade on his trousers and walk towards him and Jake, with a grin on his face.

“Gentlemen,” he offered, in a heavily accented voice, the G almost an H. “I need some information.”

Jake nodded his head frantically. The sight of one of his bodyguards lying cut wide open in front of him was more than enough persuasion. The five other Mexicans and their automatic weapons didn’t even figure in Jake’s equation. The Mexican with the knife was a lunatic. Jake had watched him lick his lips and smile as he worked the razor-sharp knife through the bodyguard’s torso.

Jake talked for his life. The Mexican listened coolly as Jake detailed the route used to move the drugs across the border and his distribution network beyond. He offered assistance on an ongoing basis should they require it and offered up Sean as an excellent operative. Even detailing his credentials - martial arts expert, ex Special Forces and CIA Special Operations Group operative. The Mexican looked at Sean with interest, an eyebrow rising as Jake detailed Sean’s accomplishments as a highly trained killer.

When Jake finally stopped talking, the Mexican turned to one of the other Mexicans and received a nod and a “ I have it all, El Jefe.”

Sean knew that 'El Jefe’ meant 'The Boss’, which was pretty evident in any event; the rest of the Mexicans were extremely deferential to the knife-carrying Jefe.

El Jefe looked into Jake’s eyes and smiled before turning around to face Sean. As he turned, he swept his hand around and, almost as an afterthought but with total disdain, he slit Jake’s throat from ear to ear. The razor sharp knife sliced through the bone and cartilage as though they were paper and Jake’s head lolled back, barely clinging on to the body.

Sean’s stomach churned at the horrific sight before him and struggled to hold down its content. He had to stay strong. El Jefe raised his knife and slit Sean’s bindings, first at the ankles and then at the wrists before removing the tape from his mouth. Sean inwardly thanked Jake. His sales pitch had worked after all. Sean stood up at El Jefe’s behest and was relieved when the men were instructed to lower their weapons and remove the two bodies that were cluttering the room.

Sean remained stationary as Fat Jake’s body, together with the other bodyguard’s body, was tossed unceremoniously into the bathroom, also joining their old Mexican supplier’s body.

“So, you’re ex-delta Force?” asked El Jefe, once the room was finally cleared.

Sean realized he had to show his mettle and replied forcefully.

“Yes,” he said, pulling himself up to his full 6 foot 3 inches and pushing out his powerful and muscular 46” chest. The Mexican stood a good 4 inches shorter but was an intimidating figure in his own right. His face was battle hardened and his white t-shirt strained over the muscles underneath, revealing the toned physique of a man in his prime. The sprays of red that now decorated the crisp whiteness of the t-shirt added to his manic grin and evidenced the deranged killer within.

“I was GAFE myself!” he offered.

Sean looked at him blankly.

“Mexican Special Forces,” he explained angrily, realizing that Sean had not understood what he meant.

Sean watched as the five other Mexicans backed up and created space in the room. El Jefe stepped back and spoke to his men in Spanish so quickly that despite understanding enough Spanish to get by, Sean caught little of what was said.

“I was just saying,” he said, in his heavy accent. “That should you beat me in a fight, my men will let you go.”

Sean raised his hands. “Wait a minute, there’s been some mistake here!”

El Jefe was done with talking and threw the first punch which he was surprised to land as he had expected Sean to deflect it. Sean took the punch on the chin and rocked backwards. El Jefe spun and delivered a roundhouse kick, again to Sean’s head. Sean fell to the floor.

El Jefe screamed in frustration. As a champion fighter, he thrilled at the competition but so far, the ex delta Force soldier was putting up absolutely no fight. On hearing Jake’s description of Sean’s exploits, he had been excited at the prospect of a real fight, something he had not had for years. Of course, he was well aware of Sean’s background. The operation to take over Jake’s drug business had been well planned and his companions’ and bodyguards’ histories checked. El Jefe knew all the details of Sean’s illustrious background, his decorations, his work for the CIA, his martial arts trophies and championships. What he had not known were the stories that Fat Jake had told of Sean’s exploits, the details of his missions and they had just added to the anticipation of the fight he would have, to the death, with one of America’s greatest warriors. It was not by luck that Sean had been spared and the other bodyguard slaughtered, it was by design.

El Jefe looked down as Sean struggled to recover from the two blows that had floored him. The anger welling inside him, he had spent the last week training night and day for this moment and the warrior lay at his feet like a sniveling child. Sean struggled to his knees and again raised his hands in an attempt to stop the fight.

El Jefe had had enough. He pulled out a knife from its sheath and advanced on Sean. His men called him El Jefe but everyone else called him El Carnicero, 'The Butcher’ and Sean spent the next six hours experiencing just how skilled El Carnicero was with a knife. El Carnicero had once managed to keep a man alive for ten hours and by that point there had been little left but torso and head. Fortunately, Sean’s heart stopped beating after six hours when he could take no more.

As he walked into the Immigration Hall, he breathed a sigh of relief. The queues were minimal. To the surprise of his fellow travelers, he selected the US Passport Holders’ line and began to think of the hotel suite that awaited him. After six months in Afghanistan, living and breathing like a local, all he could think of was a steak, a bath and a shave. The much-needed haircut would wait until later.

The shout from the immigration officer brought him one step closer.

“Good morning,” he replied, handing over his passport. His American accent surprised the official.

As the official swiped the passport, a look that did not equate to a welcome home crossed his face.

“Is there a problem, Officer?” he asked, suddenly aware of exactly that.

“No, Sir. Just routine,” lied the officer as two of his colleagues approached the passenger, having been alerted the moment the passport had been swiped.

He felt the two colleagues before he saw them, each grabbing an arm.

“Would you mind coming with us please, Sir?”

The question was rhetorical; the grip on his arm and the guiding motion allowed for no other option. A locked room awaited, with three chairs, one table, one camera and four blank walls. After thirty minutes of sitting facing two empty chairs, the door opened and two men entered the room. One was middle aged and held himself half-heartedly, shuffling into the room as though it were the last place he wanted to be. The other was younger, brighter, more alert, larger but moved like a man half his size. The older guy was the man, thought the passenger.