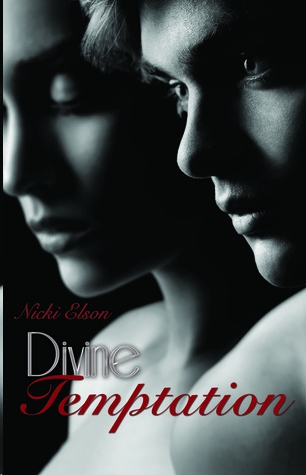 This book can only be dedicated to John Wharem,
without whose encouragement, wisdom, and honesty
this story may have never made it
from my imagination into words.

C
LAWED
F
EET
L
ANDED
W
ITH
A M
UFFLED
T
HUD
atop the January snow. His balance was instantaneous. Surveying the still forest around him, he watched the pale morning sunlight filter through the bare branches, illuminating nothing but the trees, the forest floor, and him. All active life had vanished from the area moments before his arrival. To joggers along the perimeter of the preserve, the distant ruckus of fleeing animals had registered only as a minor disturbance to the music blasting through their earbuds. His entry point was good.

He shook the white crystals from his talons and stepped through the snow. As he walked, his true form mutated, adapting to the world he had entered. By the time he reached the edge of the forest, he looked like any other man, complete with a pair of black dress shoes, a wool overcoat, cashmere scarf, and fedora. His power in this world had become such that all he had to do was think it, and it was his—for such minor details, anyhow. But acquiring what he truly desired would take more finesse.

The streets along his short walk to the historic part of town were already alive with cars pushing through the slush, carrying their contents to work. It was a new year—time for humans to get back to the old routine and make more money. They had Christmas bills to pay off, after all. His mouth twisted into an unpleasant smirk. This time he wouldn’t fail. This time they’d practically beckoned him forth.

He reached downtown Prairie Oaks, and as he traversed its sidewalks, a glass door swung open in front of him. Along with the earthy aroma of coffee drifted something else. He halted his steady gait and swiveled his head to peer inside. Shooting through the collection of people, his gaze landed on two women. Both of them were middle aged; one was modestly plump while the other was of a leaner build. The latter was the one he sensed. There was nothing in her appearance to set her apart from anyone else—thick waves of caramel-colored hair ending just below her shoulders, medium complexion with a dusting of makeup over straight, long features—but there was no mistaking that she could suit his purpose.

While he watched her laugh and talk with her friend, the door swung shut and then open again. This time he detected something new amid the warm air seeping out from the shop, something exceedingly unwelcome. He shuddered and moved on. He had plenty of time; there was no need to jump on the first possibility to present itself…particularly if that possibility came mixed with complications.

Sharon’s eyebrow shot up as she sipped her grande chai.

“In my dream. Last night,” Maggie explained and then added, almost to herself, “I don’t know why I keep thinking of him as an angel.”

“Yeah.” Maggie’s eyes narrowed as she strained her memory. “He was standing in my bedroom, across from the bed, next to the dresser. He was just…watching me.”

“Fluffy wings and no shirt on?” Sharon prodded hopefully.

Maggie laughed. “No! He was fully clothed—sorry to disappoint you. And how do you possibly manage to turn talk of an angel into something perverted?”

Sharon shrugged. “A gift, I guess. Besides, you’re the one who brought him into your bedroom.”

“I didn’t bring him anywhere. It wasn’t real.”

“Your subconscious brought him there. It wants a man, darlin’.”

“It wanted rest. And it didn’t conjure a man. It conjured an angel.”

“Whatever.” Maggie lifted her coffee to her mouth and scanned the room. She was hardly going to engage in boy talk. Not at the age of thirty-eight. Not when divorced. And certainly not with two kids, including a thirteen-year-old daughter who was dangerously close to plunging into the world of dating herself.

Sharon sneered at Maggie’s obvious closure of the subject. “Well this rots. You’re my single friend, you know? I’m supposed to get to live vicariously through you, but all you ever do is go to work at that church and run your kids around to practice and lessons and whatnot. Now you finally have a sex dream and you’re going to clam up on me.”

“It wasn’t a sex dream! Honestly, Sharon, can’t those first weeks after the divorce last you for a while longer? I gave you plenty of vicarious action then.”

Sharon smiled. “That you did, my friend. That you did. But those were just sleazy flings. I’m ready for some romance now. Let’s find you a nice, handsome bloke that’ll sweep you off your feet.”

“Already happened. His name was Carl Brock, remember? And we all know how that turned out.” Maggie searched for a change of subject when Sharon frowned. “So how’s the Fun Fair coming along? Which committee did you get roped into this year?”

Sharon rolled her eyes and plunged into a diatribe about the grade school PTA, the invariably overeager newbie mothers, and the impossibly small budget and limited time frame. “But I’ll tell you one thing,” she added, “we sure do miss your mad decorating skills.”

“Oh please. Do you think the kids even care about the decorations? As long as there are fun games and prizes and popcorn, they’re happy.”

“Well,
I
liked your decorations.”

“Thanks.” Maggie stuck out a teasing tongue.

“And I suppose you decked the hell out of those Catholic school hallways this Christmas, eh?”

Maggie took a long sip of her coffee and shook her head before gulping it down. “Nope. I’m out of the PTA business.”

“What? The PTA junkie has gone cold turkey?”

Maggie laughed. “I guess it was sort of an addiction. Heaven forbid I simply join a committee—I had to run it. And I couldn’t just do the job. It had to be done better than it ever had been before. These days I still clip box tops and bake brownies for the classroom parties once in a while, but mostly I keep my focus on my job in the parish office and stay out of the school’s affairs. It’s healthier for all of us.” She glanced at her watch. “Oh gosh, I’d better get going.”

“Yeah, me too.” The two women stood and pulled on their coats, and then Sharon gave Maggie a big hug. “It was great seeing you, kiddo. Let’s not let so much time go by again, huh?”

Maggie returned the squeeze. “You’ve got a deal. Tell Reggie and the girls I said hi. I’m so glad Katie and Kirsten have kept in touch.” She turned to unsling her purse from the back of the chair and froze in place when she caught a glimpse of someone behind the coffee shop’s counter.

“I…nothing.” Maggie slid her purse strap over her shoulder and headed to the door.

Sharon got there first and positioned herself to block Maggie’s way out. “Bullshit nothing—what did you see?”

Maggie knew her friend well enough to be sure she’d cause a public scene rather than miss out on the dirt. “Fine. But don’t you dare say one word to him.”

Sharon’s mouth curled into a wicked grin at the word “him.”

Keeping her back to the counter, Maggie jerked her head to gesture in that direction. “The tall, sandy-haired guy behind the counter looks just like the angel from my dream.”

Sharon looked over her friend’s shoulder. “That’s a chick. And I wouldn’t call her tall. Or dream worthy.”

“What?” Maggie turned but didn’t see the guy she’d spotted a few moments earlier. “He…he must’ve gone into the back room or something. Can we get out of here now? I’m going to be late.”

“I’m not—Oh, forget it. We are so not meeting
here
next time.” Maggie pushed past her friend and waved a mittened hand as she made her way down the slushy sidewalk to her car.

While she navigated her SUV through the morning traffic, she thought about how nice it had been to see Sharon. Maggie was still on friendly terms with a few other moms from Madison Elementary, but Sharon was the only one who’d stayed steadfastly by her side and never treated her any differently throughout the divorce. Most of the other women had avoided eye contact after the news first broke. As unpleasant as that reaction was, Maggie found she preferred it to the awkward pity hugs and well-intended condolences that had occasionally come her way. Even worse were the women who’d looked her directly in the eye while a sneer played underneath their false smiles, delighted that Maggie had finally proven herself less than perfect.