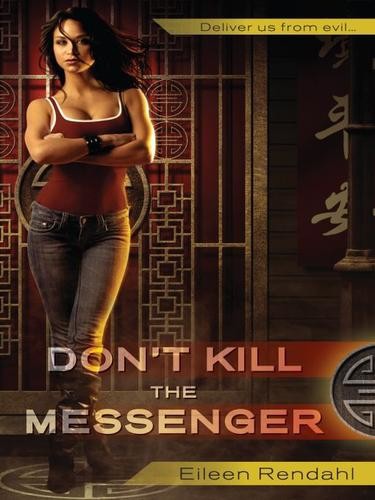 One of them slammed on the point of my chin with his open palm while making these fast shoving motions with his hand, and I literally saw stars.

I looked around for a weapon. Something. Anything I could use to smack somebody or to shield myself with. There was nothing, not even a stick.

Another one spun around and kicked me in the kidneys, which I so did not appreciate. I need those things, you know?

I considered trying to kick one of them where it counts, but the truth is that most guys will protect that area fast and they know how to do it, too. They’ve been doing it since about third grade when the little girls realized that was a weak point on all the little boys.

It was at about that moment, however, that I dropped Alex’s manila envelope. One of the guys behind me swooped in and scooped it up. He held it aloft and then, just as quickly and as silently as they had seemingly dropped out of the sky and attacked me, the ninja dudes took off, and I was left, empty-handed, staring after them with blood dripping from my bottom lip.

I hate it when that happens.

No part of this book may be reproduced, scanned, or distributed in any printed or electronic form without permission. Please do not participate in or encourage piracy of copyrighted materials in violation of the author’s rights. Purchase only authorized editions. BERKLEY
®
SENSATION and the “B” design are trademarks of Penguin Group (USA) Inc.

To my real life heroes:
Alex, Andy and Ted

So many people contribute to the creation of a book in different ways. There are many people to thank for many different reasons. I’m sure I’m only scratching the surface here. Many thanks to my agent, Pam Ahearn, who no longer turns a single well-coiffed hair when I tell her I’ve got an idea for something new. Thanks to Leis Pederson for giving this book a chance. Very special thanks to Alesia Holliday, who has lent her helping hands in more ways than I can count. A truer friend cannot be found. Thanks to the Werearmadillos and the Tiny Killer Bees for emotional sustenance in good times and bad. Thanks to Carol for spinning backstories for characters and to Spring for always being willing to hammer out plot points. Thanks to Adam for giving me the idea for the start of the book and helping me find places for the end of the book and for creeping me out ever so slightly with how quickly he came up with a place to hide a body in downtown Sacramento. Thanks to Stacy Desideri for helping me choreograph fight scenes. Thanks to the real Alex, Ted, Ben, Sophie, Melina and Norah for lending their names (and I swear nothing else) to characters. Thanks to my darling Andy for always being willing to suspend disbelief to help me figure out how best to play with my imaginary friends.

I STOOD IN THE EARLY MORNING SUNSHINE OUTSIDE SACRAMENTO City Hospital where I work my second job as a night filing clerk every Sunday through Thursday night of the whole blessed year (including holidays because I get paid double for those). I stretched my arms, breathed in deep through my nose and then nearly coughed my lungs out my mouth as the fumes from the ambulance bay mixed with the scent of freshly poured blacktop and damn near choked me.

“Gotta watch that breathing thing,” a voice said behind me. “It’ll kill you.”

If only it were that easy. I turned. His voice hadn’t surprised me. I’d known he was there within a few seconds of walking out of the hospital and onto the sidewalk. I can’t quite describe what it’s like. It’s not like a smell or a sound. It’s more like a vibration, like a buzzing that I feel in my flesh, a lifting of the hair on the back of my neck. A bit of a tingle.

To be fair, that wasn’t the only thing that tingled and buzzed when he was around. Knowing he was there had a way of sending electric shocks up my nerve endings and down to places that a lady doesn’t mention in public.

I wasn’t sure exactly why he wanted to risk being out here after dawn had broken on the horizon, but that was most decidedly his business and not mine. As long as I stayed in the sun’s path, it was bound to stay that way, too. I inched a little farther from the shadows.

The he in question was Dr. Alexander Bledsoe. Dr. Bledsoe was six foot two inches of broad shoulders and thick chest and long legs. He had thick black hair with a touch of gray here and there that he wore swept back from his face and a little tousled. I’d never gotten close enough to touch it and see if he had product in it or if it was just naturally hella sexy. I certainly didn’t plan to get that close now. Getting close to Alex could be dangerous, even for me.

His eyes were the rich brown of the dark chocolate roux my grandmother uses as the base for her jambalaya, and he invariably had a touch of stubble no matter what the time of day. Basically, every time he walked through the corridors of the hospital, he left groups of nurses, techs, support staff and a few patients swooning behind him, female and male. Not me, though. I’m not the swooning type. Plus, as I mentioned, I keep my distance from the not-so-good doctor. That doesn’t meant I didn’t notice, however. Dr. Bledsoe was very hard not to notice.

He was also a vampire.

On the face of things, being a vampire and an emergency room doctor might seem incompatible. Not so. Dr. Bledsoe had easy access to blood pretty much whenever he wanted it with no questions asked. No one even had to die. People showed up at his doorstep and spurted blood all over him. If you were an accountant, that wouldn’t happen. At least, not literally. Generally, it didn’t happen in lawyers’ offices either. Not in schools or most offices. Dentists may get a little blood but not in nearly the quantity that it sprays around even the tamest emergency room, and how many dentists do you know who only work nights? Nobody at Sacramento City questioned Alex’s strange hours, weird sleeping habits, pale skin or generally antisocial behavior. He was an attending, after all. Honestly, given the perks, I don’t understand why all vampires don’t become emergency room doctors.

Oh, yeah, there’s that pesky caring-about-people thing. Most vampires fall pretty short in that category in my personal experience. Of all the things that go bump in the night that I have to consort with in my “day” job, vampires are among my least favorite. They give me the heebie-jeebies, even Dr. Hottie McHottster with the ever so chilly skin standing over in the shadows right now. I’ll take a troll over a vampire any day, and you have no idea how bad the average troll’s breath is. They are totally not into good oral hygiene.

Granted, my experience isn’t terribly vast at this point. I’m twenty-six. I wasn’t sure how old Dr. Bledsoe was. It’s really hard to tell with vampires. I’d guess in the three- to five-hundred-year range. Practically a baby, when it comes to bloodsuckers.

He dropped a manila envelope to the ground and kicked it toward me. It slid out of the shadows where he stood and into the sunlight a few feet from me. It looked innocuous enough. I’ve learned over my short but eventful years, however, that looks can be deceiving.

“What is it?” I asked, without making a move to pick it up. “And where is it supposed to go?”

“It’s nothing. Just something that came through the ER that I thought Aldo should see.” He looked from the envelope to me with one eyebrow raised, but he didn’t move from where he leaned against the textured concrete wall. His sliver of shadow had narrowed a bit, but if he noticed, he wasn’t showing it. Then again, what did I expect? It wasn’t like a vampire was going to sweat.

“Aldo?” I kicked the envelope back to him and felt a minute tingle in my foot. Aldo de la Tarantarina was the nominal head of the loose association that governed the local vampires. He was not my favorite person. He wasn’t even my favorite vampire. He’s officious, slimy and a little bit poncey to boot. Vampires give me the heebie-jeebies. Aldo gives my heebie-jeebies goose bumps. Besides, I don’t usually do vampire-to-vampire hand offs. No one needs me to do them. One of the main reasons anybody needs a Messenger is to take things between different groups that don’t get along.

Northern California is a melting pot. Or a tossed salad. Or whatever they’re calling it these days. Everybody on earth came here, especially in the 1800s with that whole Gold Rush thing. With them, they brought their own gods and their own demons and everything in between. The place started to get crowded. Then, when you put a lot of prey in one place, the predators—like vampires and werewolves—come along, too. A lot of these groups don’t get along. That’s where I come in, generally. If a werewolf, who typically won’t be able to stand the smell of a vampire, needs a message sent to a vampire, I’m the go-between. With the emphasis on

The Mystery of Rio by Alberto Mussa, Alex Ladd
The Year of Taking Chances by Lucy Diamond
Wilderness Target by Sharon Dunn
The Wolf of Wall Street by Jordan Belfort
The Girl Who Fell From the Sky by Simon Mawer
The Riviera Connection by John Creasey
Darconville's Cat by Alexander Theroux
A Highwayman's Honor: (A Highland Highwayman Novella #1) by Michelle McLean
Las Vegas Noir by Jarret Keene
Web of Evil: A Novel of Suspense by J. A. Jance
Our partner