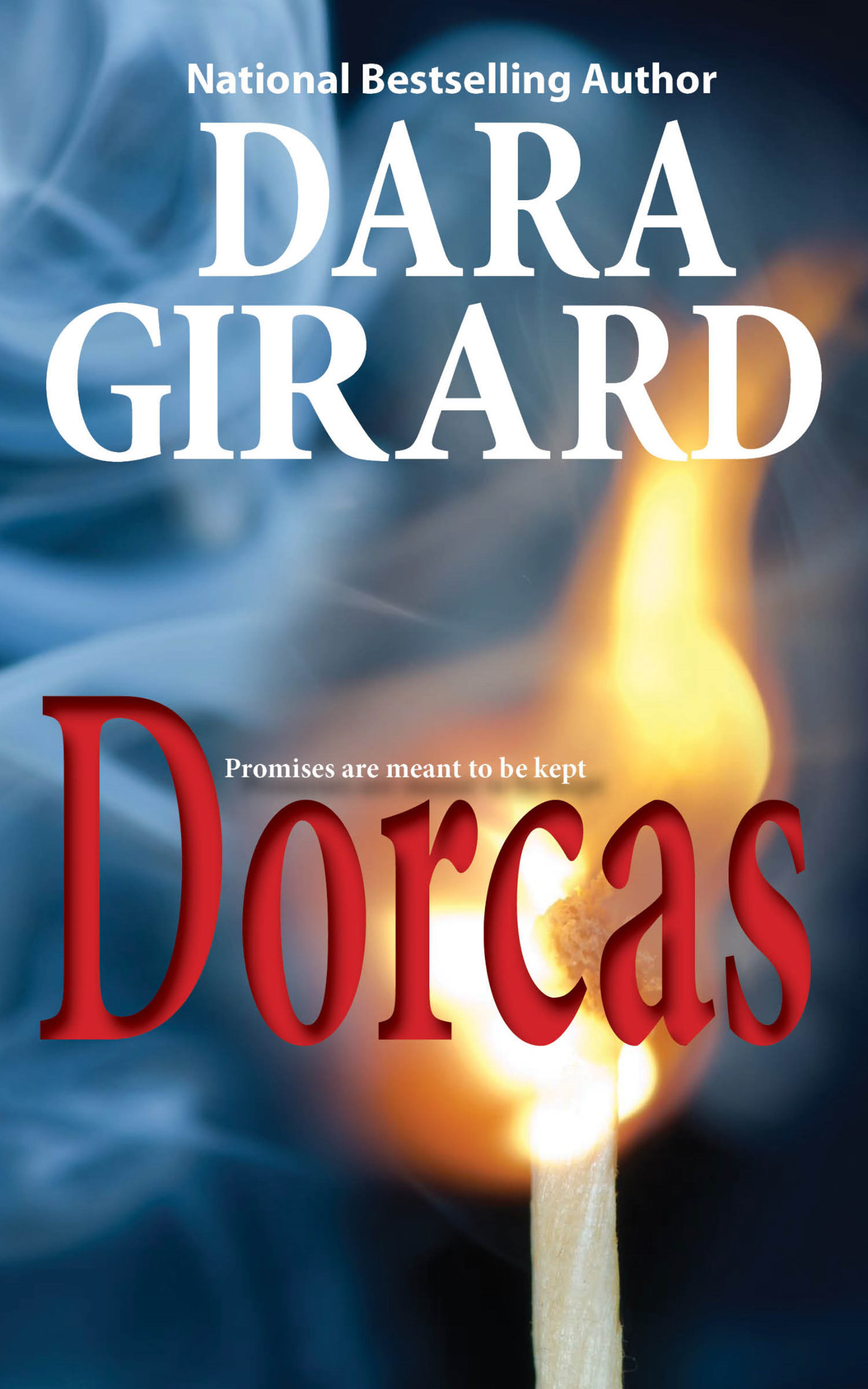 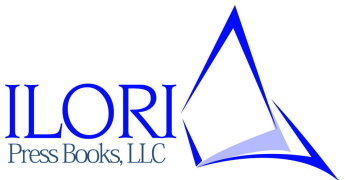 All rights reserved. No part of this work may be reproduced in any fashion without the express written consent of the copyright holder.

Everybody knows that Dorcas Mortag burns everything she touches. If you want your house to still be standing you wouldn't let her set foot in your kitchen. She could burn water if given the chance. But she was never a bright woman—not thick mind you, just not brilliant. I don’t say this to be mean. I say it because it’s true. I found out how true it was when I made a foolish promise to her over forty years ago.

Secrets are hard to keep. I know. I've never been able to keep one, which is why people don't tell me things and I don't want them too. I have plenty of my own business in which to manage and I don't have time for someone else's mess cluttering up my mind. Promises are also hard to keep, but, unfortunately, easier to make. That's what got me into trouble. I’d made a simple promise a long time ago, never thinking much about it until I was asked to honor it.

It was little comfort that I wasn't the only one who'd made this promise. We were three girls of twelve when we made our binding vow. I remember it was a rainy day in Port Antonio. My mother had gone to the shop and I was looking after my little sister when Dorcas, Aletta and Terry stopped by.

Dorcas wasn’t much to look at, although she was best friends with her opposite, Terry, who had looks that had turned heads since the age of five and she had wealthy parents. Terry was cheery, small and kind. Dorcas was big and sweet. On the other hand, our friend, Aletta, had a face that looked like a truck had backed over it several times. People whispered that she’d come into the world crying and had never found a reason to smile. She was usually irritated or miserable, but she was clever and helped us with our homework, which was the main reason why we kept her in our circle.

They came to my house because I had the most space and adults were not usually around. My mother was always working. I didn’t know where my father was--or to be honest
who
he was--and my uncle, who had a room down the hall, was always leaving some woman’s bed before her husband showed up. That day, aside from the light patter of rain, I remember the smell of fish fritters and sorrel juice I’d made for my sister. Aletta sat and lit a cigarette.

I snatched it from her and stomped it out. “Yuh mad? You can’t smoke here.”

“Mi sorry,” she said not sounding sorry at all.

I didn't let her attitude bother me as long as she didn’t dare try to smoke again. My mother could smell the residue of anything—liquor taken from her cabinet, another woman’s perfume on her boyfriend’s shirt and
definitely
cigarette smoke in her prized sitting room.

“I want you to do something for me,” Dorcas said. She had a sweet voice like pink candyfloss or an ice lolly. She could make you forget that sometimes what she said made no sense. “I want you to promise to lie for me.”

Aletta scrunched up her face. “Lying is a sin.”

“Not all lies,” Dorcas said.

“You should never lie.”

I folded my arms and glanced at the bag where Aletta hid her cigarettes. “What do you tell your sister when her fags go missing?”

“That's the same as lying.”

“Why promise to lie for you?” Terry asked Dorcas before Aletta could challenge me.

Dorcas lowered her voice as if she were sharing a secret. “I want you to promise me, just in case I do something bad.”

I laughed. “You’d never do anything bad.” Out of the four of us, she was the least likely to get into any trouble.

We looked at Aletta.

She frowned. “What do we have to lie about?”

Dorcas smiled and then her face grew serious and her gaze slowly went around the room as if assessing us. “You have to keep the lie or else.”

Aletta sniffed. “Or else what?”

She was a silly girl, but so were we and very dramatic back then. We’d read several English classics that told of undying loyalty and they added some adventure to our dull, ordinary lives. “We'll keep it,” Terry said. Aletta and I nodded.

Dorcas' smile returned. Then she took out three marbles and held them in the palm of her hand. “I’ll give one to each of you when I want the promise kept.”

When I think of it now, I don't know whether to laugh or cry. How silly it was that we’d later do something so dangerous for a promise and a ritual of receiving a marble we'd discussed as children. I quickly forgot about it. I was sure all of us did. I was wrong.

After that rainy day, our thoughts turned to boys and dreams of leaving Jamaica. Well three of us dreamed about it, Aletta never did. She thought it was the height of foolishness and a waste of time. None of us saw her leaving and for years she didn’t. She ended up working in town as a teacher at a private school. However, the rest of us did dream. Terry said a sailor would come and whisk her away. Instead she married a clerk who took her to England and she had two children.

Dorcas did once say she’d marry a man who’d take her off the island far away to England. And surprise, she did finally meet some man who’d said he’d take her. He was a good worker, simple, but kind and I’ve nothing against that. She was so happy, boasting how he was going to take her to Cambridge and how much she’d learn there. But the Cambridge to which he took her wasn’t the one in England. It wasn’t even close. It was in Massachusetts. Yes, he took her to America. She never did see England. None of us had thought of going to America, a place where they mangled the English language so much so sometimes one wasn't sure they were speaking English at all.

I married too. A man who took me off the island and settled us in Canada. I was lonely, I admit it, and the gray days settled heavy on my soul, but I loved my husband and our growing family.

Terry kept in touch with all of us. She was like the glue that tied us together. Her letters were always a welcome sight in the post box. She was so full of life, we didn’t expect the cancer to take her so quickly. Her husband was unable to cope, and her parents were dead and none of her siblings wanted two extra mouths to feed, leaving her two little ones all alone. Dorcas offered to take them in, even though she'd been newly married. Lucky for her, her man didn’t mind.

In the seventies, my husband's job took him to Virginia where I reconnected with Aletta. She'd married and divorced. She never mentioned her ex-husband and I never asked. Two years later Dorcas and her family moved to Maryland and we had a reunion. We gathered at my house because I still had the best food and the perfect space. I felt as if nothing had changed and half expected Terry to come through the door. And, for one brief moment, I thought she had when Deena, one of her daughters, came to greet me and then the other one, Lois. They both had their mother's beauty and kind, cheery nature.

Dorcas also had two little girls Michaela and Teresa—not pretty mind you—but sweet. She did dress all four girls as if they were princesses and doted on them. Her husband did too until him up and die on her only twenty-five years into the marriage. Fortunately, he left them enough money, which allowed the girls to educate themselves and find proper men to marry. Terry's two girls had no problem and both married right after college. It took another decade for Dorcas' eldest daughter to do so, but she did at last. Her younger daughter had a devil of time finding the right match (I even considered my own son for her, but my husband laughed at the idea). She was not only plain but shy, her mother prayed for a man to see her for who she was and she eventually did catch one. A fine looking man.

Aletta was sour, as usual, at the wedding. “I don’t like him eyes,” she said.

She always said strange things like that. “His eyes are fine,” I said, wishing that Dorcas' daughter could have made a prettier bride.

“Then why him look 'pon the bridesmaids instead of the bride?”

I didn’t know what to say. Michaela looked so happy and I was glad she was spared the lonely state of being single. A woman should marry. And if the man can be handsome that’s good. “Don't make up stories.”

I ignored her and looked at Dorcas. She glowed. Six months later that glow was gone. I'd spotted her in a local shop and waved, but she looked right through me. I walked up to her and nudged her.

“Deena, is worried about Michaela and I haven’t heard from her either. I have to see what’s going on.”

“She calls me every week and we come here. Last time she told me she was sick and I asked if I could go see her and she said no. This time she didn’t call.”

“No, something’s not right. That’s not my daughter.”

Dorcas didn’t listen to me. “Come with me.”

Michaela lived in a lovely colonial house. Her new husband made a handsome income. It still surprised me that such a plain girl could have gotten herself a man who was both handsome and well off. But she was a good soul, so I was happy for her. What I didn't like was the garden, it was choked by weeds and I know Michaela wouldn't have allowed that to happen. Dorcas knocked. It was few moments before someone came to the door.

“Who is it?” Michaela asked.

Michaela seemed to hesitate then she opened the door.

I screamed first then her mother after me or it may have been the other way round, I'm not quite sure. But I do know that when I saw Michaela's face I let out a sound I didn’t know I could make. I couldn't recognize her. And at that moment we knew that the fine looking man with a slow smile had a quick temper. He'd kept that temper well hidden. No one knew about it until that day.

Michaela looked around like a frightened mouse, pulled us inside and closed the door. “What do you want?”

“What happened?” I demanded.

Michaela lowered her gaze. “I was clumsy.”

We knew that was a lie. She may look as dull as dishwater but she had the grace of a swan. “He did this to you?”