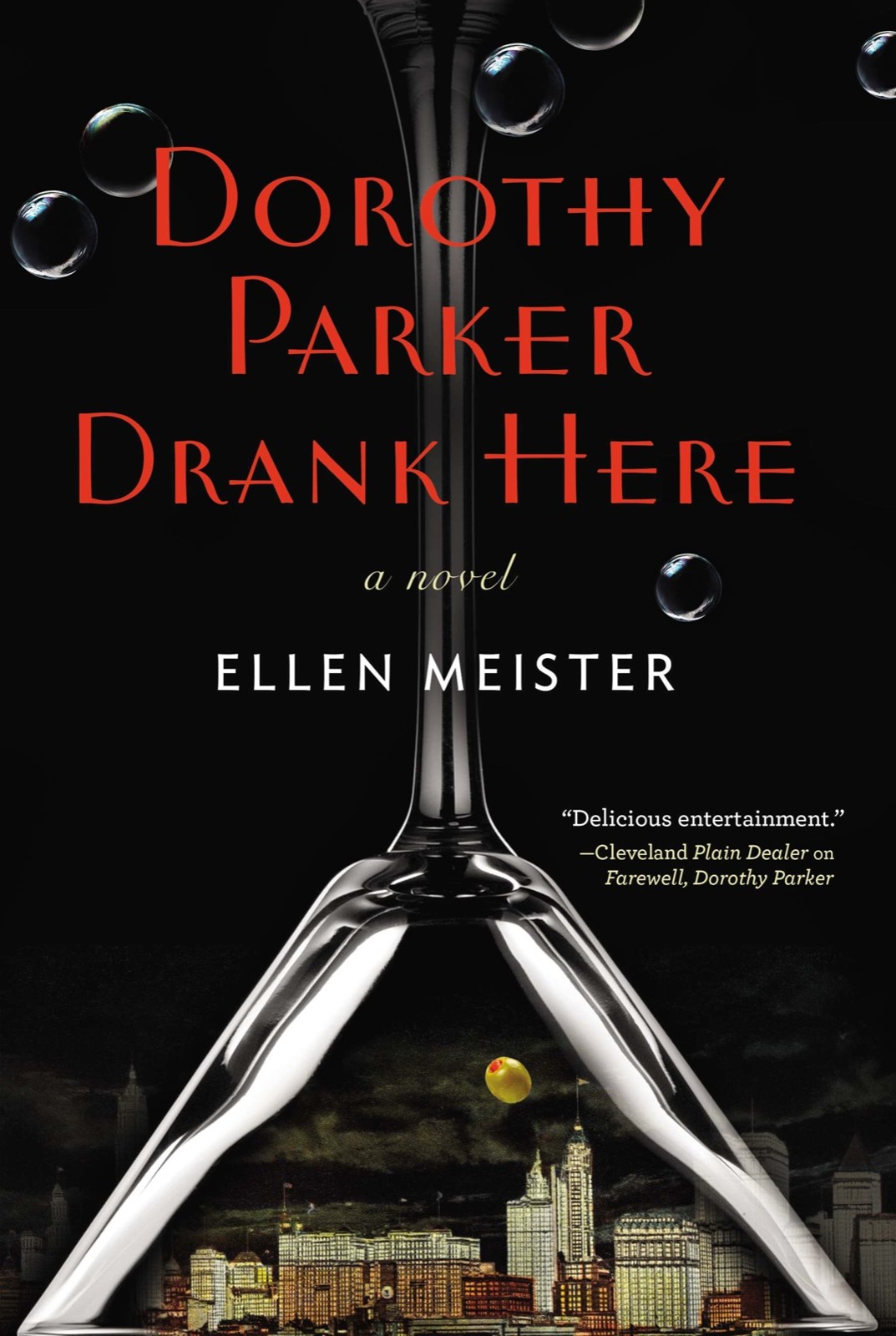 Secret Confessions of the Applewood PTA 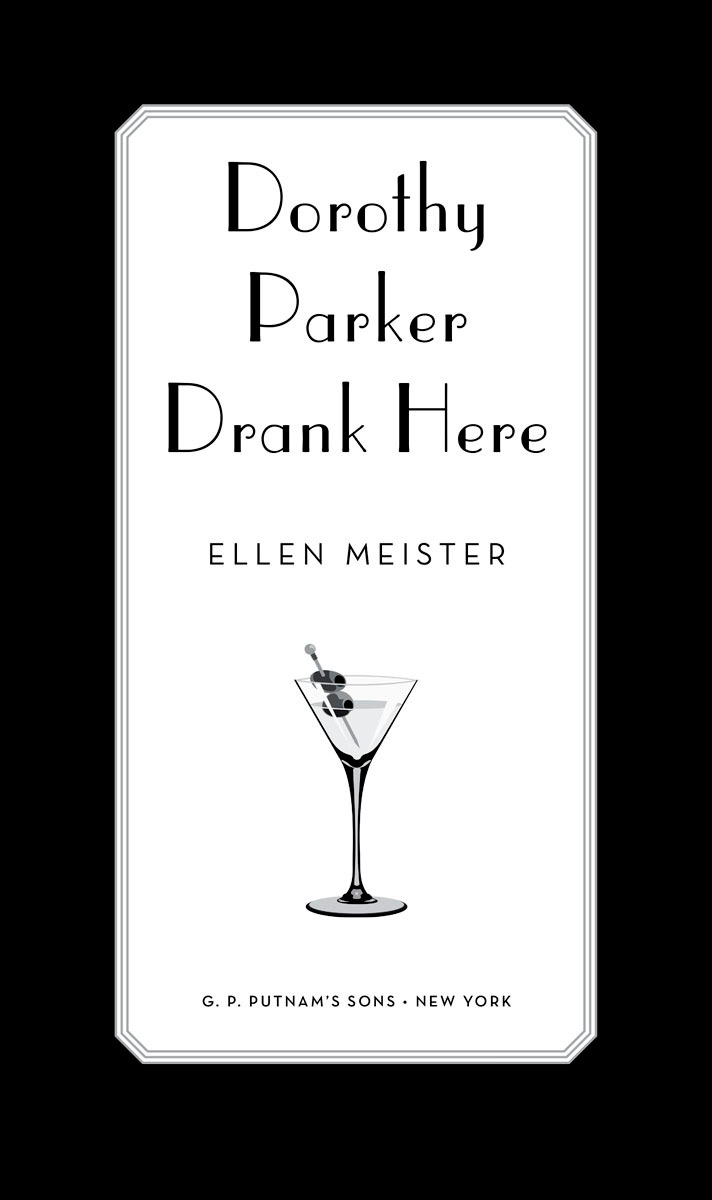 This is a work of fiction. Names, characters, places, and incidents either are the product of the author's imagination or are used fictitiously, and any resemblance to actual persons, living or dead, businesses, companies, events, or locales is entirely coincidental.

In loving memory of

who still inspires me every day

“She is a combination of Little Nell and Lady Macbeth.”

At least that's how it felt to Dorothy Parker. One minute she was aware of a terrible pain radiating from the middle of her chest, and the next she was floating in a warm, brothy bath, where everything around her hovered at the same temperature as her body. She couldn't tell where she began and the world left off.

Then she saw itâthe white light. For a moment, she felt the pull, but caught herself in time. No thank you. Eternal happiness was simply not what she was cut out for. She would stay right here, wherever that was, and let darkness overtake her.

As if awaking from a dream, she opened her eyes to discover she was in the dimly lit tavern of the Algonquin Hotel, alone except for a familiar silhouette at the barÂ .Â .Â . and that damned white light hovering overhead.

“Mr. Benchley?” she said, though she would have known that full-cheeked profile anywhere. As usual, his hair was well oiled and his mustache neatly trimmed.

“I've been waiting for you.”

Dear, dear Mr. Benchley. She took a seat next to him, where a fresh gin and tonicâher drinkâwas on the bar before her.

“How I missed you,” she said. He was the most loyal friend she had ever known.

He looked at her, his eyes as tender and pained as ever. “I missed you, too,” he said.

“Am I dead?” she asked. Everything seemed so solid, so real.

“Afraid? I daresay it's about time. Cheers.” She drank her cocktail and it felt exactly as it always did. How could this possibly be death? She had expected nothingness, a black eternal sleep. But perhaps this was the true heavenâsitting at a bar with her closest friend. She avoided looking into the light.

“Where's Gertrude?” she glanced around to see if his wife was lurking nearby.

“Yes, of course,” Mrs. Parker said. “Where else would she be? Saint Gertrude Aquinas. Lecturing the angels, no doubt.”

“She was a good woman, Dot. Better than I deserved.”

She took a quick glance upward. “I'll take good care of him, Gertrude!”

“She's been waiting patiently for me,” he said, placing a hand on her arm.

He stared at her, his expression fixed. “She's my wife.”

“But think of it, Fred,” she pleaded, using her nickname for him. “Eternity is a long time.”

“That's why I didn't mind staying here until you arrived. I knew the years would seem like a moment.”

He shrugged, a wistfulness passing over his face. “We had a lot of good times here.”

“Strange,” she said. “How did we wind up in the Algonquin?”

“Remember that book we signed for Percy?”

She did. When Percy Coates, the hotel manager, had asked them to sign the special guest book that was supposed to offer eternity, he'd been so earnest they'd laughed but humored him. “So it worked. I'll be damned. Where are the others?”

“Everyone from our group is gone,” he said, nodding toward the white light.

“The little shits. They couldn't wait for me?”

“Woollcott and Broun were here when I arrived. Then Ross showed up and later Mr. Sherwood. We had fun for a time, but they all wanted t
o go.”

“Did they ask about me?”

He smiled as if he knew she would ask. “Of course. It wasn't a real party without you. We all thought you'd be here any day. Who knew you'd outlive us all?”

“There are other signatures in the book, and I suppose they'll pass through. But they weren't in our crowd.”

“My damned luck. Always late to the party.”

“Finish your drink,” he said, “and we'll go together.”

“That's more or less the idea.”

“Leave if you must,” she said. “But I'm staying right here.”

He looked up, his tight brow softening as if in a trance. When he looked back at her, his eyes were wet. “Love. Can't you sense it?”

She waved away his comment. “Where did love ever get me?”

“This is different. Your parents will be there.”

“Never cared for them.”

He took her hand. “Alan is there.”

“Did you have a head injury? Why would I want to reunite with my husband?”

“You loved each other.”

Mr. Benchley massaged his forehead and thought. At last he nodded and looked back into her eyes. “He was in a lot of pain, Dot.”

He stood, finished the last sip of his drink, and put down his glass. “I've been here a long while. It's time for me to go.”

She shrugged. “Go, then. What are you waiting for?”

“You sure you won't change your mind?”

He shook his head. “You'll be lonely.”

She held up her drink. “That's what this is for.”

Mr. Benchley kissed her on the forehead. “See you around, pal,” he said.

Just then, she heard the high-pitched yip of a small dog and looked down to see a familiar poodle trotting toward her. “ClichÃ©!” she cried, remembering he had been in her lap when she signed the book, and that when Percy wasn't looking she had pressed his paw onto the last page. If she was going to hang around for eternity, she had reasoned, she would want his company. How perfect that it had worked. She bent over to scoop him up.

“Look, Fred!” she cried, but it was too late. Mr. Benchley was gone.