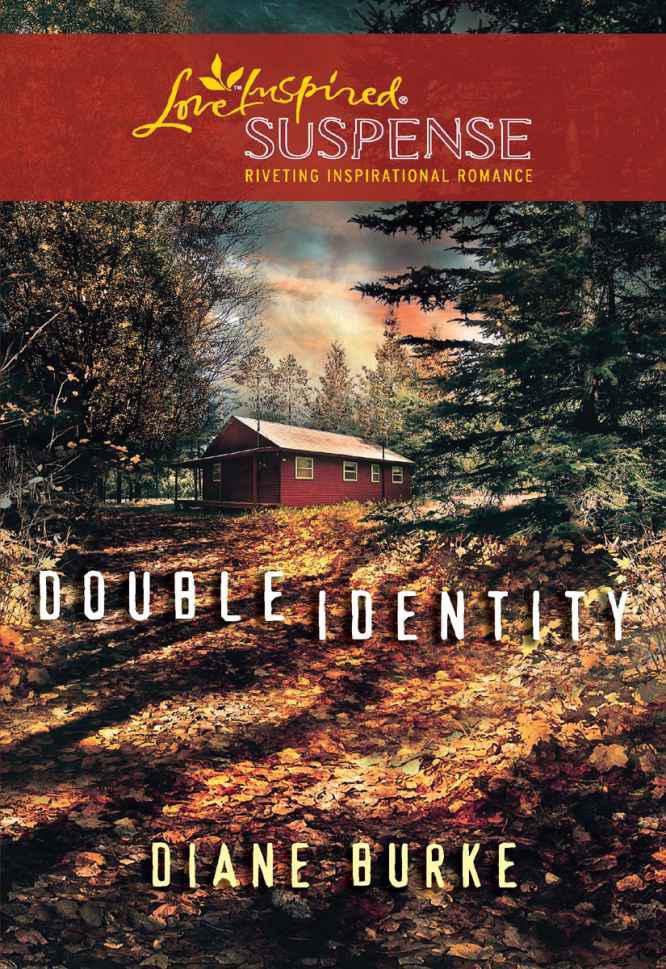 “Do you have anything else that might indicate your father’s true identity? Maybe an entry in a family bible or a name on the back of a photograph? Anything at all to give me a place to start?”

“What about the cottage?” He leaned forward and rested his forearms on the desk. “You said it had been in your family for years. There must be legal documents to prove it. A real estate title, for one.”

Sophie shrugged. “Maybe. Like I told you, we’ve owned it for as long as I can remember. I have no idea if there are any papers to prove it. I just figured possession is nine-tenths of the law.” She held up an object in her hand. “I have the key.”

A smile danced across her lips and Cain’s heart skipped a beat. There was something about her, a vulnerability hidden beneath resilience, a shyness buried beneath determination, that drew him to her.

He’d promised himself never again—never get emotionally involved with a woman connected to one of his cases. He’d learned his lesson the hard way and had vowed never to repeat it. This unexpected empathy he felt was unsettling.

is the mother of two grown sons and the grandmother of three wonderful growing-like-weeds grandsons. She has two daughters-in-law who have blessed her by their addition to her family. She lives in Florida, nestled somewhere between the Daytona Beach speedway and the St. Augustine fort, with Cocoa, her golden Lab, and Thea, her border collie. Thea and Cocoa don’t know they are dogs, because no one has ever told them. Shhhh.

When she was growing up, her siblings always believed she could “exaggerate” her way through any story and often waited with bated breath to see how events turned out, even though they had been present at most of them. Now she brings those stories to life on the written page.

Her writing has earned her numerous awards, including a Daphne du Maurier Award of Excellence.

She would love to hear from her readers. You can contact her at [email protected]

Be humble and gentle.

Be patient with each other, making allowances for each other’s faults because of your love.

To Michele,
a wonderful and warm new addition to our family.
You had just the right touch of enthusiasm,
encouragement and gentle prodding
to keep me at the keyboard.

a special thanks to Vincent Gimmelli,
nephew of my heart, who let me borrow his name.

“A
ccording to this report, Miss Clarkston, you do not exist.”

Cain Garrison looked up from the file folder lying on his desk. He had to admit he was intrigued. It had been quite a while since anyone had contracted his private investigator services for anything more than getting the goods on a cheating husband or following up on insurance fraud. Usually, it was so quiet in the small town of Promise, Virginia, that he found most of his work in neighboring counties or in the city of Charlottesville.

Tapping his index finger on the folder, he said, “Your birth certificate and social security card are phony.” His eyes locked with hers. “Okay, I’ll take the bait. Who are you really and what do you want from me?”

He leaned back in his chair and studied the petite young woman sitting in front of him. If he had to guess, he’d say she was in her early twenties. Thick ebony hair covered her shoulders and trailed down her back. She wore a T-shirt, jeans, sneakers and little, if any, makeup. But then she didn’t need any.

She squared her shoulders. He might have bought into her calm-and-collected facade if he hadn’t noticed her ramrod straight posture as she perched on the edge of her chair and her white knuckles from the tight clasp of her hands.

“My name is Sophia Joy Clarkston but everybody calls me Sophie. I was born twenty-two years ago to Elizabeth and Anthony Clarkston. My mother died in a car accident shortly after I was born. My dad raised me.” Her lips pursed in distaste and she nodded toward the folder on his desk. “I don’t care what lies are written on that piece of paper. I know who I am. I need you to find my dad.”

Ahh, the plot thickens.
Cain tried to hide the smile pulling at his lips. This must be his sister’s idea of a prank. He’d been complaining lately about being bored. Voilà. Phony case that she knew he’d salivate over. Okay, he’d play the game. Why not?

Sophie chewed on her bottom lip and nodded. She smoothed her jeans, picking at pretend lint, trying unsuccessfully to hide her nervousness.

“Adults aren’t usually considered missing, Miss Clarkston. My experience has taught me most people leave of their own volition, mostly because they’re just tired of being where they are or with the people around them. How long ago did your father disappear and what makes you think this qualifies as a missing person case?”

“He’s been gone two weeks now.” She rummaged in the tote bag resting at her feet and withdrew a white piece of paper. “I received this letter a couple of days after he left.”

Cain reached across the desk and accepted the letter from her hand. He knew from the crinkled and stained condition of the paper that the note had probably been crushed into a ball, tossed in the trash, only to be rescued, folded and put away for safekeeping. If the variety of stains meant anything, he was pretty sure this note had hit the trash can more than once. Whatever the contents, one thing was evident. This letter had created a seesaw of emotions in this woman.

By the time you get this letter, I’ll be dead.

Cain shot a look to Sophie. Sea-foam green eyes shimmering with an ocean depth of emotions stared back at him. Maybe this wasn’t a prank. He focused his attention on the paper in his hands.

Sophie studied the man’s face as he read the letter—again—for the third, maybe fourth time. His chiseled features revealed none of his thoughts or emotions. For all intents and purposes, it was easy to pretend he was one of her sculptures. An inanimate object, consisting of carved angles and sharp edges, incapable of emotion.

Unless, like herself, he’d learned how to bury those emotions.

She’d read the letter at least a hundred times in the past two weeks. It still had the power to make her feel like someone was physically ripping her heart out of her chest. What had her dad been thinking? Why hadn’t he confided in her? Trusted her? Maybe she could have helped him.

A flush of anger swept over her. Didn’t he know how frightened and worried she’d be at his sudden disappearance? How could he have done this to her? Just as quickly she was filled with remorse. She shouldn’t be mad at him. Obviously, he wasn’t thinking clearly. He was in trouble. Desperate and feeling alone. Pretty much like she was feeling right about now.

Sophie steadied her trembling hands. She needed to stay levelheaded. She refused to believe her dad was dead. If he was, she’d know, wouldn’t she? There’d be a huge, aching void where her heart had been. Instead, all she felt was pain, fear and confusion.

He had to be alive. Nothing else was acceptable or comprehendible. She had to find him before his words came true.

She drew in a deep, calming breath and tried to remain patient while the investigator continued reading. His body language indicated he was intrigued by the document in his hand. Subtle movements. Chewing his lower lip as he read. Fingers drumming a steady rhythm against the arm of his chair. A slight squinting of his eyes, fanning lines across his skin. How many times was he going to read the letter? She could recite it for him if he wanted. She knew each word by heart.

I am enclosing this gift as a token of my love.

Sophie’s hand flew to the hand-carved wooden heart hanging around her neck. Her fingers traced an idle path along the intricate design.

I know you don’t understand why I left without a word. But for your safety, I could not tell you then and don’t dare tell you now.

For my safety? Mine?

They’re coming. I must hurry and say good-bye.

I am ready, princess. I am ready to go on that last great adventure each one of us inevitably takes.

Just know that I love you…with all my heart.

Her breathing quickened and her eyes flew to Cain Garrison. Was he going to take the case? She didn’t know what she’d do if he turned her down. Would he be able to help? She’d tried everything she could think of and he was her last hope. She fidgeted in her seat. How much longer would he sit there staring at that rotten piece of paper that had caused her nothing but sorrow and anger?

Dear Lord, help me be patient. After all, I’ve had time to digest this nightmare. This man’s had about six minutes.

Sophie brushed her hair off her shoulders, letting it fall in waves down her back, and sat straighter in the soft leather chair. She could almost hear her dad’s scolding voice from childhood. “Sophie Joy Clarkston, what’s wrong with you? You’re full of itches and twitches, girl.”

Sophie chewed on a fingernail and thought about the last time she’d seen her dad. After a late dinner they’d sat together on the front porch, listening to music, gazing at the stars, sharing idle conversation. She’d kissed him good-night and gone up to bed. The next morning she’d found a bag filled with money—a huge sum of money—lying on the table by her chair. He was gone. Without warning or word of any kind. Until two days later when the letter had arrived in the mail.

Miles To Go Before I Sleep by Jackie Nink Pflug
Chronicles of a Space Mercenary 0: Tanya by Ronald Wintrick
Easy Death by Daniel Boyd
Aligning Stars (Fate's Intent Book 1) by Bowles, April
The Solitary Billionaire by Trixie J Belle
Able One by Ben Bova
The Complete Symphonies of Adolf Hitler by Oliver, Reggie
SEAL's Embrace by Elle James
The Truth Against the World by Sarah Jamila Stevenson
The Captive of Kensington Palace by Jean Plaidy
Our partner