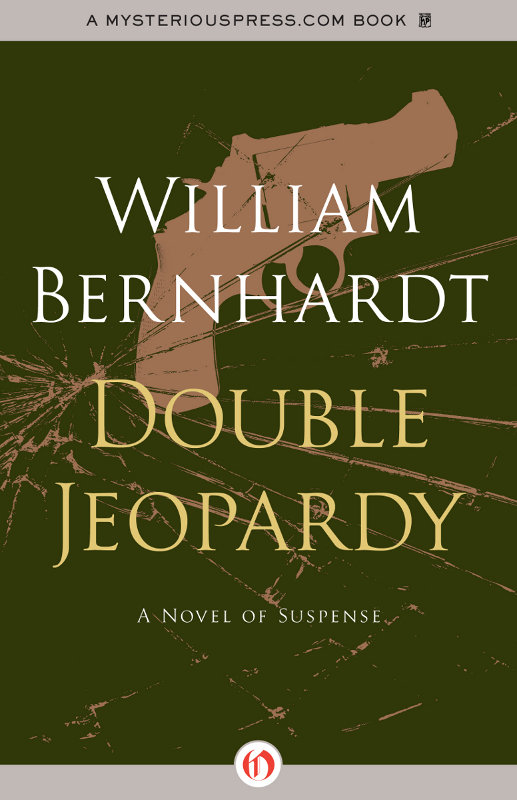 for getting this whole business started

It’s not what we don’t know that hurts.

It’s what we know that ain’t so.

Friends may come and go, but enemies accumulate.

T
HOMAS J. SEACREST, ESQ.,
kicked the sand on the north bank of Lake Palestine. According to the fluorescent-tipped hands on his new Fossil wristwatch, it was almost midnight, the appointed time. He looked all around, but he couldn’t see anyone. The night was pitch-black; the moon was hidden behind a dense cloud bank.

Seacrest harbored a terrible, humiliating secret: he was afraid of the dark. He had hated the dark when he was a boy, and he still hated it now, when he was thirty-two. He supposed in some respects boys never grow up, never overcome those primitive fears. Even though he knew of no legitimate cause for alarm, his hands shook and the short hairs on the back of his neck stood erect.

He lit a cigarette. That helped a little. The comfort did not come from the nicotine rush. In fact, Seacrest despised cigarettes almost as much as he despised the dark. The small, cold comfort came from the tiny glow given off by the burning ash.

He didn’t want to be here in the first place. If he could have avoided it, he would, have. But the man on the phone had been insistent; he possessed information—so he said—that could guarantee Seacrest would win the trial he was scheduled to start the day after tomorrow. Seacrest didn’t take the Rules of Professional Conduct any more seriously than necessary, but he couldn’t ignore an opportunity to slam-dunk a case for the client he was ethically obligated to “defend zealously.”

Seacrest blew smoke into the night sky. Still no sign of anyone. Damn, damn,
damn.
He knew he was in trouble the minute he was transferred to the firm’s litigation department. Litigation meant constant bickering, backstabbing, and conflict. He wanted to be a business attorney, pure and simple. That was what he loved—doing deals, analyzing contracts, plotting takeovers. Taking a corporation public—that was as close to heaven as this dirty little profession ever got. Unfortunately, after the recession hit the Southwest, big-bucks business deals became scarce. But everyone wanted to sue somebody. Exit business department, hello litigation.

Bad enough to have to handle civil litigation, but now he’d been appointed to a criminal indigent case as well. As luck would have it, he’d managed to draw the sleaziest slimeball he’d ever met. Personally, he wouldn’t cross the street to give this spitwad a dime. And now he was the man’s zealous advocate. Thank you, Judge Hagedorn.

Seacrest gazed out at the lake—a black, unreflecting sheet, like a mirror of his own dark soul. It was forbidding, but at the same time strangely compelling. He should spend some spare time out here, he thought. If only he had spare time. Maybe in a few years, after he made partner, after the firm started treating him in the manner that he deserved …

The deep voice erupted out of nowhere, shattering the silence. Seacrest leaped half a foot in the air, then landed off balance. The stranger reached out and grabbed his shoulder, preventing him from tumbling into the lake.

“Are you Seacrest?” the man with the deep, gravelly voice repeated.

Seacrest could barely make out the man’s features. He was tall and drawn, with a face marked by pocks and craters—disconcerting, especially in the dark. There was something deformed about the left side of his face. A scar, maybe? If so, it was a huge one.

“I’m Seacrest,” he answered, careful not to let his voice tremble. “Who are you?”

“You don’t need to know my name.” The man was standing unnaturally close. Seacrest could feel his hot, fetid breath on his cheek.

“Why did you want to meet?”

“I’m an old pal of your client, Al Moroconi,” the man replied. “I hear you’ve been doin’ some investigatin’.”

“You mean for the trial? What do you know about it?”

Seacrest tried to step away, but the man’s grip on his shoulder remained firm. “The prosecution won’t tell me shit. And Moroconi barely grunts. All I know is what little I’ve been able to figure out on my own.”

“You’ve been pokin’ your nose where it ain’t wanted. Doin’ some … corporate research.”

“That’s kind of my specialty.” Why was this stranger interrogating him? He was supposed to give
me
information, Seacrest recalled. Still, something about the man convinced him it would be best not to be difficult. “I haven’t worked out all the details, but I’ve definitely linked a corporate entity to Moroconi. Got the business records from the secretary of state. Got a list of the corporate officers.”

“That,” the stranger said, “was a big mistake.”

“A mistake? No, it was brilliant. See, what I did was—
ahhh
!” Seacrest’s speech became a scream as a stabbing pain radiated through his upper left leg.

“Oh, my God!
Oh my
—” Seacrest clutched his leg. “What was—
ahhh
!” His shriek split the night. Whatever the man had thrust into his leg had been removed. Seacrest could feel his own hot blood gurgling to the surface.

“An ice pick,” the man replied. “Trite, I know. But I saw somebody use one in a movie once and it looked like fun.”

“Oh God. Oh
God
!” The blood oozed through Seacrest’s fingers. “Are you going to kill me?”

“Oh no,” the man said. He began to smile as he pressed down on Seacrest’s shoulder. “Well, not at first, anyway.”

Seacrest fell onto the sandy bank of the river. He wanted to run, wanted to flee this brutal madman, but the aching in his limb immobilized him.

“Lighter fluid,” the man replied, still smiling. He doused Seacrest’s face, then his chest, then his groin.

“Please don’t,” Seacrest begged him. Tears sprang to his eyes. “I have a wife. I have a little boy.”

“That’s a goddamned shame.” The man vanished, then reappeared a second later. He was holding a blowtorch.

“Please—
no,
” Seacrest pleaded. “I’ll do anything. I’ve got some money. Friends in high places. I can get you anything you want. Anything at all.”

“ ’Fraid it’s too late for that,” the man said cheerily. He pushed a button, and blue flame surged from the nose of the blowtorch. “There’ll be a hot time in the old town tonight.”

T
RAVIS BYRNE LEANED AGAINST
the jury box, established eye contact with each of the jurors, and began his closing argument.

“Ladies and gentlemen of the jury, make no mistake about it. My client is an animal. He is vile. He is less deserving of your sympathy than the lowest vermin, the slimiest snake. He is entitled only to your disgust and your contempt.

“Do you think I enjoy sitting at that table with him? I don’t. Being near scum like him makes my skin crawl. Just looking at him sends shivers up my spine. You haven’t seen me feigning friendship with the defendant during this trial. For a reason. Because he is not my friend. He is the most revolting man I have ever met. If it were up to me, I’d lock him in a cell with no windows and throw away the key.”

Travis took a step back and folded his arms. “But that is not the law, ladies and gentlemen. The law proclaims that every man charged with a crime, even one as horrible as the offense you have heard described today, is entitled to a fair trial before a jury of his peers. If my client is convicted, it must be because you have determined not simply that he is a bad person, but that the evidence has proven beyond a reasonable doubt that he is guilty of the specific crime with which he has been charged.”

Maintaining eye contact with the jurors, Travis sidestepped to the prosecutor’s table. “Now, what is the charge that Ms. Cavanaugh has leveled against my client? Murdering a federal informant. As the judge will instruct you, that is a very specific, rather unusual crime. Most murders are tried in state, not federal, court. But by latching onto an obscure section of the United States Criminal Code, Ms. Cavanaugh has usurped the state authorities so that she can try this case in federal court and reap all the publicity attendant to a high-profile tragedy.”

Out of the corner of his eye, Travis saw Madame Prosecutor squirming. She wanted to object—to interrupt his flow, if for no other reason—but she knew it would irritate the jurors and do her more harm than good.

“What evidence do you have that Sally Schultz, a fourteen-year-old girl, was a federal informant? Very little, I think. Yes, the prosecution has inundated you with evidence that my client knew the girl. They have presented chilling, graphic evidence that he molested her on several occasions. And they have presented circumstantial evidence indicating that—to silence her—he took her life, in a slow, grisly fashion.

“But where is the evidence that Sally Schultz was an informant?” Travis pounded his fist on the prosecution table. “The evidence from the FBI agent, Mr. Banner, was that he had talked to Sally Schultz on one occasion, and that she had not decided whether she would testify. If she had agreed, if she had in fact been part of the FBI plot to ensnare my client at the time of her tragic death, then I would not be standing before you today.”

Travis planted himself front and center before the jury. He was a large man—heavy and big-boned, like a linebacker. The extra pounds around his gut were masked by his dark suit. Up close, he had an impressive bearing. “But that is not what happened. There had only been one conversation between Sally and Mr. Banner, and Sally had not made up her mind. If that single inconclusive conversation made Sally a federal informant, then any of us could become federal informants whenever the whim strikes an ambitious prosecutor. Clearly, that was not the intent of the law my client has been charged with violating.”

The Hidden Icon by Jillian Kuhlmann
Bad Luck and Trouble by Lee Child
Murder on the Edge by Bruce Beckham
Unlocking the Inner Sources of Passion and Fulfillment by Jack Morin
A Pure Clear Light by Madeleine St John
The Fire Child by Tremayne, S. K.
The Christmas Cantata (The Liturgical Mysteries) by Schweizer, Mark
Shaping Destiny by Hmonroe
Victorian Dream by Gini Rifkin
Coyote by David L. Foster
Our partner