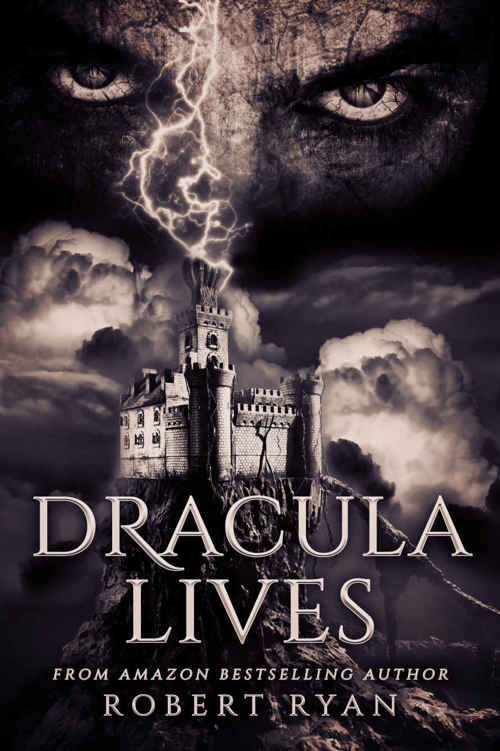 This novel is dedicated to all those who love the classic monsters from Universal Studios.

Where is the line between movies and real life?

Perhaps there isn’t one.

The severed hand hitched its way up the stairs in its relentless drive to kill the person it was directed to kill.

The hand was not human. It was a webbed humanoid thing. Long, scaly fingers with inch-long, needle-sharp claws deftly hooked into the carpet covering the stairs, again and again, until the hand flopped onto the landing. It scuttled across the Persian rug to the closed wooden door of the bedchamber. Catlike, the hand used its claws to dig into the wood and skitter up the door. The instant it reached the top, it released its grip and began falling. With a precision that spoke of long practice, it broke its fall by grabbing the handle. The maneuver turned the handle and jostled the door open a crack.

The hand dropped noiselessly onto the rug. Righting itself, it squeezed through the crack and scrabbled across the floor as though possessed. Clamping onto the wooden bedpost of the canopied four-poster, it wriggled up and flopped onto the bed.

The sleeper lay face up, under a satin sheet pulled up to just below the neck.

A few feet away, a tall man dressed in black stood beside the bed, watching the scene unfold through a pair of oversized goggles. A large glove on his right hand mimicked the movements of the beast with five fingers.

The hand clawed its way across the sheet with deadly purpose. Seconds later, it reached the exposed neck and clamped down.

The tall man dropped his gloved hand to his side. “Cut!” he said.

The hand from some alien world squeezed harder.

The sleeper’s eyes widened in alarm.

The sleeper struggled to pull the hand off, moaning in pain as the tugging only made the maniacal thing tighten its grip.

After an intense battle the tall man managed to pry the hand loose and toss it to the floor. Its fingers twitched erratically for a few seconds, then made a wobbly effort to crawl back to the bedpost. As the man bent to grab it, the hand fell over on its back and lay still.

Looking back at the sleeper, the man saw spots of red where some of the claws had pierced the flesh.

Annoyed, the tall man stared at his glove. “We shall have to test it again. All must be in readiness for our guest. There will be no time for retakes.”

It was a scene straight out of a horror movie.

Somehow, in the wilds of New England, a man claiming to have worked on the 1931 version of
Dracula
had re-created the setting from the film’s famous opening sequence. An exhilarating mix of curiosity and trepidation scurried through the veins of the lone passenger in the horse-drawn carriage. He was living out one of his all-time favorite movie fantasies: to be Renfield taking that maniacal ride through the Borgo Pass into the heart of vampire country.

Adam Quinn stuck his head out the window, wanting to fully savor the moment.

Seemingly in a race against the setting sun, the four-horse team sped along the top of a narrow, craggy ridge that ran down the middle of a deep gorge. Steep drop-offs on both sides meant almost certain death if they went over.

Quinn drew his head back inside the coach, amazed that his lifelong love of old Universal horror classics and obsessive research into their history—
Dracula
in particular—had led him to this.

The original production notes for
Dracula
listed a man named George Tilton as “production assistant.” Quinn’s exhaustive search for anyone associated with the horror classic had uncovered no mention of Tilton after the movie was released in 1931.

George Tilton was still alive. He’d changed names, but Quinn’s work as a consultant to law enforcement had gained him access to their databases. Tilton’s paper trail was sparse, almost as though he’d tried to erase any record of his existence. No birth certificate, no marriage or driver’s licenses, no credit cards, no bank accounts. What little there was ended with two legal documents filed in Boston in 1954.

On Halloween of that year, George had posted bail for Max Tilton. His fourteen-year-old son had been arrested for attempted murder. A search for the outcome of the case had led nowhere, and Quinn had wondered if some law favoring juveniles might have been used to get the records expunged.

The second document, dated in November, was the official record of George Tilton’s name change to Frederick Schreck. Quinn had recognized the significance of the alias at once.

The first screen version of Dracula had been the silent classic
Nosferatu
, in which Max Schreck had played the vampire. But Schreck’s first name wasn’t Max. It was Friedrich. Tilton had simply Americanized it to Frederick. First he’d named his son after the mysterious German actor, then he’d later done the same for himself.

Schreck was also the German word for
fear
.

It smacked of obsession.

Quinn took a slip of paper from the pocket of his fleece jacket. Unable to read the message in the feeble twilight, from another pocket he pulled out his keychain, which had a small flashlight attached. The incessant bumping of the coach forced him to steady his hand to keep the light focused. He re-read the printout of the e-mail he’d already read at least a dozen times since receiving it a few days ago.

I have found your knowledge of Dracula and film background to be most interesting. As it happens, I am deep into the final edit of a horror film I have been working on for quite some time. The editing will keep me occupied until Sunday evening. Then on Monday I must shoot the final sequence of what I like to think of as the greatest horror film ever made. This would not give us as much time as one might like for a leisurely visit, but if you would like to come Sunday evening and stay through Monday, aside from lively discussions about the glory days of Universal horror—which of course would include telling you the story of my connection to Dracula, and the powerful impact it has had on my life—your film background could be useful during the shoot.

If this is acceptable, you must agree to certain conditions.

My driver will pick you up at a time and place I will specify in a future e-mail. Your vehicle will be left at the meeting place and you will be brought to my home. You must agree to be blindfolded for the first leg of the journey. My driver will tell you when it is permissible to remove the blindfold. To borrow a phrase from Morbius in Forbidden Planet, please forgive the ill manners of an old recluse, but as far as is humanly possible, I like to keep the location of my sanctuary a secret.

Come at your own risk.

He had signed with the cryptic name
Markov
.

Quinn’s initial reaction had been annoyance at being ordered what to do, but the apology by way of
Forbidden Planet
had won him over, and on further reflection he had understood. Beyond the fact that decades of seclusion had obviously dulled the man’s social skills, his desire to protect his privacy was understandable. For all Quinn knew, he might be the first person allowed to visit in years. Maybe ever.

It was that final line that had bothered him the most:

Come at your own risk.

What risk could there be in going to visit a man who had to be somewhere around a hundred years old?

A mile or so back, the driver had pulled over to remove Quinn’s blindfold. Now, glancing uneasily at the precipice a few feet away, Quinn decided his host must have been referring to this dangerous ride.

He looked out at the ominous clouds beginning to roil in the darkening sky. Night was fast approaching, but at least the storm was holding off. This late in October the temperature hovered around freezing, which meant ice storms: mixtures of rain, sleet, and snow that made for the worst possible travel conditions.

A particularly severe bump launched him straight up from his seat. He landed with a thud and stuck his head out the window. He almost expected to see a bat at the reins, but the mysterious driver still clutched them in one hand, while the other hand whipped the horses as though getting to their destination was a matter of life or death. Unlike Bela Lugosi, whose face was visible in the carriage ride to the castle, this driver’s face was concealed by a cap and scarf. Only the eyes were visible.

Just as written in the original script.

The first fat drops of rain splatted against Quinn’s face, but he kept his head outside the window, wanting to take it all in: the strained clanking of the harness, the puffs of smoke coming from the nostrils of the hell-bent horses, the clatter of the wheels as they bumped and rattled over the dangerous terrain.

The carriage slid around a turn in the snaking path and gained speed. Massive black thunderclouds seethed and spread across the sky to smother the last gasp of the dying sun. Quinn’s eyes strained to follow the path ahead.

Perhaps a mile away stood the castle.

It appeared to be an exact replica of the one in the movie Quinn had watched dozens of times. Silhouetted against the encroaching darkness, it stood on a finger of rock that dropped precipitously away on all sides. Looming like a sinister shadow, the sprawling, jagged outline of turrets and battlements was not the product of any castle architect. Tilton/Schreck/Markov had faithfully reproduced the art design of
Dracula
. A red-tinged moon hovering over the gloom-shrouded pile perfectly complemented the sense of brooding menace.

A sudden spider web of lightning erupted around the moon and shot its filaments toward the roof, making the scene appear more out of
Frankenstein
than
Dracula
. In Quinn’s horror-steeped imagination, either the castle was a ground drawing electricity into itself, or the moon was the eye of God, hurling down His wrath against the evil within.

A single light shining in one of the rectangular upper windows sent a thrill of anticipation through Quinn. This wildly improbable journey into the world of movie horror he’d loved since childhood was exactly the escape he needed from the real horror of his everyday life.

The coachman eased to a stop in the porte-cochère at the entrance to the castle.

Gaslight from wall lanterns affixed to the four corners of the overhanging shelter made it a glowing oasis in the storm-wracked night. Quinn glanced at the huge wooden door with its large round iron knocker and smiled. He’d seen versions of that door in countless haunted castle movies.

He had barely clambered out of the coach with his two bags before the driver cracked the whip and the carriage disappeared into the night.