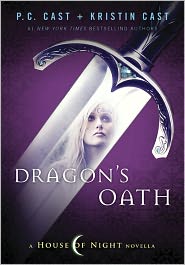 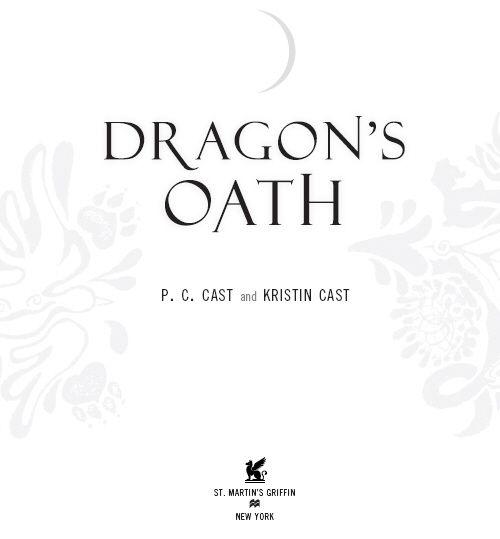 To all of our Warrior readers. We heart you!

As always, we’d like to acknowledge our agent and friend,
Meredith Bernstein, without whom the House of Night would not exist.

Thank you to our wonderful St. Martin’s Press family!

And a special thank-you to our friend, Kim Doner, who created the magickal art for this novella. It was a true pleasure to watch this story take form through her very talented pencil! 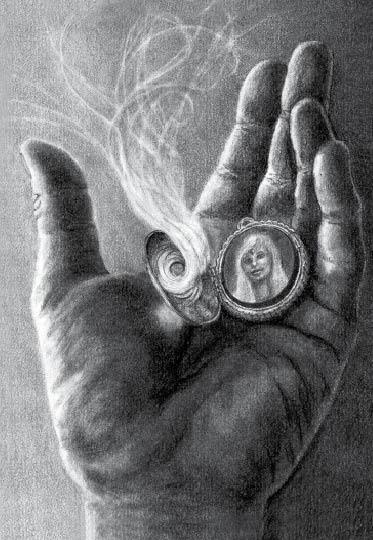 Anger and confusion stirred within Dragon Lankford. Was Neferet truly taking her leave of them so soon after the death of the boy and their goddess’s cataclysmic visit?

“Neferet, what of the fledgling’s body? Should we not continue to hold vigil?” With an effort, Dragon Lankford kept his voice calm and his tone even as he addressed his High Priestess.

Neferet turned her beautiful emerald eyes to him. She smiled smoothly. “You are right to remind me, Sword Master. Those of you who honored Jack with purple spirit candles, throw them on the pyre as you leave. The Sons of Erebus Warriors will hold vigil over the poor fledgling’s body for the remainder of the night.”

“As you wish, Priestess.” Dragon bowed deeply to her, wondering why his skin felt so itchy—almost as if he was covered in dirt and grime. He had a sudden inexplicable desire to bathe in very, very hot water.
It is Neferet,
his conscience spoke softly to him.
She has not been right since Kalona broke free of the earth. You used to feel that …

Dragon shook his head and set his jaw. Peripheral events did not matter. Feelings were no longer important. Duty was all encompassing—vengeance was utmost.
Focus! I must keep my mind on the job at hand!
he commanded himself, and then nodded quickly to specific Warriors. “Disperse the crowd!”

Neferet paused to speak to Lenobia before she departed from the center of the campus and headed in the direction of the professors’ living quarters. Dragon barely spared her a look. Instead, his attention was pulled back to the fiery pyre and the boy’s flaming body.

“The crowd is being dispersed, Sword Master. How many of us shall remain to watch by the pyre with you?” asked Christophe, one of his senior officers.

Dragon hesitated before he answered, taking a moment to center himself as well as to absorb the fact that the fledglings and professors who were milling uncertainly around the brightly burning pyre were obviously agitated and thoroughly upset.
Duty. When all else fails, turn to duty!

“Have two of the guards escort the professors back to their quarters. The rest of you are to go with the fledglings. Be quite certain they all return to their rooms. Then stay close to the dormitories for the remainder of this terrible night.” Dragon’s voice was rough with emotion. “The students need to feel the protective presence of their Sons of Erebus Warriors so that they can, at least, be certain of their safety, even if it seems they can be certain of little else.”

“I will stay with Jack.” Dragon spoke in a tone that allowed no interference. “I shall not leave the boy’s side until the red glow of his embers turns to rust. Do your duty, Christophe; the House of Night needs you. I will see to the sadness that remains here.”

Christophe bowed and then began calling out commands, following the Sword Master’s orders with cold efficiency.

It seemed only seconds had passed when Dragon realized he was alone. There was the sound of the burning pyre—the deceptively soothing pop and crackle of the fire. Except for that, there was only the night and the vast emptiness in Dragon’s heart.

The Sword Master stared into the flames as if he could discover the balm that would soothe his pain within them. The fire flickered amber and gold, rust and red, reminding Dragon of a delicate piece of jewelry—unique, exquisite, tied to a strand of velvet ribbon the color of fresh blood …

As if moving of its own accord, his hand went into his pocket. His fingers closed around the oval disk he found there. It was slim and smooth. He could feel only the faintest hint of the bluebird that once had been etched so clearly and beautifully on its face. The golden piece rested snugly in his hand. He cupped it, protected it, held it, before he slowly drew out his hand, the locket nestled within it. Dragon twined the velvet ribbon through his fingers, rubbing it with his thumb in a familiar, absentminded motion that spoke more of habit than thought. Expelling a deep breath that sounded more sob than sigh, he opened his palm and looked down.

The light from Jack’s pyre flitted across the locket’s golden surface. It caught the bluebird design.

“Missouri’s state bird.” Dragon spoke aloud. His voice was devoid of emotion, though the hand that held the locket shook. “I wonder if you can still be found wild, perching in the sunflowers that overlook the river. Or did your beauty and those of the flowers die out, too, along with everything else lovely and magickal in this world?” His hand closed on the locket, gripping it so tightly his knuckles turned white.

And then, as quickly as his fist had closed, Dragon released his hold on the locket, opening his hand and turning the gold oval over and over reverently. “Fool!” His voice was ragged. “You could have broken it!” Trembling fingers fumbled with the clasp, but when he finally unlatched it the golden piece opened easily, unharmed, to display the tiny etching that, although faded by time, still showed the smiling face of the petite vampyre whose gaze seemed to catch and hold his.

“How can you be gone?” Dragon murmured. One finger traced the old portrait on the right side of the locket, and then moved to the left half of the piece of jewelry to stroke the single blond curl that nestled there over the empty space where his youthful picture had once been. His gaze turned from the locket up to the night sky and he repeated the question louder, from his soul, crying out for an answer. “How can you be gone?”

As if in response Dragon heard echoing in the night air the distinctive croaking caw of a raven.

Anger rushed through Dragon, so hard and hot that his hands once again trembled—only this time he did not shake with pain and loss; he shook with the barely controlled need to strike out, to maim, to avenge.

“I will avenge her.” Dragon’s voice was like death. He looked down at the locket again and spoke to the shimmering blond curl it held. “Your dragon will avenge you. I will set to right what I allowed to go wrong. I will not make the same mistake again, my love, my own. The creature will not go unpunished. On that I pledge to you my oath.”

A gust of wind, hot from the pyre, blew suddenly strong. It lifted the lock of hair and, while Dragon fumbled unsuccessfully to stop it, the curl floated out of his reach up, up, up on the heated draft, almost feather-like. It hovered there and then, with a sound much like a woman’s gasp of surprise, the hot wind changed, inhaling, drawing the lock of hair down into the fiery pyre where it was turned to smoke and memory.

“No!” Dragon cried, falling to his knees with a sob. “And now I’ve lost the last of you. My fault…,” he said brokenly. “My fault, just as your death was my fault.”

Through the tears that filled his eyes Dragon watched the smoke from his beloved mate’s lock of hair whirl and dance before him—and then begin to shimmer magickally, changing from smoke to a dusting of green and yellow and brown sparkles that continued to curl around and around until they began to separate and form distinct parts of an image: the green sparkles became a long, thick stem—the yellow delicate petals of a flower with the brown circling within them to become its center.

Dragon wiped his eyes clear of tears, hardly able to believe what he was seeing. “A sunflower?” His lips felt as numb with shock as his brain.
It is her flower!
his mind shouted.
It must be a sign from her!
“Anastasia!” Dragon cried as numbness gave way to a terrible, wonderful wave of hope. “Are you here, my own?”

The image of the shimmering sunflower began to waver and change. The yellow flowed down in a cascade that became golden blond. The brown lightened to the color of sun-kissed skin, and the green melted down within the skin, swirling and morphing into shining orbs that became eyes that were turquoise and familiar and dear.

“Oh, goddess, Anastasia! It is you!” Dragon’s voice broke as he reached out for her. But the image lifted–a glowing tease just beyond his fingertips. He cried out in frustration and then stifled the sound of his misery as his mate’s voice began to spill around him like a musical stream over water-worn pebbles. Dragon held his breath and listed to the ghostly message.

I’ve bespelled this locket, for you: my own, my mate.

The day has come when death forced us to part.

You must know that for you, forever, I shall wait.

So until we meet again I hold your love safely within my heart.

Remember, your oath was to temper strength with mercy.

No matter how long apart we shall be, I hold you to that oath

The image smiled once at him before it lost its form and returned to smoke and then nothingness.

“My oath!” Dragon shouted, surging to his feet. “First Nyx and now you reminding me of it. Do you not understand that it is because of that cursed oath that you are dead? Had I chosen differently those many years ago, perhaps I could have kept all of this from happening. Strength tempered by mercy was a mistake. Do you not remember, my own? Do you not remember? I do. I will never forget…”

As Dragon Lankford, Sword Master of the House of Night, held vigil over the body of a fallen fledgling, he stared into the burning pyre and let the flames take him back so that he could relive the pain and the pleasure—the tragedy and the triumph—of a past that had shaped such a heartbreaking future. 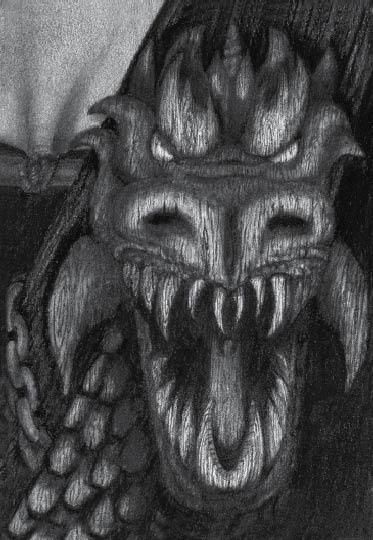